There's only one act big enough to close out Summerfest - and that's three acts Sunday night, with ScHoolboy Q, Snoop Dogg and Lil Wayne sharing the stage together for the only time this year, giving the Big Gig a one-of-a-kind curtain closer.

Slurp up these festival stories packed with vitamins, minerals and everything you need to spike your summer fun. The Summer Festivals Guide is brought to you by Punch Bowl Social. Come on in – it’s time we all win at adulting.

There's only one act big enough to close out the World's Largest Music Festival – and that's three acts, with ScHoolboy Q, Snoop Dogg and Lil Wayne sharing the stage together for the only time this year, giving the Big Gig a one-of-a-kind curtain closer on Sunday night. The rap trio blazed (in the latter's case, quite literally – as you would expect) through their respective sets, coming just a half-hour short of extending Summerfest into a Day 12 and the early hours of Monday morning.

Here were the most memorable parts of a memorable final night at Summerfest. 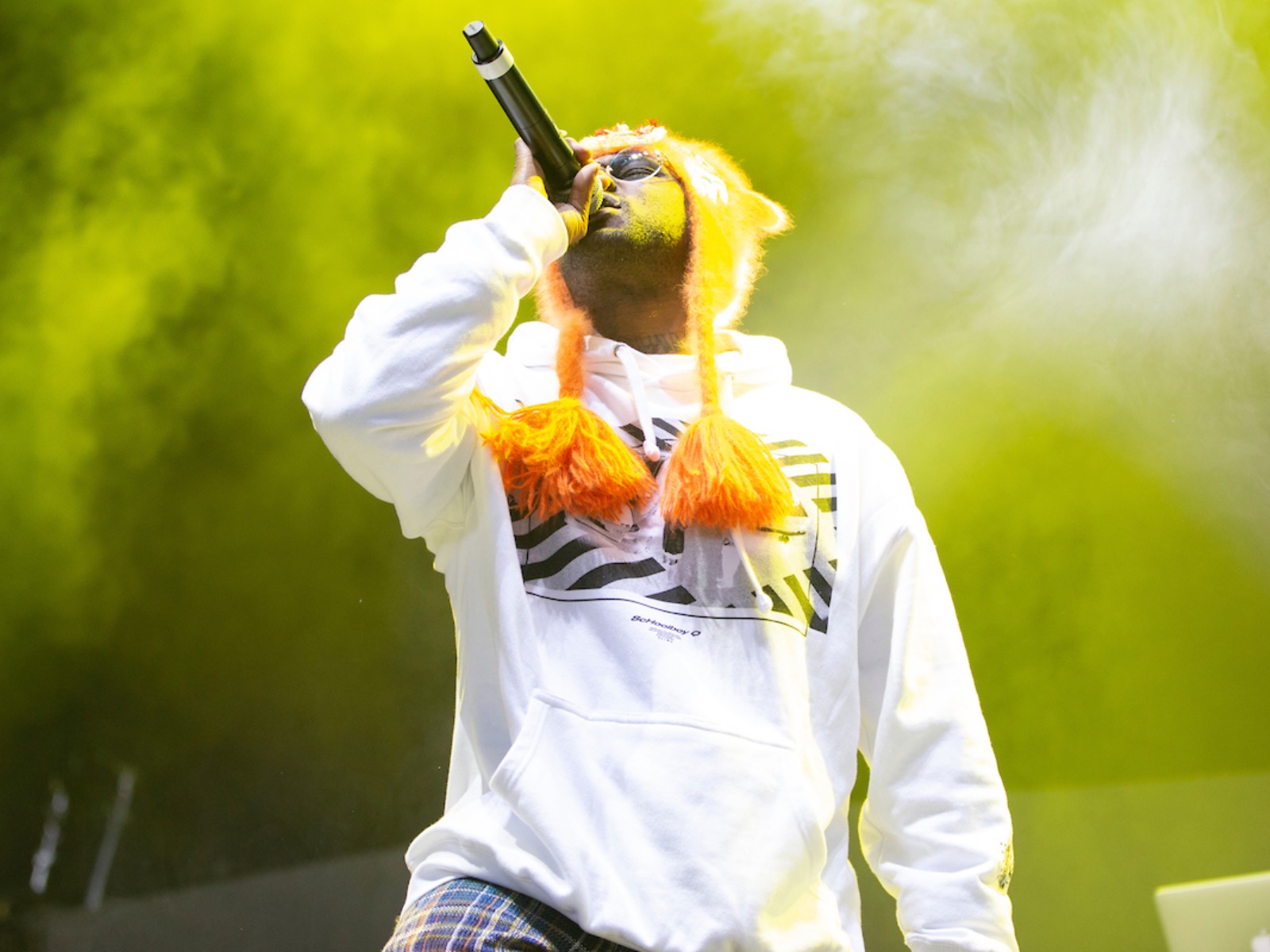 ScHoolboy Q may have been relegated to opener status, given just a 40-minute slot to do his work, but he made the most of it – as a musician and as a stand-up comedian. Sure, he played several of his hits – "Collard Greens," "Chopstix," "Water" and many more – in a very impromptu-feeling show, working on the setlist with the DJ right on stage and sometimes even changing lanes mid-song.

The part most walked out remembering, however, was his playful comedy chops, busting out a tight five about arriving overdressed to the show before ditching his winter hat and even his shoes, then roasting fans out in the crowd – from a guy in a Mavs shirt ("They haven't been good since Dirk") to a mom in the front row who may or may not have put a spell on him and anyone else in eyeshot. That included himself too, ripping on his receding hairline and especially near the end when the rapper got the "eight more minutes" warning offstage – something the headliner-worthy act hasn't heard in a while and definitely not after barely a half-hour.

But when you get the chance to open for Lil Wayne and Snoop Dogg, he explained, you have to take it. (He teased that he'll be back on the road headlining later this year – with hopefully a Milwaukee stop along the way.)

The result was a very entertaining start to the night – and a strong audition tape to open next time for Kevin Hart.

2. Snoop goes to the strip club 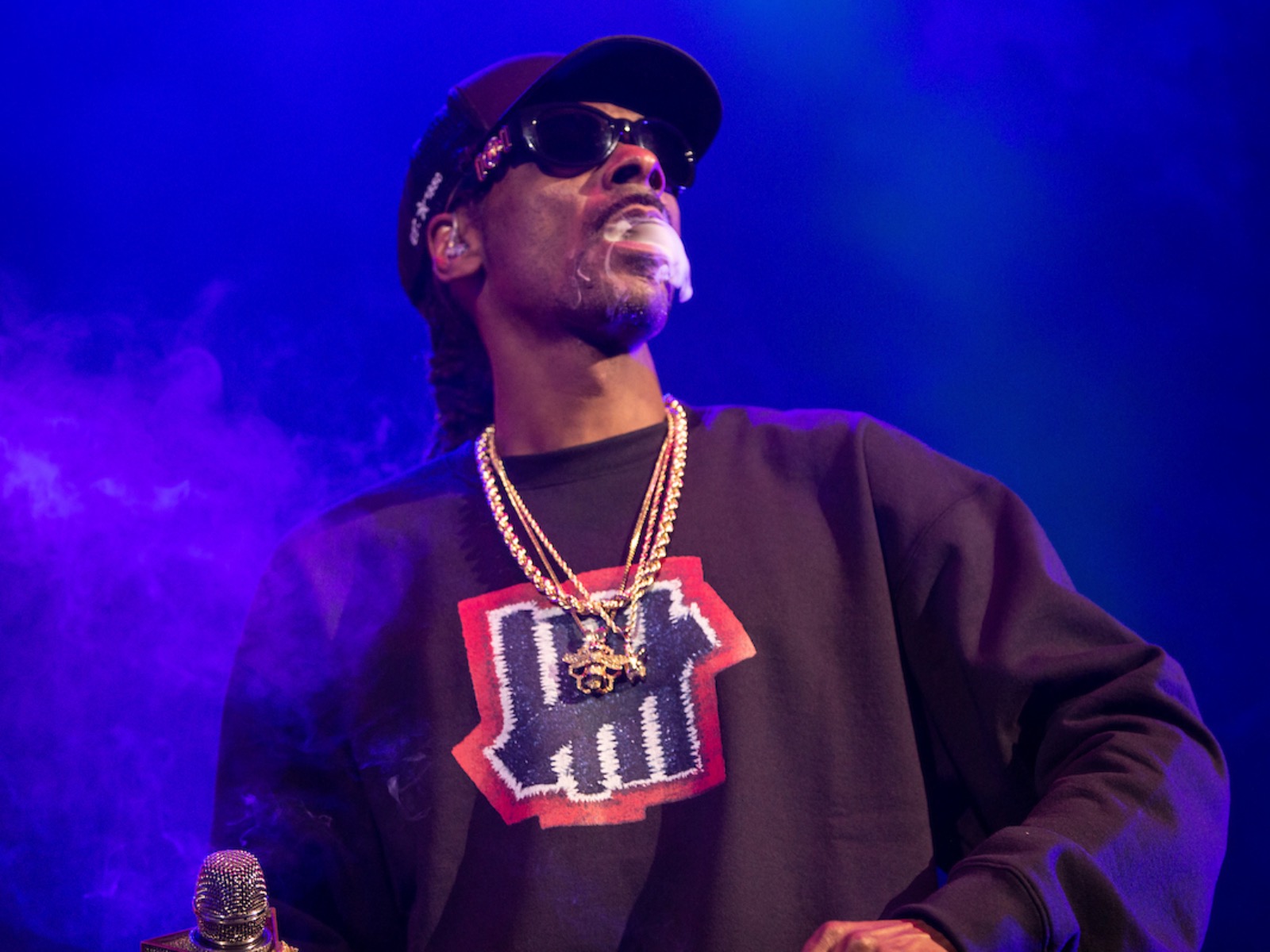 For the second time in less than a week, the Amp took a trip to the strip club. First Jennifer Lopez took her audience to the club for her headline act, then Sunday night it was Snoop's turn to make it rain, surrounding the stage with four pole dancers during numbers like his Akon feature on "I Wanna F*ck You" and "Drop It Like It's Hot," and busting out a money gun to reward their hard twerk. He was also joined in the makeshift strip club by a Snoop Dogg mascot, who brought out his big ... let's call it a tail. So that was an image. 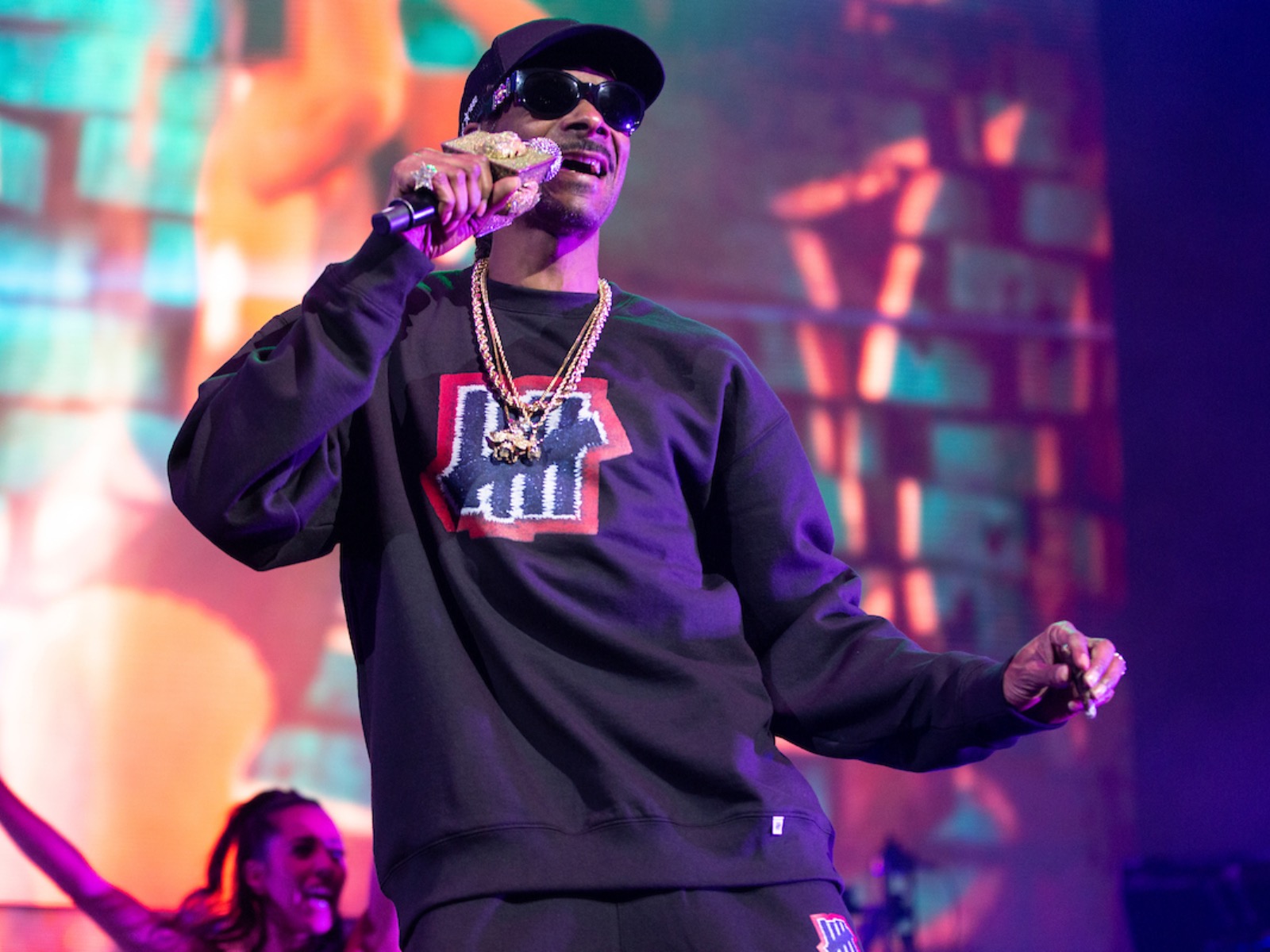 So here's an unexpected sentence: Snoop Dogg's set reminded me a lot of Willie Nelson's show earlier during Summerfest. (And not for the reason you're thinking.) In addition to playing the hits old ("Gin & Juice," "Nuthin' But a G Thang") and new ("Young, Wild and Free," "Drop It Like It's Hot"), both made their sets into almost a music history lesson, running through some classics –namely ones from fallen friends no longer with us, including hits from Nipsey Hussle, Easy E, The Notorious B.I.G. and Tupac on Sunday night. Consider it Snoop Dogg's version of an in memoriam segment – and consider it very entertaining.

He may not have been in the headliner spot – that belonged to Lil Wayne – but the effortlessly cool D-O-Double G had the set of the night. 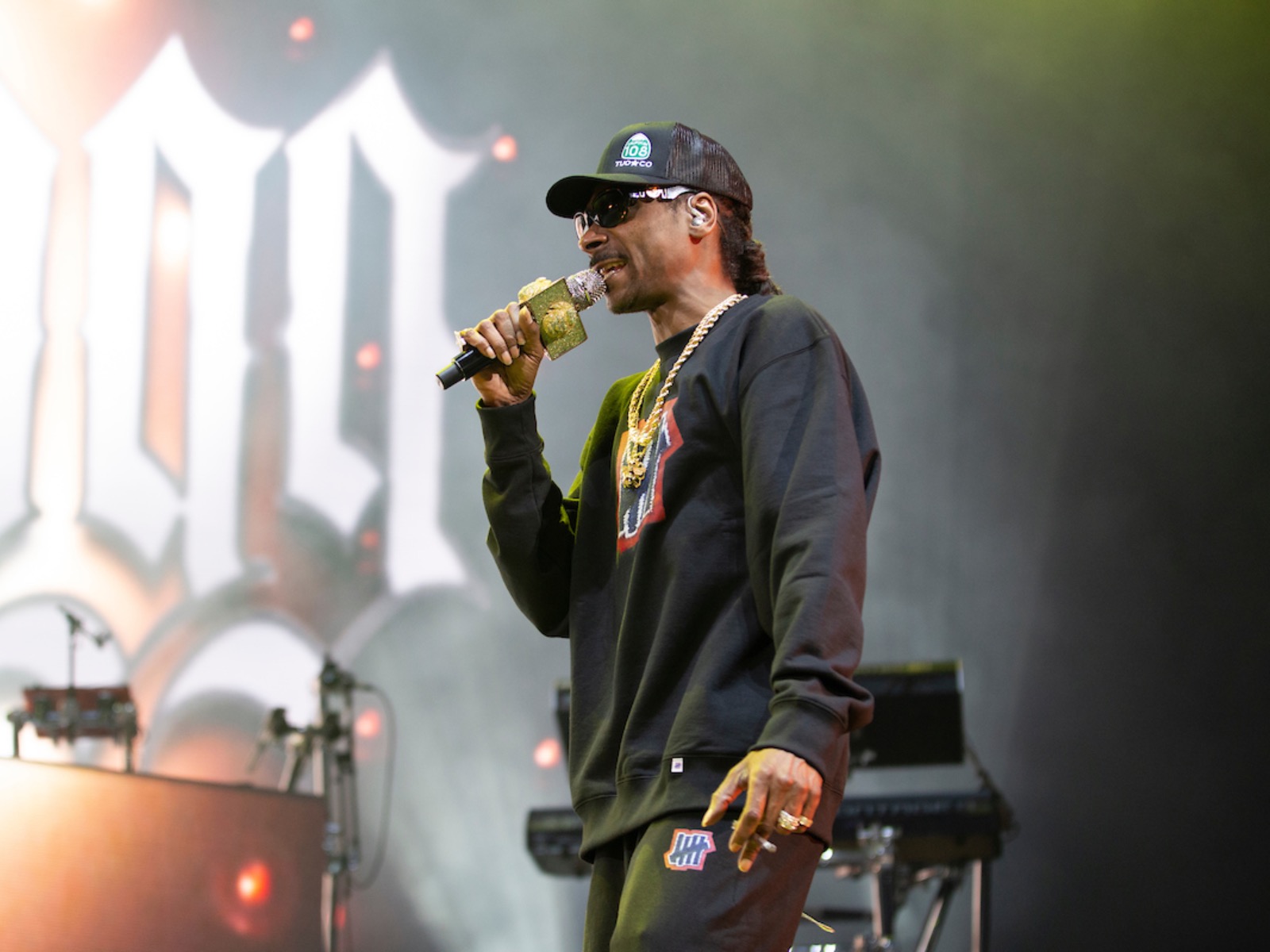 After topping off his fun, easy-going and summery set with "Young, Wild and Free," Snoop Dogg was almost ready to leave the Amp stage – but something caught his eye in the front row. A woman up front got Snoop's attention, and during their short conversation, he asked for her unique cane. She obliged, and he walked off the stage with even more style then when he walked on. (And don't worry; he told the fan to come backstage so he could return the cane – though I'm sure she would've been fine gifting it to the legendary rapper for good.) 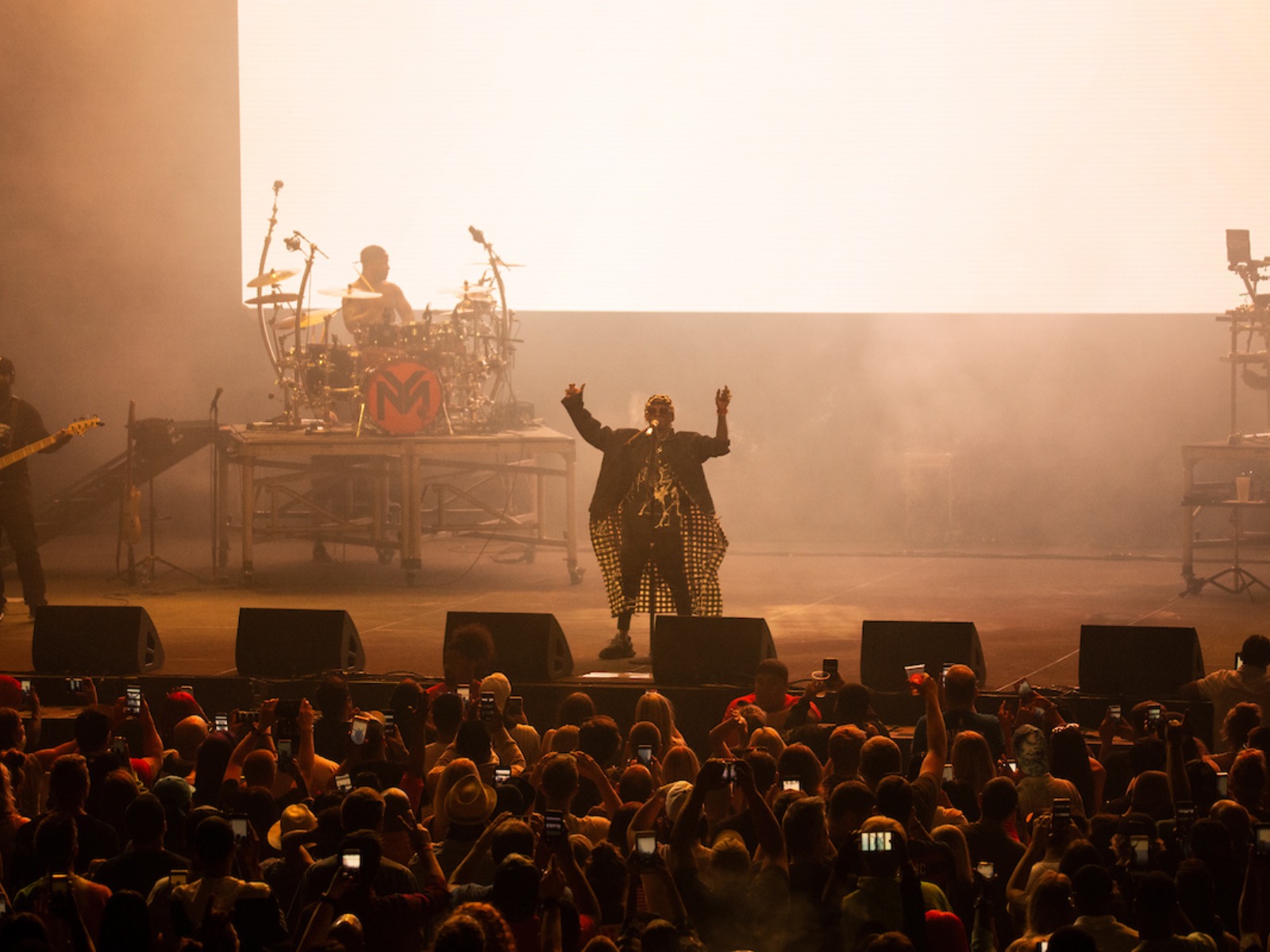 After 11 days of fun, Lil Wayne got to take the title of the last official act of Summerfest 2019, coming on just before 10:30 p.m. with a full rock band. But while the rapper's energetic and grateful set seemed to be rock-forward, with each song getting a grungy and growling guitar-centric makeover – "Lollipop" was almost unrecognizable – it was his feature picks (including his guest bits on Drake's "The Motto" to "No Problem" from Chance the Rapper) and his mixtape selections that got the crowd jamming out with Lil Wayne the most. 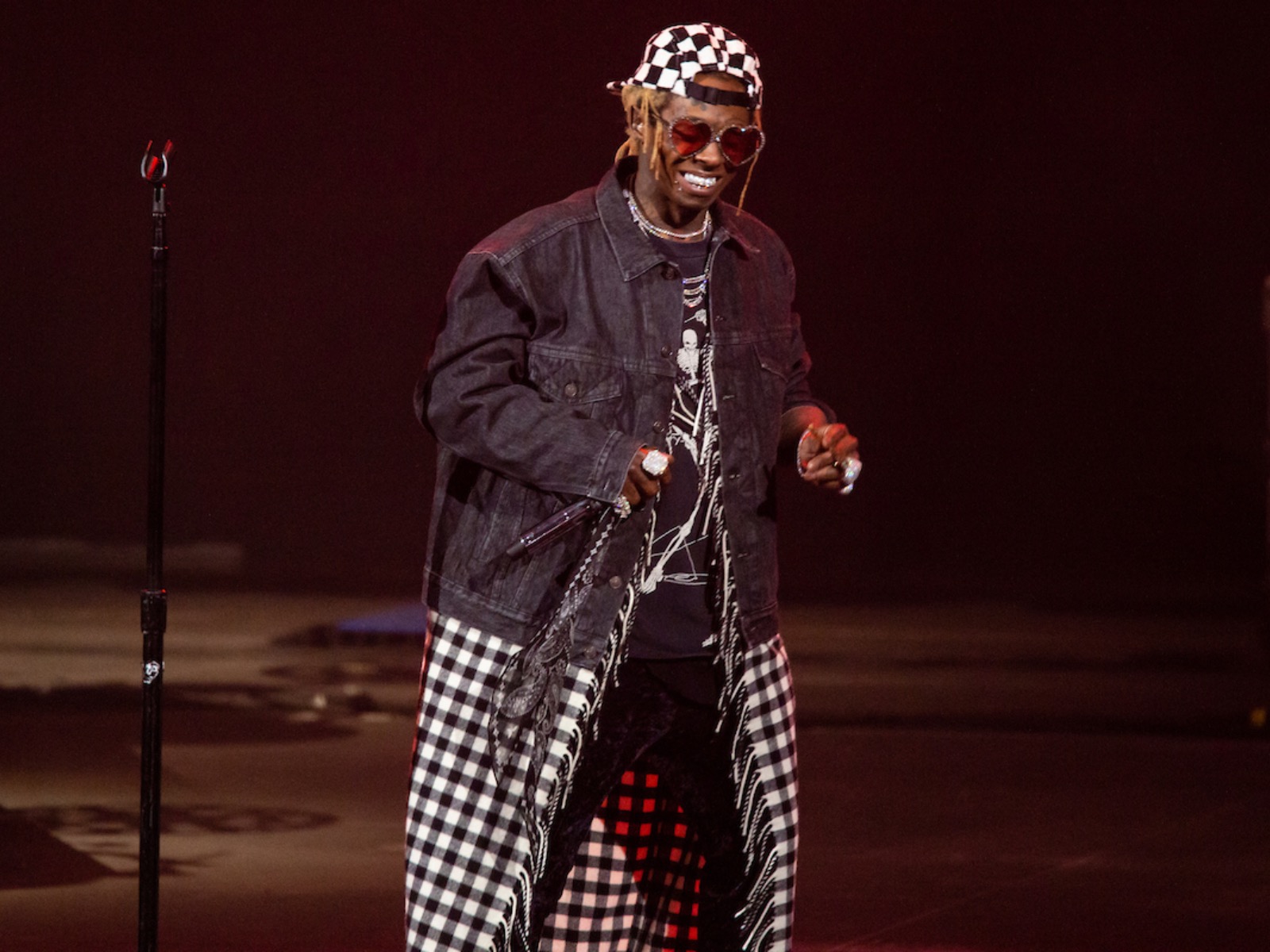 Lil Wayne may be famous for his love for the Green Bay Packers, but while the Amp crowd missed out on a rendition of his famed remix "Green and Yellow," another Milwaukee sports team got a shoutout Sunday night from Tunechi. Near the end of the night, Andre Colbert – a Milwaukee native, skater on Lil Wayne's Young Money skate team and member of Lil Wayne's backstage entourage Sunday night – came out wearing a Giannis Antetokounmpo jersey to give the night's headliner a hug, which was just the excuse the notable Lakers fan needed to give his prediction for the upcoming NBA season. His verdict: The Bucks are going all the way. Wow, another brutal blow to the Lakers this offseason.