Now in its third year, the permanent Summerfest Store on the festival grounds is offering more swag than ever for the 2019 Big Gig. Here's a look at some of the new merch.

Now in its third year, the permanent Summerfest Store on the festival grounds is offering more swag than ever for the 2019 Big Gig.

TSMGI produces merch for other festivals, too, like the Wisconsin and Indiana State Fairs, but Summerfest is their biggest event of the year, and the client that’s closest to the company’s heart. Elias will be running the show, each and every day. "Noon to midnight, usually later," he says.

So on day one, inside the air conditioned store located just south of the Miller Lite Oasis, Elias took us on a tour of what’s new. Most of these items are also available online, and while some are restocked throughout the fest, others are gone once they sell out. 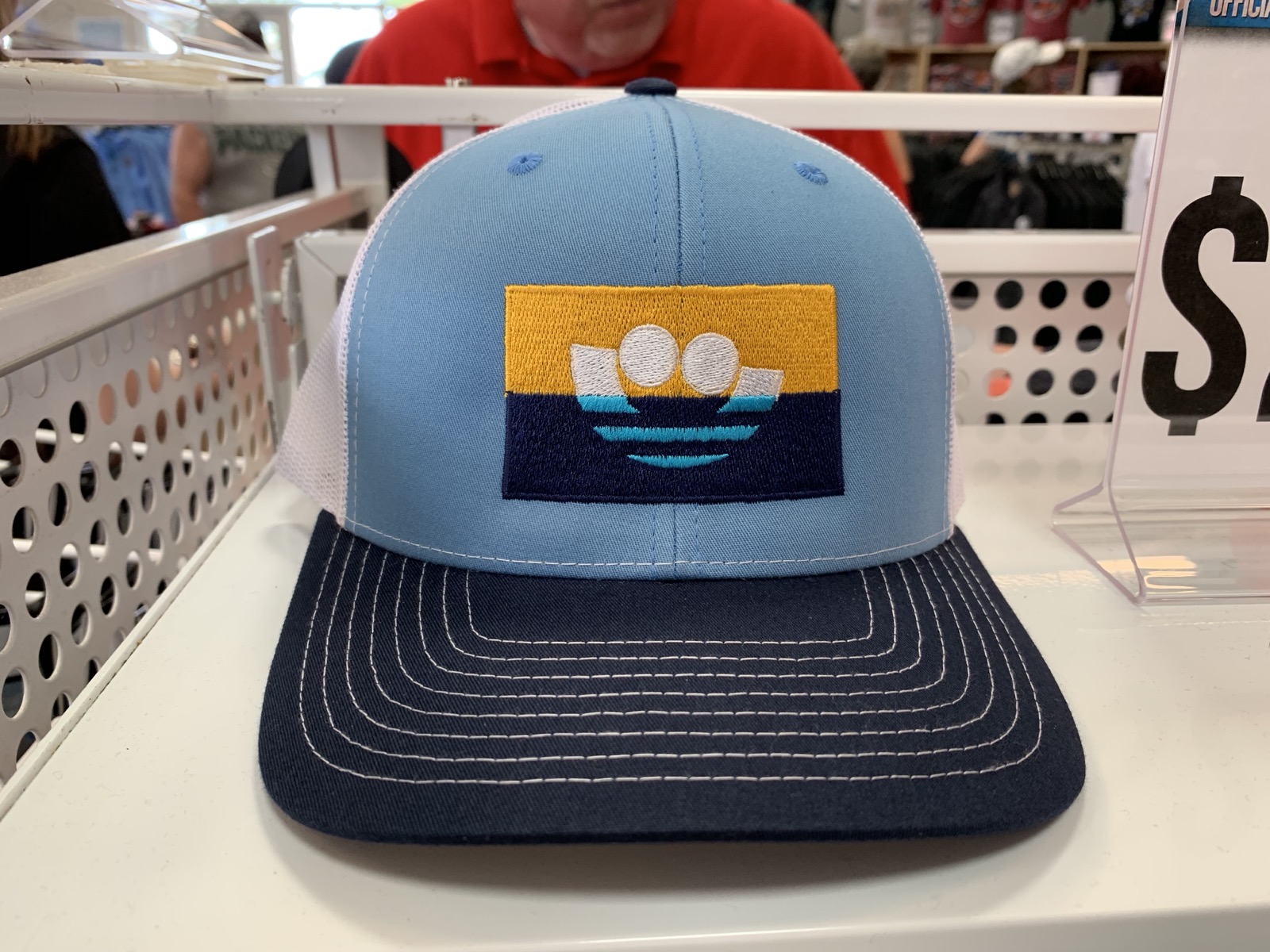 "I think this is really gonna resonate," says Elias. "Instead of a setting sun we have a setting smile." In addition to the trucker cap, Summerfest also sells a version on T-shirts, socks and stickers. 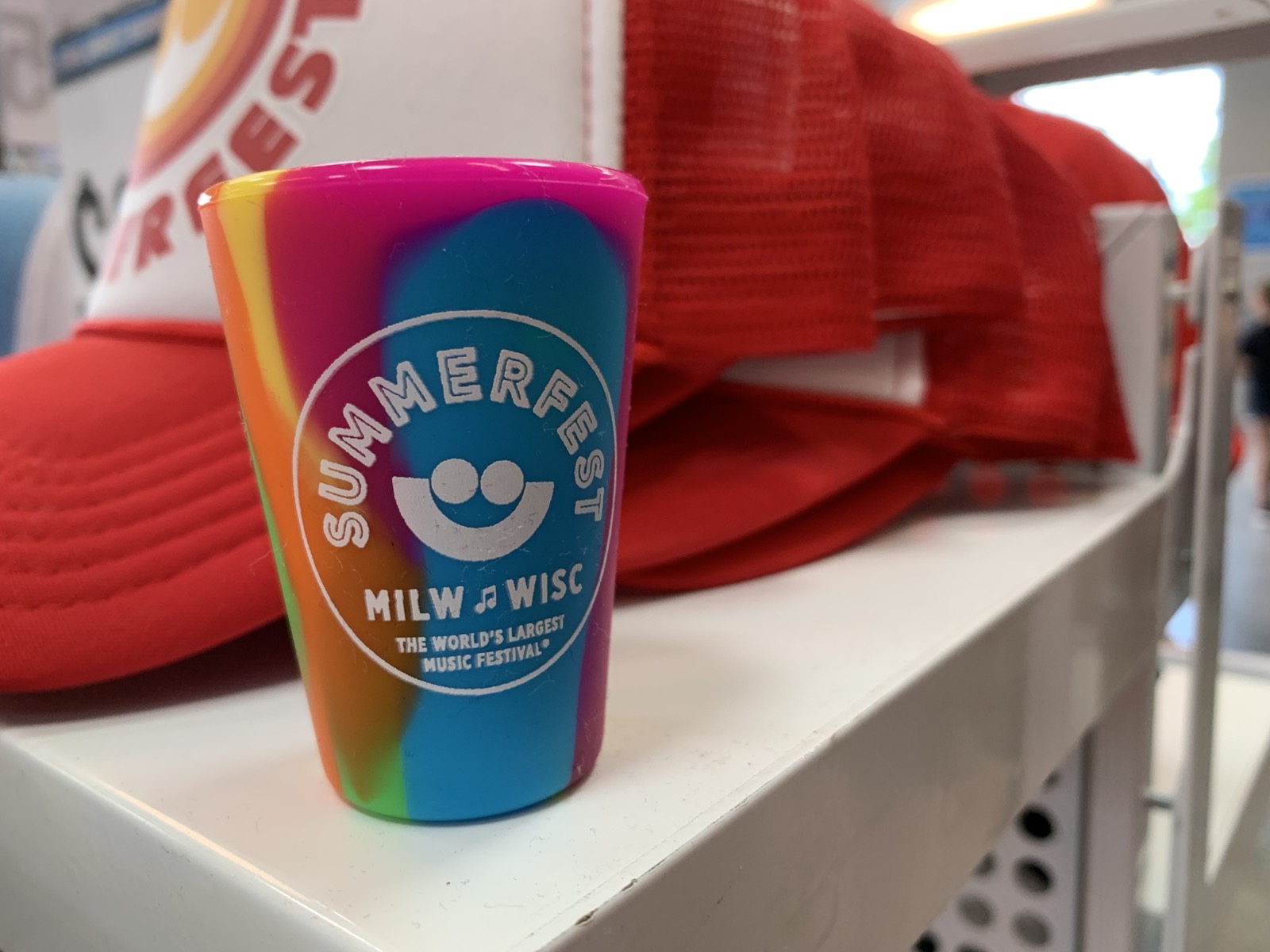 You can throw (or drop) this rubbery shot glass on the ground, and it won’t break. Colorful and dishwasher safe, Elias says this item will move fast. Says Elias, "Most of the items we can replenish throughout the festival some of the items we can't. So toward the end of the festival, expect slightly less selection." 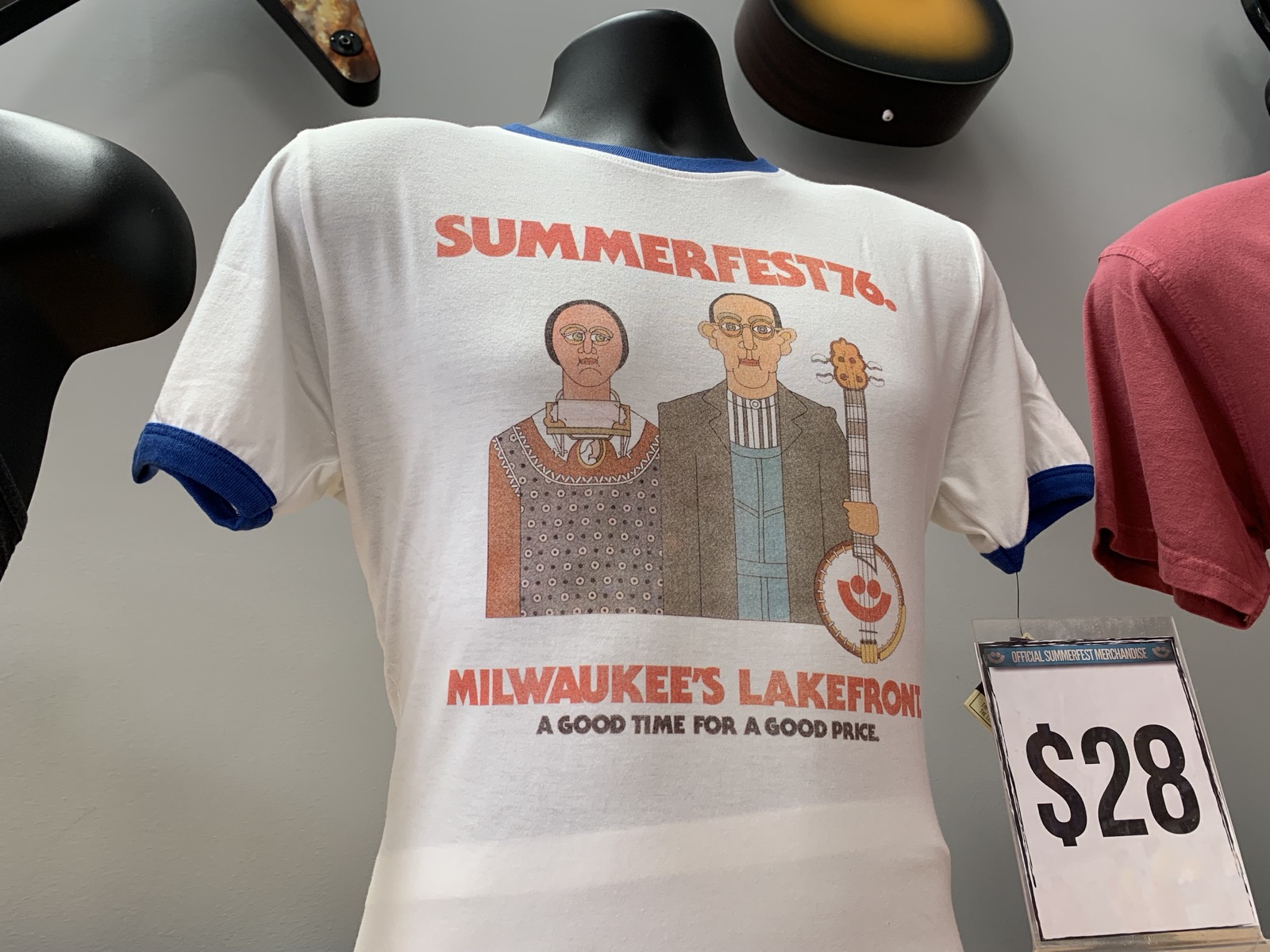 Taken from the program from the 1976 Big Gig program, this take on American Gothic has a very modest slogan you can’t help but love: "A good time for a good price." Says Elias, "It's very cool, very vintage-y, so we brought it back." 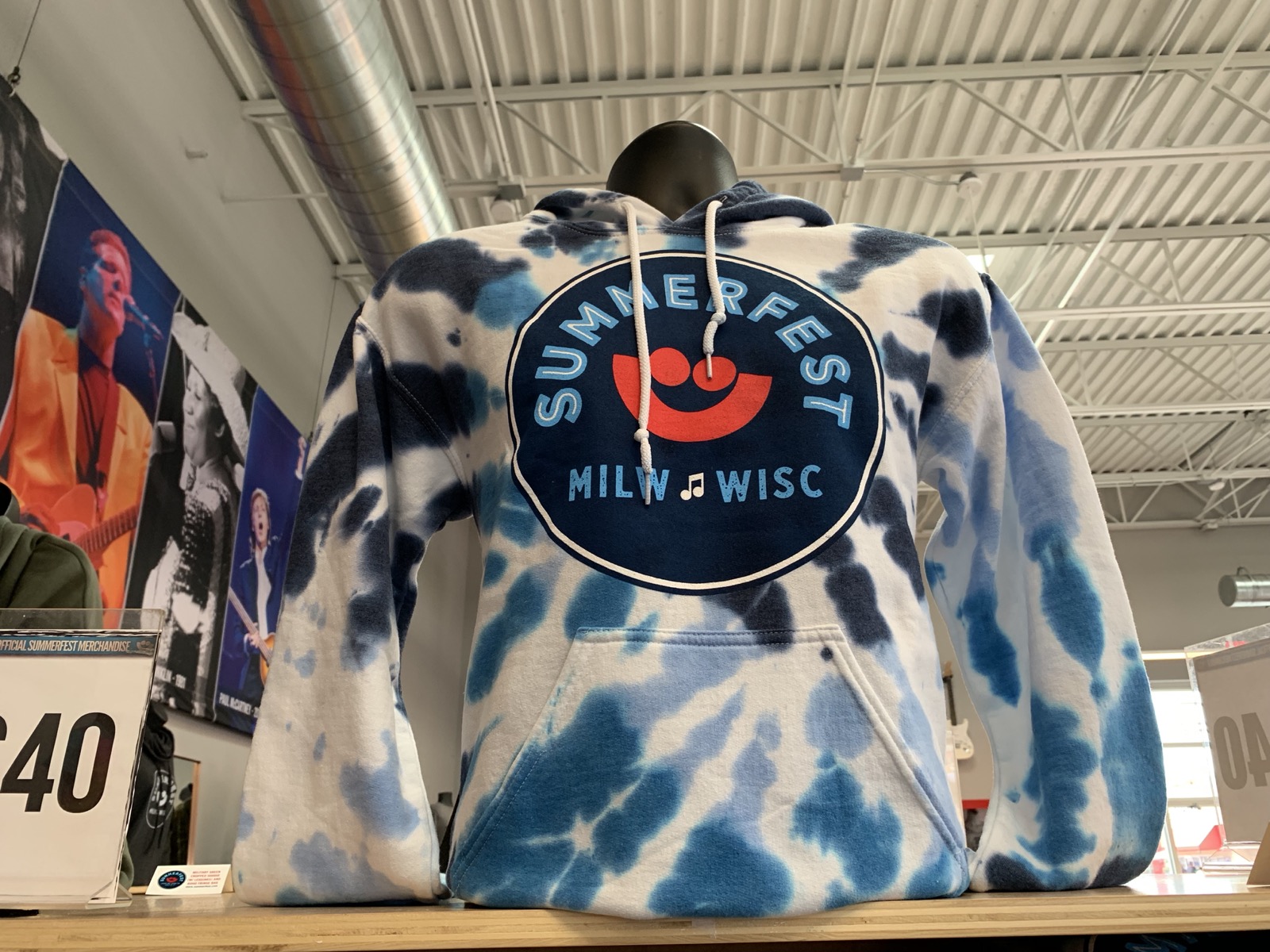 Elias says he doesn’t know why tie dye continues to be so popular, but this year, they tried a hoodie and it’s selling fast. 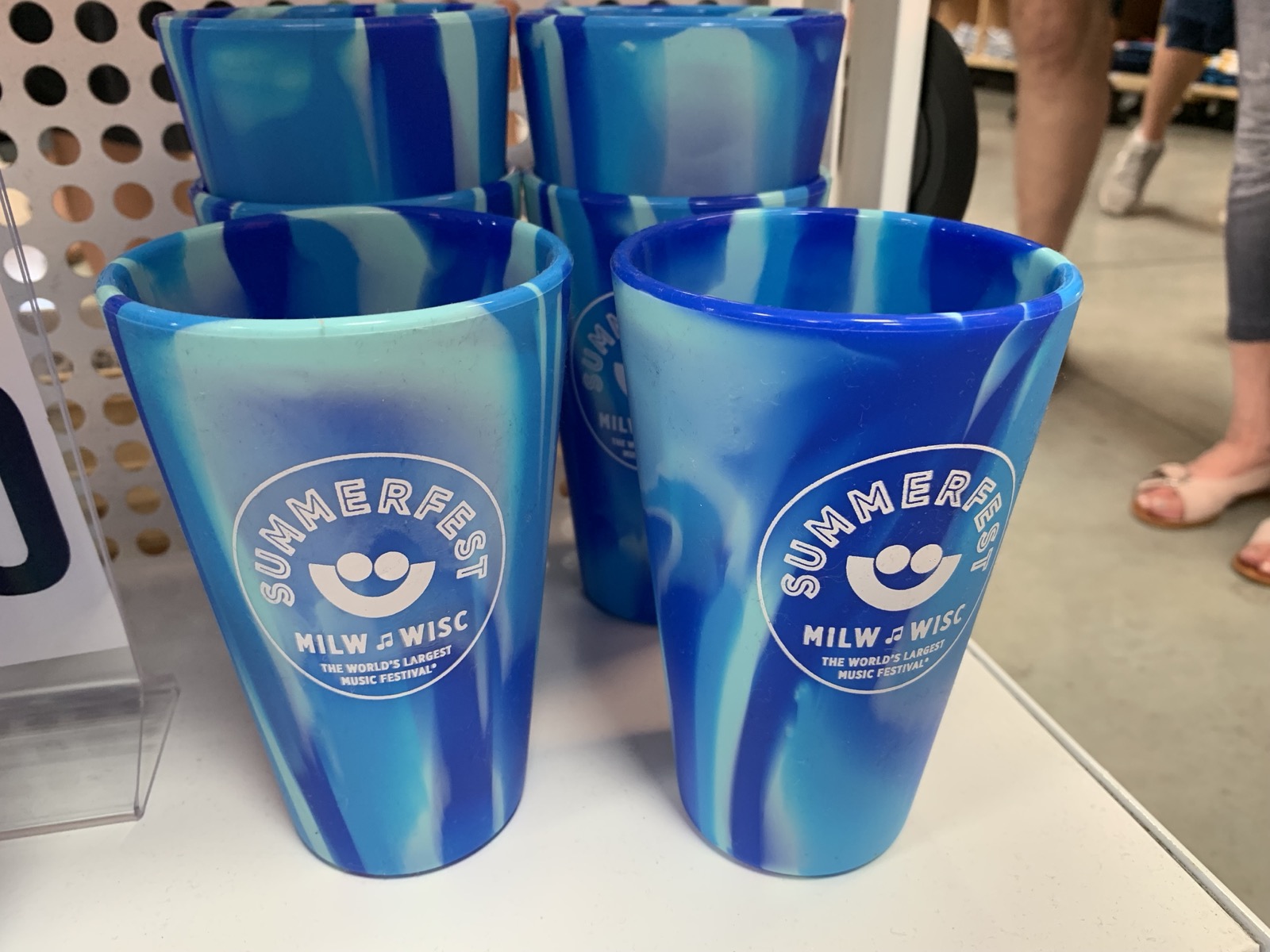 The bigger brother of the shot glass, this $15 unbreakable tie dyed cup is perfect for picnics or tipsy drinkers who tend to drop things. It’s BPA-free, dishwasher-safe, microwave-safe and non-bacterial.