Ray LaMontagne brings a lot of the new, little of the old to his Big Gig set

A sea of fans filled the bleachers at the Harley-Davidson Roadhouse at the Summerfest grounds to see the soulful Ray LaMontagne, who delivered a lot of new material but little of the old stuff that made those fans love him in the first place.

Ray LaMontagne sprang onto the scene ten years ago with his geniusly soulful and comforting "Trouble." Songs like "Hold You in My Arms" and "Trouble" resonated in the hearts of those who listened; Ray LaMontagne’s voice and its raspy, yet smooth tones paired with the simplistic live acoustics awakened the senses and made you feel … good. He gave you honest music filled with raw feeling, and it was amazing.

Now on his sixth album, LaMontagne comes with a slightly different sound; however, he tends to stay true to his folk blues roots in some way. He’s currently on tour for his new album "Ouroboros," a two-part piece of work produced by My Morning Jacket frontman Jim James. "Ouroboros" features his funky lead single, "Hey, No Pressure." His new album has more of a rock n’ roll feel compared to some of his older works, conveying his message through intense instrumentals and less lyrics.

A sea of fans, old and new, filled the bleachers at the Harley-Davidson Roadhouse at the Summerfest grounds to experience the soul that is Ray LaMontagne. One thing that Ray LaMontagne and his band did tonight was deliver great passion within every instrument they played and every note they sang. The instrumentals were substantially satisfying, especially those coming from his phenomenal long-haired guitar player — the man was, no doubt, giving us every bit and piece of him in every chord. 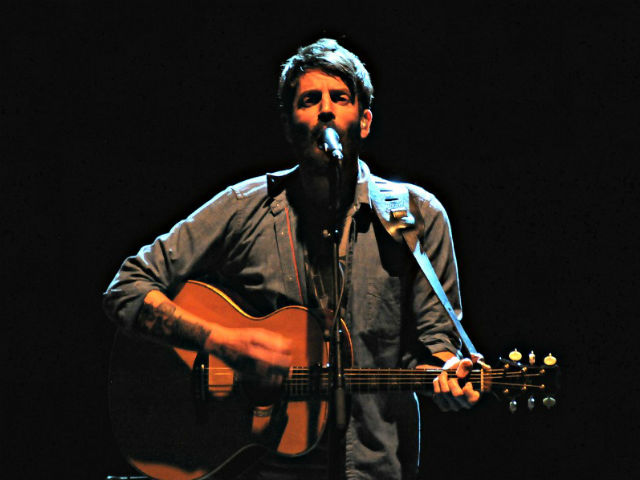 Amongst LaMontagne’s Summerfest set included tracks like "The Changing Man," "While It Still Beats" and "Hey, No Pressure," but it lacked many of his classics. In fact, after the first few songs, a slew of people began pouring back into the Summerfest crowd. It might have been due to LaMontagne’s switch to a highly mellow number of songs from his new album, territory he remained in for much of the night. It sounded lovely, but after a few cold ones and a long day in the sun with some dance moves factored in, it can be more of a lullaby than a concert. There’s nothing wrong with taking it slow, but the tempo needs to come up just a little at that time of night.

He eventually answered our prayers and kicked it up a notch with "Drive-In Movies," a hit from his last album "Supernova." This is the point when the sweat began to generate and the eclectic dance moves make their appearance. It was an enjoyable night, filled with good, chill vibes.

Ray LaMontagne is a serious, respectable artist and has been such for a decade now; nevertheless, his set tonight didn’t include a slight trip down memory lane which would remind the older fans why they fell in love with his music in the first place. No matter what anyone says, a good concert includes an occasional throwback thrown in the mix of things.

When it’s all said and done, however, Ray LaMontagne did what he always does: deliver downright soulful sessions to any and all who are willing to hear.