There's a smorgasbord of new fare at Summerfest this year, including a load of summertime festival indulgences that are deep fried, super sweet or otherwise spectacularly outside the norm of most peoples' regular diets. Here's a list of some to try.

There’s a smorgasbord of new fare at Summerfest this year, including a load of summertime festival indulgences that are deep fried, super sweet or otherwise spectacularly outside the norm of most peoples' regular diets.

In an effort to narrow down the list, we've pulled together a number of items that we're pretty sure should end up on your "must try" list. 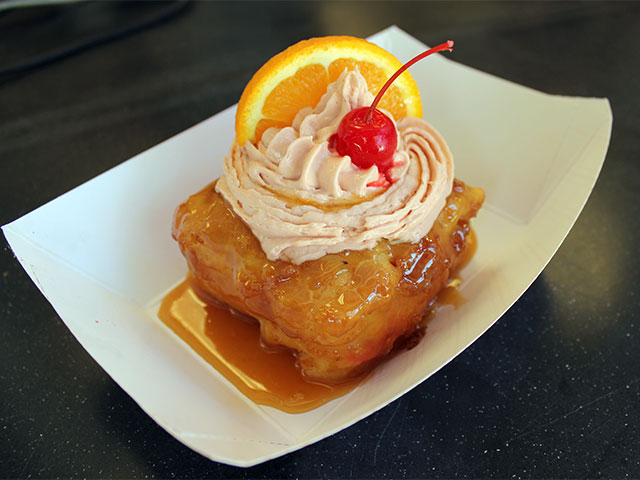 Unlike the deep-fried beer or butter you may have tried at the Wisconsin State Fair in years past, the deep-fried Old Fashioned isn’t liquid at all. This achingly sweet dessert is comprised of deep-fried orange pound cake that’s both filled and topped with cherry- and brandy-flavored cream cheese and drizzled with orange bitters syrup ($6.50). Find it at Trinity Irish Pub near the Briggs & Stratton Big Backyard. 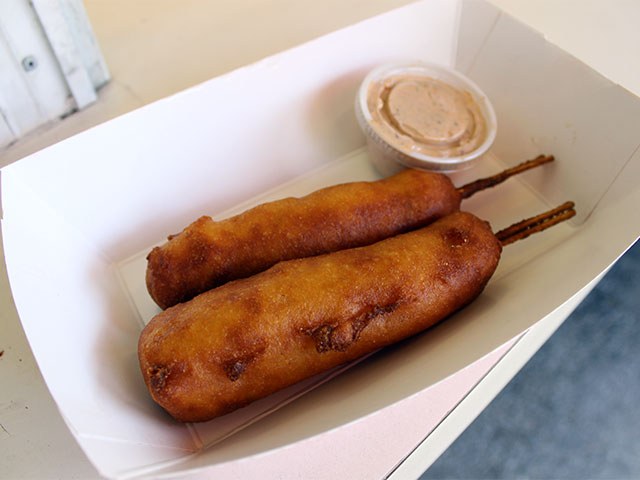 Upgrade your corn dog experience with the lobster corn dogs, featuring a house-made lobster sausage (made with tail and claw meat, along with corn salsa) dipped into sweet cornmeal batter, deep fried and served up with creole remoulade ($10 for two). Get yours at the Lakeside Supper Club, located in the Ethnic Village on the north end of the grounds. 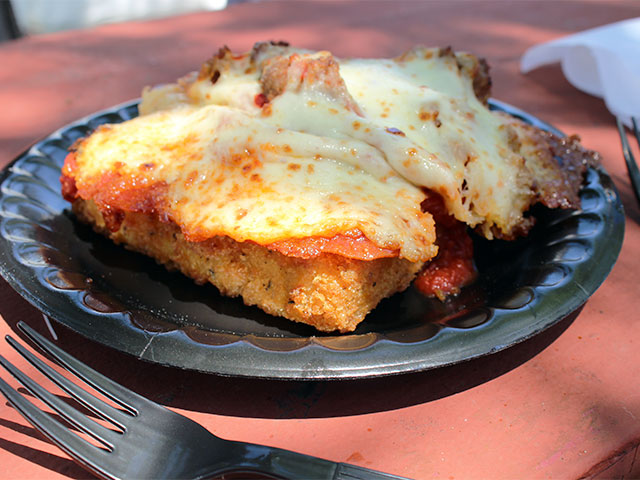 Our pop culture editor Matt Mueller offered up the skinny on this artery-clogging masterpiece, comprised of deep-fried macaroni and cheese topped with tomato sauce, melted mozzarella, pepperoni and sausage ($7.50). Find it at Solo Pizza in the Marcus Amphitheater food court. 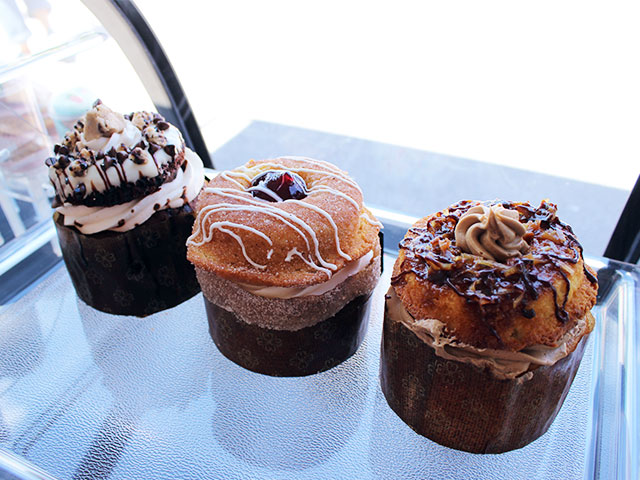 If you’re looking for a monster sugar high, look no further than the doughnut-topped cupcakes from Classy Girl Cupcakes. The size of a small cake, these flavorful sugar bombs are $10 and come in three flavors:

Get yours near the BMO Harris Pavilion. 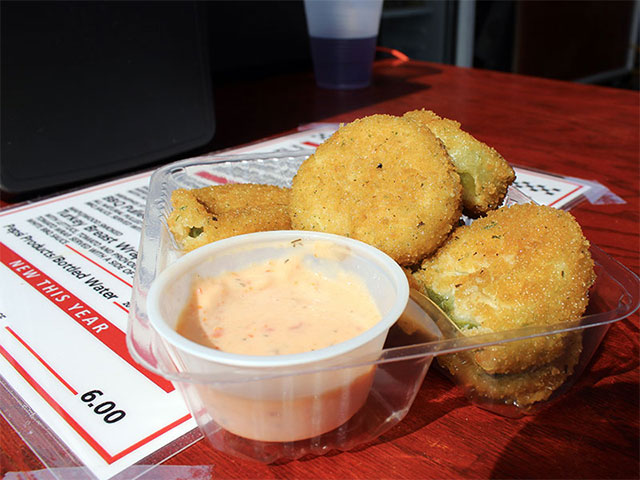 If you love pickles, you're likely to love these thick-cut ones, which are breaded, deep fried and served up with Saz's spicy white barbecue sauce for dipping. 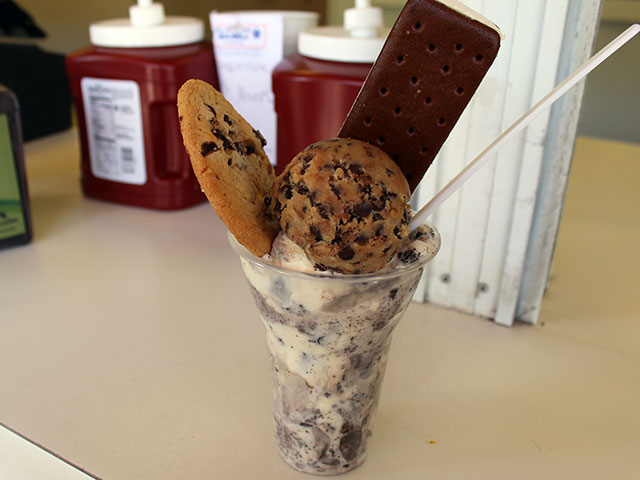 Why settle for a regular old milkshake when you can have one that’s loaded with toppings?
Choose from the Cookie Monster (pictured), the Shamrock Grasshopper or Tiramisu for $10 each. Get yours in the Ethnic Village on the north end of the grounds.