The moment Willie Nelson walked onto the BMO Harris Pavilion stage on Wednesday evening, he received a standing ovation. And the love continued throughout the evening as he played a collection of mostly hits and fan favorites on Summerfest's opening night.

Willie Nelson was as much a part of my childhood as Hamburger Helper and Frogger, but unlike those things, Nelson – I concluded tonight – has passed the test of time. His Summerfest concert, which kicked off Wednesday night a little after 10 p.m. at the BMO Harris Pavilion, was a Bucket List show for me, and the 83-year-old singer/songwriter/actor/writer/activist overflowed the ol’ bucket.

The moment Nelson walked on stage he received a standing ovation, and the love continued throughout the evening. I expected to see and hear a faded version of the Willie I grew up with, but the man front and center tonight offered up an impressive amount of energy, almost the exact same voice I heard crackling through my parents’ records and a demonstration that his guitar-playing fingers were as nimble as ever.

Dressed in a black T-shirt embossed with the word "Maui" (where he resides most of the year in a sustainable community also inhabited by opener Kris Kristofferson, Woody Harrelson and Owen Wilson), Nelson sported his famous long braids and donned his bandanas across his forehead, which he threw into the audience numerous times.

Nelson played a nonstop jazz-inspired show that lasted 75 minutes on his trusty and battered guitar, Trigger, which he used for the entire performance. He delivered primarily hits and fan favorites, including "On The Road Again," "Georgia On My Mind" and "Mama Don’t Let Your Babies Grow Up to Be Cowboys." Many of his songs were tributes to friends, including Hank Williams’ "Move It On Over" and Waylon Jennings’ "Good-Hearted Woman." 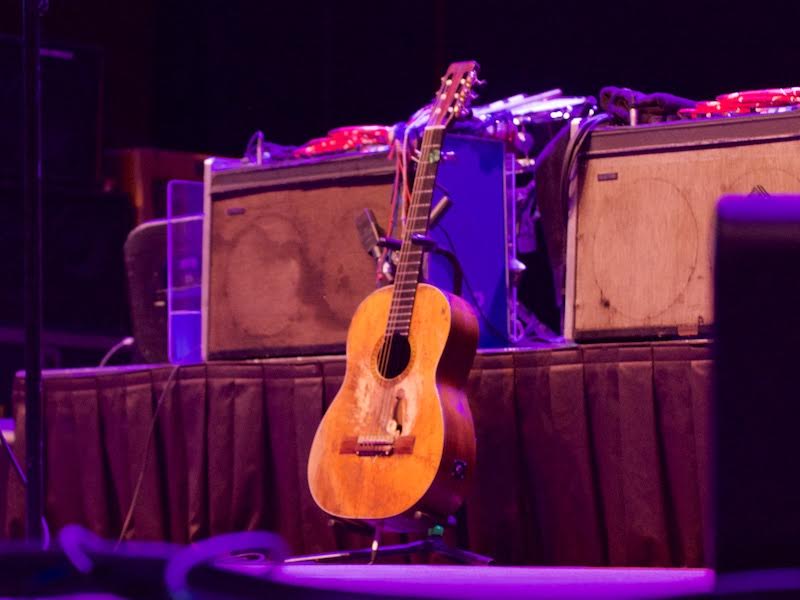 Nelson spoke very few times to the audience, but when he did, he expressed gratitude with "thank yous" and was still very interactive during the songs, putting his hand to his ear and encouraging the audience to sing along. He was very much with us, even though he was a man of few words, and this post to Instagram sums it up well, with the comment "Me and Willie." 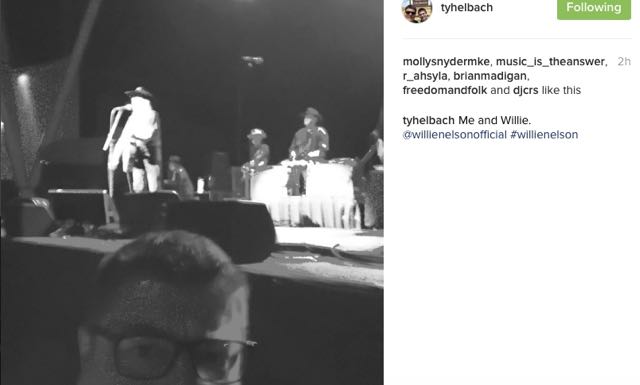 Born in 1933, Nelson was raised by his grandparents and wrote his first songs at the age of 7. He recorded his first album in 1962 and went on to become one of the prominent figures in the "outlaw country" movement, which was the counterculture’s reaction to the mainstream Nashville sound in the ‘60s.

In the ‘70s, he joined the supergroup The Highwaymen along with fellow singers and friends Johnny Cash, Waylon Jennings and Kris Kristofferson.

Nelson acted in dozens of films, wrote eight books and is an avid activist. In 1985, he – along with John Mellencamp and Neil Young – organized Farm Aid, a benefit concert in support of struggling American family farms. A supporter of the LGBT movement, Nelson covered and released a version of Ned Sublette's "Cowboys Are Frequently, Secretly Fond of Each Other" in 2006 and was quoted as saying during an interview with Texas Monthly in 2013 regarding same-sex marriage, "We'll look back and say it was crazy that we ever even argued about this."

Nelson is also the co-chair for advisory board of the National Reform of Marijuana Laws (NORML) and has been arrested numerous times for marijuana possession (there was definitely the smell of pot wafting through the Pavilion tonight).

A high point during tonight's show was when he sang what he said was "a new gospel song that we just wrote" called "Roll Me Up And Smoke Me When I Die." It brought Kristofferson back on stage again and made it clear that, at least in the moment, Nelson was not concerned about the unknown of the afterlife and has a sense of humor about it.

Nelson closed the evening by saying, "We had a good time; let’s do it again," and then he tossed one last bandana into the audience, put his black cowboy hat on his head and sauntered off backstage as the band continued to play. It was like he was slipping away into the darkness, and I realized I will probably never see him live again, but that's OK. Tonight was more than enough. 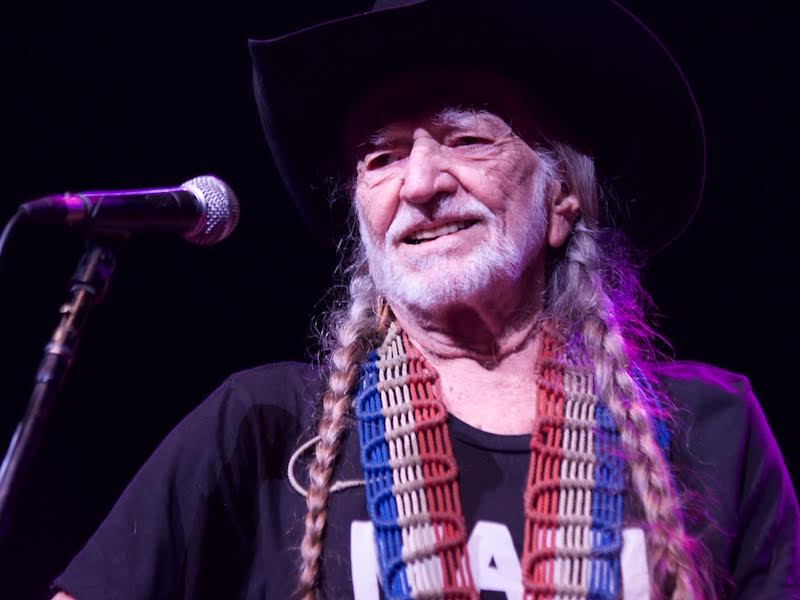 Whiskey River
Still Is Still Moving To Me
Beer For My horses
Good Hearted Woman (Waylon Jennings)
Mamas Don’t Let Your Babies Grow Up To Be Cowboys (Ed and Patsy Bruce)
Angels Flying To Close To The Ground
On the Road Again
Always On My Mind
Funny How Time Slips Away / Crazy / Night Life
Me and Paul
If You Got The Money, Honey, I Got The Time
Shoeshine Man (Tom T. Hall)
Instrumental
Jambalaya (On The Bayou) (Hank Williams)
Hey, Good Looking (Hank Williams)
Move It On Over (Hank Williams)
Georgia On My Mind (Hoagy Carmichael)
Georgia On A Fast Train (Billy Joe Shaver)
It’s All Going To Pot
Roll Me Up And Smoke Me When I Die
I Saw The Light (Leon Russell)