Recently, Michael Sweeney, who owns Sweeney's Gym, applied for a liquor license - but not because he plans to open a bar in his workout facility located at 6050 W. Howell Ave.

Recently, Michael Sweeney, who owns Sweeney’s Gym, applied for a liquor license – but not because he plans to open a bar in his workout facility located at 6050 S. Howell Ave.


Instead, he hopes to obtain the license so he can offer another dimension of healthy living comprised of a combination of working out, eating well and consuming alcohol socially but responsibly.

"Sweeney’s is a gym, but we’re also a community," says Sweeney. "You can come here, hit the weights or the machines and leave. Or you can stay and socialize, network and be a part of a healthy community. We’re helping people think entirely differently about ‘going to the gym.’"

Sweeney’s Gym, formerly inside the Four Points by Sheridan hotel, recently moved to a new location. It offers fitness equipment, weight room, classes – some of which are taught outdoors – as well as cooking classes and, eventually, wine tastings and more.

Sweeney’s patio is always available to members, providing a space where they can grill food, eat, conduct meetings, network or just relax.

"Our members can take a class, hit the patio with their laptop and have a bite to eat or mingle with other guests if they want," says Sweeney. "Or they can just have some alone time." 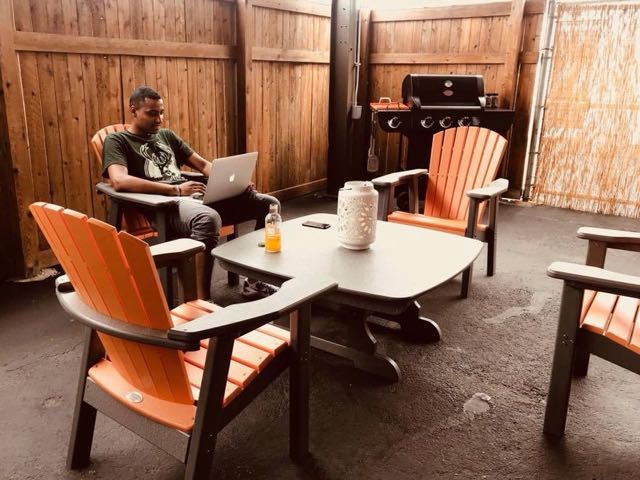 Breaking the fitness stereotype is one of Sweeney’s main goals. He wants all genders and people of all fitness levels to feel comfortable in his space.

"Because we have Zumba doesn’t mean it’s a place for mostly women or because we’re called a ‘gym’ doesn’t mean there are a bunch of meatheads hanging out," he says. "We’re here for everyone."

Sweeney also plans to use his space for community events and fundraisers. Recently he hosted a benefit for the family of Michael J. Michalski, the police officer who lost his life in the line of duty.

He also plans to host a Halloween party for members as well as offer food-related workshops.

"Like teaching people how to properly make a smoothie," he says. "You don’t need to put two bananas in there. A quarter is all you need." 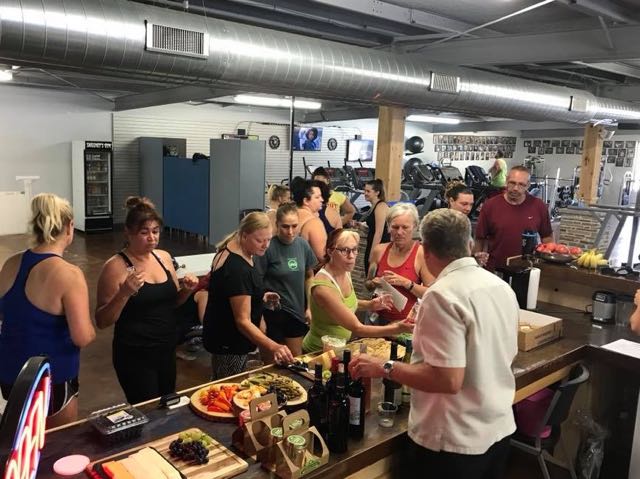 Sweeney began his journey into fitness when he was only 14 years old. Recognizing his passion, his grandparents hired a gold medalist personal trainer to help him achieve his goals. Soon after, he started to train friends in his parents’ garage and with the money earned working at a local fitness store he gradually grew his collection of weights and equipment.

Eventually, he outgrew the space and moved to his first gym, before relocating to his largest and most interactive facility to date.

"It’s not a fad gym," he explains. "When you come in here you don’t get all the fluff, you don’t see all the latest and greatest trinkets. We stick to all of the bread and butter movements because they work. And we want them to work for the entire community."

Here's the skinny on Orangetheory Fitness