Sweet Ring's is a family-owned venture that's slated to open in late spring or early summer in Bay View. And it promises to distinguish itself with a unique selection of doughnuts, house-roasted coffee and other little surprises along the way.

"If people could get paid to be dreamers, we’d totally have made a career out of it," says Bobby Ring, co-owner of the forthcoming Sweet Ring’s cafe and doughnut shop.

The family-owned venture is slated to open in late spring or early summer at 2899 S. Kinnickinnic Ave. in Bay View. And it promises to distinguish itself with a unique selection of doughnuts, house-roasted coffee and other little surprises along the way.

Bobby Ring and his wife Amanda own and operate the shop, with inspiration from their children, Ruby, Scarlett and Bob Jr.

It was an idea, Bobby says, born of a love of doughnuts. But it was also made possible, in part, by the strength gleaned through a family journey of illness and loss.

In 2013, Amanda’s father Roy Feezor lost his battle against melanoma. Within a week, Amanda says, her mother was diagnosed with stage 2 breast cancer.

"It was tough on all of us," Amanda says. "We’re all happy and healthy now, but the struggle really brought some things to the forefront. Dealing with their illnesses brought the whole family closer together. It also made us realize that life is short and prompted us to realize that we needed to pursue our dreams now, rather than waiting.

"When we made the decision to launch our business, my mother, Terry, was good enough to promise us that, if we did this, we wouldn’t end up homeless. And that really means a lot."

What you can expect

Sweet Ring’s will emphasize high-quality ingredients and include fresh fruits for fillings, unenriched, unbromated and unbleached flour, high-quality peanut and sunflower oils and coconut oil in place of lard.

"I love old-school recipes and old-school techniques," says Ring, noting that their selection will include classics like yeast rings, cake doughnuts, French crullers and filled doughnuts, along with varieties that can’t be found anywhere else. Doughnuts will be priced around $15 per dozen, with specialty doughnuts at $2-5 each.

Ring says they will also offer gluten-free doughnuts, which will be fried in a dedicated gluten-free fryer. "Our bakery won’t be certified gluten-free," he clarifies. "But we want to accommodate people as best we can."

"When experimenting with flavors, I’m always trying to come up with alternatives to things that are played out," Ring says. "For example, we’ve made marshmallow frosting with Pink Himalayan sea salt; it’s a combination that really speaks to the sweet and salty combination people love so much. I’m going into this as kind of a mad doughnut scientist. Nothing is off limits. There will be something for everyone, let’s just put it that way." 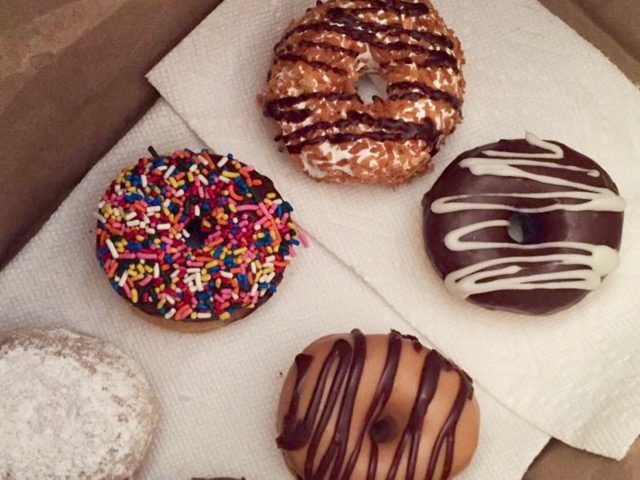 In addition to doughnuts, Ring’s will also offer small-batch roasted coffee made by Amanda Ring, as well as a menu of grab-and-go breakfast items, including rotating variations on biscuits and gravy and Bobby’s "World Famous Breakfast Burger." There will also be unique offerings, such as a Friday night fish fry.

Currently, the building Sweet Ring’s will occupy isn’t much to look at. But, plans for the new doughnut shop promise to change its look and feel entirely. That includes repainting the exterior of the building. 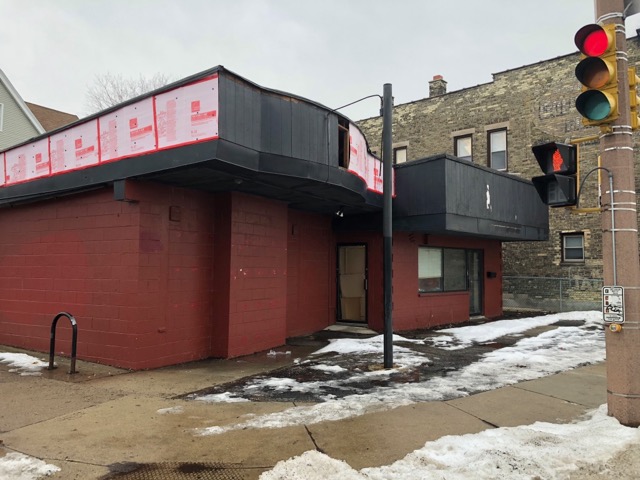 "We want it to be bright and cheerful," says Amanda, "And if I get my way, it will be cotton candy pink."

Meanwhile, the interior will be transformed from dull and drab to lively and glittery. There will be a "doughnut wall" showcasing daily doughnut offerings, a display case lined with specialty items and seating for between 16 and 18 customers at both booths and a counter.

"I want things to be as open and visible as possible," notes Bobby, "so people will have a view of some of the operations."

There will also be a patio in the front of the building, and the Rings are working on plans for improving the parking lot behind the restaurant.

A love affair with doughnuts

Bobby and Amanda met more than a decade ago while working at Breadsmith. Bobby, who had spent his career in places like Lalli’s Pizza and Miller Bakery, worked in the kitchen while Amanda handled front-of-house operations.

"I don’t think we really talked to one another for almost two years," says Amanda. "But I had a crush on him for a really long time."

When they finally did connect, she says, they hit it off and before they knew it they were married. When their oldest daughter Ruby began taking an interest in doughnuts, Bobby says he was inspired to start experimenting. 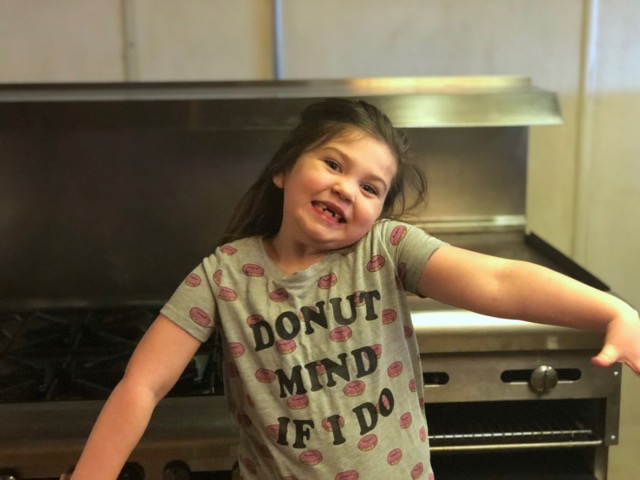 "She loved doughnuts, and for a while we’d go to Pick 'N Save, pick up a box of doughnuts and jam on them," he says. "But, after a while, I thought, why not make them myself?"

So, he dragged out the deep fryer he and Amanda had gotten for their wedding and started experimenting.

"Our first fryer was pretty small," he says, "So I could only make one doughnut at a time. But after a while, as I got better, we bought a bigger fryer. And my doughnuts got better and better."

He began to experiment with a variety of flavors. "I wanted to create great doughnuts with great ingredients. And that’s really what drove me," he says. "When I wasn’t making doughnuts, we spent a lot of time researching, eating doughnuts from shops all over ... here and in Madison."

Along the way, Ruby’s passion for doughnuts continued to grow. "It got to the point," says Amanda, "That people started buying her doughnut-themed clothing. It was all doughnuts, all the time."

Says Bobby, "She’d always tell me that I was the best doughnut maker in the world. And, to this day, she still stops people everywhere we go and tells them how great my doughnuts are."

In the end, Ruby’s passion became the foundation for the Sweet Ring’s business.

"We’ve talked about starting a restaurant for years," says Bobby. "And I’ve always wanted to have my own thing. Once we had kids, and they started having opinions about the direction we’d go, it became a no brainer." 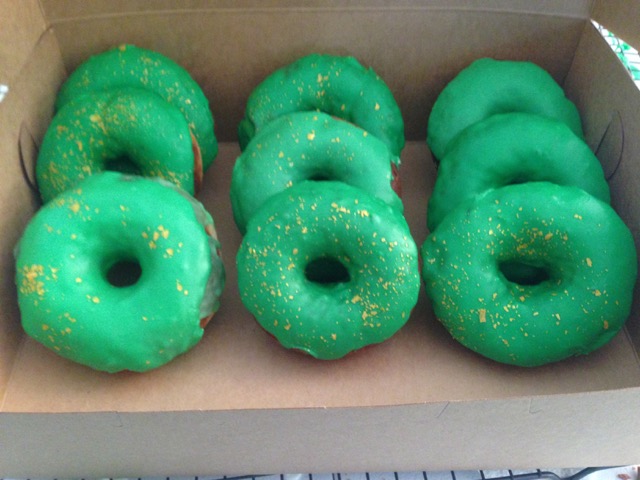 Fortunately, Ruby, Scarlett and Bob Jr. aren’t the only fans of the nascent pastry company.

Once open, Sweet Ring’s anticipates it will keep hours from 6 a.m. to 5 p.m. six days a week. In the meantime, you can follow their doughnut-filled adventures on Facebook.

Stay tuned to OnMilwaukee for additional details as they develop.