Teaching with your taste buds in Milwaukee

I grew up in Skokie, one of the most culturally diverse suburbs of Chicago. My own parents immigrated to America just a few months before I was born. ("Made in Russia, born in America" was the tagline they would introduce me with.) Most of my friends were also immigrants, and everyone’s parents had accents. When I was a kid, I remember grocery shopping with my mom and sharing some gossip with her in Russian. She stopped me and said that if I didn’t want anyone to understand what I was saying, I should tell her in English. She wasn’t joking. The latest stat is that my high school has 70 different languages represented. That pretty much sums up where I grew up.

It wasn’t until I went away to college that I realized that not everyone grew up around so much diversity. I had taken for granted just how lucky I was to be exposed to so many different cultures and religions. Even though I didn’t travel outside of the U.S. until I was 24, I always felt worldly, and most everyone around me was open-minded and accepting of others.

But here I am, raising kids of my own, in a community that only has a small fraction of the diversity I had growing up. There is diversity, both cultural and economic, but nothing like what I am used to. It’s a topic that other parents and I often discuss. We want to raise kids that understand that there’s life outside of their zip code, outside of their country.

But how do you make sure that happens?

International travel starting at a young age is a great idea but, unfortunately for most families, not realistic. One day my kids and I will eat freshly made hummus while staring out at the Mediterranean Sea, but that’s not happening any time soon. Until then, I just have get a little bit more creative. Our school does an amazing job of teaching my kids in the classroom, but that’s not enough. The rest is up to me.

One thing we have started doing is picking a country to study every few months and teaching our kiddos a bit about the history, traditions and food. Then we go out to eat a restaurant that serves food native to that country. It’s a way to give our kids exposure they aren’t necessarily getting through school or friends. And the food element just makes it more fun for everyone. 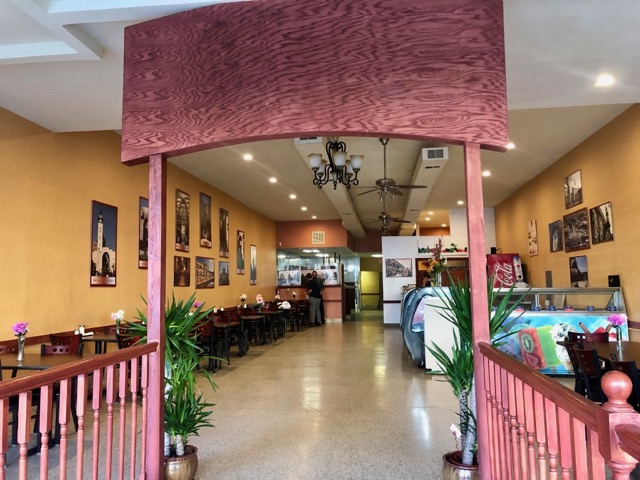 Last month, we and another family took the kids to Damascus Gate, 807 W. Mitchell St., for lunch and talked about Syria the whole week leading up to it. It was so great because not only is the food amazing, but there are beautiful posters up all around the restaurant showcasing different parts of the country. My husband had spent some time in Damascus, so he was able to go around and give the kids some more detail behind the photos. Plus, Damascus Gate is run by Syrian refugees, so it provided a natural opportunity to have an age-appropriate discussion on the Syrian Civil War and how people have been affected. 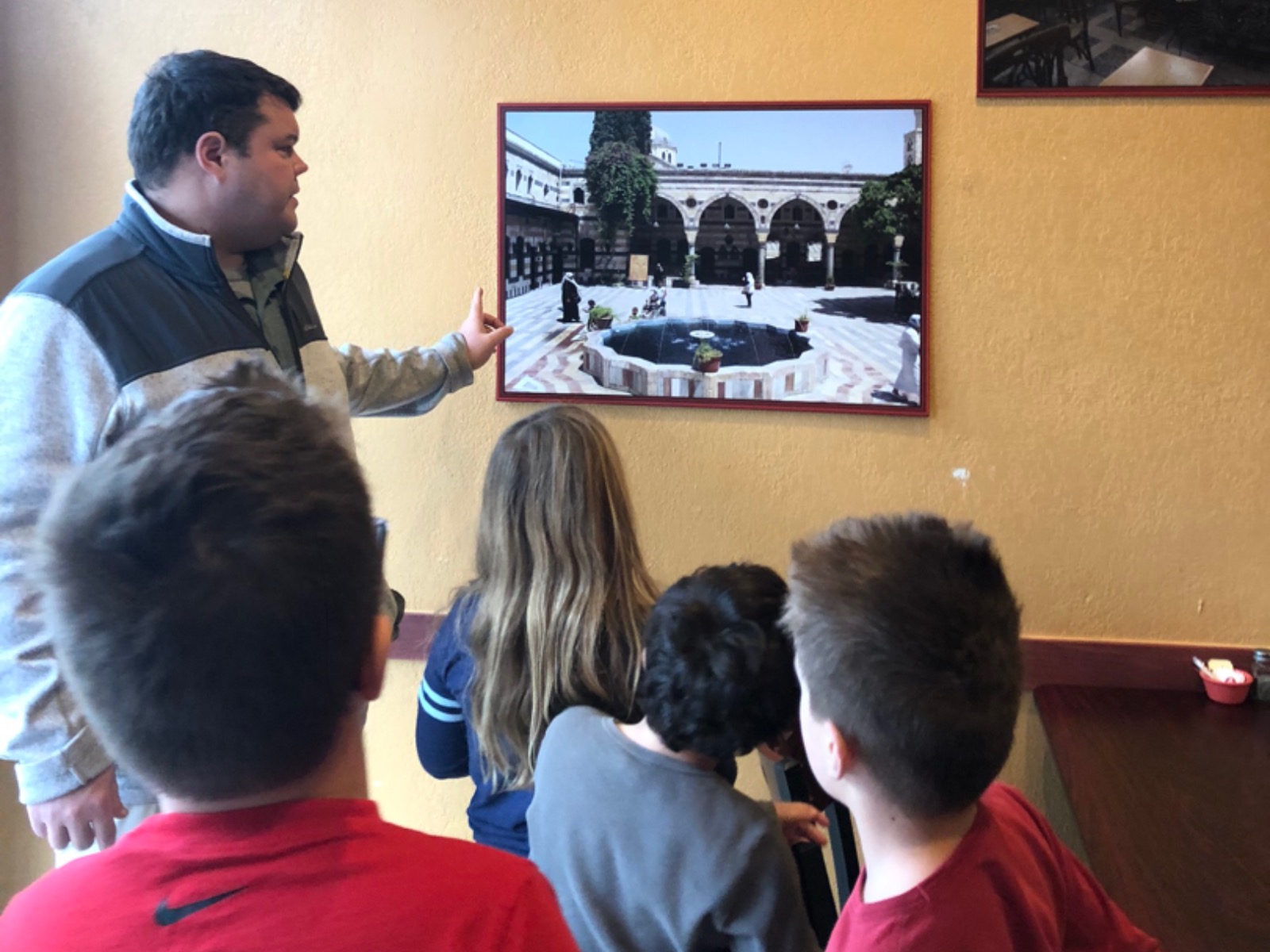 I can’t guarantee that the kids remembered all the details they learned, but they did absorb a lot. Little experiences like that, especially at such a young age, make a really big impact. As we all know, kids vibe off of everything they see us do. When they see us get genuinely excited about learning and trying new things, they’ll follow suit. And the build-up of going out to eat gets kids excited to taste the foods that they have been hearing about. Watching even picky eaters try falafel and baba ganoush for the first time and scarfing it down was super cool to see. 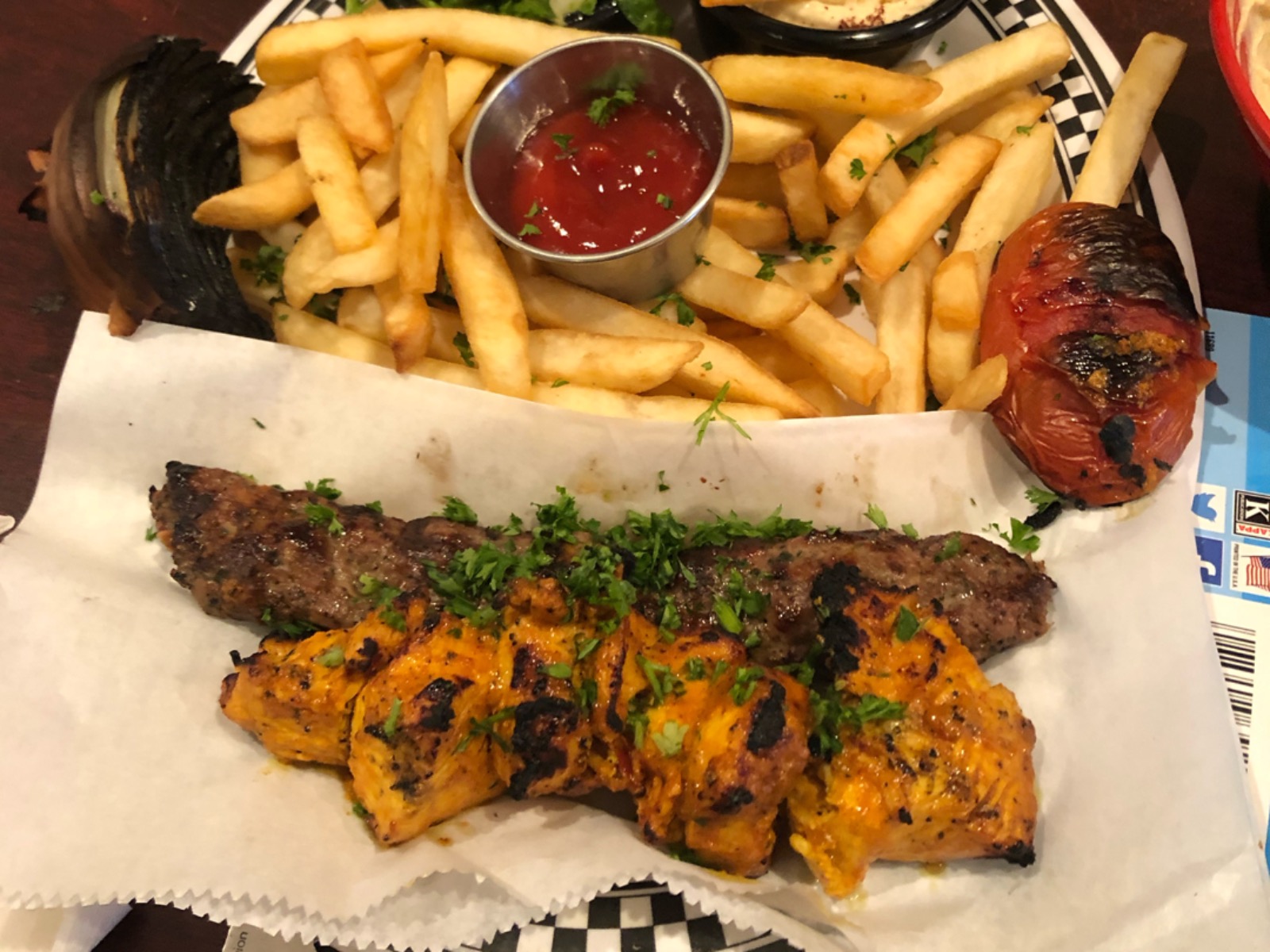 I love that Milwaukee has so many amazing diverse restaurants and grocery stores, and plan to use our wonderful city as a second classroom. Next month we are going to learn about the Hmong ethnic group and head to Phongsavan Asian Market for lunch. Did you know that Wisconsin has the third largest Hmong population in the U.S? Me neither – but I’m glad my kids will know way earlier than me.

Jennifer Curnes Special to OnMilwaukee
Jennifer Curnes is a Chicago native who fell so hard for Milwaukee that she got up and moved here in 2018. After spending years working in the construction industry she switched to the lingerie industry and because a brablem solver. She stayed at home once her kids were born and uses her years of improv training to keep her kids on their toes. You can read about her shenanigans on her blog and on websites like Bump Club and Beyond. When she's not counting down the minutes before bedtime you can find her eating around Milwaukee and posting about it on Instagram at NoshMKE.

When they ask, speak frankly to your teens about sexuality

Don't be afraid or embarrassed to get your kid into therapy

Tips from a failed SAHM