As the weather warms, it's time to start dreaming of afternoons spent in the beer garden. And that's exactly what the owners of The Cheel have been doing. In fact, today marks the groundbreaking for an exciting new project called The Baaree.

As the weather warms, it’s time to start dreaming of afternoons spent in the beer garden. And that’s exactly what the owners of The Cheel have been doing.

In fact, today marks the groundbreaking for The Baaree, a multi-dimensional outdoor space which will be constructed in an unused lot just behind the cheel restaurant at 105 S. Main St. in Thiensville.

The Baaree – a Nepalese word which means "garden" – is a hybrid concept that brings together aspects of a traditional German beer garden with elements of a community garden. The first stages of the project are projected to be completed by mid-summer (late June or July). Even better, it will be the first of its kind in Ozaukee County.

"Our vision is to create a true community space," notes Barkha Limbu Daily, who owns and operates The Cheel with her husband Jesse Daily. "We want it to be a place where people can come to relax and really escape their everyday lives."

The Dailys have teamed up with local landscape designer Katie Fedorski, who assisted them in bringing shape to their vision for an outdoor destination that incorporates natural elements, fine art by local artists and artisans, along with architectural elements that reinforce a true community feel. 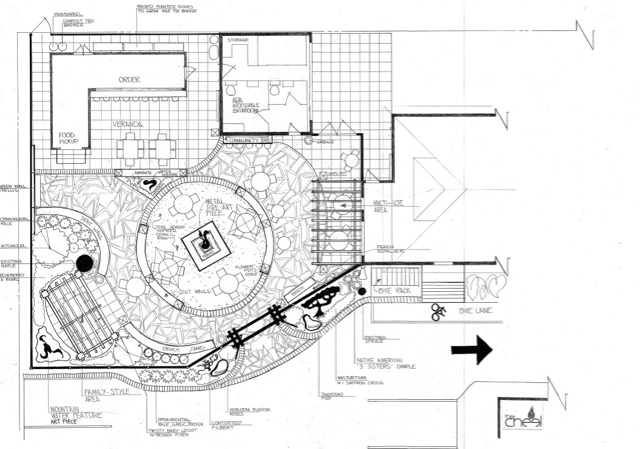 "The focal point of the design is a Jens Jensen inspired council ring," says Fedorski, noting that Jensen’s seating circles – derived from ancient traditions observed by both Native American and Scandinavian elders – were created to form an inviting space where people could share ideas and experiences in the presence of nature.

A metal fire sculpture created by Milwaukee Blacksmith will reside in the center of the ring, which also functions as a fire pit to provide warmth on cool summer nights.

Additional seating will be available at various family-style tables reminiscent of those found in German beer gardens.

Throughout the area, landscaping will incorporate edible plants, including heirloom varieties of amaranth, chard, ornamental peppers, nasturtium, kale and blueberries.

"When you think about the food revolution going on right now," says Fedorski, "It’s fun to think about bringing that to the community in terms of education and experience. The cheel has always emphasized locally sourced food, and we’re really bringing that philosophy to the table with this outdoor experience."

Says Limbu Daily, "We’ve designed the space using the elements of earth, air, fire and wood. And along the way, we’ll be incorporating a variety of sustainable elements, including rain barrels and a composting system which will feed into the care and keeping of the gardens themselves. 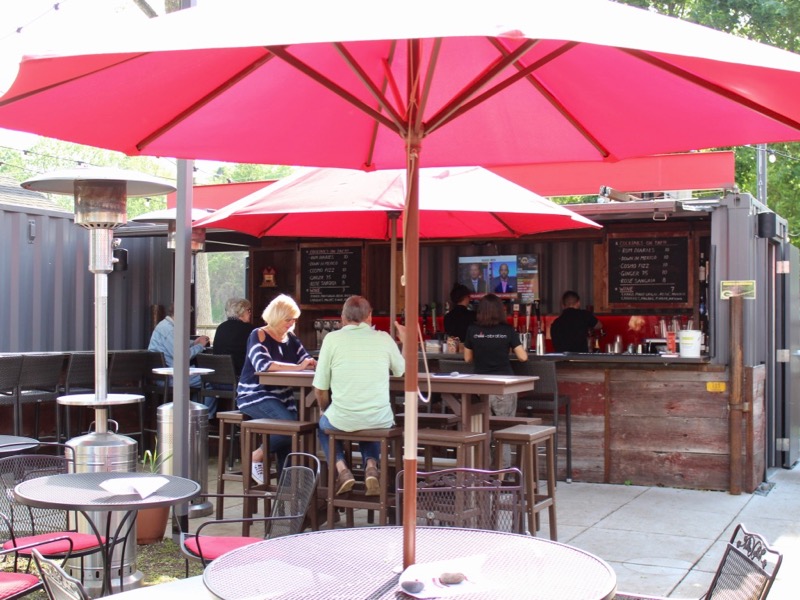 The Baaree bar – which will have about 10 beer taps, cocktails, wine and a variety of casual, shareable food items – will feature a chic industrial design, including seating and a service area where people can pick up their food and beverages.

"Our focus will be on staples like our eggplant bharta," says Limbu Daily. "But we’ll also be focusing more on Wisconsin-inspired food like custom-made sausages made with Nepalese spices."

Live music will also play a large role in The Baaree, which will feature a stage on its northern edge to accommodate a variety of live performances.

Limbu Daily says that the project will be completed in phases. Phase two is likely to include the addition of a water feature incorporating a mountain sculpture that serves to represent both the Himalayan and Rocky Mountain ranges, symbols of the philosophy behind the cheel’s approach to modern Nepalese-inspired cuisine. Another goal will be to connect The Baaree with the Interurban Bike Trail that runs just behind the restaurant, offering a connecting bike trail as well as bike racks for mobile visitors.

Watch OnMilwaukee for updates about The Baaree as they develop.