The Frogs' breakout 1989 LP gets a 30th anniversary reissue

Seven years after the untimely death of co-founder Dennis Flemion, The End of All Music is reissuing "It's Only Right and Natural," the most well-known release by Milwaukee's The Frogs in celebration of its 30th anniversary.

Seven years after the untimely death of co-founder Dennis Flemion, Oxford, Mississippi's The End of All Music is reissuing "It’s Only Right and Natural," the most well-known release by Milwaukee’s The Frogs, in celebration of its 30th anniversary.

Regulars on the Brew City underground club scene in the 1980s, brothers Jimmy and Dennis Flemion put on shows that were spectacles, as well as performances by unique and talented songwriters that at times drew attention for their sometimes provocative titles.

The 1989 record – The Frogs' second – helped propel the band into becoming a bands’ band, earning them fans among stars like Smashing Pumpkins, which got them booked into Lollapalooza and which later hired Dennis as part of its touring band; Beck, who sampled them on "Where It’s At"; Pearl Jam, which included a recording of theirs on a single; and Sebastian Bach, who hired Jimmy for his band. 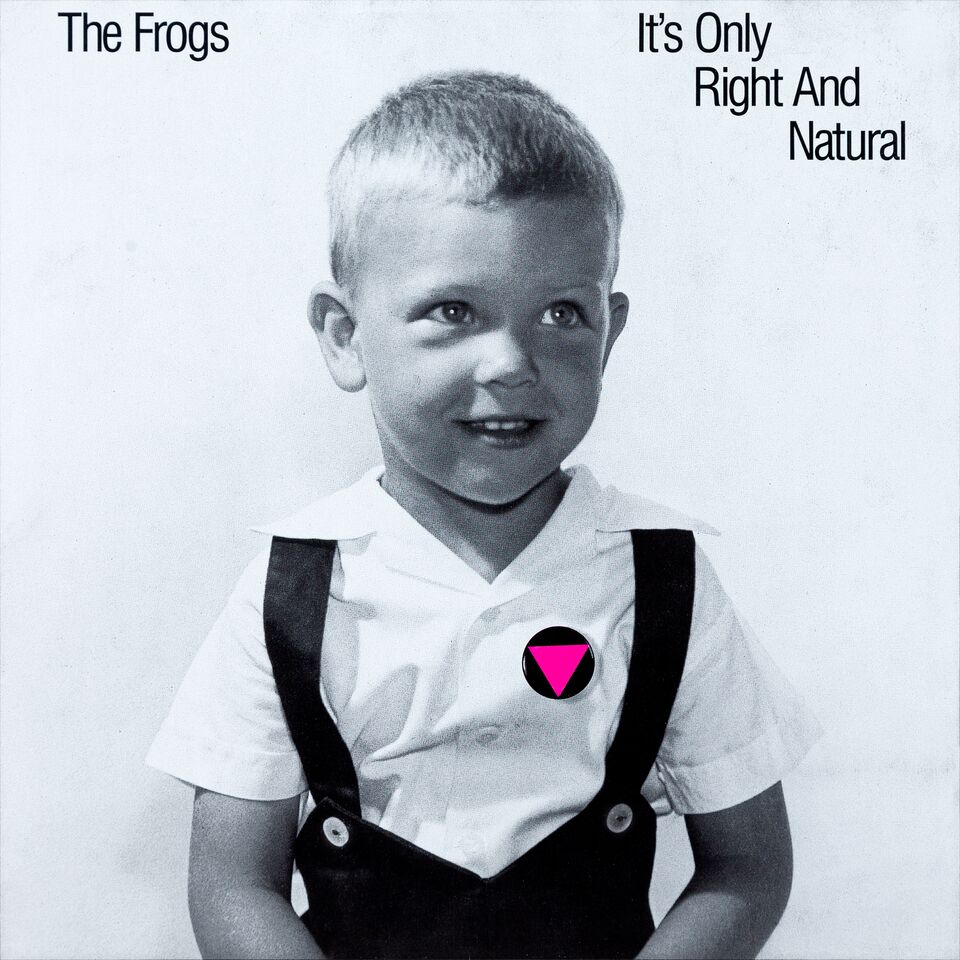 Filmmaker Harmony Korine is also a big fan and has said, "I would walk into Kim’s Video on Bleecker Street or Other Music and ask for things, and they would go, "Oh, have you heard of the Frogs?" The Frogs’ album ‘It’s Only Right and Natural’ totally blew me away. It was this weird gay concept record, but they weren’t gay. They were these brothers from Milwaukee who used to dress up in fairy costumes. One of the brothers would play a huge kettle drum and almost do these quasi-surrealist minstrels. The music was so good because it wasn’t really just conceptual, it was pop; once you got over the crudeness of the lyrics, the songs themselves were beautiful pop music."

All pretty impressive for a band few would have thought would’ve been Milwaukee’s next musical export.

The new reissue, due out Aug. 16, marks its first appearance in stereo (the initial release in 1989 was in mono) and Jimmy Flemion has penned the song-by-song liner notes, which are instructive and informative, like this section in which he discusses "Homos":

"Perception is a tricky thing, how society and the public in general come to some conclusion with their own line of thinking, that somehow they know you, your heart and your soul without asking, having never been in your presence and claim to know where we stand or where we stood. Stand up for your rights or sit down. For all those who have taken the time to get to know us, our intention has been for you to discover that we’ve always come from a place of love and that if by chance, we may cause you to think or rethink your head and actually feel the translated emotions and vibrations of our exposed souls, then I urge you to take it one step or as many steps as it takes further to and alas throw judgment out the window and embrace acceptance because if you are willing to do so, you’ll find us and who we are."

The Smashing Pumpkins’ Billy Corgan wrote the band bio, saying, "These days being in a band means as much about perception as calculation, but there is little manipulation in this group because you see, The Frogs just are; point is they exist. They shouldn't really, because they are either too good for rock and roll, or too politically incorrect to matter. But they are one of the greatest rock groups to come out of the 20th century precisely because they are too good for rock and roll, and too smart to care about caring. Fine tunesmiths, they craft memorable hooks out quite readily before stomping on them because they dare to exist."

You can pre-order the record – which is packaged in a gatefold sleeve – here. All pre-orders get a free The Frogs button and will be entered into a drawing to win a test pressing of the vinyl LP.