LOOK: A peek at The Hop streetcar

In advance of on-street testing of the new streetcar, which is expected to begin next week, the media was invited into the Streetcar Operations and Maintenance Facility (OMF), 450 N. 5th St. - beneath I-794, a half-block north of the Intermodal Station - on Friday afternoon.

In advance of on-street testing of the new streetcar, which is expected to begin next week, the media was invited into the Streetcar Operations and Maintenance Facility (OMF), 450 N. 5th St. – beneath I-794, a half-block north of the Intermodal Station – on Friday afternoon.

Testing of The Hop streetcar, which arrived in Milwaukee on the back of a semi March 26, is slated to start next week on the north side of West St. Paul Avenue, between North Plankinton Avenue and North 4th Street, on a section of track that will be fenced-off for safety reasons.

City officials are encouraging the curious to come out and watch, but urging onlookers not to attempt to enter the fenced area.

The testing is expected to run through June.

During the testing period, automobile traffic on that section of St. Paul will only be open to eastbound drivers. During the testing, cars will not have access to St. Paul at North 2nd and North 3rd Streets, according to the city. 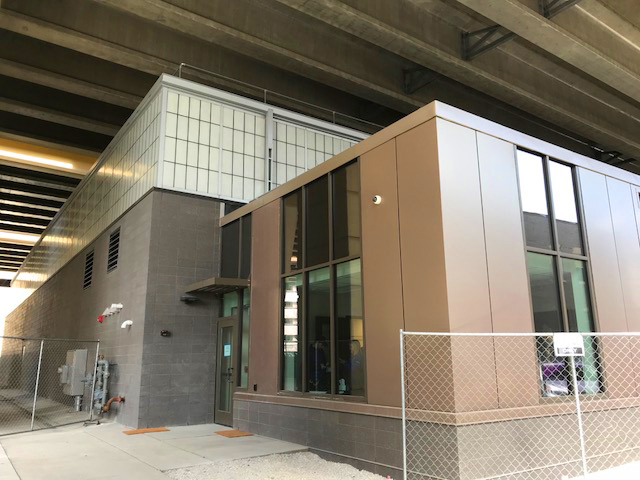 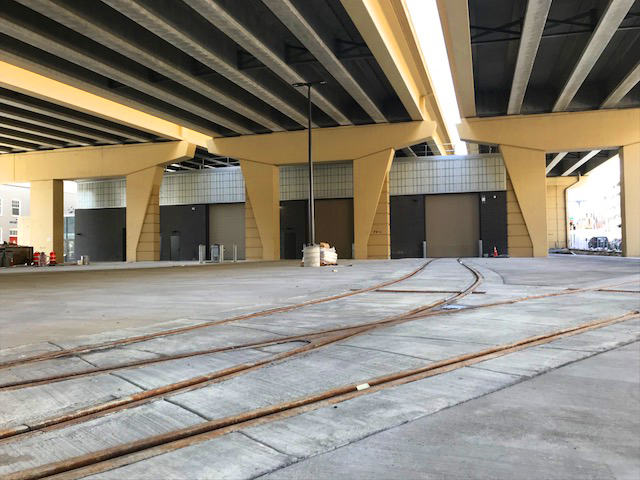 The city is expecting delivery of four more streetcar vehicles in the coming months and testing along the full route is planned for July. The route is slated to open to passengers in November. As part of Potawatomi Hotel & Casino's $10 million sponsorship, all rides will be free the first year.

The streetcar's second phase is expected to go online in 2019. 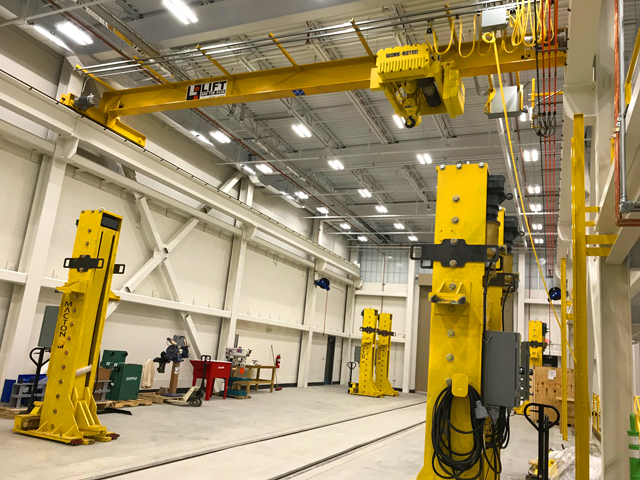 Inside the operations and maintenance facility – which is nestled beneath I-794 Downtown, making some otherwise dead space useful – the streetcars can pull into a bay that offers access not only to the interior and exterior, but also to the undercarriage and the equipment on the roof.

An adjacent track has jacks and a crane to raise cars, if necessary.

There's also a storage area and offices. The northernmost part houses the wash bay, with a so-called "wash-bot" that is used to clean the exteriors of the vehicles.

We've been down this railroad before: The original Milwaukee streetcar system