At least three motorcyclists have stepped forward and claimed they were injured while attempting to turn on The Hop route. With the Harley 115th approaching, what can be done to ensure safety for all?

Last month, Nick Duhamel was driving a motorcycle with his girlfriend as a passenger through the Walker's Point / Third Ward area on his way to the highway to travel up north to visit friends. While attempting to turn from W. St. Paul Ave, he says his front bike tire got "caught" in the street car – aka "The Hop" – tracks and sent him and his passenger flying off the bike.

"We went down so quickly. I had no reaction time whatsoever," says Duhamel, who walked away from the accident with minor injuries. His passenger, however, suffered a broken wrist that resulted in a surgery and an injured knee. She is also a single mother who lost wages because of the accident.

Duhamel, a licensed motorcyclist who took the Harley-Davidson safety course, says he is well aware to cross railroad tracks at a perpendicular angle, but that in some parts of the street car route it is impossible to approach the tracks at a 90-degree angle when turning and this, he fears, will lead to more injuries for bikers.

Duhamel, who returned to the spot of the crash and to take a wider look at the tracks along St. Paul, says there are places where the gap between the tracks and the pavement is just wide enough for some motorcycle tires to get caught.

"I’m talking about this openly because I want to raise awareness. The Harley 115th is coming up soon and there will be a lot of out-of-towners here," says Duhamel. "It scares me because if one person went down while riding in a group, many others could go down, too."

Harley-Davidson was contacted but withheld comment. The City of Milwaukee does not offer any guidance to motorcycle riders on how to safely cross the tracks.

"There are no motorcycle-specific ‘trails’ on the streetcar route," says Sandy Rusch Walton, Communications Manager for the City of Milwaukee. "Motorcyclists are treated more like automobiles than bicycles, and should follow the safety tips for motorists."

The City of Milwaukee has developed a number of "Hop Smart tips" for motorists, bicyclists, and pedestrians along the streetcar route. There is not a video specific for motorcyclists, which some riders believe is necessary.

Yesterday, WISN reported a streetcar-related accident (and impending lawsuit) where a motorcyclist claims his tire became wedged along the same route as Duhamel and broke his arm. Todd Hahn, a motorcyclist from West Allis, says he had a similar experience.

Hahn was turning in the same place as Duhamel and said he was unable to do a "hard perpendicular" when crossing the tracks while turning and merging.

"The tracks caught my wheel," says Hahn. "My tires just got ‘sucked in’ to the gap. I lost control and was really wobbly, but I managed not to fall off the bike. I am a very experienced rider, though."

Hahn hopes there is a way to make the gaps thinner for motorcycle tires while still having enough clearance for the Hop wheels. 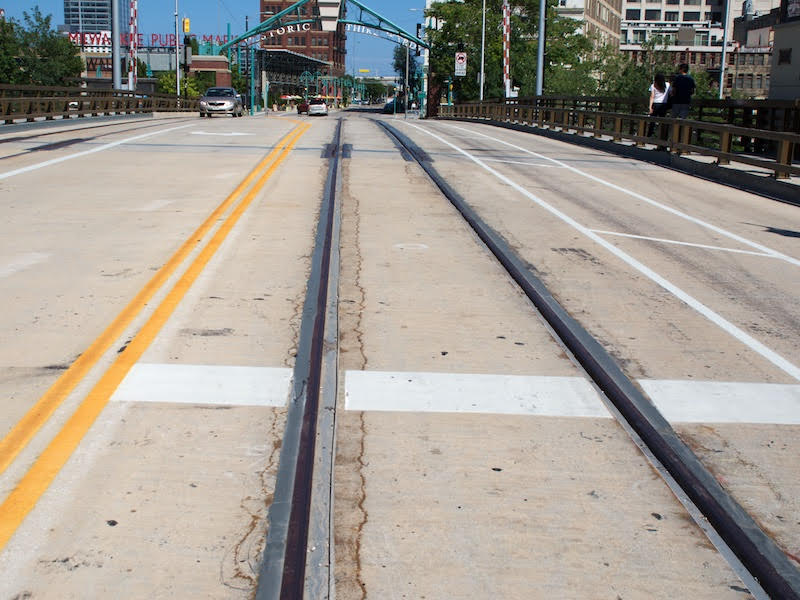 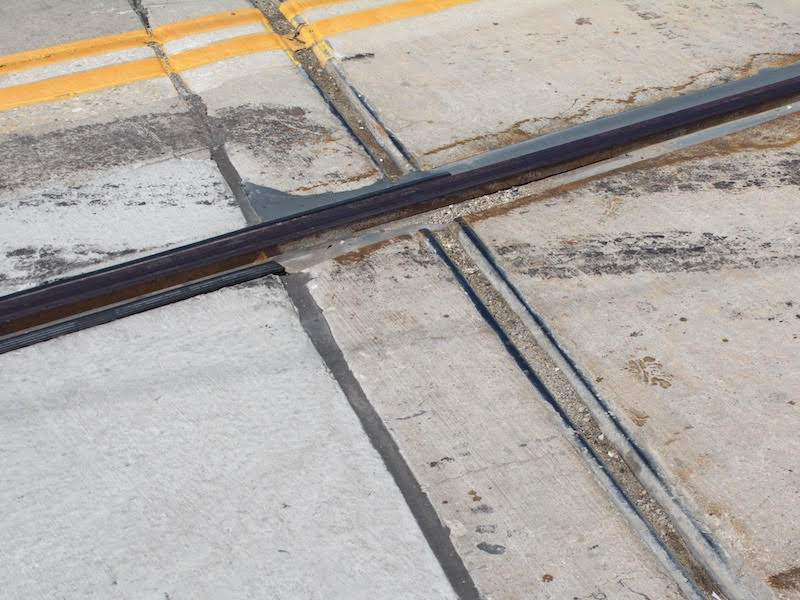 Duhamel reiterates that his intention is to make sure all travelers are safe on the tracks and feels that certain parts of the route are potentially dangerous for bikers.