The mixed-use commercial building that Milwaukee-based real estate development and investment firm J. Jeffers & Co. announced last year for the northwest corner of Broadway and Clybourn, now has a name. Groundbreaking is set for April.

The mixed-use commercial building that Milwaukee-based real estate development and investment firm J. Jeffers & Co. announced last year for the northwest corner of Broadway and Clybourn, now has a name.

The development – which had been dubbed Broadway Connection – with offices, retail space and parking, at 511 N. Broadway, will be called The Huron Building, in reference to the former name of Clybourn Street, which was called Huron Street until the 1920s.

Music fans with long memories may remember 511 N. Broadway as the address on the 1895 building that previously occupied the site, and which was, over the years, home to Papagaio’s, The Underground and Club New York. 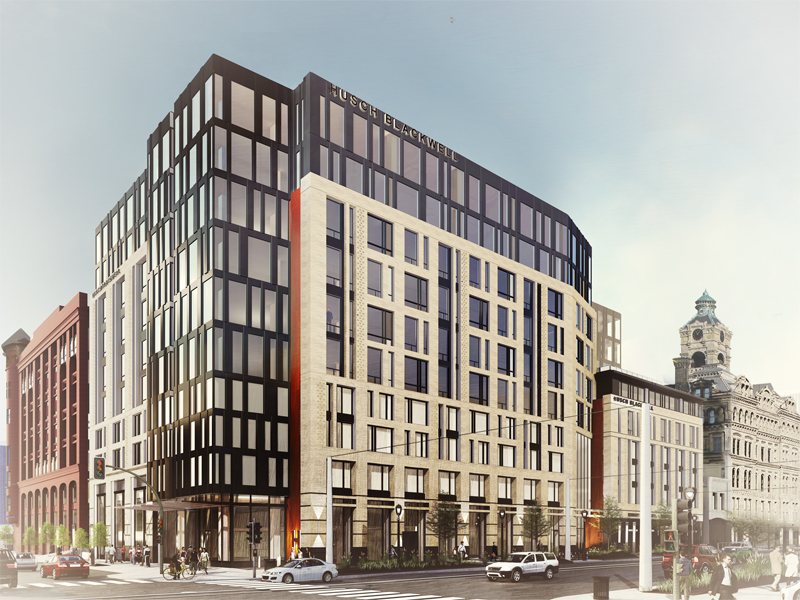 The height of the building – designed by Engberg Anderson Architects – has changed and renderings have pictured a building with seven, eight and now 11 floors and when Kansas City-based law firm Husch Blackwell was announced as the anchor tenant in December, the plans called for a nine-story structure.

Though you may only count 10 stories' worth of windows in the renderings, architect Timothy Wolosz clarifies that though the base appears to be one floor from the outside, there is a mezzanine of parking tucked in there.

Groundbreaking for the building is slated for April, with a completion date expected in the second half of next year.

The name is the result of a contest held among Husch Blackwell employees and surely pleases Jeffers, who is passionate about history and historical buildings. His firm also owns the nearby Mitchell and Mackie Buildings, and the vintage building on the northeast corner of Broadway and Michigan, among others.

In fact, the stone used on the new building’s facade will be quarried at the same site in Ohio that provided sandstone for the Mackie Building, which houses the Grain Exchange Room.

"In contemplating this project we have been very cognizant of this neighborhood’s history and its central importance over time to the commercial growth of Milwaukee," Jeffers said in a statement.

"We want the building to be a statement about our confidence in the future of Milwaukee, but we also want to acknowledge our city’s rich commercial and cultural history." 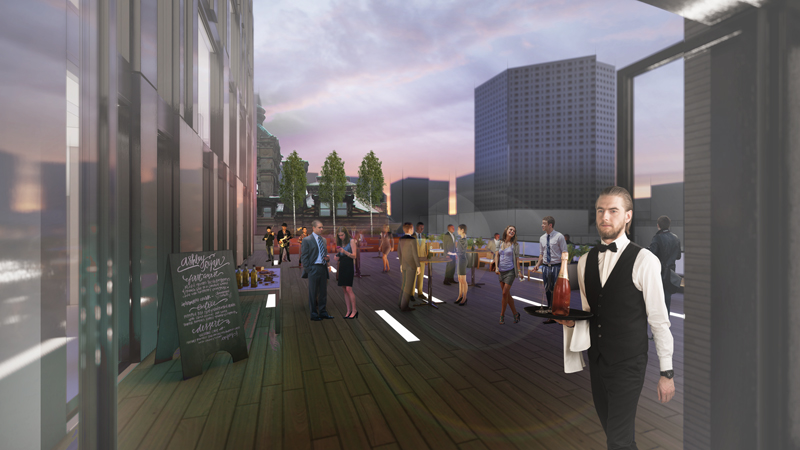 According to the press release issued Friday, part of the retail space could house a restaurant. One rendering of the building shows a terrace area that’s being used in the hypothetical drawing for a wedding reception.