No need to be humble: The Lonely Island delivers big at its Summerfest debut

The Lonely Island overall lost nothing from the hop from screen to stage, according to their Miller Lite Oasis Summerfest set. Or, to put it a little more humbly, their apple crumble was by far the most crumble-est.

For a bunch of short clips about snacking on cupcakes, unconventional Christmas and Mother's Day gifts, and an excess of enthusiasm for the "Pirates of the Caribbean" movies, The Lonely Island has made a serious impact on the world of being funny. (Like a boss.) Breaking through in 2005, the comedy trio's "Digital Shorts" breathed new hilarious life and relevance to "SNL," making pre-recorded skits a standard part of the program and forever changing the star-making comedy show. (Like a boss.)

So when the trio announced they'd take their patented style to the live stage for the first time (like a ... OK, you get it), including a stop at Summerfest, it was easy to wonder if their particular YouTube-enhanced brand of humor would translate to a live show, ironically enough considering its "SNL" origins. Wonder no more: After Friday night's absolutely jam-packed all the way to the back gig at the Miller Lite Oasis (which hey, where were all you people when "Popstar: Never Stop Never Stopping" came out?), the troupe brought everything that's made them beloved – their goofiness, their oddball energy, their flashy fun, and their actually legitimate songwriting and producing skills – and unleashed it live to rollicking results.

Or, put a little more humbly, their apple crumble was by far the most crumble-est. 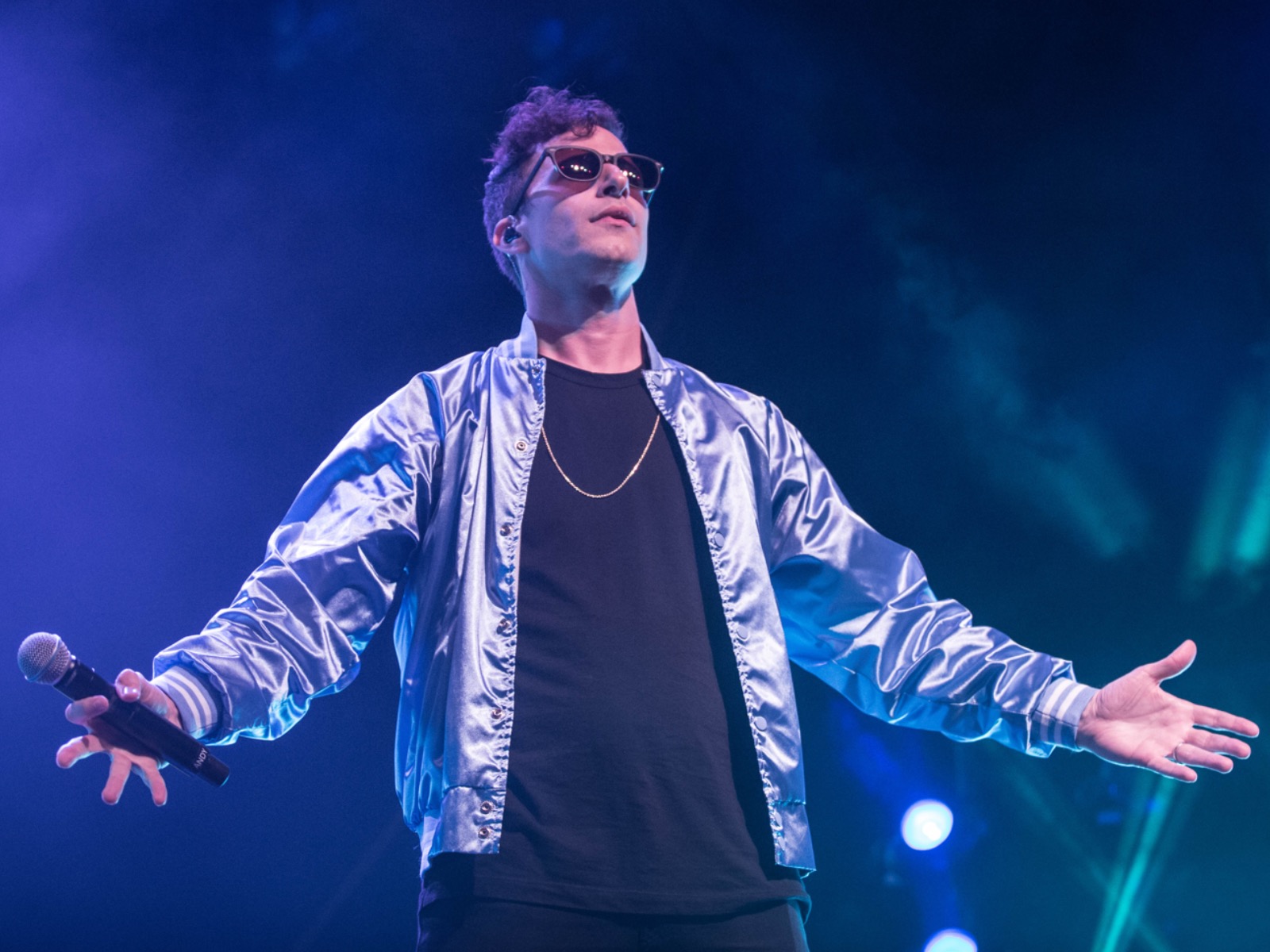 Calling their Friday night set a run of The Lonely Island's greatest hits would sell the evening short. The trio – made up of Andy Samberg, Jorma Taccone and Akiva Schaffer – played pretty much all the hits, sprinting through costume changes and celebrity cameos with a level of energy that could make the coked-up lead character from their "Great Day" video seem tame, starting right with their hilariously self-explanatory opening song, "We Are on Stage," complete with a video screen Lester Holt breaking this revelatory news.

Shifting gears to a comedic "rules" orientation – sorry, no tunneling under the stage allowed – it was clear right from the start that Lonely Island live wasn't merely a cheap collection of YouTube clips and comedy bits half-heartedly brought on the road for a buck, but it's own comedy show with own new jokes and giddy goofing around to bring to the table. And also a lot of ALF references.

Decked out in matching jackets and gold chains – the turtlenecks would come later, don't worry – the rapping comedy troupe blazed through a lineup of impressively poppy earworms, genre-perfect spoofs and irrepressible silly singalongs ("Jizz in My Pants," the Adam Levine-assisted "YOLO") that could rival any actual proper band's setlist and make them jealous of their hit-making prowess. In between crowd-pleasers like "Diaper Money," "The Creep" and "I'm the Boss" – all aided by a large video screen, often playing the accompanying videos or clips of their collaborators – Samberg and company cracked even more jokes, riffing on a not-so-sweet inspirational text from Kendrick Lamar to typical concert behavior, like chucking T-shirts into the crowd (even if they didn't quite turn out right ... at all).

No matter your preferred form of Lonely Island – from the "Digital Shorts" to Conner4real and the Style Boyz, to the newly released surprise Netflix special "Bash Brothers," dedicated to Oakland A's Mark McGwire and Jose Canseco – it made an appearance Friday night. And then some, especially in the case of the group's newest material, which included a live cameo appearance from one of the actual Bash Brothers and "Brett Favre" singing about his football skills and, most importantly, meeting him by the Dippin Dots outside Water Street Brewery after the show. 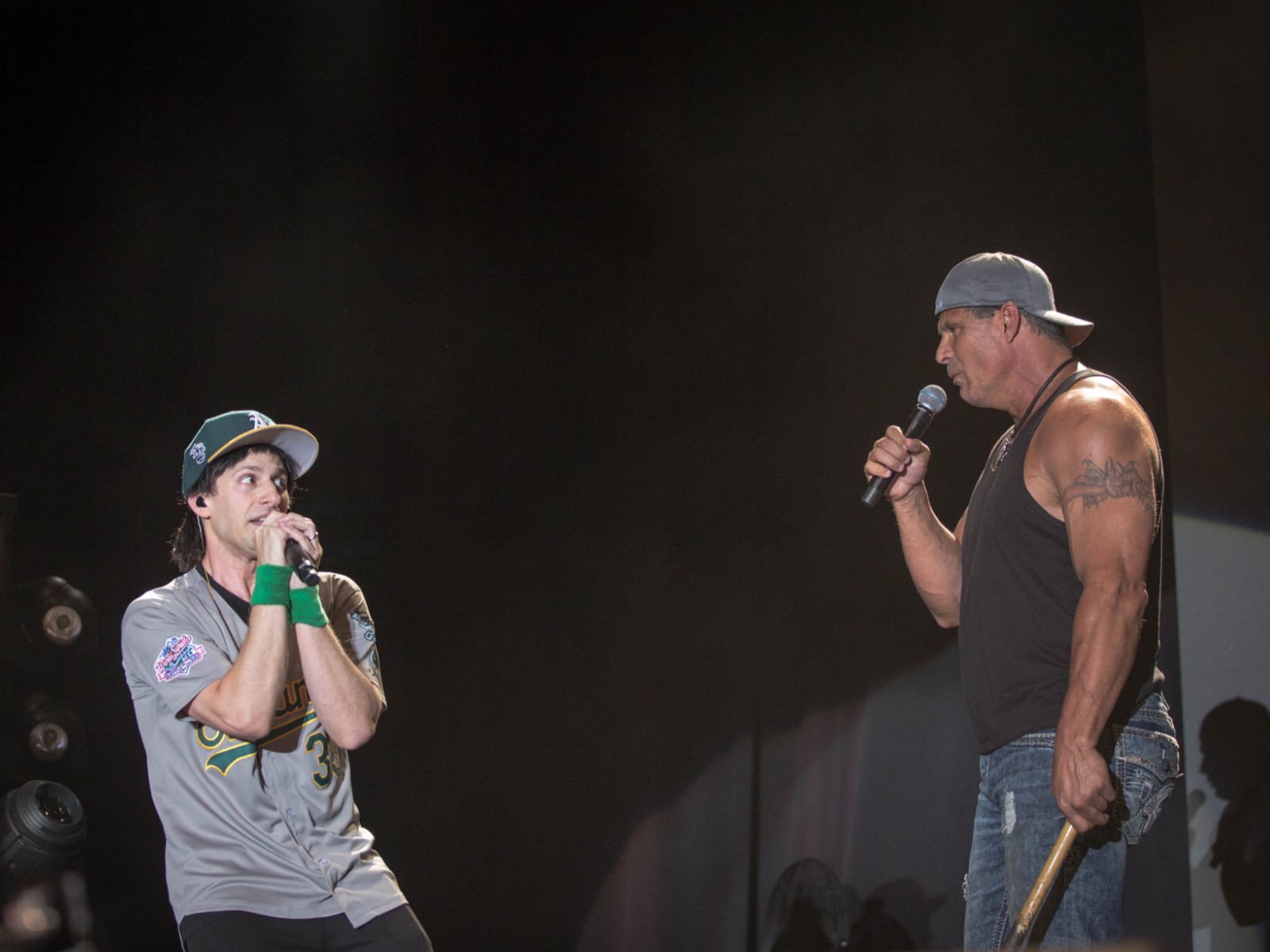 As that last gag shows, The Lonely Island's set nicely pitched or at least remixed many of the jokes and songs to the Milwaukee audience, making it feel not like just another rubber-stamped stop on a tour but a special night for a unique crowd. And though rumored visits from Justin Timberlake, Chris Parnell or Michael Bolton never came to fruition – at least not in the way you'd expect – the Summerfest audience was treated to one live collaborator cameo: rapper T-Pain.

His surprise appearance didn't come as all that much of a shock – anyone who looked at the Big Gig headliner schedule likely felt their eyes get big noticing his Harley-Davidson Roadhouse set timed on the same night as Lonely Island – but that didn't dampen the excitement as they teamed up on the finale, the goofball rap banger "I'm On a Boat." With that alone, Milwaukee got a special, one-of-a-kind evening – quite literally, as this was the rapper's first live appearance on The Lonely Island tour. 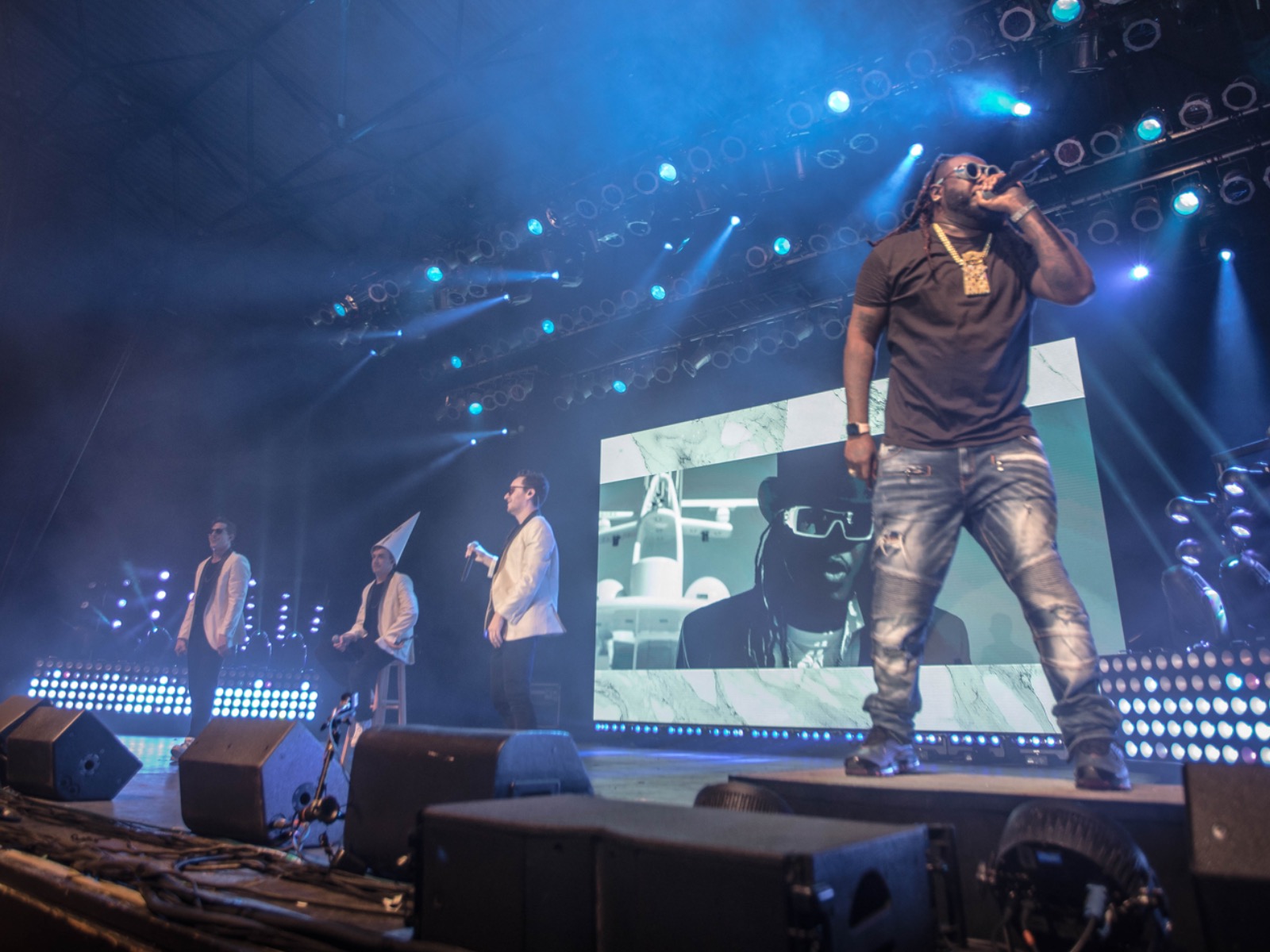 In case you missed it, T-Pain and Lonely Island together again (on a stage, not a boat) #Summerfest pic.twitter.com/8gawHUjclO — Matthew Mueller (@aManAboutFilm) June 29, 2019

The only negative on the night: Depending on your spot in the crowd, the bass may have blasted all other audio away. The middle of the audience, especially up front, took the brunt of the synapse-rattling bass, overwhelming the vocals and unfortunately rendering a significant part of the hilarious lyrics lost. Thankfully things improved significantly off to the sides – plus the screen often posted the words. Still, songs with less oomph in the low end, like "Finest Girl," and the in-between segments ended up being the highlights simply because they were intelligible. It was the rare show where the best seats in the house – up front, dead center – ended up being the worst.

But if even if the bass rendered some of the jokes lost in translation, The Lonely Island overall lost nothing from the hop from screen to stage. To paraphrase one of the few hits that didn't make the cut Friday night, everything was awesome.

Now if you excuse me, I have to go find out about this afterparty at the Dippin Dots stand outside Water Street Brewery.