If Lumineers were the last show at Fiserv Forum for a while, it was a great one

Performing in support of their new album, "III," The Lumineers filled the venue with fans hoping to escape the headlines and enjoy a night of live music with one of the best indie folk bands around. Here are five reasons why you shouldn't have missed it.

While many were saddened and shocked by the news that the NBA suspended the league’s 2019-20 season due to the coronavirus, the show went on at Fiserv Forum as The Lumineers brought their headlining arena tour to Milwaukee. Performing in support of their new album, "III," The Lumineers filled the venue with fans hoping to escape the headlines and enjoy a night of live music with one of the best indie folk bands around.

Here are five reasons why you shouldn’t have missed The Lumineers’ Milwaukee show at Fiserv Forum:

1. It was The Lumineers' biggest Milwaukee show to date 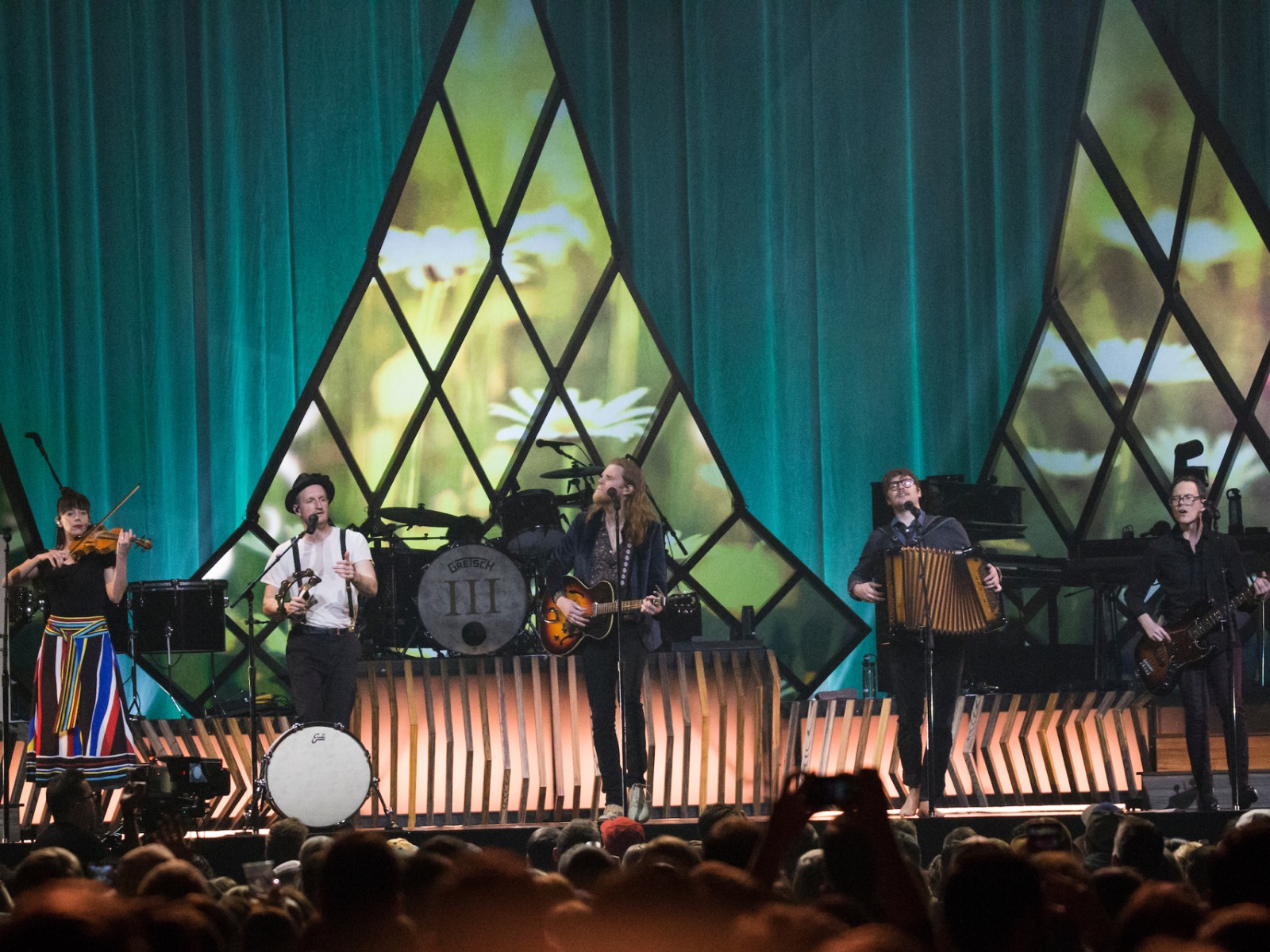 While The Lumineers have been performing on big stages in Milwaukee for years, lead singer Wesley Schultz took a moment during last night’s performance to thank the crowd and share that Wednesday was the band’s biggest Milwaukee show to date. With shows at The Riverside and the Bradley Center on their resume, it was only right that The Lumineers brought their new tour to the city’s new arena for a packed performance.

Not only did the indie folk band play for thousands of their most loyal Wisconsin fans, but the show rivaled all those great Milwaukee gigs before it as The Lumineers are as great live as they’ve ever been. Known for their energetic live performances, the band totally destroys the stereotype that folk music is boring, making total use of their massive stage and even performing among the fans at times.

2. They performed all 10 tracks from their new album "III" 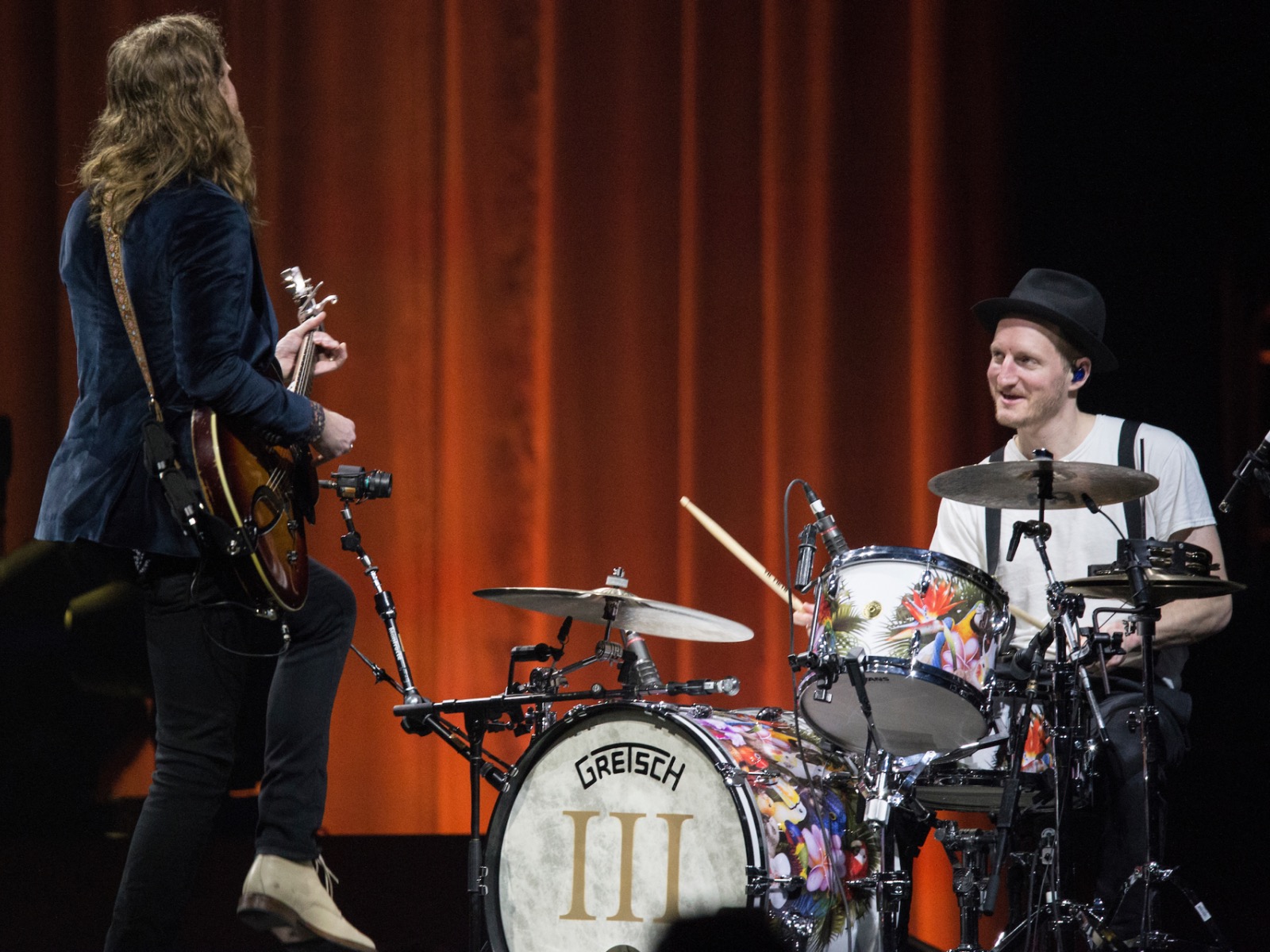 No matter what your favorite track is from The Lumineers’ new album, you had a chance to hear it live at Fiserv Forum on Wednesday night. Schultz and company performed 2019’s "III" in its entirety throughout the performance, only cutting select bonus tracks from the band’s lengthy setlist.

From the album’s singles "Gloria" and "It Wasn’t Easy to Be Happy for You," which were performed in the middle of the set, to B-sides like "Life in the City" and "My Cell," the band gave new life to their third studio album through their massive tour of the same name. While some bands only perform a few tracks from their newest album, The Lumineers gave fans their money’s worth by incorporating the entire LP into the night.

3. And all the hits from their first two albums too 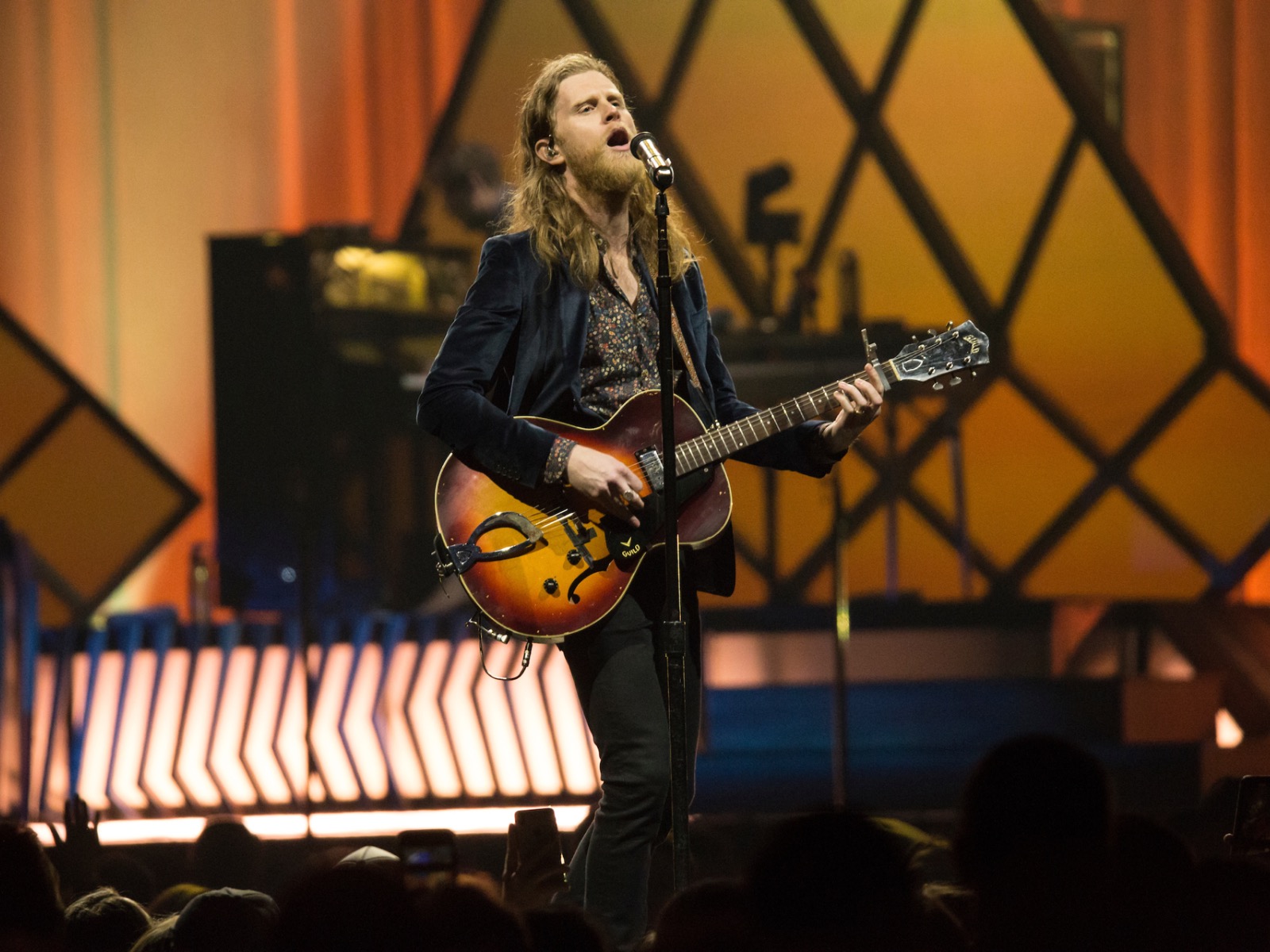 Just because they performed their entire new album doesn’t mean that The Lumineers forgot about their catalog of hits from their first two albums: 2016’s "Cleopatra" and their self-titled 2012 debut.

Of course fans were excited to jam out to new tracks and future classics, but nothing compared to the room’s energy when the crowd took over singing duties for The Lumineers’ massive hit "Ho Hey." The band’s breakout single still remains their biggest hit, but the world and their fans will never get sick of the catchy hit song.

4. They performed a great five-track encore 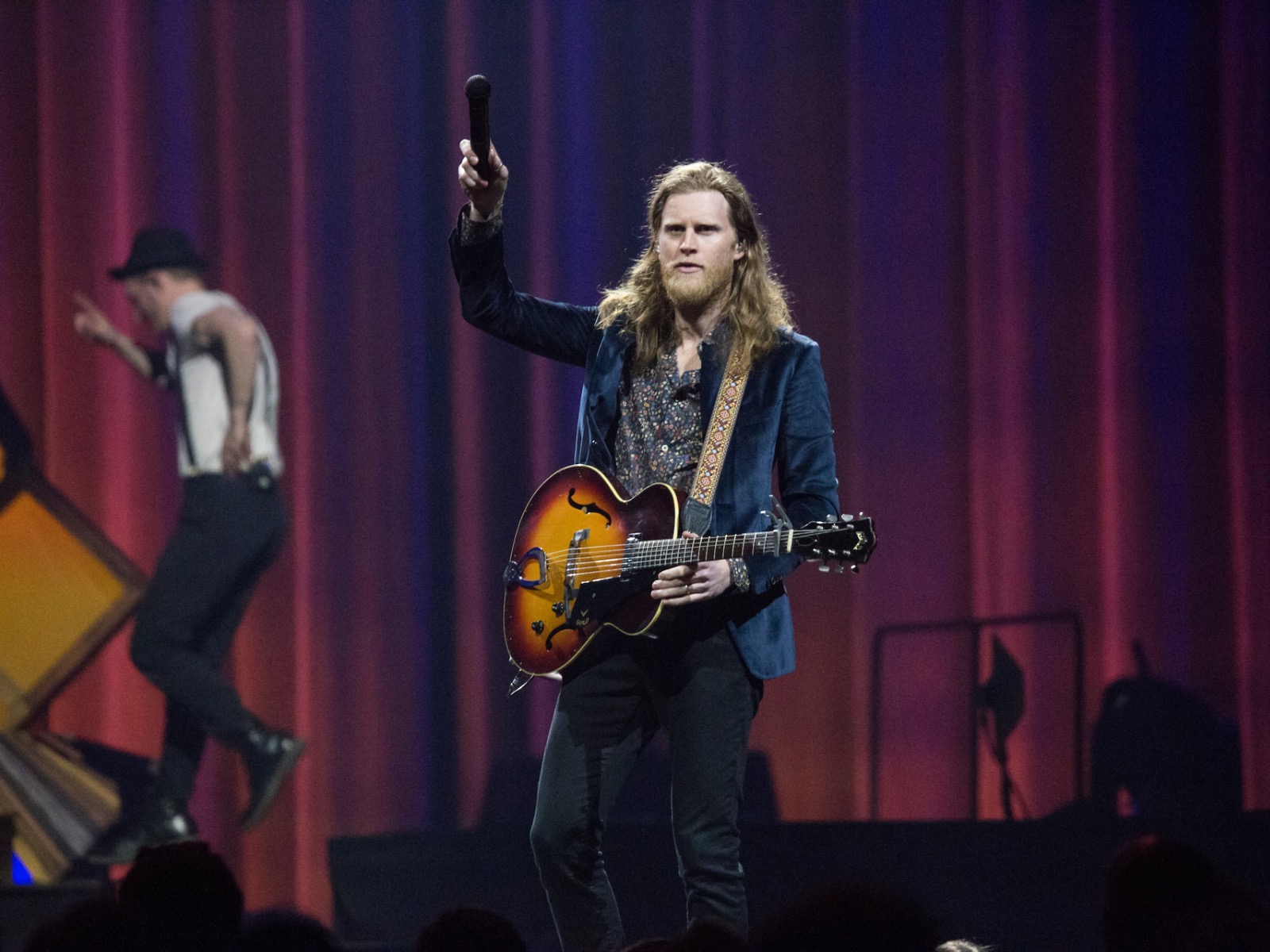 Forget a one or two song encore; The Lumineers gifted their Milwaukee fans with a five-track encore on Wednesday night. The lengthy encore performance consisted of at least one track from every one of The Lumineers’ albums, with a few tracks from their new album as well as live performances of "Ophelia" off of "Cleopatra" and "Stubborn Love" from their debut album to close out the night.

Fans will always leave the show wanting more when a band performs as well as The Lumineers, but a big encore set made for a great cherry on top of an already memorable night.

5. It could be Fiserv Forum’s last concert for awhile 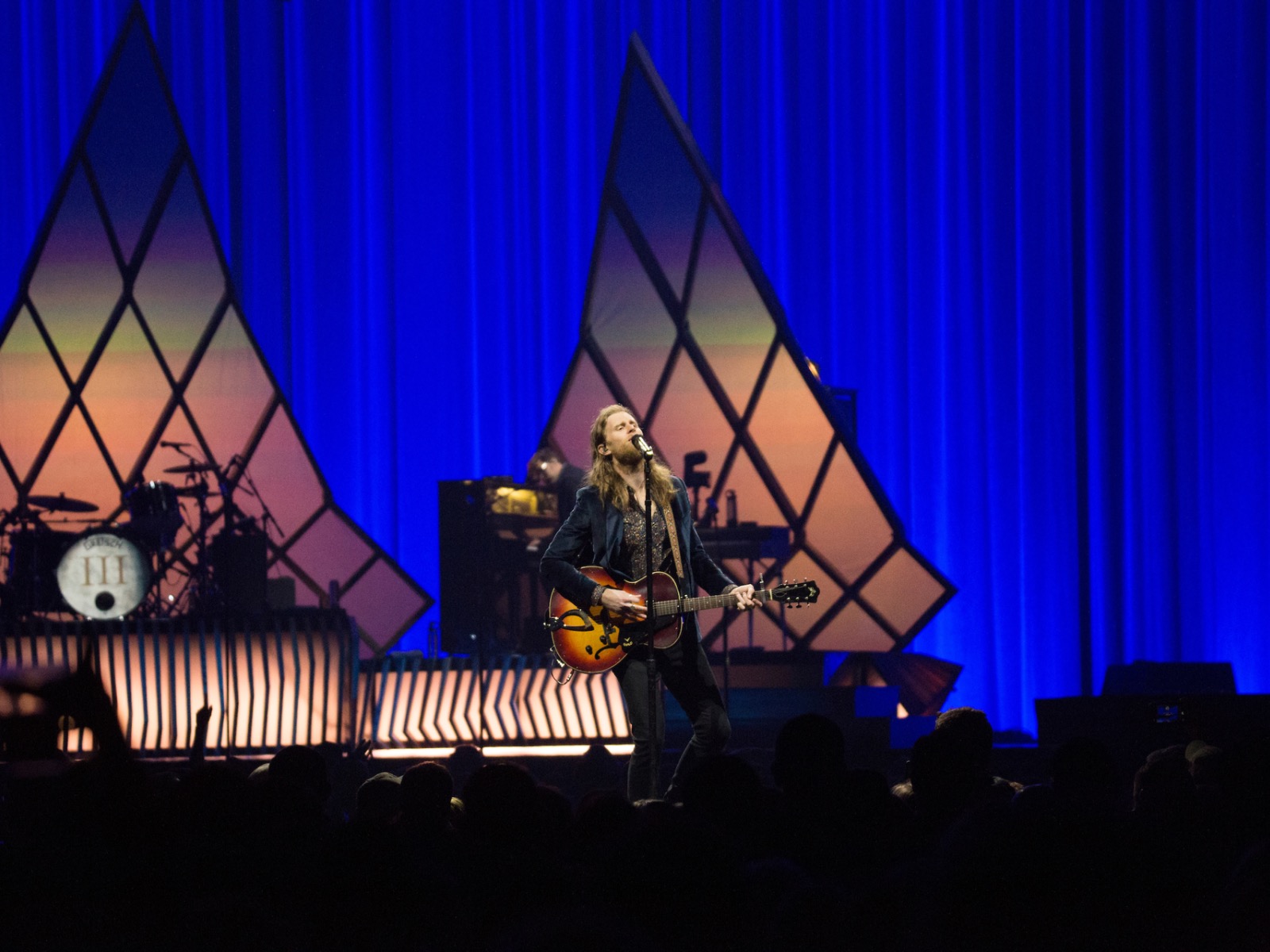 While Fiserv Forum was full of joy on Wednesday night, as fans celebrated The Lumineers’ Milwaukee visit, news broke that the NBA was suspending its season due the outbreak of the coronavirus (COVID-19) moments before the headliners hit the stage. Under the same roof that the Milwaukee Bucks call home, many fans were justifiably concerned.

Only time will tell when Fiserv Forum will host its next basketball game – and if some of the arena’s upcoming concerts (Blake Shelton, Michael Buble, Elton John) will take place as scheduled. Of course the health and safety of fans will be a top priority when determining what events the arena will continue to host. Fans will have to stay tuned as more changes are announced.