The Night Carnival brightens up Riverwest with magic this weekend

This Saturday, Sept. 14, The Night Carnival will again descend upon Milwaukee's Garden Park, 821 E. Locust St., with magic and wonder at its forefront for its third year.

This Saturday, Sept. 14, The Night Carnival will again descend upon Milwaukee’s Garden Park, 821 E. Locust St., with magic and wonder at its forefront for its third year.

Presented by the Teatro di Affetto theater company, The Night Carnival will transform into a living stage where costumed performers roam interactive set pieces to ferry attendees out of the every day reality of the Riverwest neighborhood into a complex and fun story. The first year saw at least 500 people attend; the second year brought more than 1,000 people to be spellbound by the tale.

The story is filled with alchemists, time-shifting mystics and beings called "clockwork beasts" – all materializing out of a realm called The Floating City. In a bit of immersive theater where the proverbial fourth wall will be tangibly broken down, guests will be thrilled with intoxicating sights and sounds. From 5 to 10 p.m., the event will host performances by fire dancers Sisters of the Eclipse, Ruben Piirainen (in affiliation with Present Music), interactive scavenger hunts, and a beer and spirits garden featuring Black Husky Brewing and cocktails by Crucible Beverage and Lost Whale, which will include a batching of a Hendrick’s cocktail.

At this point, you may wonder where such a unique and transportive idea got its roots. The initial impetus came from the mind of Nina Maybe, the de facto leader of The Night Carnival. She was with her former partner, who asked her where she came from. In an act of fever-dreaming while awake, she was ready with a reply.

"I was a bit whiskey drunk, and I said, ‘I come from The Floating City,’" Maybe says. As she tells it, the relationship ended – but the idea of this fictional place continued to germinate within her.

"I found myself returning to the story and adding to it in times of heartbreak and being in love," says Maybe.

Maybe eventually began to share pieces of the story with others. Some of these others began adding their own pieces to the dizzying drama, culminating in a multi-author collection of short fiction diving into the fable published by Milwaukee staple Vegetarian Alcoholic Press, run by Freddy La Force. 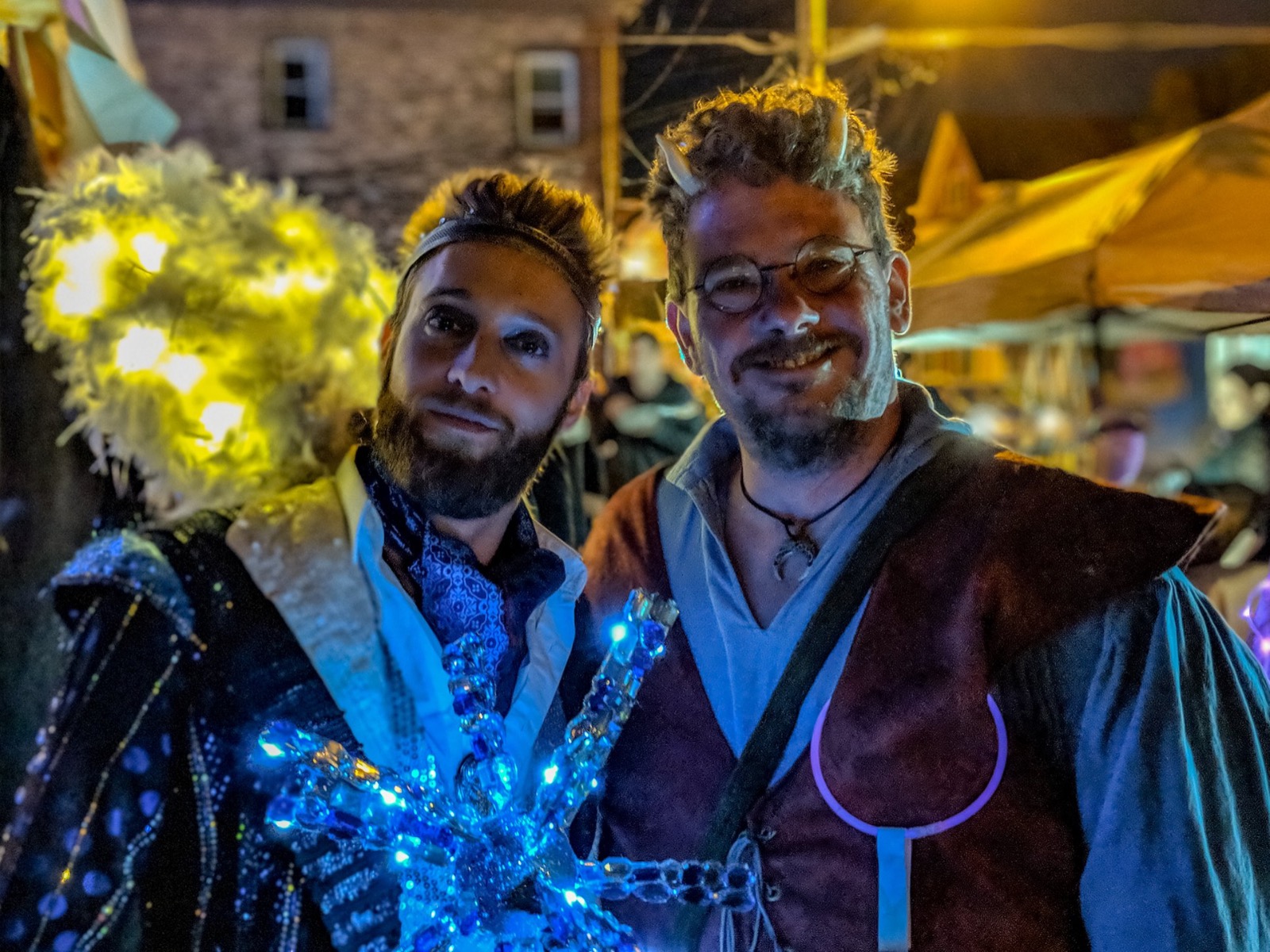 From that small point of Maybe’s illumination, the tale has spun into its own universe, helped by many who have made their own marks on it in ways Maybe could not have imagined. One such person is Ridire Quinn.

"I had met Nina at Poets Monday (at Linneman’s Riverwest Inn). Her work was phenomenal. She turned cliché on its head. She made personal confession seem universal. She became something else on stage," says Quinn, adding that it was a blur how he got involved in The Night Carnival. He initially signed on to be a vendor carving runes.

"I write a character, the Steward, one of several mythical beings embodying energy similar to the Fates," says Quinn. "If I were to say that it was magic, I would sound cliché, unimaginative, but if there is even a remote possibility that mere mortals could encounter true magic in this world, being a Steward of The Night Carnival carries that possibility."

Teatro di Affetto and The Night Carnival both embrace a radical vulnerability.

"Radical vulnerability is an essential part of our ability to connect to the people around us, and that authentic connection is necessary in resisting the sort of isolation that we suffer in a culture that preaches bootstrap rhetoric as a means of measuring human value," says Maybe.

"Our Carnival Attractions are all rooted in interactions that encourage this kind of vulnerability. We want people to be brave. We want people to be the most authentic versions of themselves. Sometimes our authenticity can only be reached through fiction, through storytelling. Our goal is to facilitate spaces for this."

With those ideas of community building in mind, this year, 20 percent of all vendor sales will benefit Milwaukee High School of the Arts.

While The Night Carnival is family friendly, there are mature elements that occur after 10 p.m. From 11:30 p.m. until 2 a.m., the carnival will dovetail into an after party inside the Riverwest Public House Cooperative with a $5 cover charge. This portion of the event will be hosted by Abu Pablo’s Micro Dance Party and features Brew City Bombshells Burlesque emceed by Dora Diamond.

For Maybe, The Night Carnival looms large in her perspective.

"My life’s work is to build something that belongs to everyone and that they truly believe belongs to them."

Monster Jam will roar back into Fiserv Forum in January