In 2016, entrepreneur (and Marquette alum) Marcus Lemonis arrived in Milwaukee to film an episode of "The Profit." He left with one of the most infamous storylines to hit his hit CNBC show - and two and a half years later, he's revisiting the drama.

In the summer of 2016, entrepreneur (and Marquette alum) Marcus Lemonis arrived in Milwaukee to film an episode of "The Profit." He left with one of the most infamous storylines to hit his popular CNBC show – and two and a half years later, he's revisiting the drama.

On Tuesday night at 9 p.m., "The Profit: An Inside Look" will air a special behind-the-scenes episode with Lemonis and executive producer Amber Mazzola, chatting about the details of one of the show's most famous stories, found right here in Milwaukee.

The drama took place at local lunch locale The Soup Market, as Lemonis' usual task of helping restructure and improve a small business hit a peculiar speed bump when Lemonis discovered some odd behind-the-scenes drama at the restaurant involving owner Dave Jurena and a mysterious employee named Grace, eventually revealed to be Grace Ladewig. She was told to stay invisible during the filming of the show, then was fired among the proceedings.

And in case you haven't watched the episode, I'll save you from any spoilers – for those, read this rundown from the original episode – but Lemonis discovers even more complications between Jurena and Ladewig, the latter becoming an incidental viral sensation in the process with a hashtag (#WhosGrace) to match.

So there's a lot to unpack – even more than they could fit, apparently, in the main episode, which is why we're getting a bonus episode featuring Lemonis looking back on the drama simmering years ago at The Soup Market. As a bonus, you can discover that Mazzola may or may not know where exactly Milwaukee is. "The Profit" tweeted out a clip of her confusion, but unfortunately deleted it ... 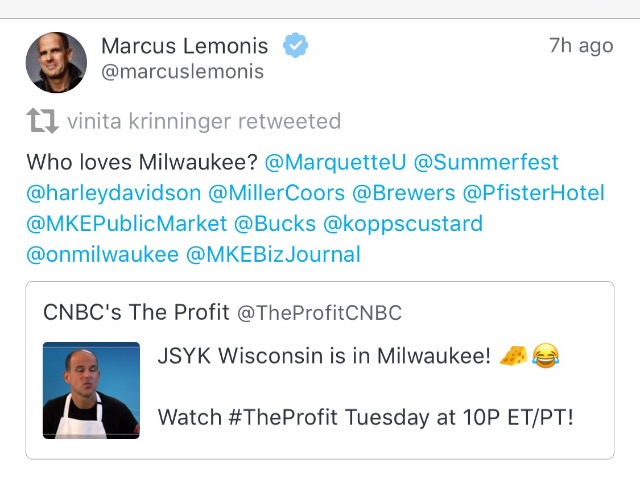 All the more reason to tune in and watch Tuesday night at 9 p.m. on CNBC!