The Roots absolutely killed it at Summerfest

Everybody assembled at the BMO Harris Pavilion for Summerfest knew it: A crime had been committed. The legendary Roots crew killed it.

Everybody assembled knew it: A crime had been committed. The legendary Roots crew killed it.

As the Fourth’s rockets' red glare began to burst in the sky, a DJ appeared. He riffed violently on John Coltrane’s immortal tune "A Love Supreme" – a nice place setter for the raucousness that was to come. Coltrane’s melody was quickly and expertly woven into "I Got the Feelin" by the Godfather of Soul himself. Quickly the crowd filled in the BMO Harris Pavilion, surrounding each other with the good energy that was already flowing from the stage.

Almost as if from the ether of the heavy fog that was rolling off of Lake Michigan, The Roots entered. They wasted no time hitting "The Next Movement." Black Thought’s mind must have been rippling from the articulate, bone-stirring lyrics that tumbled out of him with reckless abandon. "Scared money don’t make money," he said. He then turned those words into an anthem as the crowd followed suit.

The 11-piece band displayed a lion’s prowess with their instruments – though that's what you would expect from a band that’s been doing it since the mid '90s and now has a comfortable day gig where they only sharpen their talons.

They were like an animal let out of its cage. The Roots can handpick what places they want to play now, where they no doubt will absolutely rock each attendee’s world. When they got into "Proceed," they did proceed to give the crowd what they need – that need being deadly precise rhyming over a rampaging band.

What came next was a firestarter, taking everyone who was there by storm. The Roots launched into an assault of classic, fun rap songs. Black Thought used the top of the show to let the crowd know that this was a grown folks party. This medley more than proved it: "A Milli," "Big Pimpin'," "So Fresh and So Clean," "C.R.E.A.M" and "Shook Ones," which eventually segued into Stevie Wonder’s "Knocks Me Off My Feet."

The crowd chanted to every song, and the energy was on the incline. The energy that The Roots shelled out was more than returned by the nearly full BMO Harris Pavilion. It was an encyclopedia of good hip-hop. (Kids, look up encyclopedia on Wikipedia.) 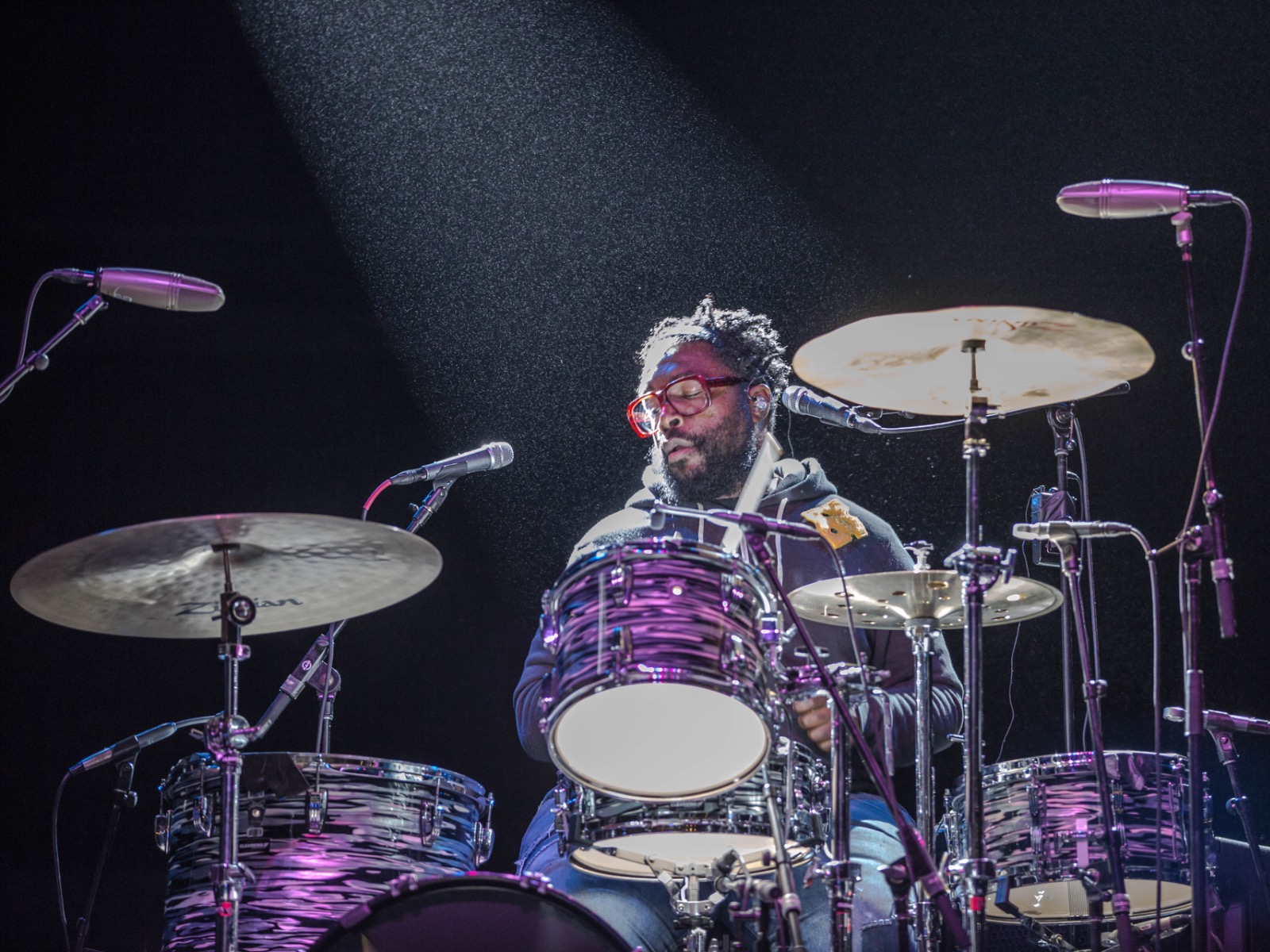 From that crest, The Roots found a way higher, going into "You Got Me" with a flashbang. Captain Kirk Douglas reprised the role of Erykah Badu on the vocals and crushed it, his slinky sexy stealth guitar riff on "You Got Me" selling the song before any words came out. Then the words did come out, and the listener was transported with Black Thought through a memory, hanging on for dear life because Black Thought was killing it with the verses.

The song exploded into an ending featuring Douglas soloing to the heavens. At the very end, he held his guitar up high as he played and offered it as a sacred blessing. It felt like, with summer finally here in Milwaukee, everyone in attendance was ready for a blessing.

Cody Chesnutt’s song "The Seed" was a brilliant follow-up. It is a brashly aggressive and clever song. With Douglas again assuming the lead singer duties, Black Thought crafted a narrative that was at once relatable and totally alien. Yet the way he careened through the story like a river upon its banks was stunning and deeply moving.

Speaking of moving, The Roots flew into the Curtis Mayfield dream song, "Move On Up." They let it pulse, with the percussionist taking the lead and fiercely defending that lead with his polyrhythmic way. There was no need to ask the crowd to get up and move because bodies know good grooves – and The Roots had firmly attached themselves to a good groove.

Somehow that song became "Apache" by The Sugarhill Gang. And somehow all the people in the audience were jumping on it like Tonto. Black Thought then re-asserted himself with a blistering monologue that had everyone calling for more. It was more that he gave them as he repeatedly stopped the song and restarted it, each time with a higher force.

On nights like these, life is open; life is grand. The Roots finished with a feverish flurry. Like a mid-February thunder-snow flurry, they let it all hang out. They busted out Temptations synchronized dancing. Questlove dominated with his J-Dilla-esque off beat but not off beat drumming. Lastly, Douglas took the whole picture and directed it skyward where the remainder of The Roots skillfully met him. With his last note, he fell to the ground emanating energy.

It is beautiful that we get these Milwaukee summer nights where a rap band can bring joy and ease any collective troubles for a moment.