Milwaukee theater delivered a weekend of fabulous females on stage

Once I got a chance to sit down and think about it, I was full of marvel at the female actor talent that I saw on stage over the weekend. One spectacular performance after another proved one fact: The ladies rule!

It may or may not have been a personal record, but I saw six plays in five days in Milwaukee over the weekend, a sumptuous table full of high drama, some comedy and a lot of great theater.

It was also full of the ladies.

Once I got a chance to sit down and think about it, I couldn't stop marveling at the female actor talent that I saw on stage over the weekend. Opportunities for women in the theater are an issue, and the concept of gender neutral casting is something I’ve written about recently.

While gender neutral casting and special treatment for women may well be on the mind of some, all you had to do was sit next to me this weekend to witness some of the best acting you’ll ever see.

My weekend included "Of Mice and Men" at The Milwaukee Rep; "The Mojo and The Sayso" produced by the Bronzeville Arts Ensemble and Madison’s Theatre Lila, at The Rep; "Powder Her Face" at Skylight Music Theatre; "Agnes of God" at Renaissance; "Twilight: Los Angeles, 1992" at Next Act Theatre and "The Devil’s Music" in the Stackner Cabaret at The Rep.

But the real impact was the power of seven Milwaukee women I saw on the stage. Here’s a brief recap in the order I saw them.

Kelly Faulkner had a tough job of being the only woman in a cast of hard-pressed men during the Depression and Dust Bowl in "Of Mice and Men." She started as the tease and a woman woefully uncomfortable in her surroundings. Then she brought us a memorable monologue in    virtual simultaneous rhythm with one from Lennie. It’s a scene full of the vulnerabilities she’s kept hidden in the hopeless trap in which she is caught and being uncomfortable in her skin. 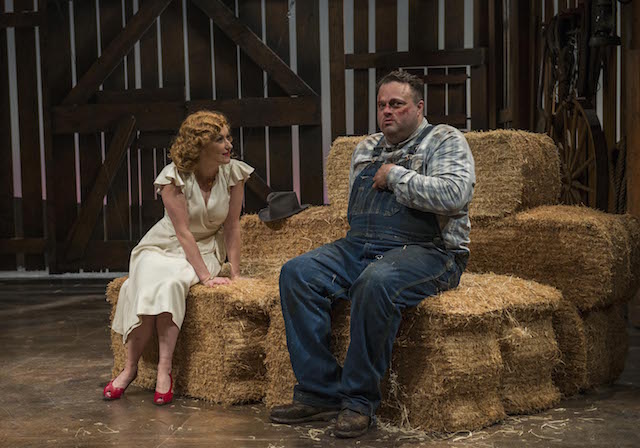 Next came Marvette Knight in "The Mojo for the Sayso." She played a woman trying
desperately to find a way to deal with the three-year-long grief of the shooting death of her son by a white cop. Knight, who had sought comfort in religious devotion, gave us a sharp portrayal of a woman in pain and both uncertain and full of doubt about her deeply held faith.  Torn between the secularism of her husband,  he rebellion of her remaining son and the pastor who weaves a spell, she gave a performance that was well-rounded, smart and intricate. 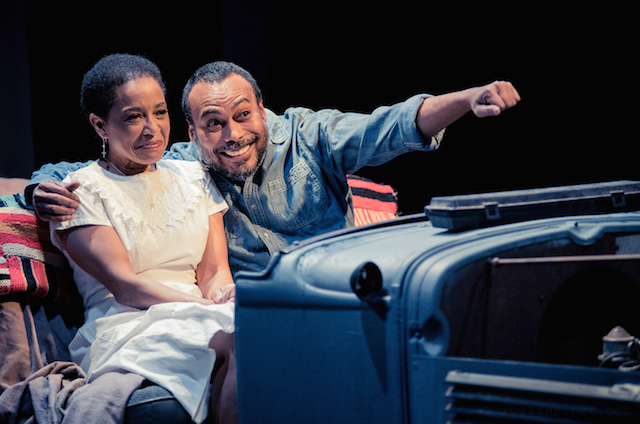 My incredible Saturday started with Laura Gordon in a smart and passionate staging of "Agnes of God" by Renaissance Theaterworks. Gordon played a psychiatrist charged with evaluating a young nun who was found with a dead baby in a wastebasket in her room. Gordon, incessantly and nervously puffing Marlboro cigarettes, is the very personification of the triumph of science over faith. She gives us a slow, ever so slow, slide toward a belief she once rejected and now sees on horizon.

Flora Coker played the Mother Superior in "Agnes" and showed again why she has been one of the top actors in this city for over 35 years. Coker is an actor of remarkable range and proves that if you’ve got it, it doesn’t matter how long you’ve been doing it. And Coker definitely has that elusive "it." One of the strongest elements of Coker’s work has always been the way she listens to other actors and hears the situation in which she’s involved. She is always engaged and pulls the audience into a shared engagement.

Rana Roman has been known as a special musical theater talent, primarily because she got a voice somewhere that seems to know no bounds. She can sing anything. In "Agnes," she sings and chants the sacred music of her convent, and it’s an intimate part of the story line. But she also has serious acting chops, and the scene where she finally confronts the birth of her baby is one of the most dramatic and chilling you’ll ever see.

Saturday’s treat was two of the finest actors on our stages in the courageous and important production of "Twilight: Los Angeles, 1992" directed by David Cecsarini. This 37-character verbatim play, about the riots that shook Los Angeles after the Rodney King beating, requires the actors to play multiple roles.

Angela Ianonne took the stage first as the famed opera singer Jessye Norman. She also played a black male lawyer and a Latina witness to the beating. If there is any one word to describe Iannone on stage, it would "precise." Her precision crafts finely honed characters who are full of honesty and determination. When you see Iannone on stage, there is never any doubt about what she’s giving you. 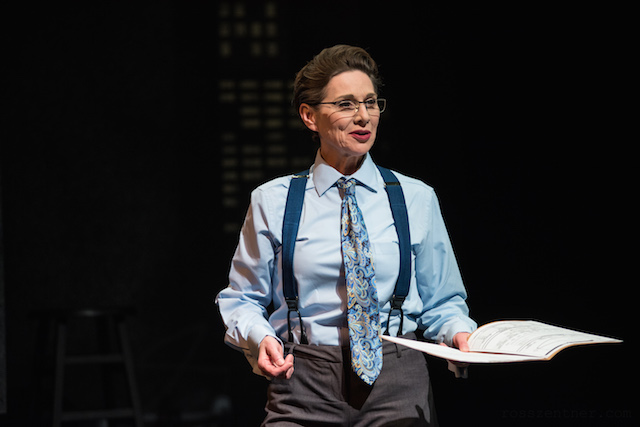 Gobel plays everyone from Elaine Brown, a former head of the Black Panther Party, to the male president of the Los Angeles Police Commission. She has a passion about her, both in real life and onstage, that sweeps you into the wide open envelope of her heart. She is an actor of great ambition, always pushing to that line at the edge of the character and almost never crossing over it as she gives you a piece of her heart. 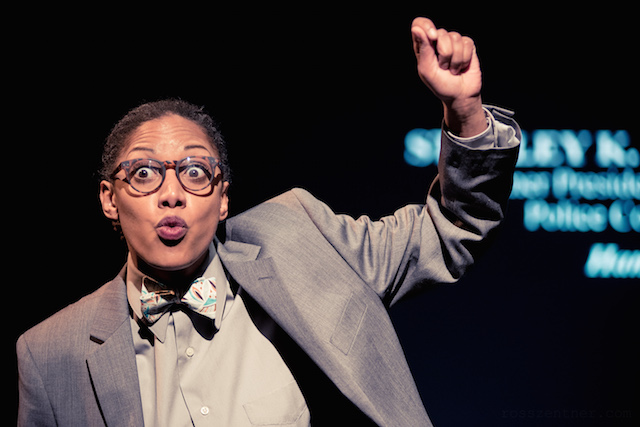 I’ve caught my breath after that whirlwind, but I am comforted, as we all should be, that both the opportunities and achievement of women in the theater are in good hands.