I've been dying to tell you this

It was my birthday and I was rehearsing lines for a play about Oscar Wilde. I got a call from my father saying that my mother had died. He had been worried that she was sleeping late and went into her room to check on her. He said that when he touched her, "she was so cold." She had a smile on her face and an old Violent Femmes T-shirt on. She had the last laugh.

By Victor DeLorenzo Special to OnMilwaukee.com Published Aug 26, 2015 at 3:44 PM

Sometimes in summer, the assorted cousins would all meet up at my Aunt Connie and Uncle Charles’ house in Libertyville, Ill., for a bit of young kids hell raising and a possible dip in the neighbors pool.

I remember this particular day as being very hot and sticky, so my cousin Chris and I couldn't wait to splash around in the shallow end of this large in-ground pool. Our parents were having a good laugh, a few Meister Brau's and getting the grill ready, so we went to the pool with older cousins Michael, who was Chris's brother, and Buddy who was Connie and Charles’ son. (Buddy, by the way, would also play drums and had a Midwest regional hit single with Shotgun, by his group "The Bondsmen" in 1967.) To the pool …

Chris and I hit the shallow end and proceeded to horse around. This pool was beautiful and had three different areas of depth based on a downward slope design of the pool floor from very shallow to deepest. As long as Chris and I stayed in the safe area and didn't go into the middle and toward the deep end, we would be fine. In later years, I would scuba dive, but at this time, I couldn't swim and neither could Chris.

The floor of the pool was a textured sand treatment that was easy on the feet, but still gritty enough for traction. I was bouncing up and down, close to the pool wall, when I slipped and felt myself losing balance while getting a face full of water that made me choke almost immediately. It was so sudden that it was cartoon like, but with a vicious aqua slap like this, I was in serious summer danger. I was in the deep end.

I was confused now, and I was trying to get to a safer depth, but I was starting to panic and I was taking on water like a doomed submarine. I could feel my insides fill with fear and I started to wonder what the calm was that I was also feeling. The quiet that you feel underwater is a very inviting silent world, but I didn't want to join that world.

Silence. I was almost filled with water and I was freeing my mind to accept whatever would come next. I would let myself go and I wasn't afraid. I was weightless. Sinking … Still … Silent.

And then my calm and peaceful nothingness was shocked by a hand grabbing my hair and pulling me out of the water and onto the side of the pool. It was my cousin Buddy and he saved my life that day. How he knew that I was in trouble, and then acted that fast to pluck me out of my horror, still mystifies me to this day. Maybe the drum gods sent him to me. Maybe I've always been lucky. Maybe.

This was the first time I managed to escape a watery end, but not the last.

She was so cold 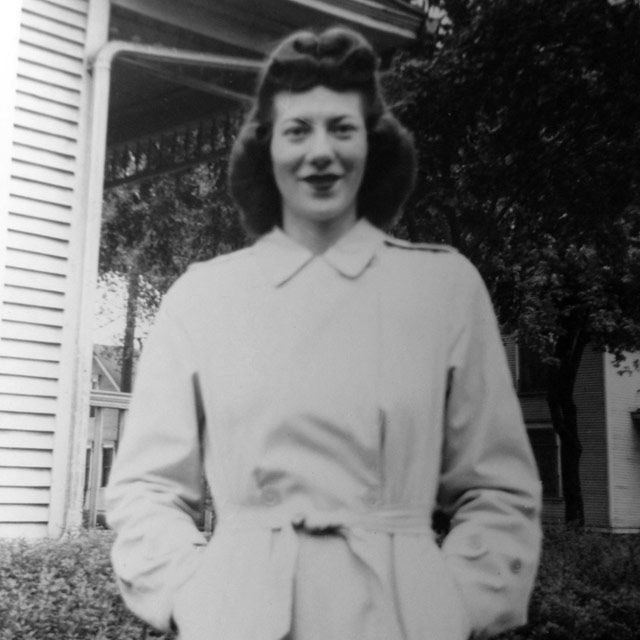 It was my birthday and I was rehearsing lines for a play about Oscar Wilde. I got a call from my father saying that my mother had died. He had been worried that she was sleeping late and
went into her room to check on her. He said that when he touched her, "she was so cold."

She had a smile on her face and an old Violent Femmes T-shirt on. She had the last laugh.

"The Bone Lady from Sandwich, Illinois" was the name she gave herself when she would introduce the Fems at live shows. She wore a bright red riding hat and a silky gold jump suit
with matching purse, and of course, a white rubber squeeze toy bone around her neck on a gold cord.

The audience loved her. My mother the Dadaist.

Victor DeLorenzo has been performing for audiences around the world for the last 40 years, give or take a few hours here or there. Victor is proud to have worked as an actor, writer, speaker, producer of sound and image, director and musician.

Show your support for the family of DPW worker Bryan Rodriguez