The Brick Pub & Grill carries on family legacy in Glendale

When Tim and Chelsea Hren decided to open a restaurant, they sought out the space once occupied by Tim's grandfather's business.

For the ninth straight year, October is Dining Month on OnMilwaukee, presented by the restaurants ofPotawatomi Hotel & Casino. All month, we're stuffed with restaurant reviews, dining guides, delectable features, chef profiles and unique articles on everything food, as well as voting for your "Best of Dining 2015."

The Brick Pub & Grill, 6343 N. Green Bay Ave., opened quietly this last week in the former home of Mini’s, a pizzeria which closed in June 2014.

The opening was a landmark accomplishment for owners Chelsea and Tim Hren, whose family owned Wren’s II, a restaurant known for its steak and Friday night fish fries.

Louie Hren, Tim’s grandfather and owner of Wren’s, was a pillar of the Glendale community, who hosted fundraisers for local causes and was known for offering up free coffee and soup to any city workers in the area who needed a break from the elements.

His first restaurant, which opened in 1961, sat on the corner of Green Bay Avenue and Mill Road where the Kletzsch Park softball field now stands. 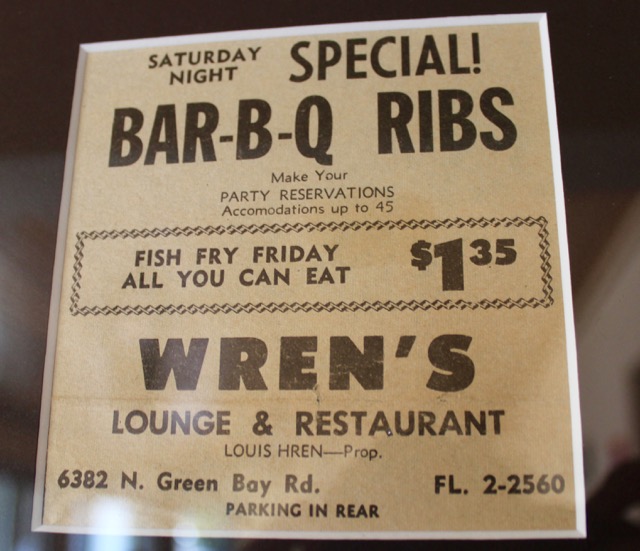 "Ultimately, he sold it and took a break from the restaurant business for a few years," says Tim Hren.  But, in 1981, he took over the The Trestle, a restaurant across the street, and it became Wren’s II. My Uncle Billy was his head cook, and I helped around the restaurant all through my childhood, usually cleaning things. I remember it was always full... a popular spot that was known for its fish fry and steak dinners."

Louie closed the restaurant when he retired in 1992, passing away four years later. But, Tim – who spent much of his career working at area restaurants, including Dos Banditos and the Silver Spring House – always had a dream of taking over where his grandfather left off.

"He was like a father to me," says Tim, "And I always thought it would be great to create a great neighborhood spot just like my grandfather owned, a place that would be just as welcoming to families as guys who just want to watch the game."

So, when Minnie’s Pizzeria went up for sale in 2014, Tim contacted the investor who bought the property and worked out a lease. And starting in January, he began working to refurbish the property.

"We did all the demolition ourselves," says Chelsea. "And Tim coordinated all the subcontractors for the remodel. We really wanted to brighten up the space and make it new and modern. But, we also wanted to preserve some of what had been here for years." 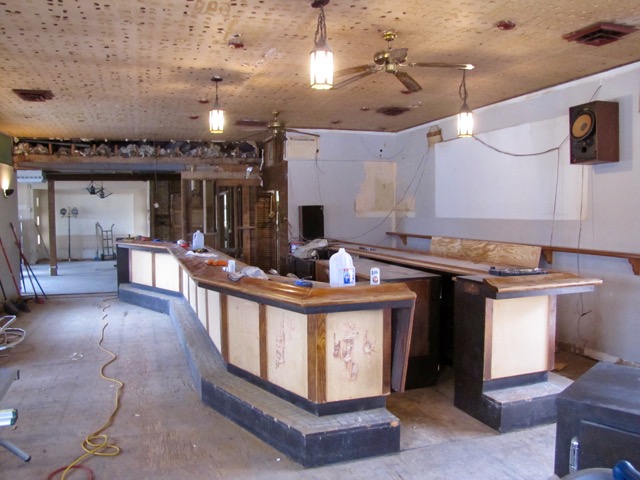 [Photo by Bob Roska: View more photos of the transformation on Google]

The original horseshoe-shaped bar was refurbished and updated with cream city brick from an old chimney on the property. Patio tables and The Brick Pub & Grill sign were made from wood up-cycled from the building’s deck.

The finished product is a bright airy restaurant with warm homey touches and a bit of history (like framed clippings about Louie Hren from the local paper) around every corner. 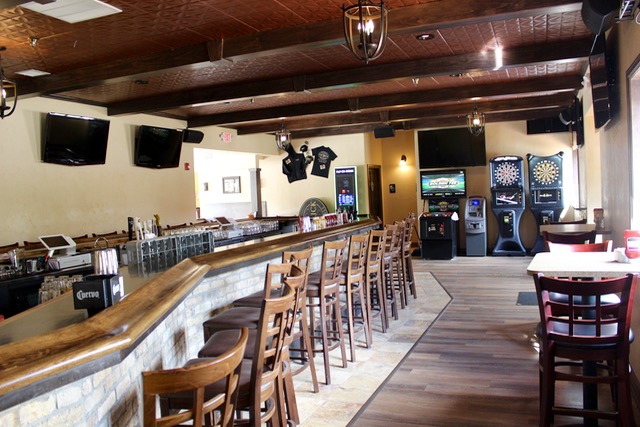 "The fish fry is the original recipe that my grandfather used at Wren’s," says Tim. "We really wanted to bring that back just the way it was always served, and I think it’s something that sets us apart."

The rest of the menu contains a collection of burgers, panini, wraps and sandwiches, along with appetizers like spinach and artichoke dip ($9.50), wings ($10) with a choice of sauces, mac ‘n cheese bites ($8) and ooey gooey fries ($8) topped with spinach, bell peppers and melted Sriracha cheese sauce.

"We make just about everything from scratch," Chelsea notes. "Including soups and sauces. You can get a beer anywhere, but we want people to come here for the food." 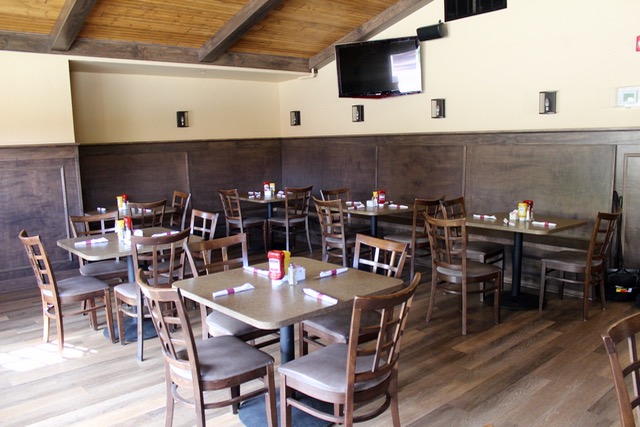 Both Tim and Chelsea will have a near constant presence at The Brick, and Tim notes that they’ll be carrying on the tradition of being present as both business owners and good neighbors.

"It was important to me to be present to the community, just like my grandfather was," he says. "We hosted a fundraiser for a local little league team before we opened. And this November, we’ll do a winter gear drive where people can donate coats, hats and other items in exchange for gift cards to the restaurant. We’re also planning to host a chili cookoff to raise money for the local firefighters sometime next year."

Future plans for the restaurant include the addition of Sunday brunch, which will include breakfast skillets, scotch eggs and a breakfast burrito along with other breakfast favorites. Lunch will also be available daily, beginning in November.