The "Brew City" is alive with the construction sounds as new breweries lay the foundations for a craft brewing revival. And one of those breweries is Third Space Brewing in the Menomonee Valley.

The "Brew City" is alive with the construction sounds as new breweries lay the foundations for a craft brewing revival.

Take for instance Third Space Brewing, which has plans to open in an 11,000-square foot space at 1505 W. St. Paul Ave. sometime this summer.

Right now, the brewery’s new home, which has been vacant for over two decades, doesn't look particularly impressive. However, Third Space owner and master brewer Kevin Wright says the brewery build-out is extensive, and includes a new roof and electrical, along with a variety of other improvements.

Ultimately, the new brewing operation will include a brewery and tap room, along with an open air beer garden located behind the building in a courtyard surrounded by cream city brick. 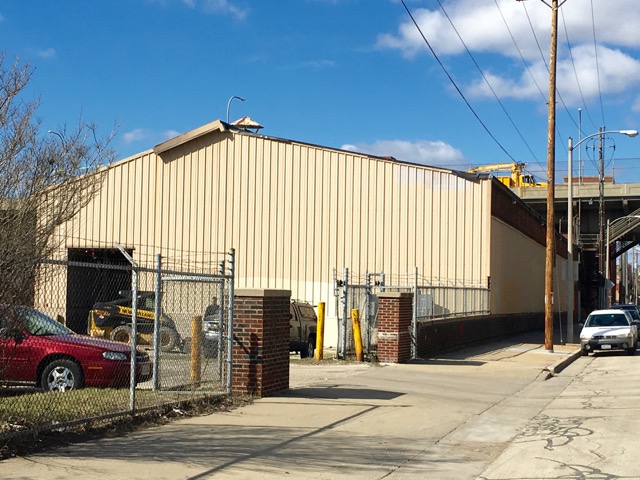 And the history upon which the brewery is founded is fascinating in its own right. After all, it is located on a stretch of land formerly inhabited by Geuder Paeschke & Frey, a Milwaukee tinware company founded in 1880 whose factory once occupied 10 acres in the Menomonee Valley.

As a manufacturer of pie tins, cookware, and eventually fishing tackle, Gueter Paeschke & Frey would go down in history as the first company in the United States to provide employees with insurance against workplace injury as well as the manufacturer of the the first licensed character lunchbox, featuring Mickey Mouse, for the Disney Corporation. 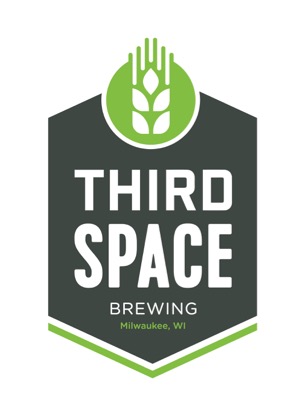 The name "Third Space" is equally compelling. Derived from an idea popularized by sociologist Ray Oldenburg in the 1990s, the base concept is that we occupy three primary places in our lives: home, work and a third place, a public space where we gather, socialize and create community.

"The character of a third place is determined most of all by its regular clientele and is marked by a playful mood, which contrasts with people’s more serious involvement in other spheres," wrote Oldenburg. "Though a radically different kind of setting for a home, the third place is remarkably similar to a good home in the psychological comfort and support that it extends…They are the heart of a community’s social vitality, the grassroots of democracy…"

In that sense, you can think of Third Space Brewing as a sort of … summer camp for craft beer lovers.

After all, Wright met his business partner decades ago at YMCA's Camp Minikani, a summer camp where Wright spent 18 summers, working his way up from camper to counselor to program director.

"Summer camp was our third space growing up," says Wright. "It was like our homeland away from home. It was where I met my wife. And to me, that was what we wanted our brand and beer to represent – a place where everyone is welcome and they can come to enjoy what we’re doing and engage with others from the community."

And the design of the new brewery will reflect those values.

"All of the components of the brewery will be connected," says Wright. "When you walk in, the first thing you’ll see is the brewhouse. You’ll smell the smells, hear the sounds, and have conversations with the brewers. Every customer who walks in will have an interactive experience, a bit like an open kitchen."

Wright, who grew up in Thiensville and moved to Milwaukee after earning his degree in biomedical engineering from UW-Madison, says his brewing story began like so many others.

"I started off home brewing. One year for Christmas – maybe 2006 – my parents got me some home brewing equipment, and I started brewing in my apartment on Farwell. There were a lot of hits and misses, but, I really appreciated the process – both the science and the art. And ultimately, I fell in love." 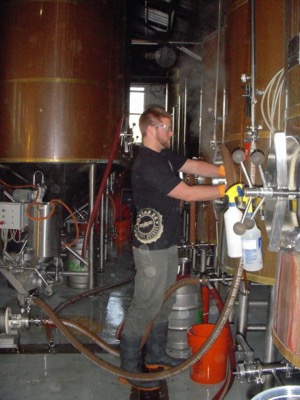 Wright decided the best route for cultivating his interest was to pursue a formal education in brewing. So, he moved to California and enrolled in the Master Brewers program at UC Davis.

Upon graduation, he took a job with Hangar 24, a start-up brewery in Redlands, Calif.

"I quickly moved up from brewer to head brewer, and eventually director of brewing," he says.

"And while I was there, I had the opportunity to be part of a rapidly growing brewery. Over the six years I was employed there, we increased our production from 4800 to 40,000 barrels. And I probably designed over 50 types of beer, across all styles."

"I really got to a point where I wanted to move back," he says. "I wanted to raise my family here, and be part of the community."

And, although it wasn’t his impetus for moving back, Wright says the idea of starting his own brewery began to take shape.

"Looking at the climate in Milwaukee, there’s such a great beer culture and history," he says. "And yet, there really aren’t that many breweries anymore, and not as many as you see in other cities that are known for beer. Contributing something to that growth was really appealing."

Since he moved back to Milwaukee, Wright has already connected deeply with the local beer community through membership in the Wisconsin Brewers' Guild, volunteerism at various brewing events, and as a mentor for the Barley to Barrel program at Milwaukee's Crafter Space. 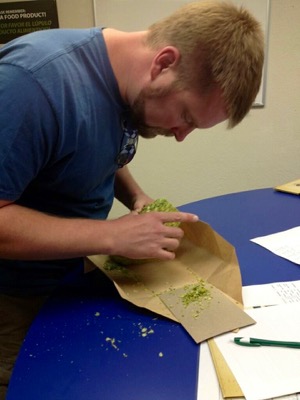 Wright says he’s currently working on piloting the brews which will eventually become the basis for Third Space offerings. He anticipates the company will begin by brewing four flagship beers, along with four seasonals, all of which will be both drinkable and flavor forward.

"My Midwestern roots really show when it comes to beer," says Wright. "I love hanging out and enjoying beer with friends. So, I like sessionable beer, beer that’s well crafted and easy to drink."

According to Wright, Third Space’s beers will exhibit both the balance and drinkability of great Midwestern beers, along with a flavor focus inspired by beers brewed on the West coast.

Third Space Brewing’s new facilities are currently under construction, with plan review currently taking place with the city. The brewery’s federal licensing is anticipated to be approved in April, with state licensing to follow. Wright says the brewery hopes to be open by mid-summer. Learn more at thirdspacebrewing.com. Or follow the brewery on Facebook, Twitter or Instagram.