Todd Pieper is an artist and student achieving creative and academic success despite some challenges along the way.

Todd Pieper is an artist and student achieving creative and academic success despite some challenges along the way.

Pieper, who struggles with mental health issues, maintains a productive life as an artist as well as a full-time student at the University of Wisconsin-Milwaukee’s Joseph J. Zilber School of Public Health.

With a degree in art from the University of Wisconsin-Eau Clare already under his belt, Pieper decided to return to school so he could pursue mental health advocacy.

Pieper was born in Omaha, Neb., and moved to Wauwatosa in 1985 when his father got a job at the Medical College of Wisconsin.

After graduating from Eau Clare he relocated to Los Angeles to find inspiration in the museums and galleries there and to meet other artists. But Pieper decided to return to Milwaukee after a couple of years.

"My mom got sick and my brother adopted a child from Guatemala and I was the only one not here. I really want to be here for family," says Pieper.

Even though his mother is doing better, Pieper has no desire to leave Milwaukee again. "There are more and more artists here, as well as people who want to collect art," says Pieper.

"Jeff is doing great things for artists in Milwaukee," says Pieper. "This is one of the reasons why I really love Milwaukee, (along with) my family, my friends and the niche I have found here. I never had that before."

However, it took Pieper a little while to find his place after he first returned to Milwaukee. A short stint selling motorcycles at the House of Harley didn’t work out, forcing Pieper to question his next step.

"It wasn’t for me. I’m not a biker. I don’t even watch ‘Sons of Anarchy,’" says Pieper, who eventually decided to return to college.

Pieper painted the murals outside of Sabbatic, 700 S. 2nd St., and also has a painting inside the bar. 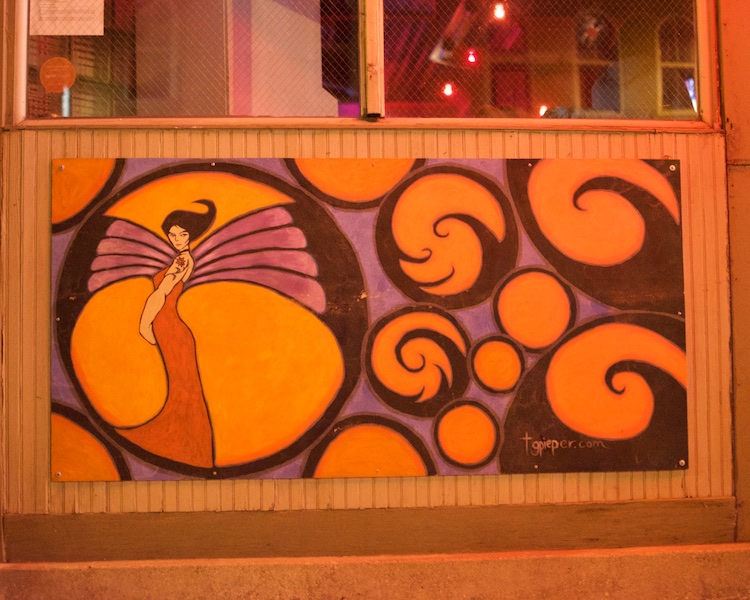 "The first time I ever spelled my name wrong was on that mural. I didn’t notice it at first, my brother did, but I left off the first ‘P’ in my last name," he says. "I think I was just ready to be done with the mural."

Pieper describes himself as an "imaginative realist" who incorporates figurative elements with elaborate design elements. Pieper says he is more interested in "old school" art forms like oil painting and pen-and-ink than computer-generated art.

"Initially, I wanted to be an aircraft designer but that didn't work out. I started playing (Dungeons and Dragons) and when I saw the artwork on the covers I got really excited," he says.

He credits fantasy artist Gerald Brom – known professionally as "Brom" – as his biggest influence, specifically, a cover of a particular book in the "Dark Sun" series that Brum created. Pieper was also inspired by artists Brad Kunkle and Rick Berry.

"It changed my life," says Pieper. "But I think I’ve lost my nerd cred over the years. I’m not as much of a nerd as I once was."

Although he has a degree in art, Pieper considers himself to be a self-taught artist.

"I’m sorry to say college didn’t add very much to my art. Certain experiences and people inspired me much more," he says.

It would be satisfying to say that Pieper finds art healing and helpful to his emotional well being, but that isn’t his reality.

"Actually, art adds more stress to my life. I’m a perfectionist," he says.

However, the creative process does bring him closer to inner truth, a symbol of which he has tattooed on his wrist.

"Storm Shadow and Snake Eyes from G.I. Joe have similar tattoos," says Pieper. "I told my mom I was going to get this tattoo on my arm when I was about 6. I got it when I was 29. Finding inner truth has always been extremely important to me." 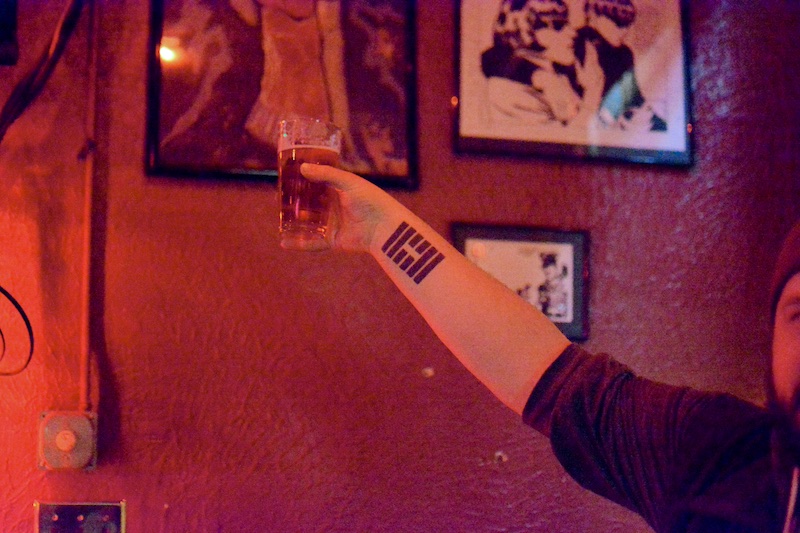