"It's like 40 years of our music is now one big record and we're just gonna drop the needle up and down," Tom Petty told the nearly sold-out crowd at the American Family Insurance Amphitheater tonight. He did not disappoint.

The evening started with kindness. When we found our seats, the guy sitting behind us said, "Howdy, neighbors!"

I sat down in my seat, put my purse in the empty seat next to me, and when the man with the ticket to said seat showed up, I apologized and moved my purse. "It’s OK," he said. "My wife passed a few months ago, and I haven’t sat next to a purse in a long time." I looked him in the eyes, said I was sorry and smiled.

A few minutes later, the guy sitting next to me on the other side accidentally knocked over my Miller Lite and half of it spilled out on the ground. He apologized and said he would get me another one. I told him it wasn’t a problem, no worries, I was working and didn’t need it. But he bought me another beer anyway, and we talked about media and others things we had in common.

After a day of getting cut off and flipped off (twice) while driving, I appreciated the immediate connections with the people around me. Turns out, it set the tone for the Chris Stapleton and Tom Petty & The Heartbreakers 40th anniversary show that rocked the American Family Insurance Theater on Wednesday night.

I’ve had the honor of seeing dozens of shows at The Amp, but tonight was the first time I witnessed so many people showing up for the opening act: Chris Stapleton, an alt-country singer who plays a dirty guitar and has a countrified Chris Cornell (RIP) voice. Stapleton, who also wrote numerous songs that became No. 1 hits by other artists, played a full hour before Petty and company took the stage. 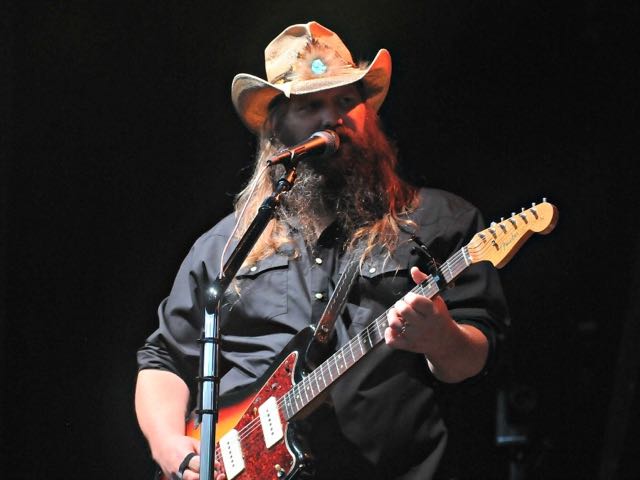 Dressed in a Smurf blue jacket and wearing sunglasses, Petty opened his show with warmth and appreciation – and the intent to draw from his entire catalogue.

"It’s like 40 years of our music is now one big record, and we’re just gonna drop the needle up and down," Petty said.

Backed up by the Heartbreakers, Petty started, aptly, with the first track from the very first album, "Rocking Around With You." Mysterious orbs of light were suspended in mid-air, above the band, shifting from warm to cool tones and with screens behind the band that displayed everything from vintage photos of the band to trippy graphics (sometimes both).

The band quickly segued into the crowd-pleaser "Mary Jane’s Last Dance," which was also the first sing-a-long of many. They followed it with "Great Wide Open" and Petty offered up the amusing quip (to some of us, anyway), "This is from 1991, so some of you might be too young to remember it."

Per usual, Petty was earnest and engaged with the audience and the music. He played and sounded strong and had notable support from The Webb Sisters – Charley and Hattie – who brought from England both high energy and high notes to the show. The Webb Sisters toured with Leonard Cohen from 2008 to 2010.

There was a particular sweetness to him tonight, maybe out of appreciation for four decades of super-supportive fans or maybe through the wisdom of age, but he was definitely more accessible and appreciative then ever. (This is coming from someone who only saw him twice before, but still, this was not the cooler version of Tom Petty I remembered. This was 100 percent genuine Petty.) 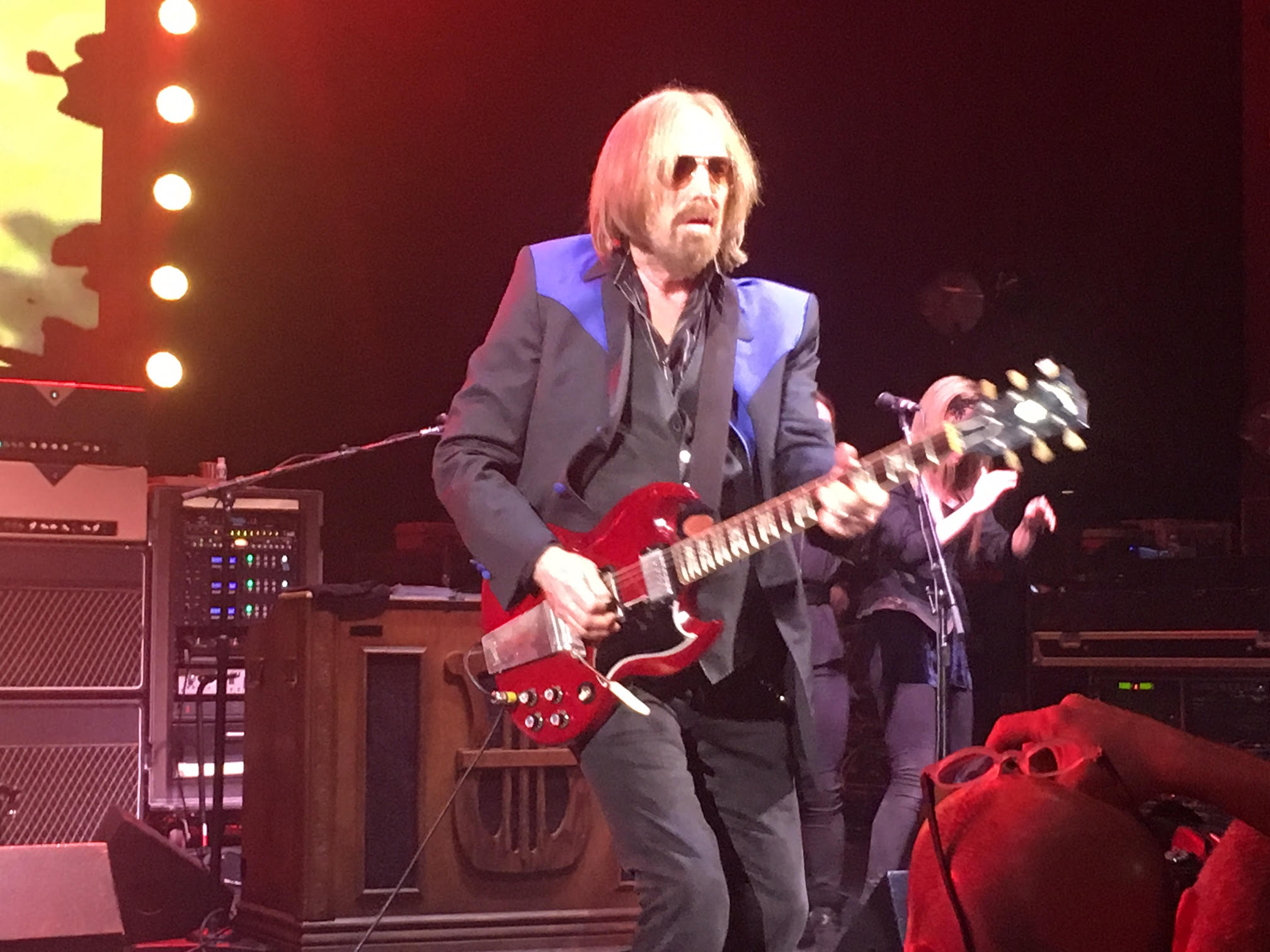 His introduction of the band was extremely detailed and heartfelt. "These are really important people in my life, and we’re having so much fun being together it should be illegal. It actually is illegal," he said. (Not the last dance with Mary Jane, perhaps?)

"We never leave home without Scott Thurston," Petty said of the band's multi-instrumentalist. (Thurston has also worked with New Order and The Cult.) He referred to drummer Steve Ferrone – who sat in with Johnny Cash, Stevie Nicks and Duran Duran, to name a few – as the "new guy," because he’s "only" been with the Heartbreakers for 24 years.

When it was time to introduce Ron Blair, Petty said "You can’t have a good rock ’n’ roll band without a great bass player" and, finally, acknowledged The Heartbreakers' incredible guitarist, Mike Campbell, as "the best guitarist in the world." 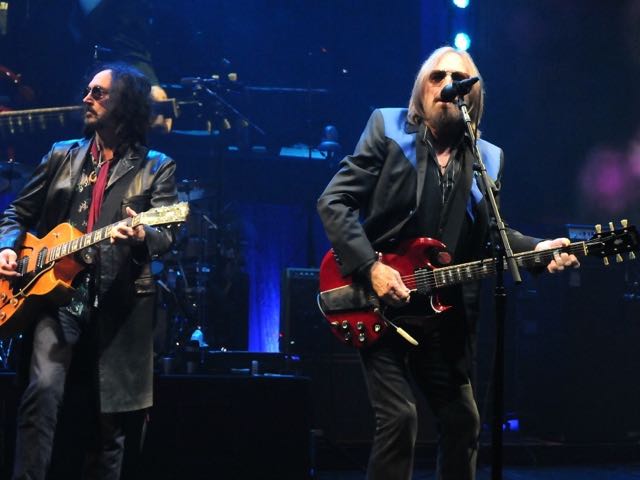 The band went on to play "Forgotten Man" from the latest album, called "Hypnotic Eye." He then asked the audience, "Wanna sing this one together?" and ripped into "Won’t Back Down."

Crowd-pleaser "Free Falling" was followed by "Walls," which Petty said was by request. "It’s me that made the request," he said. "But that’s OK."

A beautiful drawn-out version of "Don’t Come Around Here No More" was followed by a short set of songs from the 1994 release, "Wallflowers," and, finally, more radio hits, including "Learning To Fly," "You’re So Bad," "Running Down The Dream" and "Refugee" (a driving rock song, as well as empathetic and foreshadowing to modern immigration issues).

Petty returned – after much enthusiasm from the crowd – for two encores, "You Wreck Me" and "American Girl." Personally, I would have liked to hear more of the classic Heartbreakers’ tunes – "Breakdown" and "Only The Losers" came to mind – but I wasn’t the least bit disappointed with the experience. Just one day after the 4th of July, Petty’s penchant for the words "free" and "freedom" in his lyrics rang clearly and his gratitude, endurance and dedication to classic rock ’n’ roll was as powerful as ever.

"I feel a little mojo in this place," Petty said early on. "You definitely have your mojo!"

As did you, kind sir. 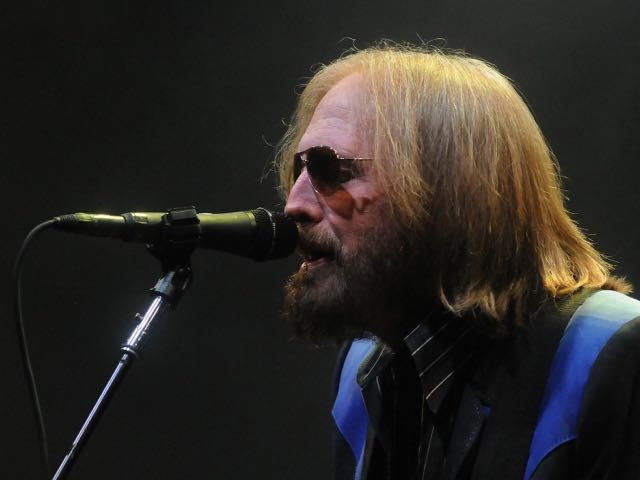