TomKen's Friendly Fried Chicken, 8001 W. Greenfield Ave., will host a relaunch party on Saturday, April 9 to celebrate the massive remodel of the space that was completed earlier this year.

TomKen’s Friendly Fried Chicken, 8001 W. Greenfield Ave., will host a relaunch party on Saturday, April 9 to celebrate the massive remodel of the space that was completed earlier this year.

"We will also have wings with new sauces, but I haven't determined what those will be yet," says co-owner and chef Brian Felten.

Felten has created more than 350 sauces for the popular West Allis-based bar and restaurant that his father, the late Ken Felten, took over in 1991. 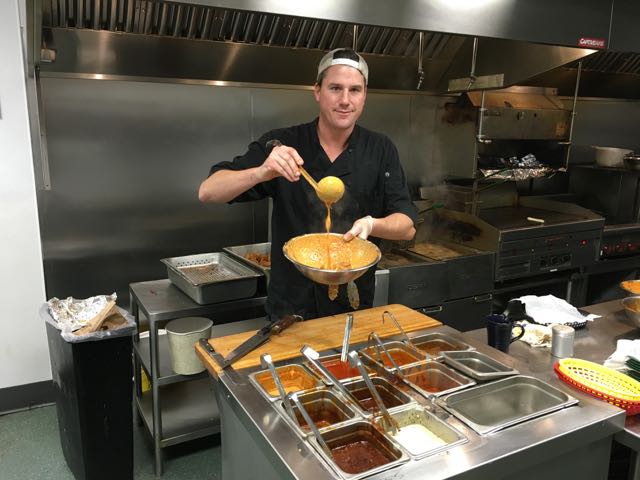 The relaunch party starts at 6 p.m. At 8 p.m., Ale Asylum will offer a free beer sampling and at 9, Felten’s mother, owner Shelly Felten, will make a MillerCoors toast. Bud Light reps will also be on site giving away free swag.

Music will be provided by DJ Jason Vespalec.

The remodel includes a new kitchen that’s twice as large as the old one and now located on the south side of the building. By moving the kitchen into former living quarters, the bar and dining space is bigger and more open, with 36 more dining seats available, an expanded bar with built-in cell phone ports and 16-foot ceilings.

The bathrooms were also renovated and are now wheelchair-accessible. Other upgrades include repainted walls, LED lighting and butcher-block-topped tables.

Camino in Walker's Point gears up for big move