A peaceful Black Lives Matter protest rolled through East Tosa on Thursday, and at the center of it all was a 7-year-old speaker.

A peaceful Black Lives Matter protest – one of many taking place in and around Milwaukee (and, of course, beyond) – since the police killing May 25 of George Floyd in Minneapolis – rolled through East Tosa on Thursday, and at the center of it all was an eloquent 7-year-old speaker.

The group, hundreds-strong, started out on 27th and Center Streets hours earlier and ultimately moved along North Avenue, making multiple stops on its way toward Mayfair Mall, including one at 68th and North in East Tosa, to listen to speakers rally the protesters.

The star of the show at that stop was undoubtedly a 7-year-old Milwaukee girl named Amerah Wright, who spoke just briefly, but her simple words were eloquent and powerful.

Amerah also made a plea for the police to stand with the community.

"The police are supposed to be standing with us, not against us," she said.

Speaking after the people gathered were encouraged to introduce themselves to someone they didn't know standing nearby, Amerah's words drew cheers and affirmations and further heightened the sense of unity, and she was lifted above the crowd for all to see. 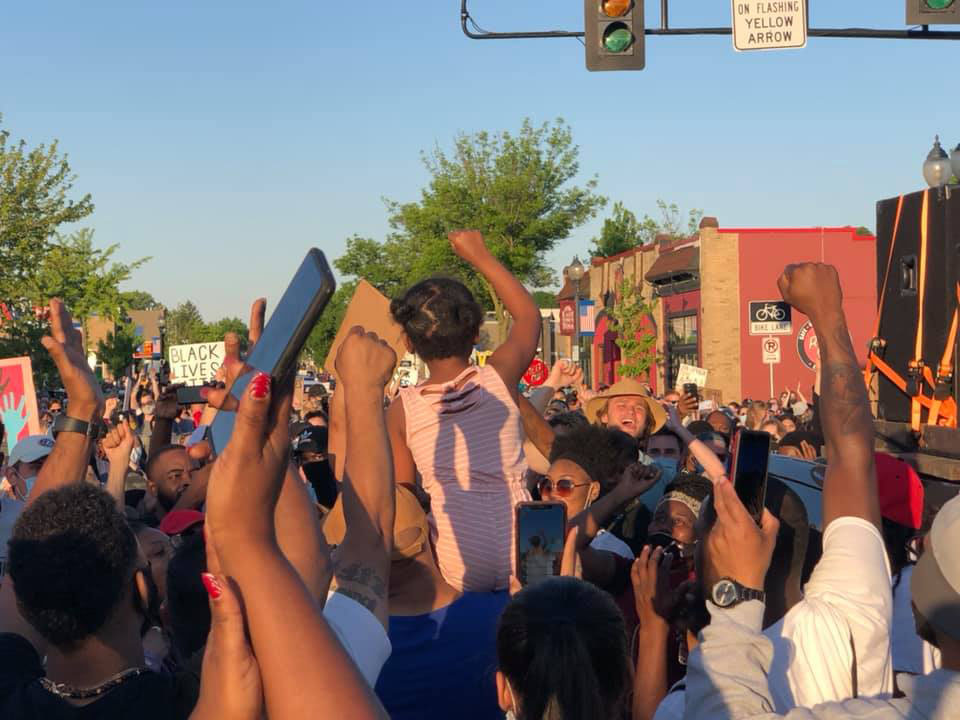 If Milwaukee is the one of the most segregated cities in the country (and surely it is), you wouldn't know it from the crowds at the protests here.

Milwaukee, listen to Amerah and help her make the future she deserves.

Activist Markasa Tucker talks the past, present & future of "defund the police"