Though nowadays few passersby likely give the building on the southwest corner of 27th and Wells a second look, that ornate Mediterranean building was erected by the Saxe brothers in 1926 as one of the jewels in their crown of movie palaces that adorned the city.

Nowadays few passersby likely give the building on the southwest corner of 27th and Wells a second look. In recent years it was part of a health care facility and it's owned by Milwaukee County.

But that ornate Mediterranean building was erected by the Saxe brothers in 1926 as one of the jewels in their crown of movie palaces that adorned the city. Designed by Dick and Bauer, it was a similar, though less ornate, take on the same style the architects would employ the following year for Saxe's Oriental Theater on the East Side.

The Tower Theater stopped showing films in 1975 and currently sits empty. Here are some relatively recent images of the interior, courtesy of Milwaukee County: 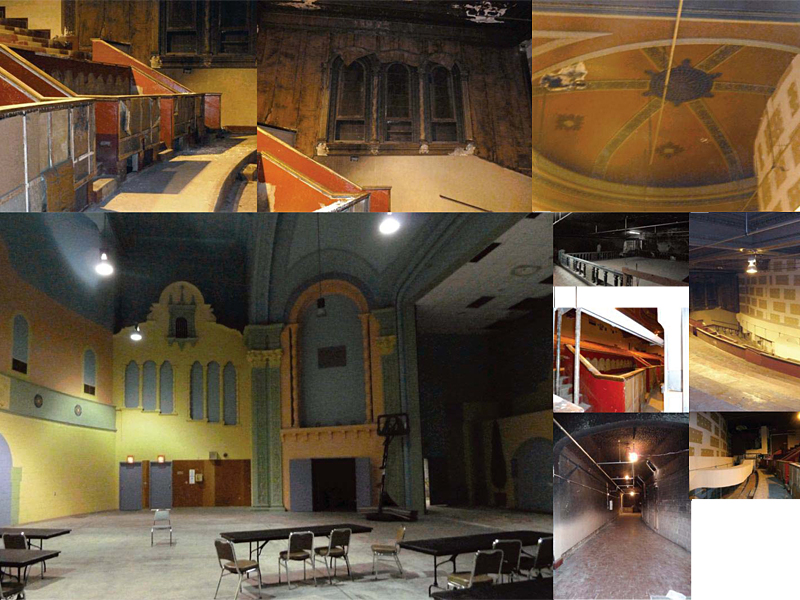 While I'm working on getting inside, here's a great video that Keith Stanley produced for the SOHI District, in which the building is located. It's packed with interesting information and old photographs:

CinemaTreasures.org has more detail about The Tower Theater here.