Growing up in Redondo Beach, California, Jordon Bledsoe had no idea he would someday live and own a bar in Milwaukee. However, he was unknowingly practicing Brew City behaviors such as rooting for the Green Bay Packers and being a part of a family bowling team.

"I have no idea why I was a Packers fan when I was a kid. I think it was kind of random, but I was," says Bledsoe. "As for the bowling team, it was me, my mom, my stepdad, my dad and his girlfriend. That says a lot about my family and who I am. She can get along with anyone." 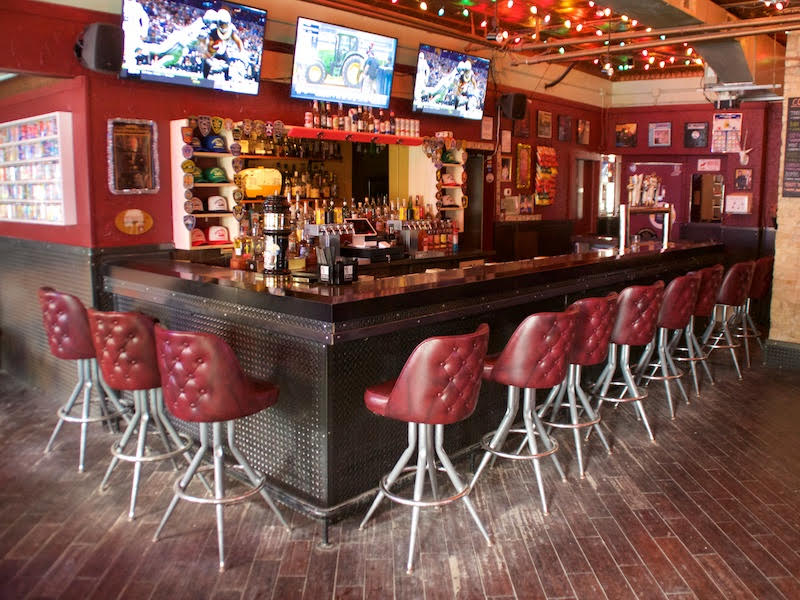 After spending most of his adult life living and working in the service industry in California, Bledsoe challenged himself to open his dream bar anywhere in the world except his hometown. And so he started to research different cities and eventually visited Vancouver, Austin, Cleveland, Reno and Milwaukee in search of his new digs.

Bledsoe was smitten with Milwaukee and the Bay View building because it met all of his expectations: it had to be a friendly and fun neighborhood and he had to be able to buy the building.

"If I’m making this huge of a move, I needed the space to be guaranteed," he says.

The interior of the Trailer Park Tavern feels similar to the Palm Tavern in that it’s cozy, comfy and features the same bar stools and church pews. But there are myriad differences, as well.

Strings of lights zigzag the ceiling, flatscreen TVs now adorn one of the walls and the kitschy decor includes framed photos of Dolly Parton, Kenny Rogers and the cast of "Laverne & Shirley" along with covers of a Liberace album, a window box filled with fake flowers, funny family photographs and artistically displayed stacks of beer cans. 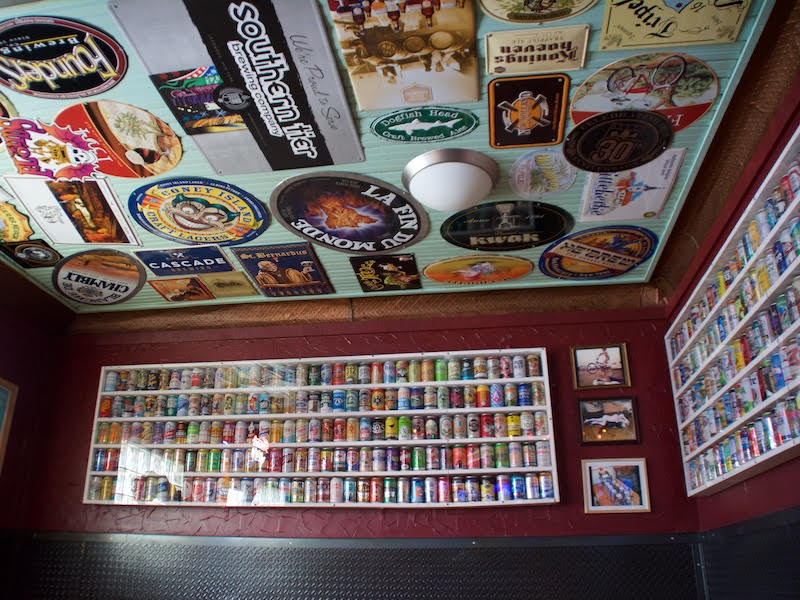 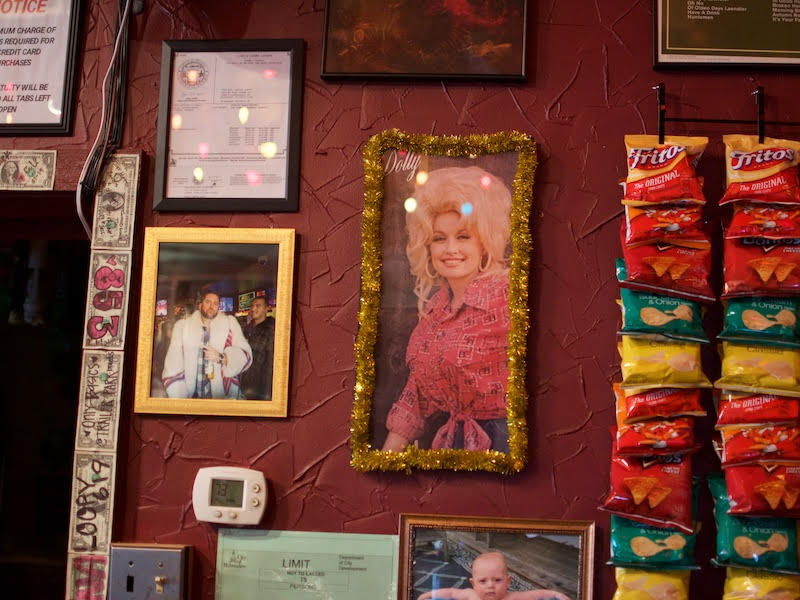 "Every can has a story. I can tell you when and where I drank every one of those beers," says Bledsoe. "When I lived in California, my Spotted Cow can was one of my favorites because it was so rare. Not the case anymore."

Trailer Park Tavern will serve both macro and craft beer that Bledsoe refers to as "legends" such as Miller High Life, PBR, Schlitz, Lakefront and Milwaukee Brewing Company as well as libations from newer local breweries. House cocktails include a year-round mint julep – Bledsoe is a huge fan of horse racing – a Trailer Park Tavern White Russian made with Yoo-Hoo chocolate drink instead of milk or cream and a shot called "Shoot the Root" that’s a bomb made from beer and root beer.

"This is something we drank in California," he says.

T-shirts and hats are for sale in the tavern and customers who wear them into the bar will receive 10 percent off their bill. Police patches from around the United States adorn the merch shelf, collected by Bledsoe because his stepfather was an officer for almost 40 years. 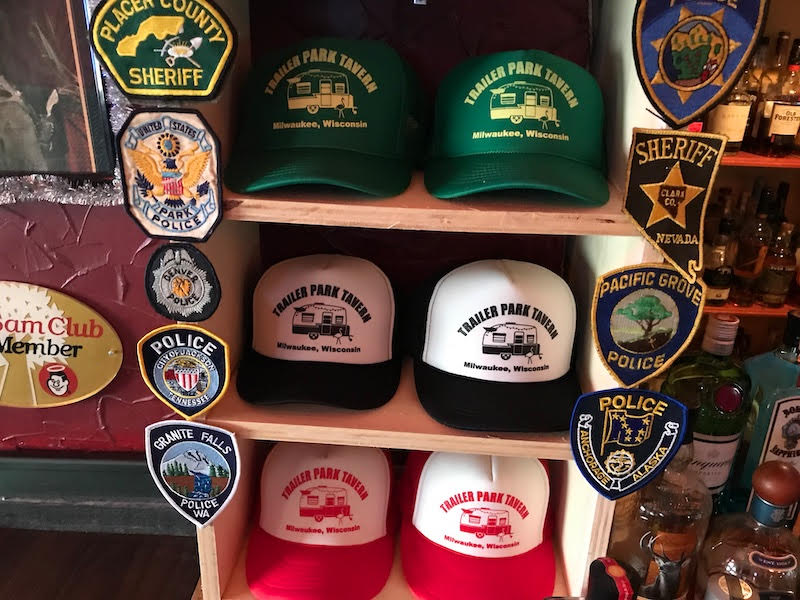 Bledsoe says he chose the name for his dream bar because it reminded him of a modular home his family lived in on the Colorado River in the '80s. "Takes me back to some really fun, happy times," says Bledsoe. "And when I got older, more good times partying with friends."

Bledsoe also hopes to recreate a version of a micro bar district from back home that was referred to as "The Bermuda Triangle" of three bars including one called Rebos.

"That’s sober spelled backwards and needless to say that bar was trouble," he says. "I hope to have a similar vibe with Blackbird and Lee’s Luxury Lounge. The three bars also form a triangle. Rather then spending three hours in one bar, I hope people will spend one hour in each of the three bars."

Bledsoe knows he will experience some culture shock in Wisconsin, but he’s committed to complete his Wisconsin bucket list and confident that he’s in the right place.

"I have mini-bowling, brewery tours and The House on the Rock on the top of my list," he says. "Wisconsin seems like a really cool place. And I’m very easy-going and I can make friends with anyone. All I ask is for people to come and give it a shot."

Trailer Park Tavern will be open Monday-Friday from 4 p.m. to close and Saturday and Sunday from noon to close. 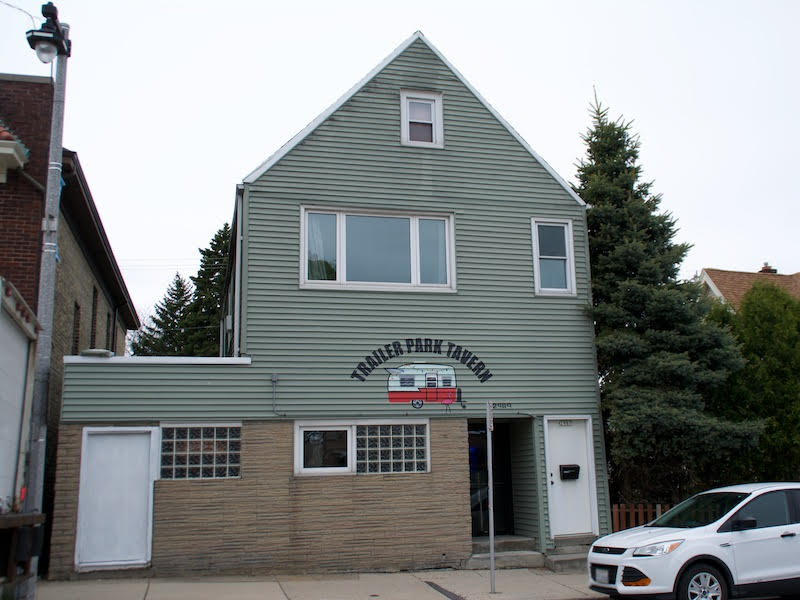 Don't you forget about me: The Uptowner

Don't you forget about me: Victor's