After the band's strong return to Summerfest on Thursday night at the Big Backyard, I hope it doesn't take another three years for Trampled By Turtles to get out of its shell and return to Wisconsin.

Just a couple months removed from the release of its new album, "Life Is Good on the Open Road," Minnesota-based bluegrass group Trampled By Turtles was in a familiar place on Thursday night. After a 2015 visit to Summerfest, where the Dave Simonett-led band played in support of its 2014 LP, Trampled By Turtles again performed cuts from its latest efforts for loyal Milwaukee fans.

Ending an extended hiatus, Trampled By Turtles proved that sometimes slow and steady indeed wins the race by blowing fans away with its eighth studio album, a project that took up the majority of the set list and which heavily features faster-paced bluegrass songs, a sound that fans have grown to love since the band’s 2014 debut. If you were looking for a pop-infused style that casts a wide net at the expense of quality, the Briggs & Stratton Big Backyard was not the place for you last night.

To kick things off, all members of the band emerged at once to the crowd’s delight, opening the performance with their new album’s track, "The Middle." The band would go on to perform several more songs from the 12-track album.

The production of the show was relatively simple, as low lights and a non-existent set design set the stage for the night. Rather the band members stretched from stage right to stage left, filling the majority of the crowd’s line of sight. While normally a band of their notoriety wouldn’t get a pass for such mediocre production, the band’s musical style and relaxed personas made any extra elements past the music alone virtually meaningless. 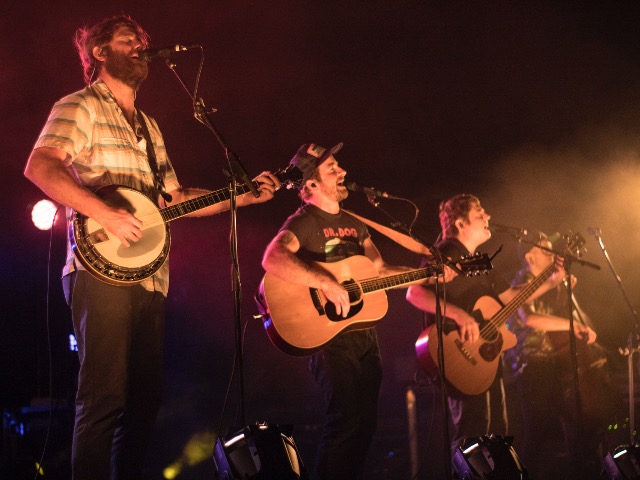 While Simonett did take some time to interact with the crowd, he kept things short and sweet. "Hey there, Summerfest. Good to be back," Simonett told the crowd, a special nod to those who made it out for the band's set three years ago.

Production and crowd interaction aside, the music was top notch – and for last night, that’s all that mattered.

What perhaps made the band’s Summerfest performance so great is also what may have drove other casual festival goers away. Without the pressure of performing hit radio singles, the only expectations fans had going into the performance was to have a good time. And in that respect, the Turtles delivered and then some. If you were in attendance, you were either a loyal fan of the Duluth natives, or you became a fan last night. Approximately 0% of the audience came to hear that one song they know and then leave to beat traffic promptly after, a sequence which is understandably typical for many sets at the festival.

And even though the band’s fanbase can clearly point to favorite albums from the Turtles’ huge catalog ("Palomino" specifically is one of the band’s most successful projects) it was unlikely that those in attendance objected to the heavy focus on the new album – at least in comparison to a rock band who performs their new material at the expense of their hits. 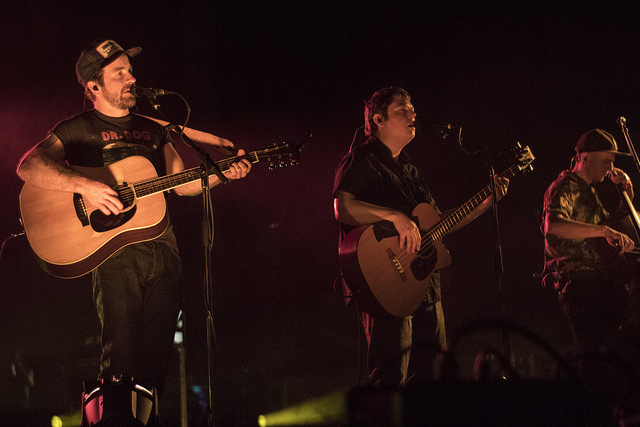 Rather, fans came out to see the band strum away and do what they do best, not with strong expectations of hearing one specific record. It also didn’t hurt that the new album is pretty darn good, something to which fans last night and the foot traffic around the merch booth can attest.

From start to finish, Simonett and company jammed out and made for an especially intimate vibe. You couldn’t help but feel as if you were a fly on the wall, sitting in on a behind-the-scenes banjo jam session.

Specific stand-out moments were few and far between, but the Turtles delivered a quality performance throughout the duration of their set, with no dull moments. The concert may not be one of the best that Summerfest has ever seen, or even the best of the year, but even halfway through the performance, the show exceeded my expectations and made itself well worth the price of admission.

Needless to say, I hope it doesn’t take another three years for Trampled By Turtles to get out of its shell and return to Wisconsin.