Trapper Schoepp finds success, his old self touring through Europe

More than 4,000 miles removed from the political storm that inspired his latest work, Schoepp played in a Stockholm basement venue to a mixed crowd listening intently on a Sunday night to lyrics that have given voice to Wisconsin sensibilities during his near-decade the road.

STOCKHOLM, SWEDEN – The 2016 U.S. presidential election was not kind to Trapper Schoepp. The Milwaukee singer-songwriter fell into a depressive state and gained 30 pounds while his mind, preoccupied with the escalating divisiveness in America, "took an existential turn for the worse."

He eventually recovered the way artists sometimes do. He wrote his way out of it, composing the 2017 album "Bay Beach Amusement Park," a folksy homage to Elvis Presley’s roller-coaster fetish and the nostalgic Green Bay tourist trap that further solidified Schoepp at the vanguard of the local American roots-music scene. One of the cuts, "Bumper Cars," a pointed response to the Trump administration, placed the 27-year-old guitarist and harmonica player’s evolving oeuvre in the protest-song footsteps of Woody Guthrie and Bob Dylan.

Schoepp’s profile, as well as his mood, was further elevated when he completed a recently discovered 1961 unfinished Dylan ode to the Badger State. Schoepp’s added lyrics led to the single "On Wisconsin," and not long after he placed it on YouTube, Dylan’s lawyer called Schoepp’s manager to say that His Bobness was so pleased with the work that he would be agreeable to sharing song-writing credit on the tune that will be a part of Schoepp’s next album.

With that grade of rocket fuel splashed on his career, Schoepp in early April embarked on an 18-city European tour – his first outside of North America with a band. It was during a recent stop in the bohemian Stockholm neighborhood of Södermalm that a relaxed, noticeably content Schoepp, back to his rock-star weight, stretched out at a café table in a leather jacket with a blue blanket covering his skinny jeans as a barrier against the cool Scandinavian evening.

"I feel like I’m on vacation here," he said, smiling broadly. 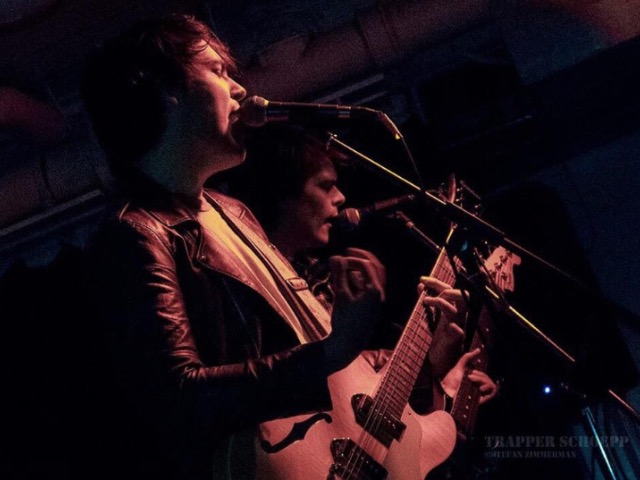 More than 4,000 miles removed from the political storm that inspired his latest work, Schoepp is luxuriating in the Euro-style touring creature comforts provided by local promoters and his London-based label, many of them unavailable back home except to the recording-industry elite. Benefiting from the customary all-inclusive European tour package of promotion – comfortable accommodations, fine dining, Tuscan scenery where everything, he said, looked like a Microsoft screensaver and a big red Mercedes Sprinter to get his band from Italy to Germany to Holland to Sweden and back to Germany – Schoepp and his four-piece band are a long way from the couch surfing, Taco Bell indigestion and logistical nightmares that typically accompany their stateside gigs.

"They treat you like kings here for playing your guitar," said Tanner Schoepp, Trapper’s brother and longtime bassist.

Schoepp is playing a string of small clubs overseas, like the cozy cavern-like setting of Twang Café, a Stockholm basement venue where a mixed crowd of Baby Boomers, Gen X’ers and Millennials listened intently on a Sunday night to lyrics that have given voice to Wisconsin sensibilities during his near-decade the road. The rapt attentiveness of European patrons is another novelty he has come to appreciate on the tour. 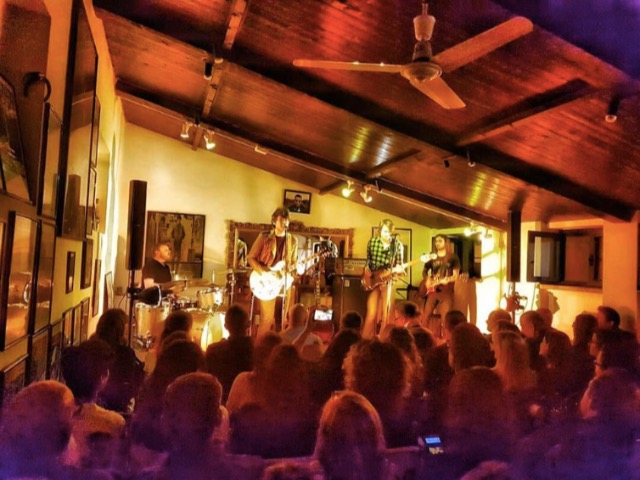 Ever the showman, Schoepp had the cosmopolitan Stockholm listeners eating out of his hands with his downhome between-song dialogue that was never reduced to pandering. Playing on his Scandinavian heritage, Schoepp told the story behind  "The Ballad of Olaf Johnson," a song off his 2016 release "Rangers and Valentines," recounting how his ancestor was trapped underground with his wife during a South Dakota snowstorm after emigrating from Sweden.

"These are my roots," Schoepp said. "This is my home."

Mixing the 90-minute set with recent work, selected gems from his nationally acclaimed 2012 album, "Run, Engine, Run," and roots covers of Dylan, Bob Seger, Bruce Springsteen and Tom Petty, Schoepp demonstrated he is clearly over the back trouble he once chronicled in "Pins and Needles" by leaping on the bar while wailing on his wide-body Gibson. Although the Stockholm promoter was concerned before the show about Schoepp’s voice holding up after three weeks on the road, the singer’s wide range carried the evening. 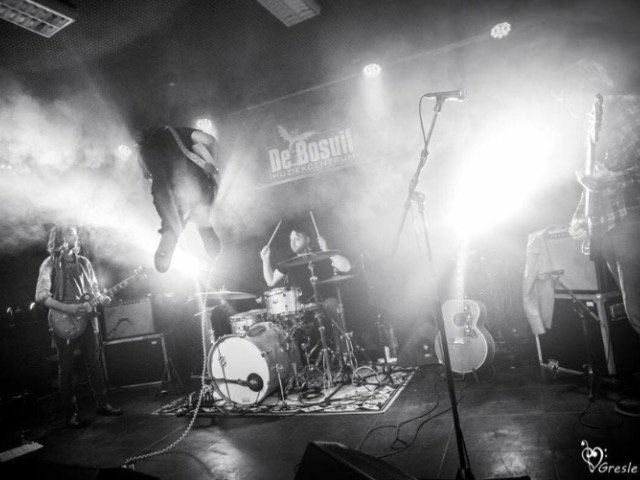 As part of his European merchandise package, Schoepp had t-shirts printed with  "This Isn’t Fun Anymore," a lyric from his bluesy, New Orleans-infused song "The Scat," a reference to America’s current pain. Although he was concerned the meaning would not resonate with a European audience, he sold all the shirts after six dates, as well as all the albums and CDs he brought from Milwaukee. It took an emergency call to his manager to have more shipped abroad.

It was apparent during the Stockholm show that Milwaukee and Wisconsin’s cultural ambassador is finding a new market for his work by understanding his discerning, politically aware European audience.

"As an American abroad, however insignificant you think your interactions are with people, you have to know you represent something much bigger, especially right now with our current president," Schoepp said. "It’s important to present a warm, welcoming feel. We’ve had all positive encounters on this tour, but I think people can tell we’re on the good team."

About a half-hour after the Stockholm gig, Schoepp bounded up the stairs from a lengthy meet-and-greet, smiling and looking like his old self from the days when he and his first band, The Shades, began to earn respect locally, regionally, nationally and now, he hopes, internationally.

"I’ve never," he said, "signed as many autographs."