Beginning this week, guests at Triciclo Peru will find not only delicious Peruvian empanadas, but also a variety of slightly more upscale, yet simple, offerings created with the help of Lima native and experienced chef Marco Vera.

And, in that short time, the restaurant has already made a splash.

"Every week has been busier than the last," says Narr, noting that the great reception has allowed them to introduce a variety of new Peruvian dishes that move well beyond their delicious empanadas, including a number of heartier dishes to enjoy for dinner.

In fact, beginning this week, guests will find a variety of slightly more upscale, yet simple, offerings created with the help of Lima native and experienced chef Marco Vera. 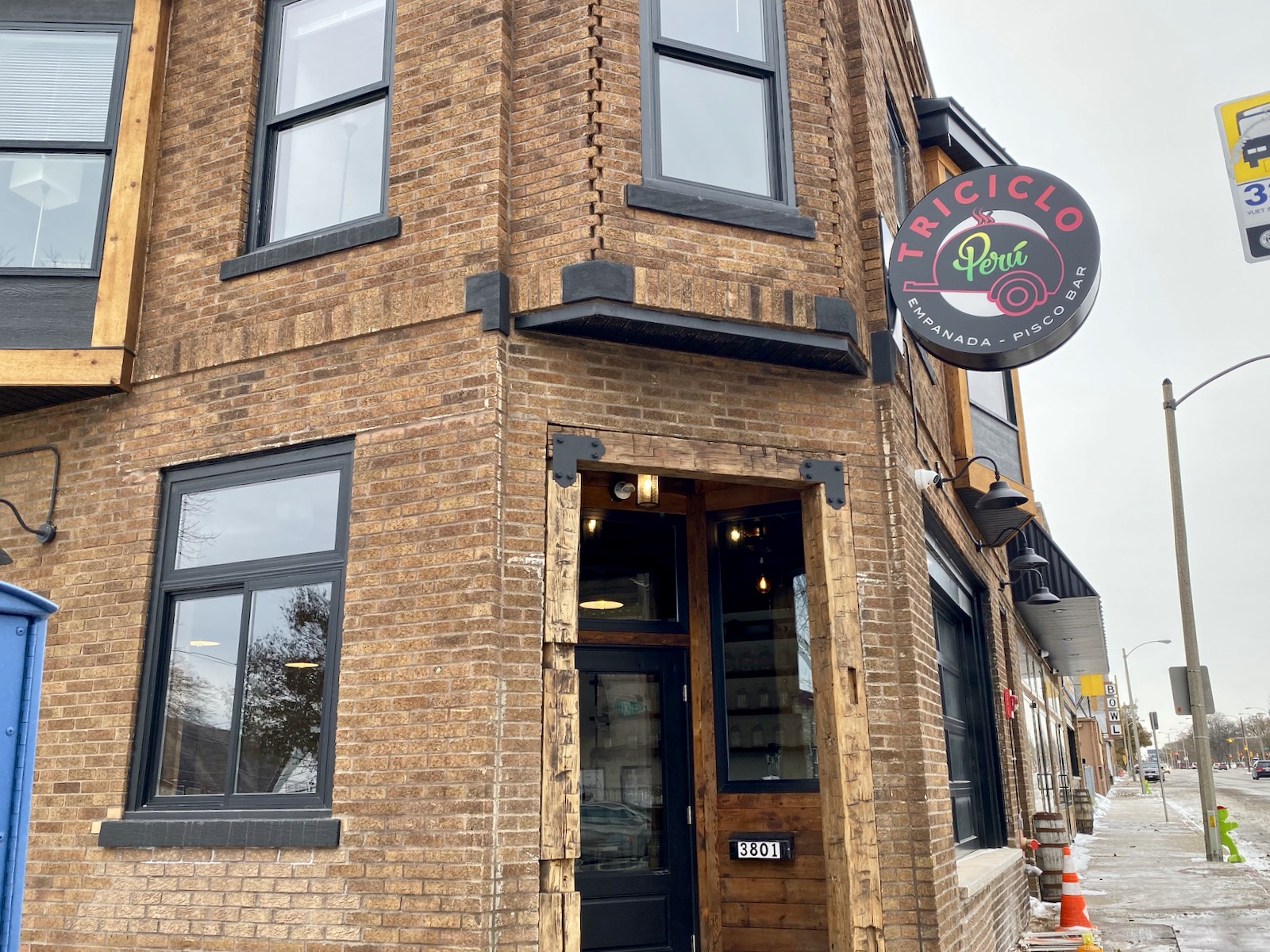 Among new dishes which can be enjoyed during lunch or dinner is the healthful Andes salad featured seared yellowfin tuna on a bed of spring greens mixed with quinoa, amaranth (kiwicha), mandarin oranges and beets with cantaloupe microgreens from Milwaukee Microgreens and a creamy yuzu and avocado dressing ($12). 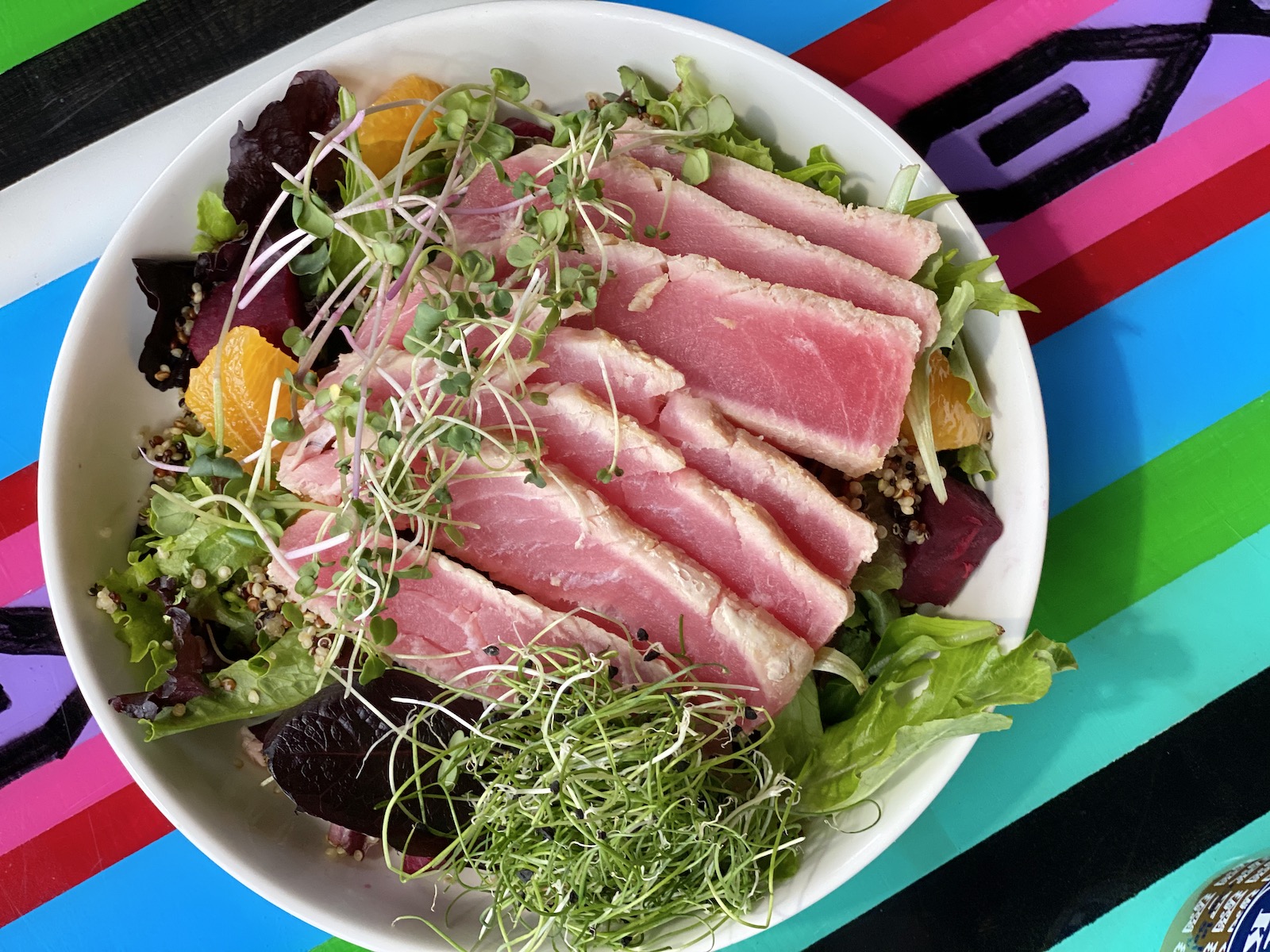 If you love ceviche, you might also find  your bliss in tuna tiradito, a raw fish preparation in which fresh sashimi-style fish is draped in a bright, creamy citrus and ají amarillo chile sauce ($12). The shareable dish one of many Peruvian delicacies which originated thanks to the influence of Japanese immigrants. 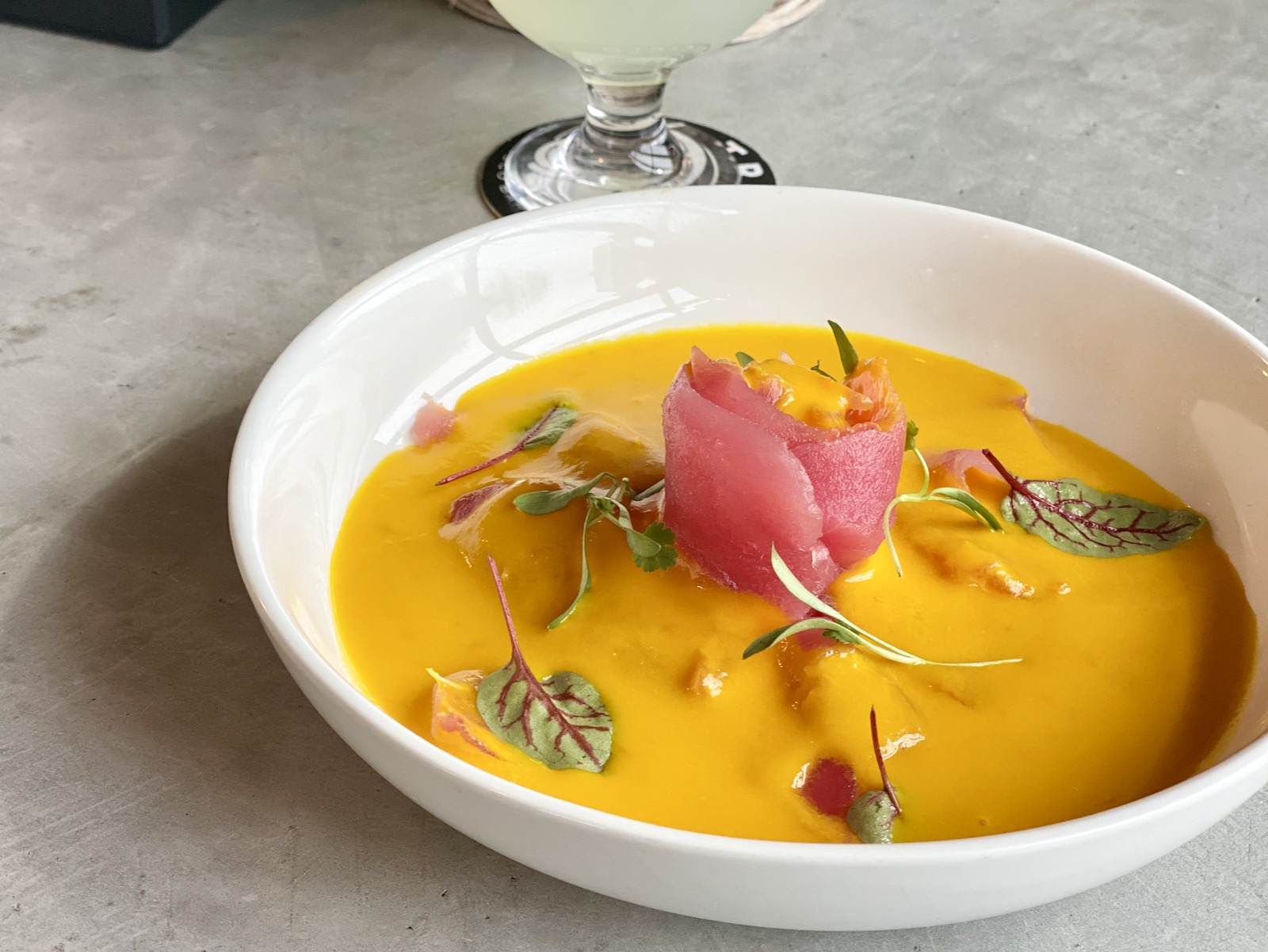 After 4 p.m., guests also have the option to enjoy a Peruvian take on an American staple: deep fried chicken wings bathed in a sauce that incorporates three staple Peruvian peppers: the bright sweet ají amarillo, the smoky sweet ají panca and the more incendiary rocoto pepper. 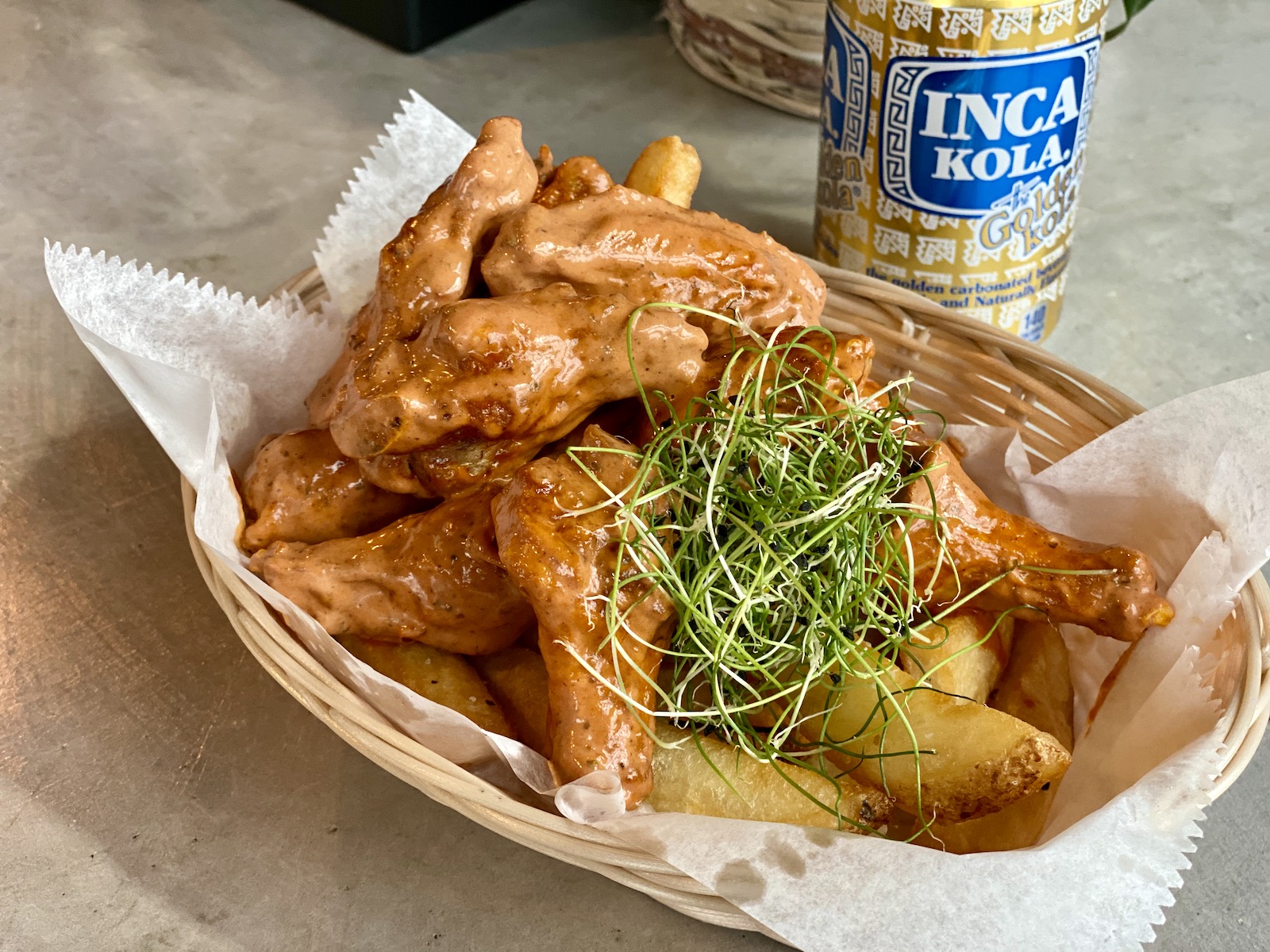 The wings are served with a side of thick cut fried potatoes and Peruvian tartar sauce made with mayonnaise, green onion, yellow onion, cilantro and chopped boiled egg whites ($10).

Meanwhile, the dinner menu features more substantial offerings including the infinitely comforting ají de gallina, a casserole-style dish featuring shredded chicken bathed in a creamy ají amarillo sauce and served atop baked cannelloni filled with goat cheese bechamel. It’s topped with toasted pecans, parmesan cheese and gratinéed eggs ($15). The dish is a variant on the traditional Peruvian stew, which is often served over rice with boiled potatoes and olives. 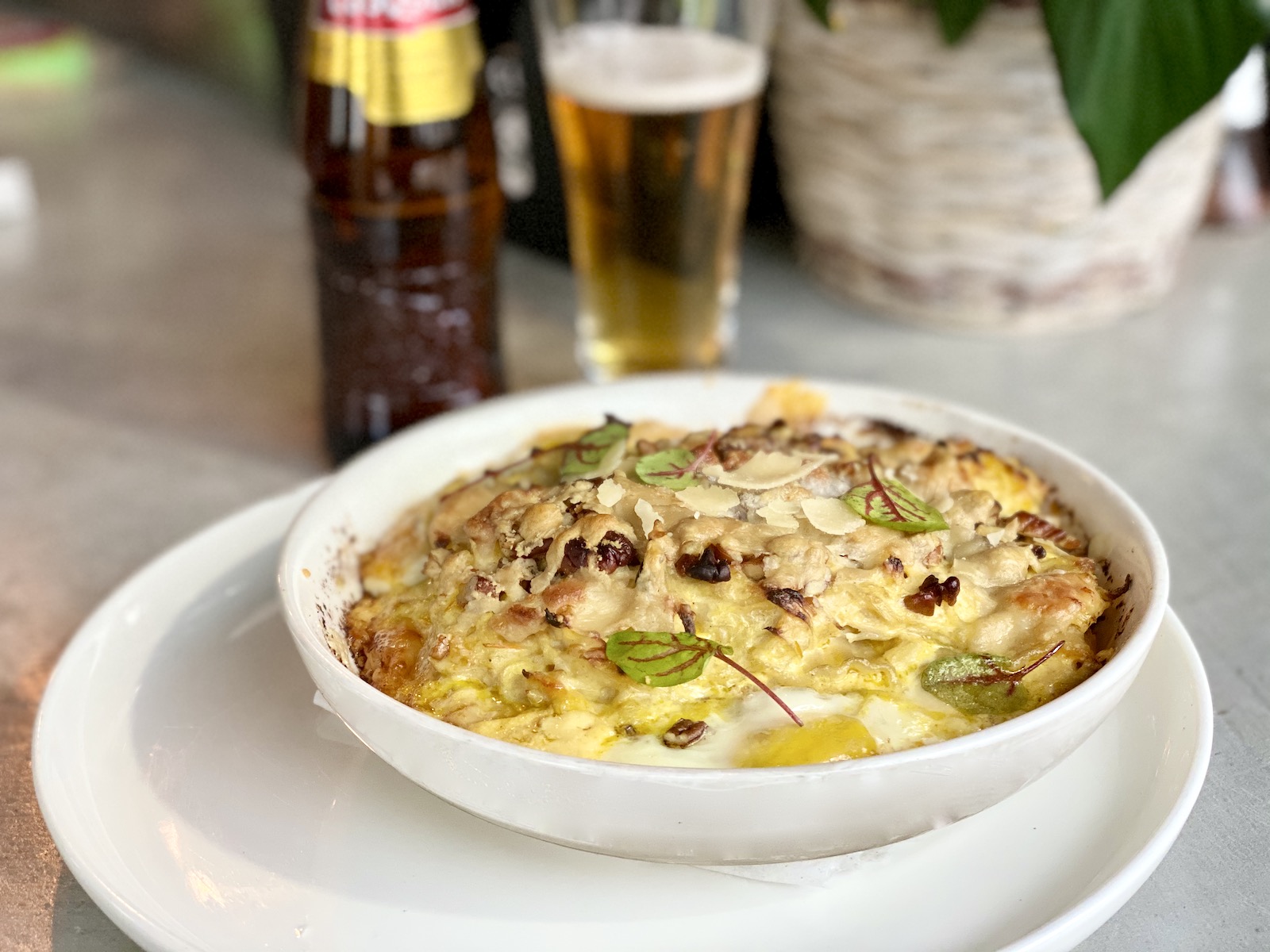 Meanwhile, Milwaukee meets Peru in their new ribeye milanesa featuring chimichurri breaded ribeye steak served on a bed of macaroni and cheese flavored with Peruvian pesto and goat cheese, plus flavorful huancaina, a yellow sauce made with queso fresco and ají amarillo peppers ($22). The dish is based on a Peruvian staple, tallarines verde (green noodles), a variation on pasta with pesto brought to Peru by Italians from Liguria. 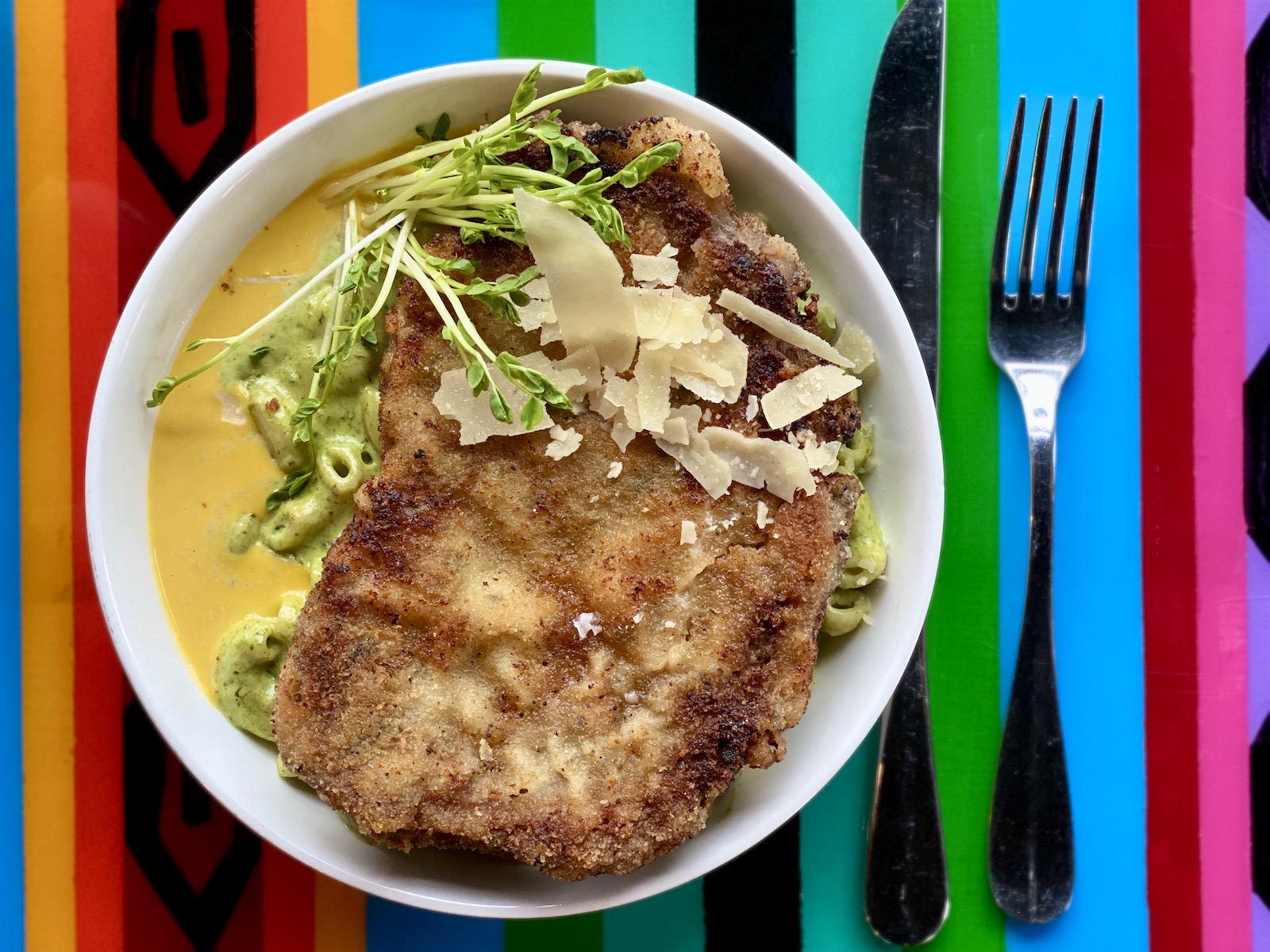 Pair any of the above with a Peruvian beer, traditional pisco sour, or any one of the pisco bar's variations, including those made with house-infused peppermint mandarin, lemon, purple corn, and herbal emoliente pisco. 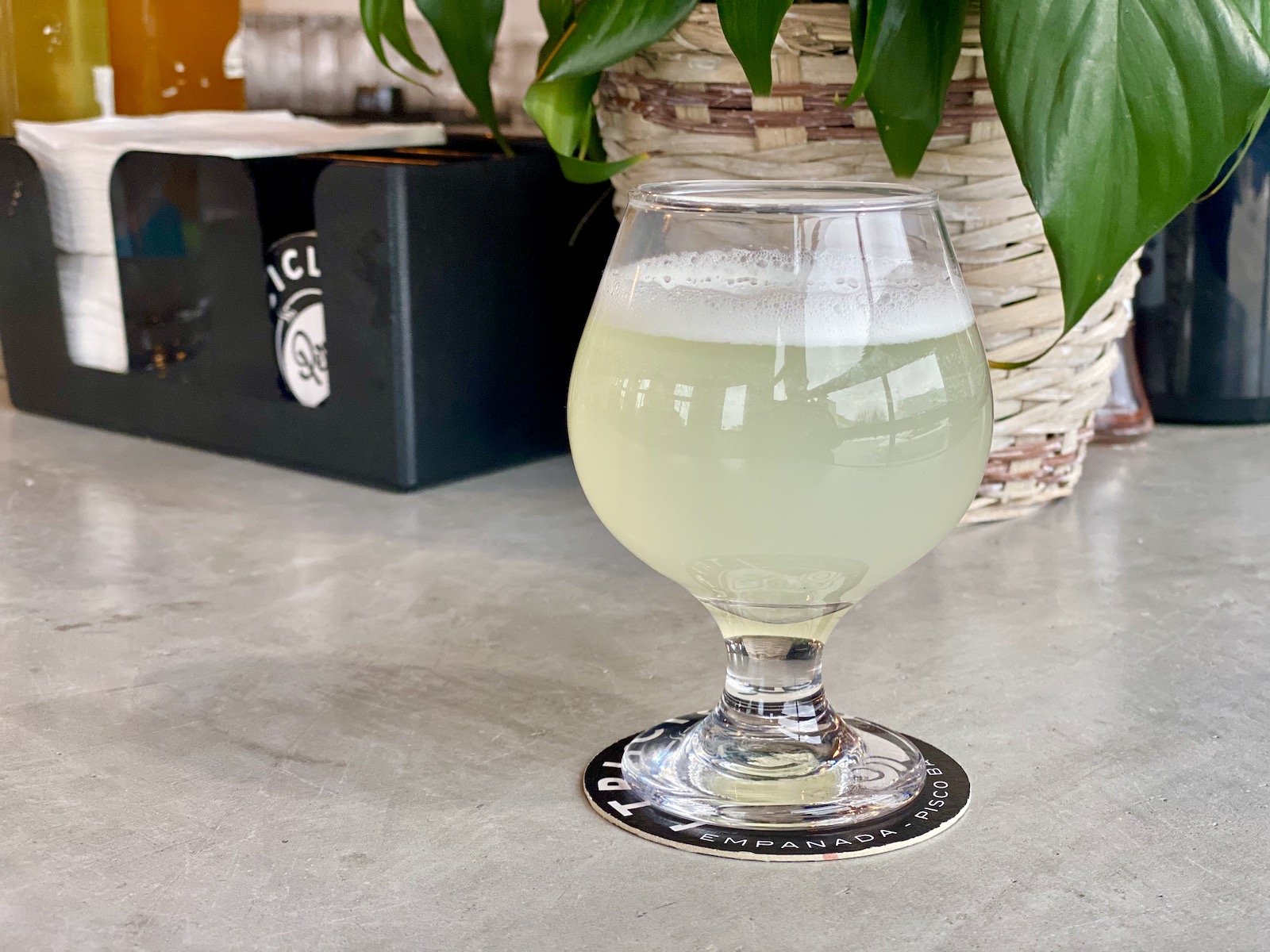 Be sure to save room for dessert! In addition to staples like alfajor, a Peruvian sandwich cookie with dulce de leche filling ($2) and picarones (pumpkin and sweet potato doughnuts served with spiced chancaca syrup, $6), there’s also arroz con leche, ultra creamy Peruvian rice pudding laced with the flavors of beautiful warming spices ($7). 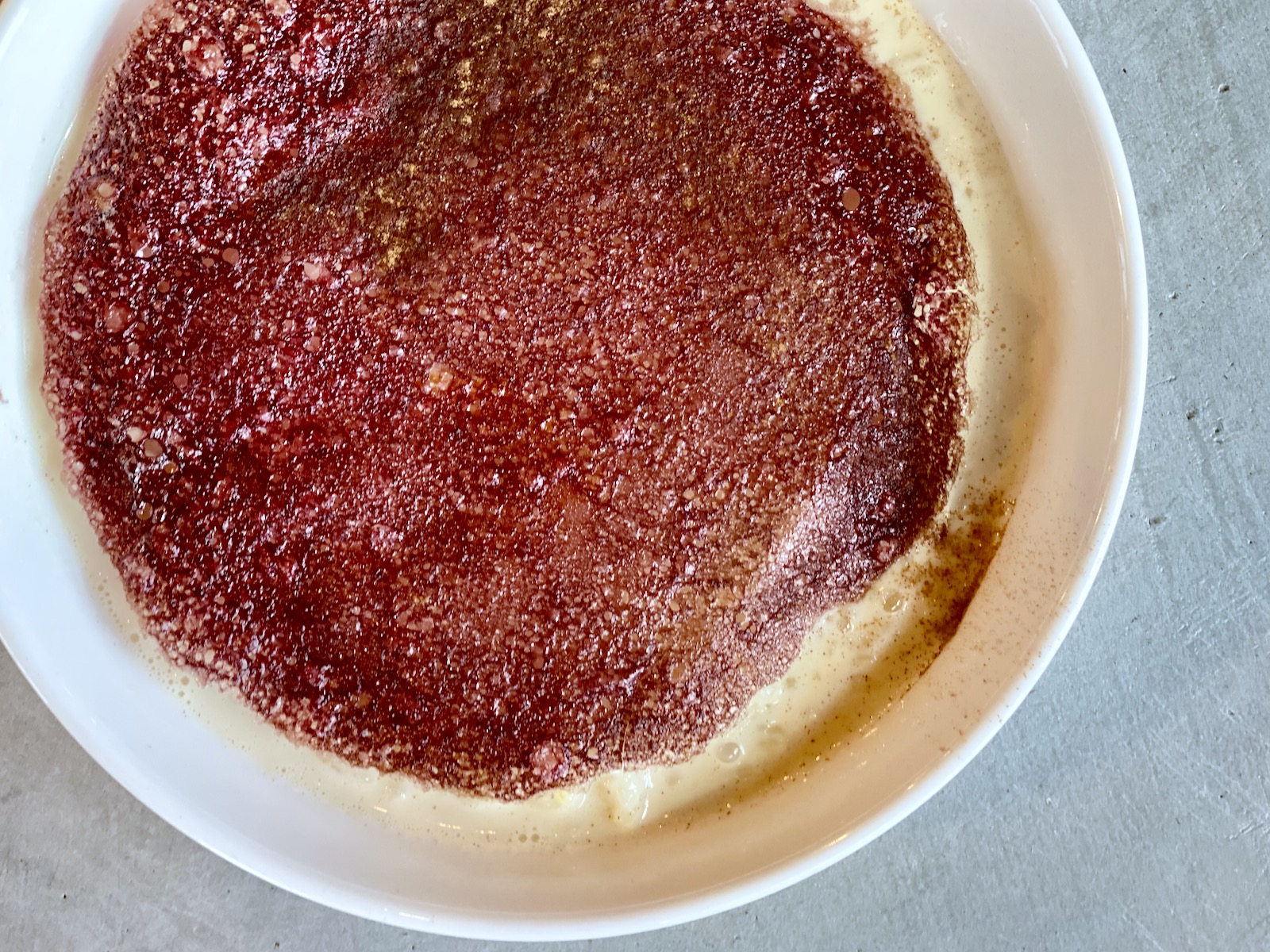 Traditionally, in Peru, rice pudding is served alongside mazamorra, a pudding made with purple corn masa that’s been cooked with chicha morada, fruits and spices. The resulting purple mixture provides a sharp contrast to the white rice-based pudding. In lieu of mazamorra, Vera has created a tuile (a very thin, fried cookie) made from purple corn cooked with chicha morada (a fruit and spice-enhanced purple corn beverage), which is laid across top of the pudding.

The brunch menu, served on both Saturday and Sunday at Triciclo Peru, changes from week to week. But among the dishes introduced this week are thin French crepes filled with rich dulce de leche filling and is served alongside a melange of caramelized fruits. In this case, the fruits included a compelling combination of caramelized banana, pears, blackberries and kiwi. 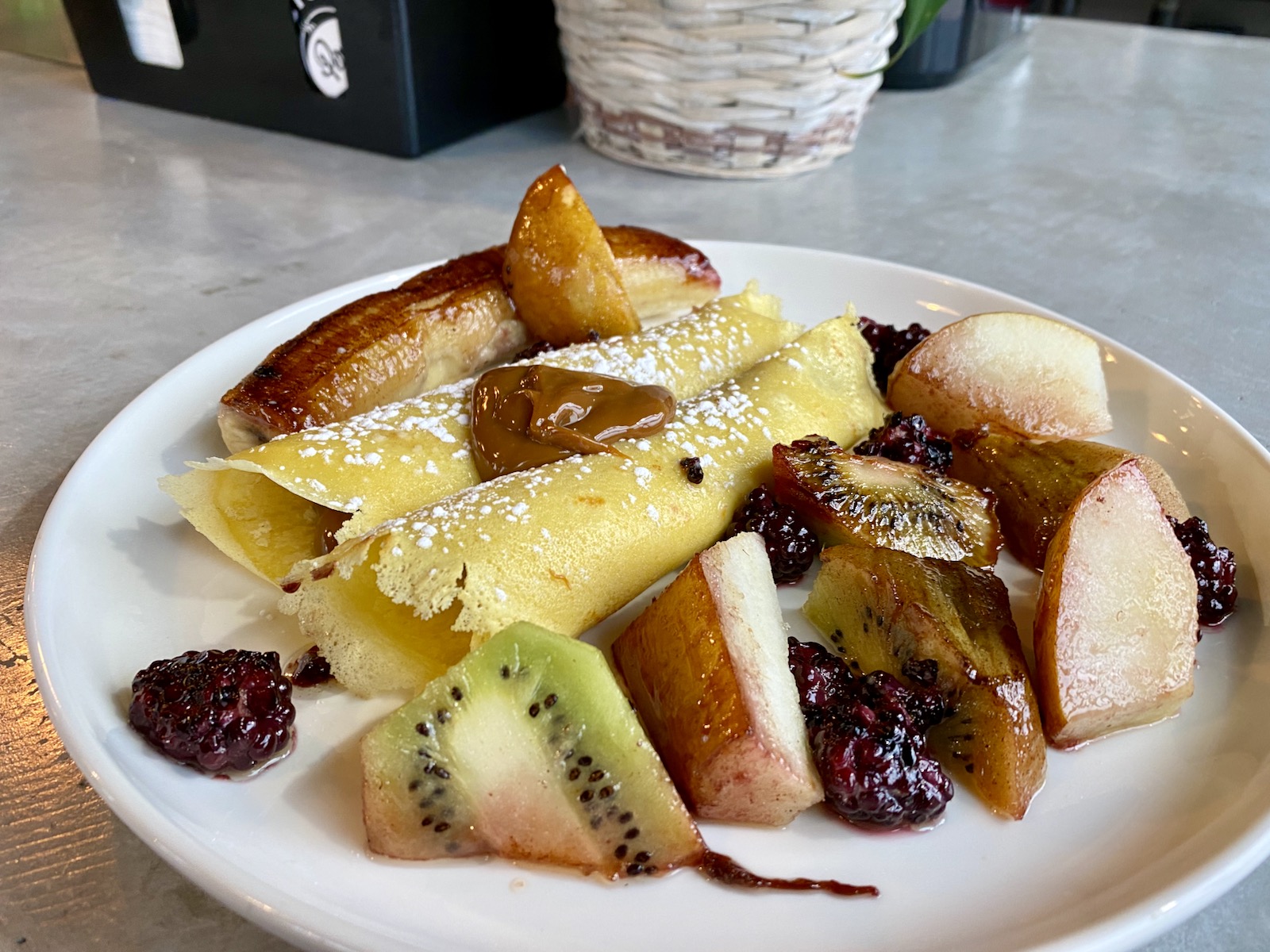 It’s great alongside a glass of Machu punch served with a shot of pisco.