Tricklebee Cafe, a new non-profit cafe in the Washington Park neighborhood, is the first pay-what-you-can-cafe to open in Milwaukee. It operates under the a pay-what-you-can model, offering food and beverages to any diner, regardless of their means.

Tricklebee Cafe, located at 4424 W. North Ave. opened quietly the Wednesday before Thanksgiving, serving up warm lunch with a side of kindness to anyone who happened to pass through its doors.

The new non-profit cafe in the Washington Park neighborhood is the first pay-what-you-can-cafe to open in Milwaukee. operates under the a pay-what-you-can model, offering food and beverages to any diner, regardless of their means. According to the cafe’s executive director Rev. Christie Melby-Gibbons, the aim is to create a safe, inclusive haven for neighborhood residents as well as job training and opportunities for volunteerism.

Pricing for meals – which include options like sandwiches, quiche, soup and salad – varies from $5 to $7, and diners are encouraged to pay as much as they are able. Patrons are also encouraged to donate what they can to provide meals for others who don't have the means. 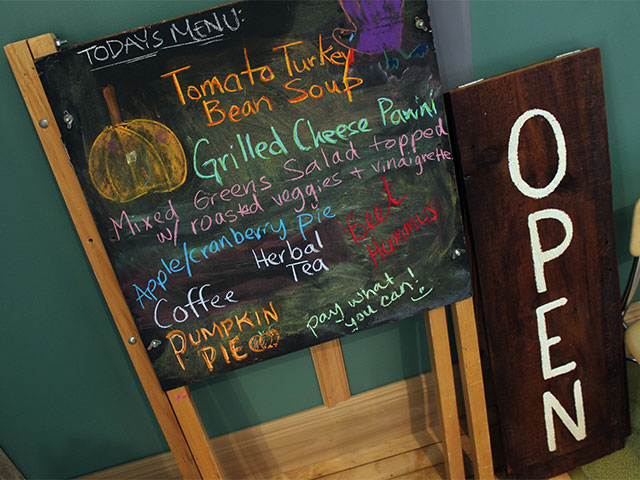 "At its core the pay what you can model acknowledges that people don’t want handouts," says Melby-Gibbons. "If you have a quarter, you can pay that. You can also give of your time: work in the kitchen, bus tables, sweep the floors. There’s dignity in it. It also calls forward a generosity from people who can give more, and who do."

"When I say that I mean soul care – the basic level where people are gathering in community and making connections," she says. "We’re very rooted in the Moravian tradition, but we’re also supportive of interfaith dialog," she says. "We want it to be a safe and peaceful place for everyone, including Muslims, people of the Jewish faith and anyone who wants to gather." 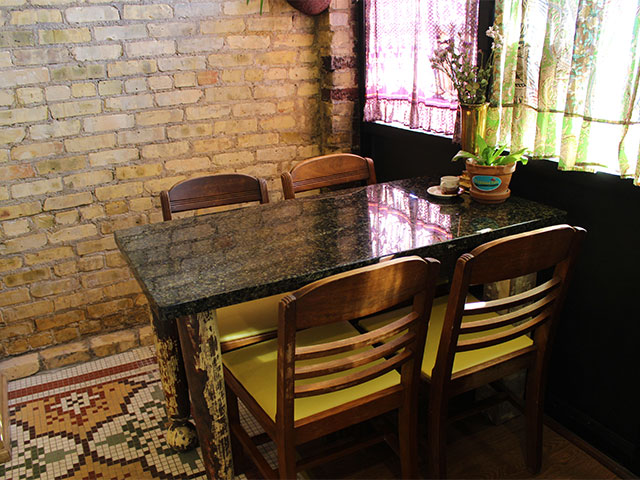 As a result, the cafe offers mostly plant-based meals, made by cafe chefs Retona Wilson and Tanya Ingvoldstad Otero, and is accommodating of dietary restrictions based on both health and religion. Food is also sourced as locally as possible with produce coming from local gardens including Alice’s Garden, Uptown Crossing Neighborhood Association garden, Wellspring and St. Claire Garden. Neighbors are also welcome to work in the kitchen as volunteers, where they can gain training in basic food service.

The cafe is also family-centric. A children's area contains a mini kitchen with pots, pans and plenty of faux fruits and vegetables. 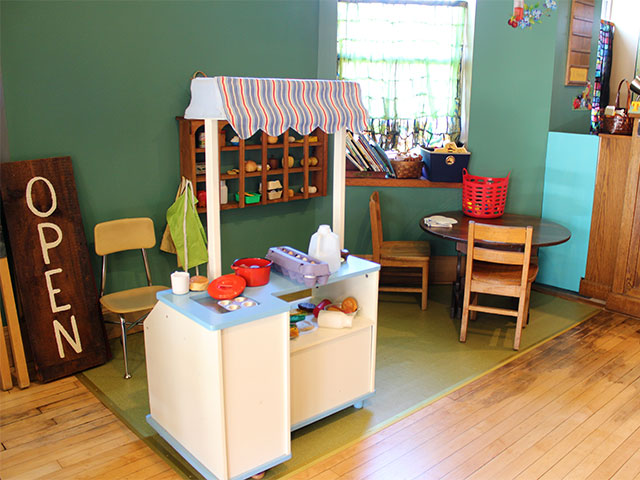 Meanwhile, quiet nooks provide comfortable places for adults to enjoy a meal or simply a cup of coffee or tea.

Melby-Gibbons, who is employed as a pastor in the Moravian Church, says the seed for Tricklebee Cafe was planted while she was serving a Moravian congregation in a suburb of Los Angeles, California.

"We happened across an opportunity to pick up expired food a grocery store and a Cuban bakery," she says. "We’d sort it, give some to neighbors and then use the rest to serve a gourmet meal that was free and open to everyone. We called it Open Table."

The concept thrived, Melby-Gibbons notes, and it brought together a wide variety of people who may never otherwise have crossed paths, from homeless individuals, to men struggling with addiction and wealthy residents who simply craved human contact. 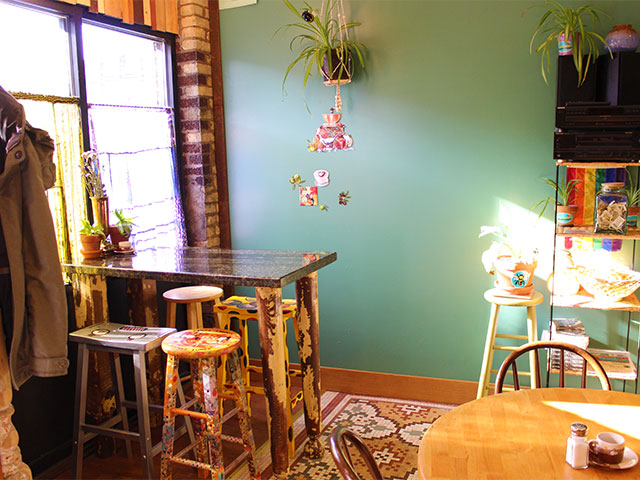 After five years of running the program, and seeing the power of community evolve from the sharing of a meal, Melby-Gibbons says she felt inspired to figure out a way to do more. As she researched, she happened upon the One World Everybody Eats (OWEE) organization, a network of cafes that fight hunger with the pay-what-you-can model.

The tenets of the organization appealed, so she talked to church leaders and told them she’d like to move to the Midwest and start a cafe. When the answer came back as "yes," she and her husband packed their bags and set off to Milwaukee.

Melby-Gibbons arrived in March 2015 and spent her first eight months networking with nutritionists, urban gardeners and Milwaukee residents. She also began looking for a location for the cafe.

The North Avenue space, which had been roughed out to accommodate office space, had been vacant for about 10 years and was in massive disrepair, but Melby-Gibbons says the location was perfect and the building owner, Chris Martin, was supportive of the project.

Once the lease was signed in November 2015, Melby-Gibbons says that she and 90 volunteers put in over 700 hours working to rehab the property to prepare it for its new identity as Tricklebee Cafe. 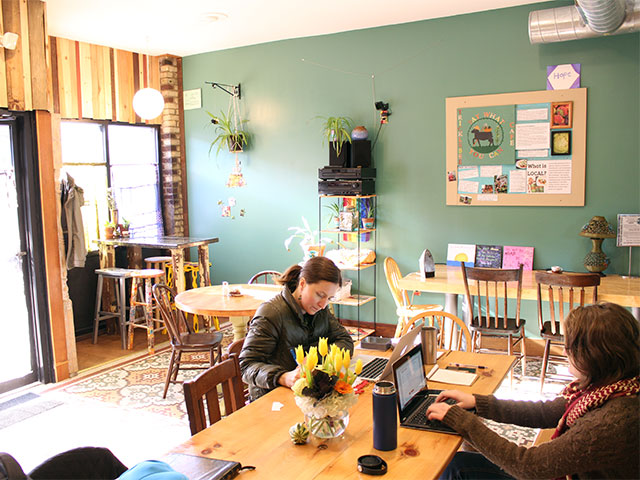 The name for the cafe is based on a phrase Melby-Gibbons mother used as she was growing up.

"Repeatedly my mother would say things like ‘Yes, we can do that, but the trick will be getting what we need…’ And all I heard was ‘the tricklebee’" she recalls, noting that the name became a symbol for what we were trying to do.

"I picture a bee and the trickling of abundant honey," she says. "And that’s what we’re trying to create here."

Tricklebee Cafe is open for lunch Wednesday through Saturday from 11 a.m. to 2 p.m. Agape Meals (free community dinners) are offered on Thursday evenings at 6 p.m. The cafe also hosts creativity night for local artists and creatives on Wednesdays from 6:30 to 8:30 p.m.

A grand opening celebration will take place Dec. 14-17 featuring live music, prizes and children's activities. Get more information about the cafe and events on Facebook.