Kathy Mykleby finds a purity of heart and soul with her 1,700 children

Kathy Mykleby has found a spot in television built in the hearts of more than 1,700 children. Mykleby is the host/creator of the "Tuesday's Child" segments on WISN 12, a series that has run consistently for 26 years.

One of the hardest things to do as a local television anchor is to perform with a purity of purpose and motivation. Local news is driven by ratings success and you spend a great deal of your time slogging around in the tragedies, disputes and sorrow of our world. It’s a job that can wear you down.

Kathy Mykleby has found a spot in TV where the soul is pure and the motive generous. And that spot has been built in the hearts of more than 1,700 children.

Mykleby is the host/creator of the "Tuesday’s Child" segments on WISN 12, a series that has run consistently for 26 years. That’s virtually unheard of in local television news.

The premise is a simple one. Each week Mykleby gets together with a child registered in the Big Brothers Big Sisters of Metro Milwaukee program. They turn the camera on, talk and play – bowling, modeling with clay, visiting a restaurant, throwing a Frisbee, swinging at a baseball. You get it.

Then the next week it’s another kid. And then another and another, seemingly forever.

"I had been at Channel 12 for a while and the news director took me to lunch at Miss Katie’s Diner. The woman from Big Brothers Big Sisters was there and we talked about this idea," Mykleby said. "I was a street reporter. For about eight years. Chasing mobsters, drug addicts, knocking on doors, covering City Hall, the crime beat, horrible accidents and all of that. I was pretty hard-nosed.

"When they told me about it I thought it was going to be kids put up for adoption and I was, like ‘No.’ But they talked me off the ledge and we gave it a try. A couple of co-workers told me that they were grooming me to be an anchor and that Tuesday’s Child was a plan to soften my image before I got on the anchor desk.

"The first one we did was with a pair of brothers (big and little) because I wanted to see what this was all about. It was a kid named Daniel and I forget what his big brother’s name was. But we went to Lake Park and threw a Frisbee around and talked about what their relationship was like. We used the song "Daniel" (by Elton John). It was an exceptional experience."

A "Tuesday's Child" segment from 2012 with Kathy Mykleby on guitar.

Amy Chionchio is the President and CEO of Big Brothers Big Sisters of Metro Milwaukee and she says the segments provide an incalculable benefit.

"The impact that Kathy has on our program is immense," Chionchio said. "After a piece runs, we get dozens of calls from people who want to mentor the person in her piece. But we have complex matching criteria, so it takes more than a phone call.

"Kathy keeps the community mindful of our work. With her work our bank of volunteers who could be matched is big. There is a waiting list of children who have very specific needs. We want to make sure a match has a full chance to work. It’s a real commitment."

I worked with Mykleby for several years when we both were younger. She’s smart and tough and knows when to put the pressure on and when to back off. She's also a funny woman and one of the hardest-working journalists this city has ever seen.

"I like to have fun, but I treat these as serious things. It’s a serious problem. But my humor comes out in these pieces too," Mykleby said. "Like, my athletic skills aren’t all that great. Once I went bowling with a kid and let the ball go in the opposite direction. Self-deprecation is a part of all this."

With all the humor and good feelings, there have been stories that have touched her deeply.

"I remember playing basketball with a kid, and all of a sudden he said to me, ‘I’ve seen my dad twice.’ I thought maybe his dad had passed away or something. I asked him when. He said he saw him once when he was three or four, playing a game, and then again when his dad drove by once.

"I was like, oh my gosh. Twice? And he’s a great kid. These kids all deserve to have as many adults on their side as possible. It bugs me that what should be isn’t. It’s a little fire that keeps me going. That kid was years ago, and he’s a middle-aged man by now."

Many times kids who have been on the show come her way again.

"I see people, like cops, who say, ‘I was one of your kids,’" she said. "They’re kind of sheepish about it. People come up to me in restaurants and say the same thing.

"Once a guy who was in the service and on his way to Iran came by to say thank you and introduce his girlfriend. That kind of thing is very special."

She has had the support of her station management throughout the run of this program.

"Once there was a news director, who shall remain nameless, who called me in and said, ‘Haven’t we done this enough?’ I went back to my desk and wrote down the names of the executives and caseworkers I had worked with," she said. "I put the paper on his desk and said ‘these are the people you’ve got to call.’ He asked why and I told him ‘it’s your call to end this.’ He chickened out and I’ve never had any other problems." 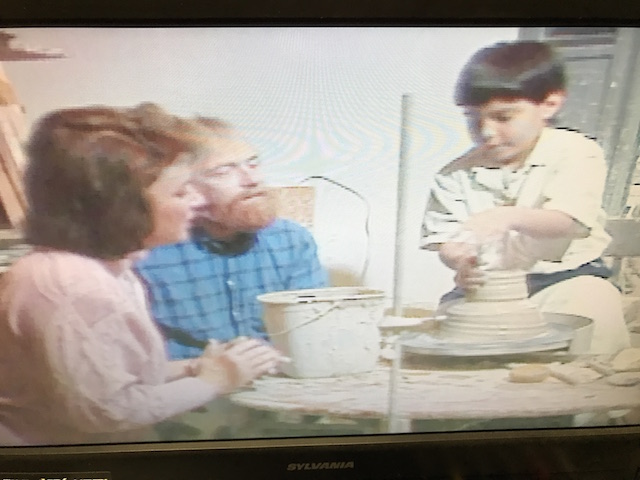 "When this started I didn’t have kids and I thought I was the worst person they could get to do this. I didn’t know I couldn’t have kids, so now I’ve got about 1,700 of them.

"We don’t normally tell nice stories. I walked into this building in 1980 and had never been on television. Milwaukee has watched me grow up, so why shouldn’t I help kids grow up?"

Mykleby is all that is good about being a local media personality. She’s been untouched by scandal and has always given everything she has to give. She has given a lot to Milwaukee but even more to the kids who needed a break that she helped give them.

"There was a time I thought about being a big sister," she said, "but I wanted to treat every kid like they were my own little brother or little sister. Maybe eventually, but for now I want them all to be treated equally. Special."