Tusk, a restaurant specializing in elevated pub fare and shareable plates, is expected to open in the Uptown Crossing Neighborhood as soon as mid-May.

There’s a new restaurant planned for 5513 W. North Ave., one of the buildings that formerly housed the headquarters for Hartter’s European Fine Pastries.

Tusk, a restaurant specializing in elevated pub fare and shareable plates, is expected to open in the space as soon as mid-May.

Christine McRoberts, owner of McBob’s at 4919 W. North Ave., is behind the new restaurant. She has been leasing the building for about five years, using it as a commercial catering kitchen and prep space for the food service at McBob’s. She says the location will accommodate both the restaurant and catering kitchen, bringing efficiency to the operation.

The name, Tusk, is derived from McRoberts love for elephants, and that theme will play out in the interior of the restaurant, which she says will be lively and bright while still preserving elements of the historic property, such as the old terrazzo flooring. She’s already started collecting elephant-themed artwork to hang in the space, which she expects will accommodate about 40 guests with both indoor and patio seating. 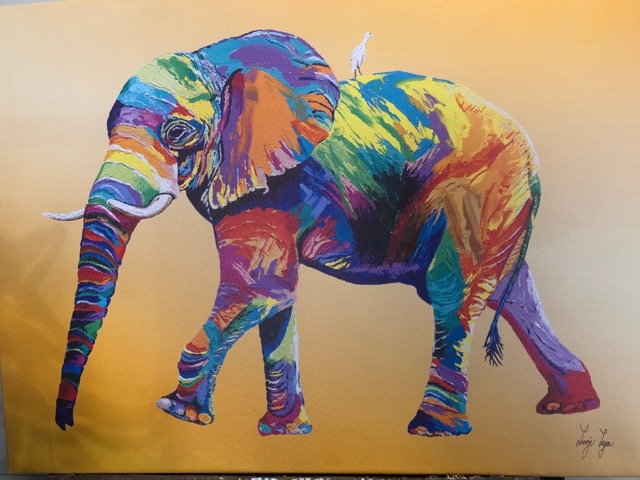 The restaurant will also function in synchronicity with the forthcoming Vennture Brew Co., which is also expected to open soon in the building next door at 5519 W. North Ave.

"I started talking to Simon [McConico] at Vennture when they first made plans to located their business in the neighborhood," says McRoberts. "And we've discussed a variety of ways that we can work together. The goal is for Tusk is really for it to be, not only its own venue, but also an extension of Vennture Brew Co."

The partnership will enable Vennture guests to order carryout food to enjoy at the next door tap room. Meanwhile, the kitchen at Tusk will also make use of the beer that Vennture brews in various dishes that are produced in their kitchen.

A menu for everyone

The menu, which is being developed by McBob’s Chef George Wellington Jones V, will also incorporate beer produced at Vennture.

"We’ll use as much of their beer and the byproducts of brewing as we can," says Jones. "And we expect the menu to change with the seasons, as well as with the beer that they’re producing."

Healthier items will include things like avocado toast (maybe topped with saffron creme fraiche and whitefish) and teff salad with zucchini.

"We really want this to be a place where you can go and eat meat dishes, but also get your vegetables," says Jones. "So we’ll also have a variety of vegan, vegetarian and gluten-free options. The ultimate goal is that there will be something for everyone."

McRoberts says the concept will evolve based on feedback from the community.

"We’ll really be listening," she says. "The menu will evolve based on things that people want to see. And it will grow and change with the neighborhood."

Tusk also anticipates having a full liquor license so that they can also serve beer, wine and spirits, including bloody marys.

McRoberts says she anticipates that they will also use the space for special events, including beer dinners, on days when the restaurant is not open.

Anticipated hours for Tusk are Wednesday through Saturday from 3 to 10 p.m.