While Brewers fans were getting their hearts broken at Miller Park, Twenty One Pilots flew high at Fiserv Forum with the band's trademark mix of rock, rap and reggae, putting on a show that seemed to have it all.

For 30 years, I have been the girlfriend, then wife, of the music reviewer. So, how did I get my first byline reviewing a show? Two simple words: Game seven.

While my man and the rest of Milwaukee were getting their hearts broken at Miller Park, I was mixing it up on the GA floor at the Fiserv Forum with Twenty One Pilots’ energetic fan base. It seemed like half the crowd was wearing some form of black and yellow with lots of bandanas and camouflage in the mix. Yellow duct tape was definitely the accessory of the evening. My advice to all the hardware and craft stores in the cities that will be visited by The Bandito Tour is to stock up on yellow duct tape.

As the crowd awaited the start of the show, the stage was completely covered by ceiling-high black curtains on three sides. When the stage was revealed, original vocalist Tyler Joseph and drummer Josh Dun appeared in ski masks with a car fire blazing as they performed "Jumpsuit," a cut off of their new album, "Trench." 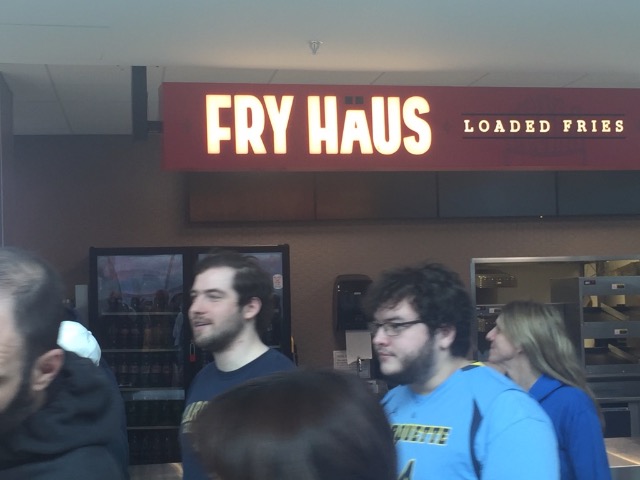 The masks stayed on but then, midway through "Fairly Local," Joseph was magically in the middle of the arena on the second level. After singing next to his screaming fans for the end of the song, he removed his mask which made it clear that there had been a body double on the main stage for the first half of the song. This became a continuous theme throughout the show. There were a few fake-outs, with a Hawaiian shirt over his head and also a zip-up skull mask hoodie, but it wasn’t until the end that he got the crowd again, wearing a ski mask for the last song before the encore, "Car Radio," and then finishing the song at the back of the floor as his body double ducked backstage.

Early in the show, a video played showing the red beanie from the Blurryface Tour taking on a life of its own. A beanie then came down from the rafters on a string only to be taken by Joseph and put on his head as the band played a couple of hits from that album, "Stressed Out" and "Heathens." The crowd ate it up, singing the chorus to "Heathens" on their own while Joseph and Dun played. Additional songs from the last album that went over well included "Lane Boy" and "Ride."

But the new material shone just as well. The fans sang excitedly to "Nico and the Niners," and when they played "My Blood," Joseph split the crowd in half to see which side could sing it louder. The title track of the tour, "Bandito," was played on the B-stage during a slowed down set with a sheer black curtain surrounding the band, live projection images and a stunning interior light show. The path to the B-stage was a suspended bridge lowered over the crowd which allowed the band to walk over their heads and get up close with the mid-floor section.

Two covers saw the opening acts joining the Pilots on the stage. AWOLNATION and Max Frost brought their voices and extra instrumentation to the Goo Goo Dolls’ "Iris" and the Beatles’ "Hey Jude." Aaron Bruno of AWOL appeared to be reading the lyrics off the floor in front of him at times. 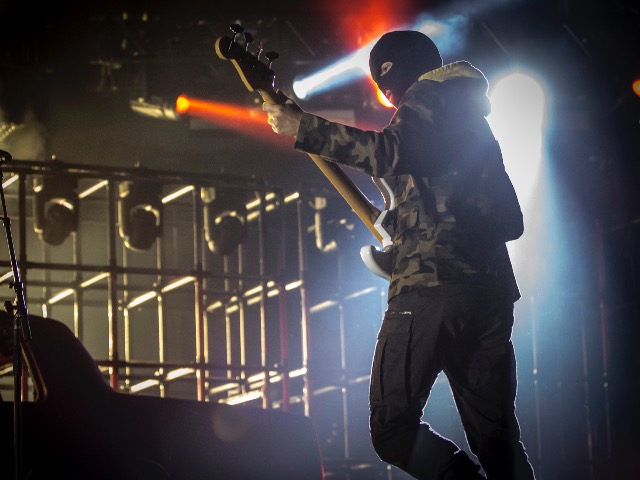 At one point, Taylor Joseph acknowledged that the crowd may have been checking their phones occasionally to check the Brewers score (Pretty sure he was talking to the guy in the Yelich jersey to my left.) He encouraged their fans to stay engaged with the show and wished the Brew Crew well. This was a first glimpse into the Midwestern niceness that the Ohio native exhibited in his onstage banter, checking in with the crowd every once in a while to make sure they were having a good time.

And how could they not? For just two guys on a stage, Joseph and Dun really put on a show. There was the aforementioned car on fire, a floating drum set that appeared to be help up by audience members, the masks that kept everyone guessing, some attempts at crowd surfing and a moment when Dun left the drums to do a back flip off of Joseph’s piano.

Twenty One Pilots’ trademark mix of rock, rap and reggae allows for a show that seems to have it all. The pacing of the setlist was well done, and the work that went into the staging, lighting and crowd experience made for a well-honed performance considering they are only four shows into the tour. Tyler Joseph expressed his excitement with the end product when he said, "At one point, this show was just on paper, so it’s cool to finally be doing it."