In 2013, the musical duo Twenty One Pilots took the stage at Summerfest as a simple opening act. A few years and several gigs later, the two have made themselves no strangers to Milwaukee - as proven by the sold-out BMO Harris Pavilion show Saturday night.

In 2013, a musical duo with a unique sound took the stage at Summerfest as an opening act. As a young band back then, not many Milwaukeeans knew much about Twenty One Pilots and its exclusive sound. Nowadays, a few years and several Cream City gigs later, this conglomeration of alternative, punk rock and hip-hop is no stranger to Milwaukee.

Saturday night vocalist Tyler Joseph and drummer Josh Dun brought their dark and whimsical talents back to play the BMO Harris Pavilion on the Summerfest grounds for a sold-out show. Before the band even took the stage, the crowd was on their feet and cheering, anxiously awaiting the first song. Nearly every fan sported a black t-shirt, covered in Twenty One Pilots's signature white and red lines and logo.

When a masked Joseph and Dun stepped onto the stage to play the first melodic notes of their opening number "Fairly Local," Joseph barely had to sing along to his own song; the crowd took care of the lyrics for him. This trend continued as the duo touched on "Heavydirtysoul" and went right into "Migraine," which the crowd sang without Joseph’s help at least halfway through the song. 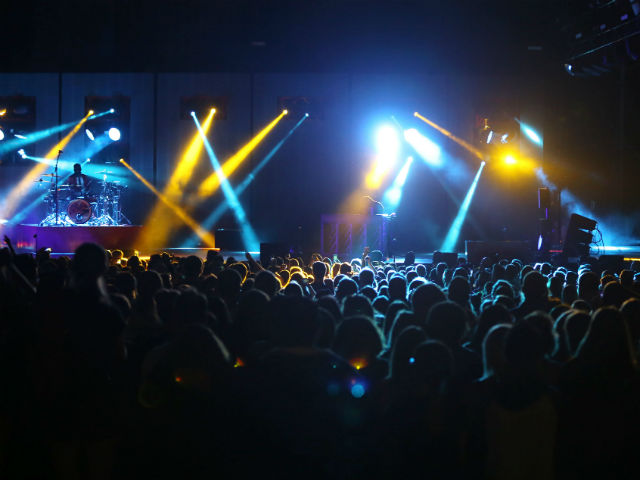 The vocalist even mentioned to the crowd, "You guys are really bringing it," which is true. The crowd loved that Twenty One Pilots was standing before their eyes. But the audience was nearly out-performing the performers. Joseph would start off a song and then turn the microphone out toward the crowd, letting them finish the popular choruses or catchy rap verses as Dun continued to pound out the backbeat.

The pervious two times that Twenty One Pilots played in Milwaukee, the band headlined at The Rave/Eagles Ballroom, a cozy and homey venue. The band seemed to thrive better there since this duo literally loves to be in the audience. At any Twenty One Pilots show, one can count on Joseph jumping off of ledges on the set, choruses belted from the rafters as he hangs from them or Dun drumming on top of panels lifted by fans lucky enough to be in the first three rows. In a smaller venue, these extraordinary tricks are more intimate, while in a pavilion setting, playing in the crowd almost seemed forced.

In the past, fans that had seen Twenty One Pilots before knew pretty much exactly what to expect. In the band’s first tour with its album, "Vessels," the duo milked the setlist to the point where if you had seen them live once, you could call the exact order of the setlist the second time you would see them perform.

This tour stop, however, was surprisingly different. The band’s itinerary was loaded with musical mashups of a few of their most popular tunes. The plus side of this is that the audience was able to experience more than 20 of their favorite Twenty One Pilots classics played live. Sadly, this method also cut all the songs short, none lasting more than two minutes. This seemed to leave the crowd hanging a little bit; some nearby audience members voiced how the band didn't even play the best part of a song. 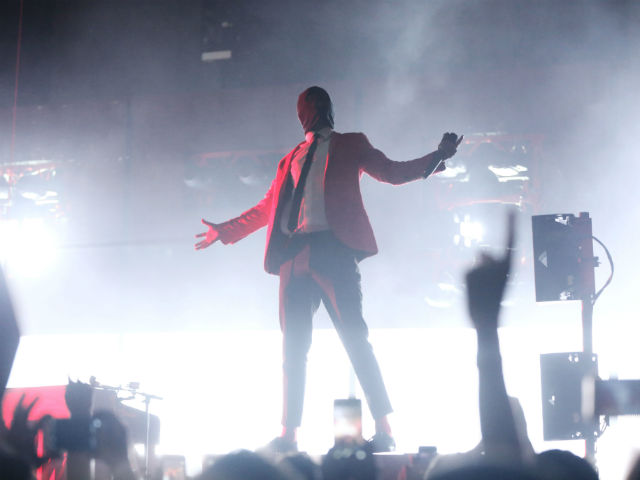 That being said, Joseph did not disappoint by completing his performance with a brief ukulele interlude, which was topped off with his trademark, flower-covered satin robe. He started off the sequence with "House of Gold" as expected, but after only one verse, switched to other ukulele hits off the band’s newest album, "Blurryface." It was a delightful twist on one of the band’s concert traditions.

The pair did manage to fit in all of their most well known songs in the 110-minute set. They even pulled a risky move by ending the main portion of their set with an initially slow-paced "Car Radio." The song gracefully ends on an upbeat, high note, which led right into a high-energy plead for an encore from the crowd. The last two encore songs the band played were a piano-heavy "Gone," followed by a heartfelt rendition of "Trees," paying tribute to the growth that Twenty One Pilots has seen in its Milwaukee fan base alone.

The show was complete with confetti pouring from the sky as Dun and Joseph wailed on a pair of base drums while suspended in the air on platforms held up by the crowd. When they wrapped up the song, Joseph powerfully signaled the crowd with the band’s renowned hand sign, and the crowd graciously responded by signaling the singer right back while blaring screams filled the pavilion.

Hopefully, if Twenty One Pilots returns to Milwaukee, the band will embrace its fascination with its audience and perform at a smaller, more intimate venue. The time of those kinds of venues, however, may have past now for the blazingly popular genre-blending band. Still, regardless of where the duo decides to play, they can truly count on Milwaukee to keep on bringing a ready-to-rock spirit.