5 best spots to twerk in Milwaukee

After Miley's titillating performance at the VMAs last night, the editorial staff here at OnMilwaukee.com began to wonder: where are the best places in Milwaukee to get your twerk on? Which spots would make for some really awesome twerk-pics?

A lot of us remember Miley Cyrus from her Disney Channel heyday, when she graced the backpacks, notebooks and lunch boxes of fifth graders the world over.

But Billy Ray’s baby girl is now 20 years old, and in case we forgot, she reminded us last night at the VMAs by stripping down to her underwear – literally – and getting all up in Robin Thicke’s business. Hannah Montana got her dirty dance on by twerking across the stage to her song "We Can’t Stop" (and she couldn’t, it seemed).

In case any of you don’t know what twerking is, here’s UrbanDictionary’s definition (because really, it’s too good not to share):

"The rhythmic gyrating of the lower fleshy extremities in a lascivious manner with the intent to elicit sexual arousal or laughter in ones (sic) intended audience."

So today, the editorial staff here at OnMilwaukee.com began to wonder: where are the best places in Milwaukee to gyrate your lower fleshy extremities? Which spots would make some really awesome twerk-pics? Here’s what we came up with. Because it’s our city, and we can twerk where we want to.

Twerk on the Bronze Fonz 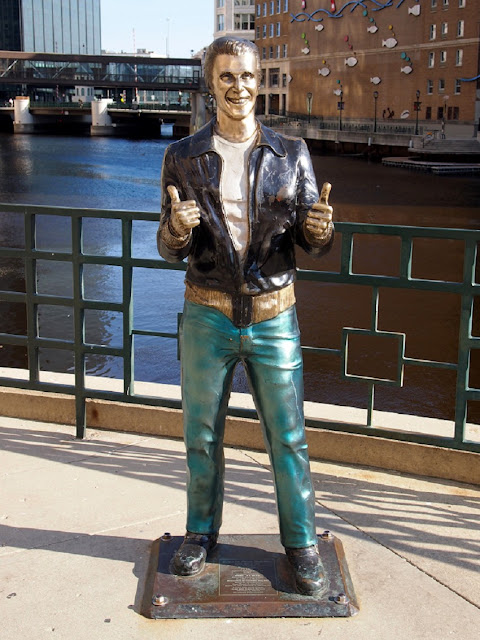 Because if he were around today, the Fonz would probably be pro-twerking. Heyyyyyy.

Twerk on the Edelweiss

It takes a special twerk to twerk on water. 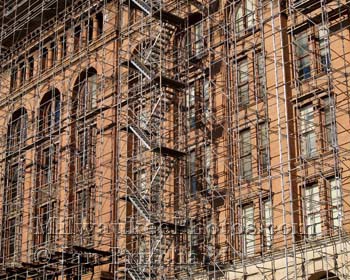 Just watch out for that crumbling facade. Twerk safely, people.

Extra points if you do it on skates.

Twerk on the Pedal Tavern 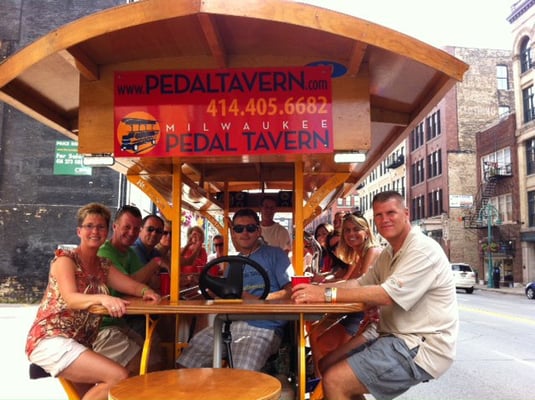 But be careful. It’s been known to tip over.