Although the intriguing chai liqueur promised back in 2017 has trickled out of Brian Sammons' Twisted Path Distillery in the Lincoln Warehouse, 2018 S. 1st St., the officially labeled - with TP's new label design - 750 ml bottles of the sweet yet spiky nectar will be launched on Saturday, Oct. 4.

Although the intriguing chai liqueur promised back in 2017 has trickled out of Brian Sammons’ Twisted Path Distillery in the Lincoln Warehouse, 2018 S. 1st St., the officially labeled – with TP’s new label design – 750 ml bottles of the sweet yet spiky nectar will be launched on Saturday, Oct. 4.

The chai launch party will run from 5 p.m. until midnight that day, and will have two live bands, a food truck on site and sample chai cocktails throughout the evening, according to Sammons.

The 100 percent organic and gluten-free quaff made with vodka – that the distillery makes on what it says is a "a semi-regular basis" – looks almost like a nocino in color, but it has a hefty dose of the natural chai spice flavor you’ve come to expect, thanks to the lattes at the coffee shop.

"What led me to the chai, was that my wife loves chai, and makes her own from scratch at home," Sammons says. "She used to love drinking cream liqueur (Bailey's) but now only drinks organic, or at least RGBH-free dairy, and the idea of room-temp, shelf-stable dairy in a cream liqueur seems like some odd science-fiction stuff. 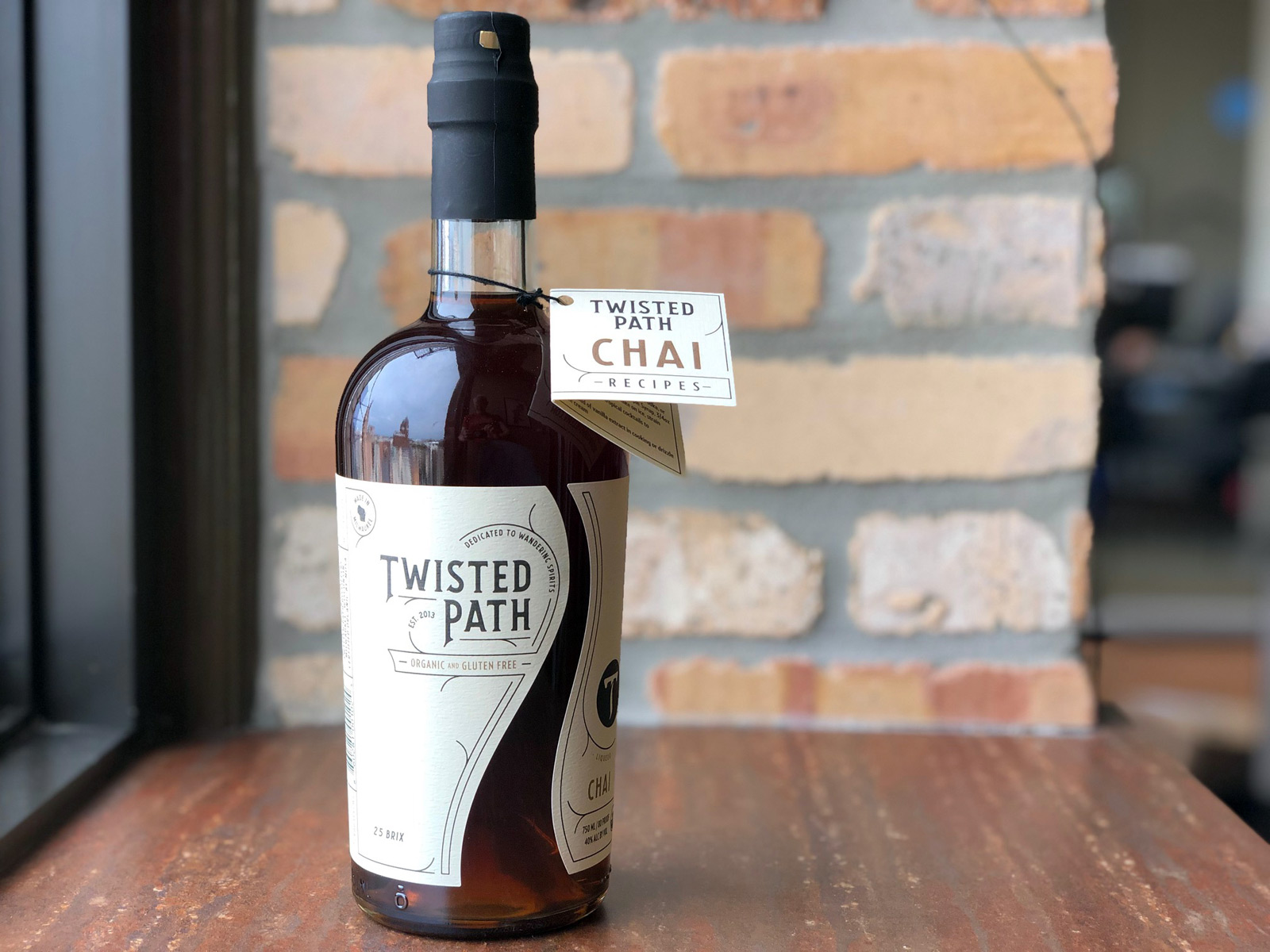 "So we had the idea of making a chai liqueur using her recipe, but leave out the milk/cream. So, I can add the non-dairy milks I tend to drink, she can add organic milk, etc."

It’s 80 proof, so it’s got some kick, but it’s also 25 brix, which while half the sugar load of simple syrup, it’s still a nice touch of sweetness.

"I make the chai higher proof and with more concentrated spices than most liqueurs would otherwise be – that way you could mix it 50/50 with milk or cream of your choice to make a delicious cream-liqueur," Sammons says.

"Then it turned out making it that way made it far more useful in all kinds of cocktails I didn't expect."

You can drink it neat or on the rocks, mixed with milk or vanilla ice cream, as a replacement for vanilla extract in baking recipes, or as a cocktail mixer.

Each bottle comes with card with suggested cocktails, including the intriguing Rye Chai, a Chai Sour or even added to a Classic Sour.

"The ‘Chai Sour’ is one we make at home all the time," says Sammons. "It’s so easy and great. That and the Rye Chai, or the same recipe but with my dark rum instead of the rye."

Twisted Path has lined up distribution for its chai via Capitol-Husting/All-State, so you will be able to get it at the distillery but also at local retailers throughout Wisconsin, too. Sammons is working on distribution in Illinois and hopes to be sending the chai down there before the end of the year.

The distillery also launched its first whiskey – a bottled in bond rye – this year.

Move over Rumchata! New Milk & Honey liqueur pairs with just about anything