After four years making its name with organic vodka, gin and rum, Twisted Path unveils its first rye whiskey this week and it's bottled-in-bond.

Earlier this year, online wine, beer and spirits magazine VinePair asked, "What are bottled-in-bond spirits, and why are they suddenly everywhere?"

"As American whiskey sales continue to grow year-over-year, due in part to what industry analysts call the ‘craft movement,’ bottled-in-bond spirits have come back in a big way," noted writer Jonah Flicker.

Add Milwaukee’s Twisted Path to the list of craft distillers with a bottled-in-bond whiskey on offer.

The distillery, which opened in 2015 and is located in the Lincoln Warehouse, 2018 S. 1st St., in Bay View, releases its first whiskey – which is labeled bottled-in-bond – on Saturday, March 30 at 1 p.m. in the tasting room.

"This is what I’ve always wanted," says Twisted Path founder and distiller Brian Sammons. "To have a good whiskey without an asterisk. Like, ‘It’s good whiskey for Wisconsin or whatever.’ 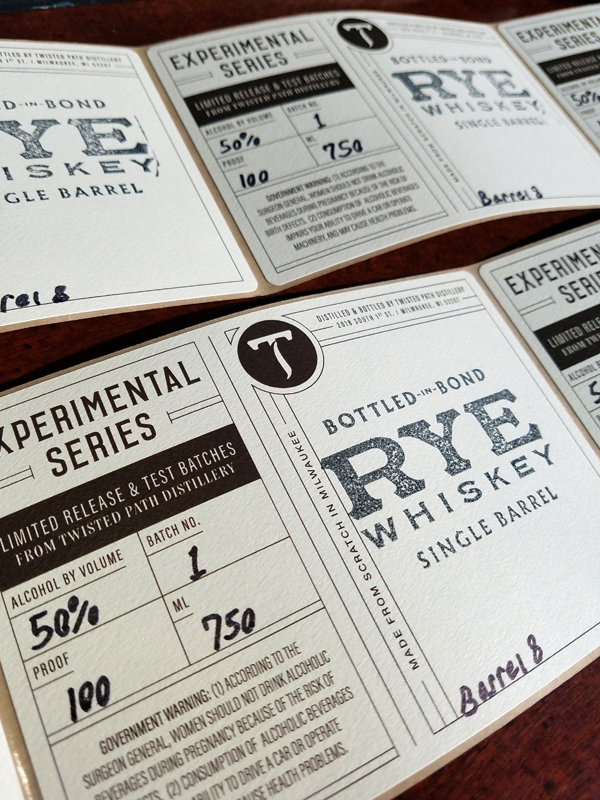 In its first few years, Twisted Path has focused its efforts on vodka, gin and rum. But although you couldn't taste it or buy it, Sammons has quietly been making whiskey, too.

"I'm just constantly changing the recipes: the grain bill, what kind of grain, where it's from, the amount of it, the yeast, fermentation temperature, mashing procedures, barrel situations," he says, "changing it all up.

"So then the idea is, from this point forward, now and then, maybe a couple times of year, I'll release some whiskey that's different than last time."

For this first release, Sammons' mash bill was 63.5 percent rye and the remainder corn.

All of Twisted Path's spirits are certified organic, and the grains for the debut whiskey came from Dave Dolan’s Dolan Farms in Dodgeville.

The extremely limited single-barrel rye whiskeys – of which there are technically four, from two batches – will be sold on a first-come, first serve basis. 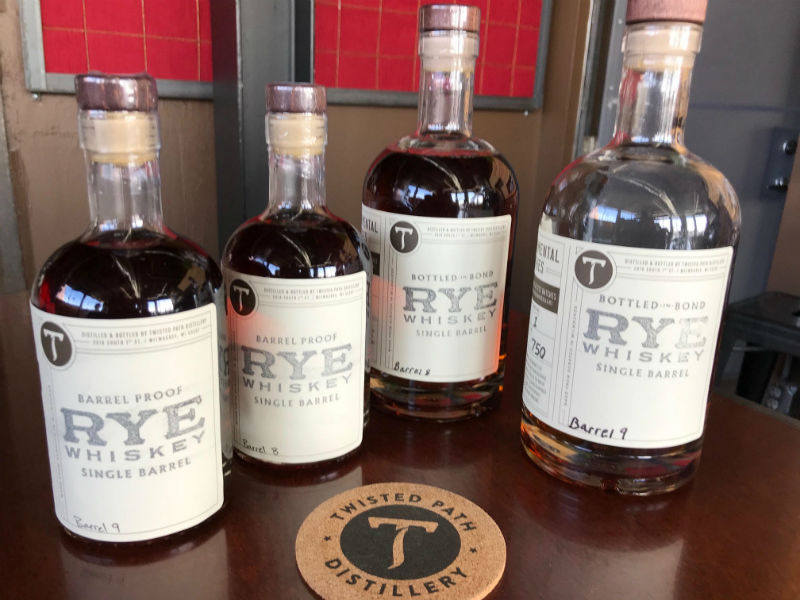 Twisted Path has produced just 200 of the large bottles and a mere 48 of the half-sizes.

So, what is bottled-in-bond?

The Bottled-In-Bond Act of 1897 was created to ensure the quality of whiskey and it comes with a variety of requirements, including that the whiskey must be produced at a single distillery during a single season, it must be bottled at 100 proof and it must be aged at least four years in a federally bonded warehouse.

"The two bottled-in-bond barrels we are releasing have been aging since I opened the distillery in 2015," says Sammons, who notes that these barrels were not the first whiskey he made, just the first to be released. (That explains why they are numbered barrels eight and nine.)

"We wanted our first whiskey to be bottled-in-bond as a statement of integrity, but some releases we may want to bottle higher or lower than 100 proof, so they won’t all be designated bottled-in-bond."

Sammons has about 50 30-gallon barrels of whiskey, made at various points over the past four years with assorted mash bills, currently aging in his rickhouse at Lincoln Warehouse.

Tasting all four expressions side by side is interesting. While the Barrel 8 is a bit heavier on the rye spice, Barrel 9 is fruitier, more floral, with less rye tang. 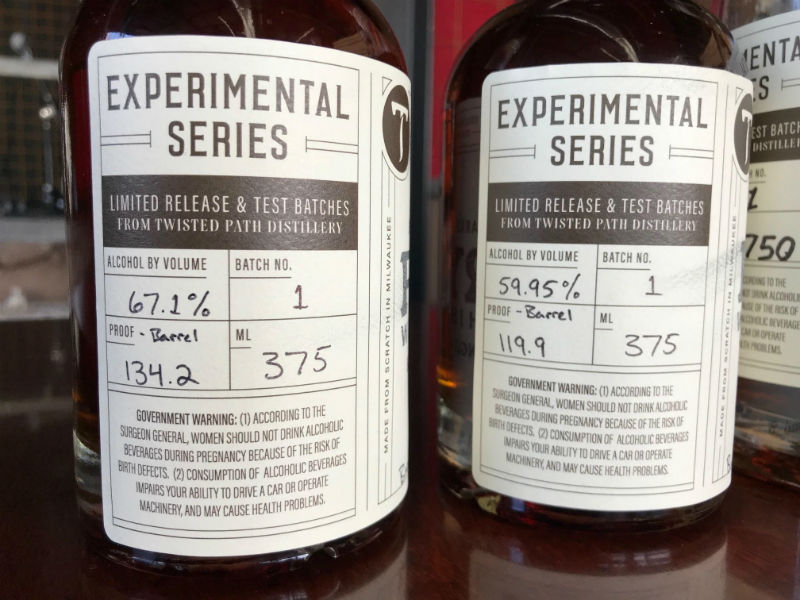 Interestingly, though both were barreled at the same 120 proof, they ended up wildly different in the end. Barrel 8's ABV fell to 119.9, while Barrel 9 increased to 134.2.

"It's interesting," says Sammons. "It's two different batches, less than a month apart. They were the same grain bill and I made them right near each other. They're both ready, but they're also distinctly different.

"Same barrel source, all that. Yet they ended up pretty different. I think it's just the difference in the barrel."

Interestingly, even with proofs that high, neither of the barrel-proof whiskeys brought excessive burn, but Barrel 9 did benefit from a few drops of added water, which opened up some of its caramel notes.

"Twisted Path’s choice to do a pair of single barrel bottled-in-bond ryes as their first whiskey release showcases their commitment to patiently aging spirits, as well as their ability to make a uniquely American style of whiskey without cutting any corners," says Nate Norfolk, who is the wine and spirits director at Ray's in Wauwatosa.

"The whiskies are both surprisingly dark and rich with an excellent balance of oak, spice and grain flavors. Well worth the four-year wait."