Urban Beets, the vegan-friendly cafe which opened almost exactly a year ago at 1401 N. Dr. Martin Luther King Jr. Dr., is slated to be bigger and better thanks to an expansion plan that should be completed by late spring or early summer.

Urban Beets Cafe & Juicery, the vegan-friendly cafe which opened almost exactly a year ago at 1401 N. Dr. Martin Luther King Jr. Dr., is slated to be bigger and better thanks to an expansion plan that should be completed by late spring or early summer.

According to Dawn Balistreri, who owns the cafe with partner Jason Massman, Urban Beets will be expanding its footprint to include the adjacent storefront, adding additional seating, a bar and expanded operating hours, which will allow for dinner service.

"We’ve had such a great response in the past year from customers," she says. "And we’re really excited to be able to offer people more great food in a bigger environment. The additional space will give us more options and more seating. Right now we do a lot of to-go orders, but we’re hoping we’ll also be able to give people an opportunity to stay and dine with us." 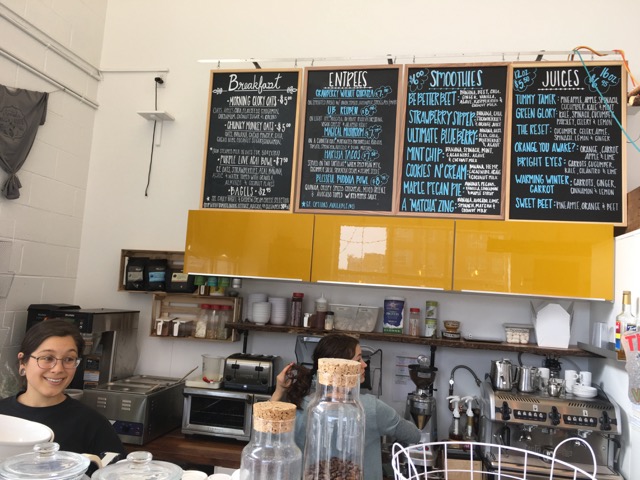 The remodeled cafe will feature an expanded menu, says Balistreri, which will include dinner options like appetizers, salads, veggie burgers and thin-crust personal style pizzas, which will be offered on both regular and gluten-free crust. A new bar will serve beer and wine, along with healthful beverages including fresh juices.

"The design will be very simple and clean," she says. "A bright, modern space with some rustic elements. We’re going to do a reclaimed wood bar top. And we might go with a mezzanine above the bar."

Balistreri says the expanded space will not only increase the number of customers she serves, but also allow her to host a variety of educational classes, including offerings on diet and nutrition.

"I’m really looking forward to doing more with introducing people to superfoods and some of the great healthful ingredients we carry in the shop," she says.

The remodel, which is slated to begin in the next few weeks, is being spear-headed by Clarence Morse of Brew City Contractors, who is also working on the build-out for Sushi Yuki in Bay View. Morse says he's excited about the plans, which he says he expects will really be a "showpiece" in terms of restaurant design.

The cafe will remain open during construction, and once transitioned, the existing cafe counter will remain open to handle to-go orders, pick-ups and quick service for juices and smoothies.

"There’s a lot of vegan food in Milwaukee," notes Balistreri. "And a lot of it I’d consider to be vegan comfort food. But, we’re really seeking to provide healthier vegan options. We really don’t focus on meat substitutes I think Milwaukee is really ready for more of the plant-based vegan options."