Few homes have deeper roots than the one that goes on the market today. The two-story Italianate home located at 1851 N. 2nd St., in Brewers' Hill, was built in 1859, a mere 13 years after the City of Milwaukee was officially chartered.

As you already know if you’ve read the Urban Spelunking stories I’ve written about the H.G. Goll and H.J. Geerlings houses in the Concordia neighborhood, the City of Milwaukee often has beautiful historic homes for sale at pennies on the dollar.

These typically come to the Milwaukee Department of City Development after a tax foreclosure, and they are often in rough shape. But with the right buyer, these can be transformed into gorgeous modern homes with roots deep in Milwaukee history. 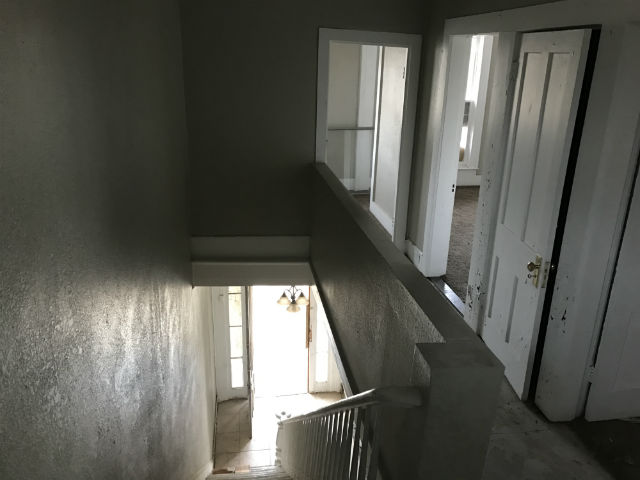 Few such homes will have deeper roots than one that goes on the market today, located at 1851 N. 2nd St., on the corner of Reservoir Avenue in Brewers’ Hill.

This two-story Italianate home was built in 1859, a mere 13 years after the City of Milwaukee was officially chartered.

The asking price is $96,100, and renovations are estimated to cost $77,760. You can find the listing for the home, which is for sale by the city, here. (Note that the year listed is incorrect; 1859 was confirmed as the construction date by the city's historic preservation office and the assessor's office has said it will correct its records.) 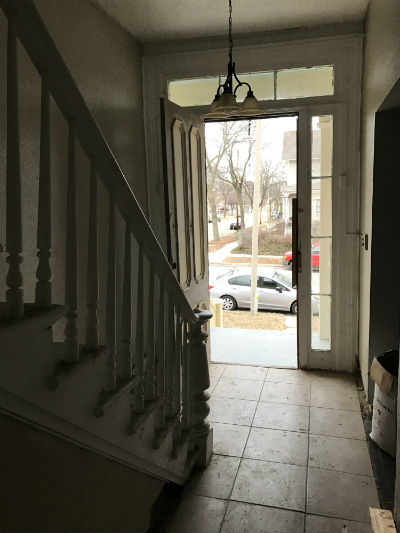 The assessment on this lot went from $0 to $40 in 1858, leaping up to $350 the following year thanks to the construction of the home, which has a classic symmetrical look with tall windows and a lovely full porch on front.

The solid, vintage front door is bordered on three sides by panes of glass throwing light into the hallway behind.

It appears that the home was built by the Wheeler family, which owned it. A C.W. Wheeler appears on the 1867 tax rolls at the address, and city directories show an Abner B. Wheeler – a dealer in furs and animal hides – living there the previous year.

In 1868, August Haase – a wholesale tobacconist and partner in Haase Biersach and Co. – lived in the home and appears to have been there into the 1870s.

In 1924, an addition was put on the north side of the home. You can see where that addition is pretty easily by looking at the brick foundation.

According to the Wisconsin Historical Society, Juanita T. Bell and her husband Bennette B. Bell lived in the home around 1970. 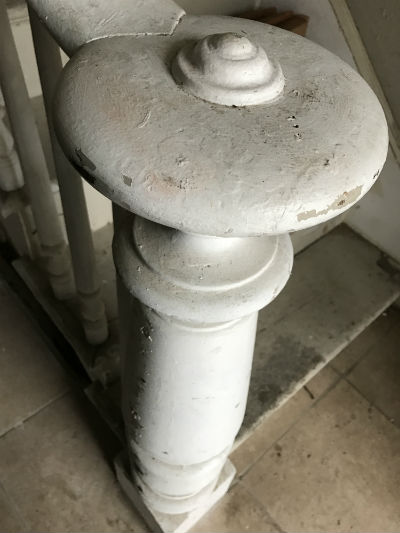 "Bennette Bell was also involved in civil rights activism, and participated in organizations like the North Central YMCA. The husband and wife duo owned and operated Bell's Ash and Rubble Removal out of this home."

The house – the architect of which is unknown – was added to the National Register of Historic Places as part of the Vine/Reservoir Historic District in 1984.

According to one source at the city, the house has been flipped numerous times in its more recent history, and its condition has suffered. Neighbors recall seeing original arched marble fireplaces torn out and discarded, and there were some ham-fisted attempts at rehab work.

When the city took control, it completely rebuilt the porch, fixed the exterior wood siding – which had, for years, been beneath asbestos shingles – and painted the house.

Inside, there’s a lot of work to do, but there’s quite a bit of space, and the basement has fairly tall ceiling heights, which would make it suitable for finishing.

Alas, there’s not a ton of vintage detail inside. There is a sturdy newel post at the base of the staircase up to the second floor, and a bit of wood trim around doorways, but little else. On the upside, a lot of the demo work that a renovation would require has already been addressed.

And the home sits in a neighborhood packed with glorious old Milwaukee houses in a number of styles. This home, if revived, would surely be among the best. Certainly it’d be the oldest, or among the very oldest, not only in the neighborhood, but in the entire city.