On the bright side, no one was injured when fire engulfed the UWM Mainstage Theater, 2400 E. Kenwood Blvd., on April 8, 2017, but the Peck School of the Arts buildings suffered nearly $6 million in damage. Also on the upside, the restored theater is an upgrade for the university.

On the bright side, no one was injured when fire engulfed the UWM Mainstage Theater, 2400 E. Kenwood Blvd., at about 9 p.m. on April 8, 2017, but the university’s Peck School of the Arts was heavily affected, suffering almost $6 million in damage.

And nearly 200 classes, exhibitions and performances – including the final performance of the 2016-17 season – had to be immediately rescheduled and relocated.

The theater reopens this week with the musical, "9 to 5," which runs from May 2 through May 6. 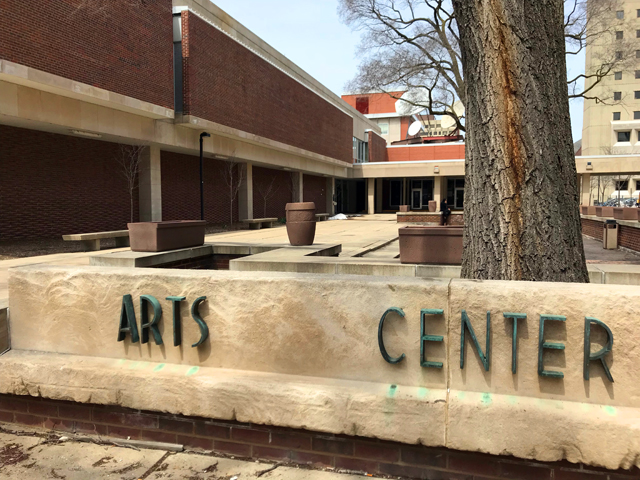 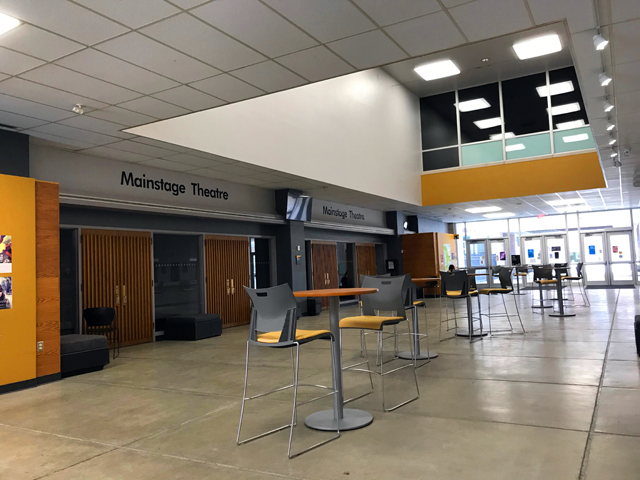 "In the days after the fire, we would see students walking by the theater building start crying: ‘My project is on the third floor of the art building,’ or ‘How can we perform our final show in a few days,’" recalled Peck School Dean Scott Emmons.

"There was a lot of emotional trauma in those early days, and then students figured out that the UWM campus community and local arts community were coming together to make their experience complete. It bonded them as students and artists."

In the wake of the fire, a team of 180 from Paul Davis Restoration worked to clear out the space and determine what could be saved. What couldn’t, went to the dumpster. Everything else Davis cleaned and restored.

While work progressed on the theater, some other areas were back up and running for classes by autumn.

Most of the cost of repairing the damage and replacing ruined equipment was covered by insurance, said LeRoy Stoner, chair of the theater department. 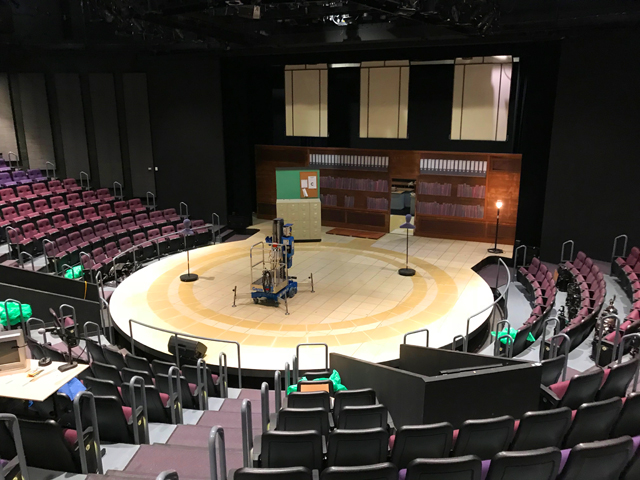 Not only was the theater damaged – the fire had started in the scenery shop behind the stage – but the art and music buildings, to which it is connected, also suffered smoke damage.

"The fire actually was contained to one specific area, and there was a huge impact on that area, because, literally, after the fire it looked like the inside of a fireplace," said Stoner.

"Pretty much everything had to come out of there – ventilation equipment and the fixed tools, like the band saws, the table saws, the drill presses. All of those units were ruined."

Beyond that space, fire wasn’t so much the issue, but rather smoke and water damage, Stoner said. And that affected not only the stage and the auditorium, but also support areas like dressing rooms, rehearsal studios and other areas on the floor below, as well as in the arts building, which shares a ventilation system with the theater.

And here is another result of the fire that optimists could call a bright side: the theater and its support spaces, as well as the adjacent arts building, are now more contemporary and more up-to-date than they were before the blaze. 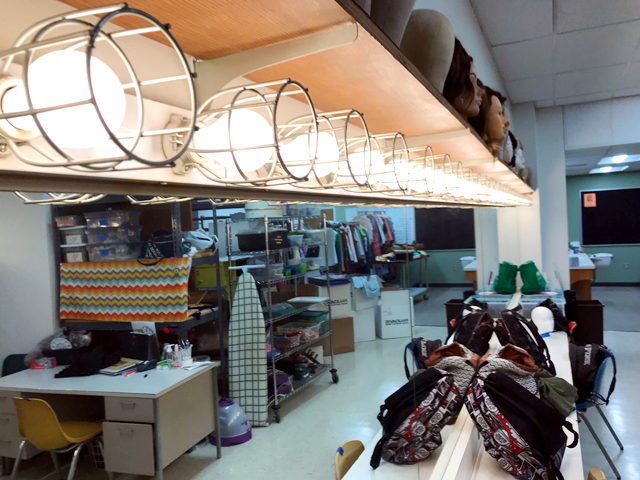 In the arts building – a 1962 structure designed by Eschweiler & Eschweiler – smoke damage led to new paint, ceilings and LED lighting.

Back in the theater shop – which has been completely redesigned – Stoner said, "all the surfaces had to be cleaned, sealed, painted. We had a lot of raw concrete, concrete block from the original construction of the building, so the surfaces in the room, and particularly the floor, came back in much better condition than they were prior. We had operated in that room since 1967, was when the theater was built." 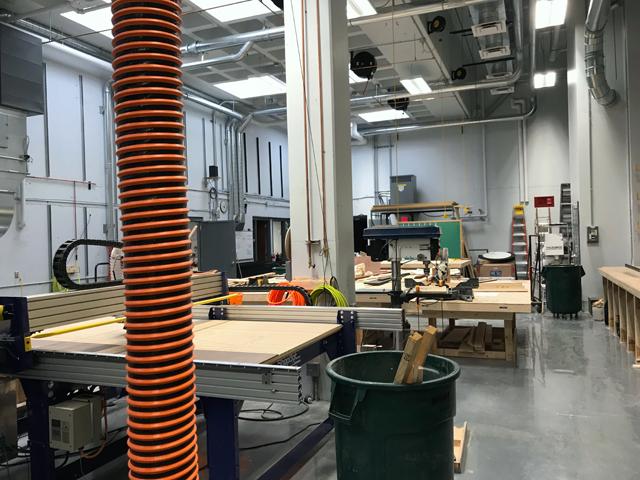 New tools, including a CNC router (which Stoner called "a game-changer" for theater production classes), bring the shop more up to date in terms of technology and safety.

Inside the theater, the seats were destroyed, as were wood and fabric wall finishes. On the stage, rigging equipment suffered, and the drapery and the floor were ruined. All of that has been replaced. 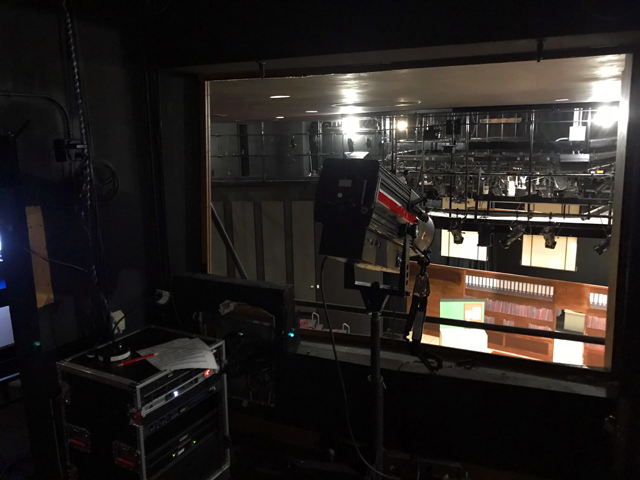 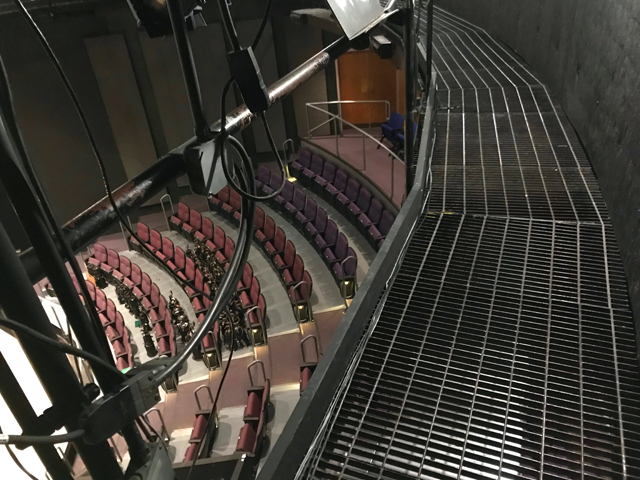 The formerly enclosed sound and lighting booth has been opened up, as has been the catwalk that encircles the bowl. Sound and lighting equipment that was damaged has been replaced with new technology, much of the former in more flexible portable units.

The lighting has been replaced with LEDs, which does more than just save energy, Stoner said.

"Each light is addressable, so this is a real step we were able to take in terms of maintenance and in terms of control in the theater space. We have much more control now."

Most noticeable to audiences will be the change in seating. Some rows were removed down in front and along the back, as well as in an area in the center to accommodate a sound board so that the audio engineer will be in the room during productions rather than in that booth above.

While the theater originally had upwards of 500 seats – a specific number is hard to state because the space was flexible – it now has roughly 300, said Stoner. 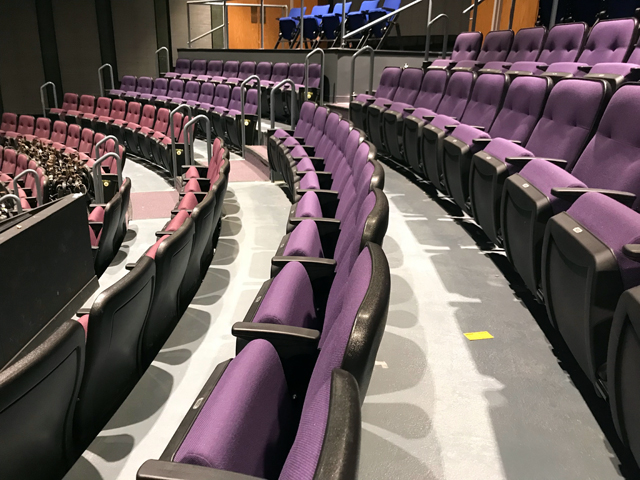 "The seating is wonderful," he said, pointing out that the new seats are wider and more comfortable. Stoner noted that the fact that the seats are now bolted to the risers rather than the floor makes cleaning the auditorium much more efficient.

"By taking some of the seats out, we were also able to create a better capacity to accommodate folks in wheelchairs," Stoner noted. "We now have railings in the aisles, so that the aisles are much safer to negotiate.

"It’s got great bones. Whoever built the theater was really good. The bowl is poured concrete and it’s solid."

I asked Stoner if despite the costs of the fire – financial and otherwise – the university ended up with a much better theater than it began with he smiled and nodded. 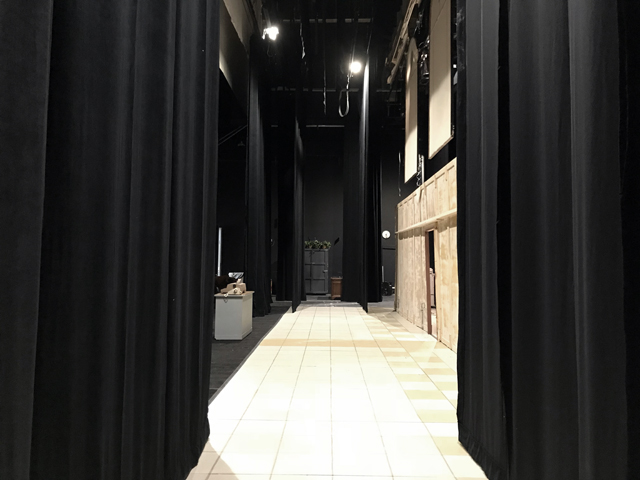 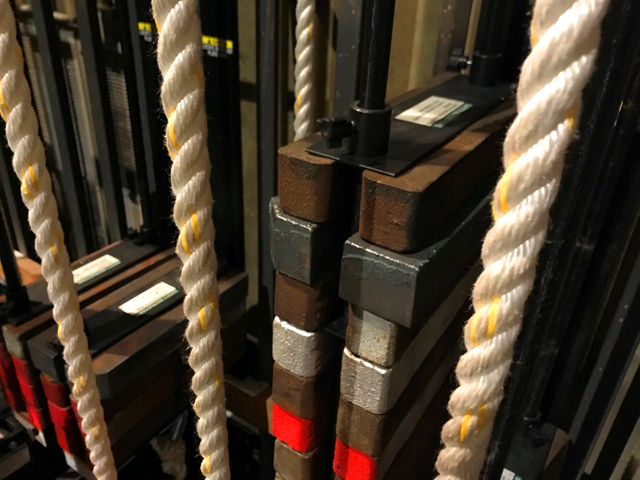 "Creative problem-solving and teamwork are hallmarks of an arts education," he said. "People in the school worked many many hours to define what the renovated facility should look like, maximize replacement dollars for new lighting and improved sound and fix other problems of the building that pre-dated the fire."

Added Stoner, "Sometimes, it takes a catastrophe for advancement to occur. Our students are getting a whole new level of tools and technology to work with, and our building is now wheelchair accessible and more comfortable for all patrons."

If UWM really wants to be big time, it's time to make a a coaching change