A month removed from the release of "Father of the Bride," NYC indie rockers Vampire Weekend brought its tour of the same name to Milwaukee's lakefront. Here is our list of the best songs and moments from the band's Milwaukee stop.

A month removed from the release of the band's fourth studio album, "Father of the Bride," NYC indie rock band Vampire Weekend brought its North American tour of the same name to the BMO Harris Pavilion on Milwaukee’s lakefront. Just three dates into the tour, after kicking things off this week in Toronto, the Ezra Koenig-led trio performed cuts from its new LP, as well as a number of covers and selections from the first three albums.

Saturday night’s performance was great from start to finish, from Chicano Batman’s opening set to the very end of Vampire Weekends’ nearly 30-song set. And while fans in the pit, bleachers and standing room all were singing along with Koenig, the band’s extended jam sessions kept the crowd entertained as much as anything else.

Here is our list of the best songs and moments from Vampire Weekend’s Milwaukee tour stop: 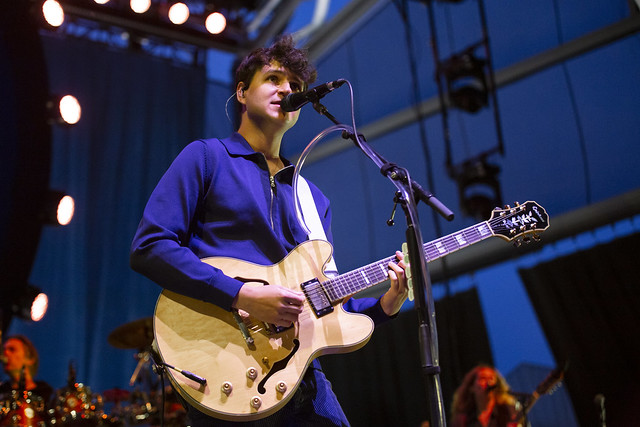 Getting things started on a high note, Vampire Weekend opened the performance with an extended version of the "Father of the Bride" track, "Sunflower." A standout from the band's new album, which features an appearance from Steve Lacy of the R&B band, The Internet, "Sunflower" blossomed on the live stage, as guitarist Brian Robert Jones stole the show with his highlighted solo.

"Sunflower" set the vibe for the rest of the night, as the packed Milwaukee crowd served as a fly on the wall for the band’s amazing jam session. 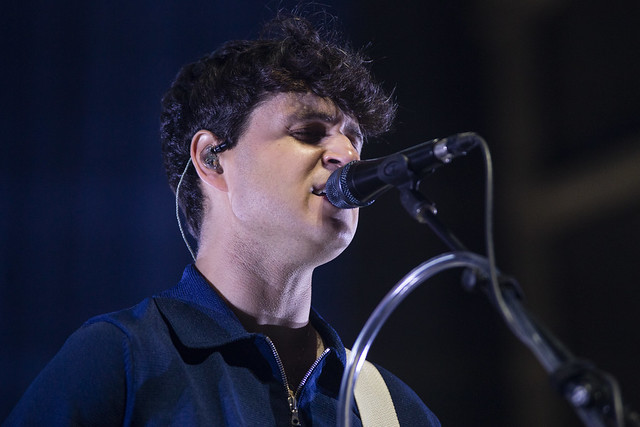 Vampire Weekend recorded over 20 tracks its new album, so with four full length projects to choose from, Koenig and company have no shortage of songs to pick from when curating each night’s setlist. But to switch things up, Vampire Weekend put its spin on things with a unique cover.

Soon after a performance of the band’s SBTRKT collab, "New Dorp. New York," the New York natives paid respect to Jersey with a cover of Bruce Springsteen’s "I’m Goin’ Down." Vampire Weekend are no strangers to the 1984 record, covering the track for years. Therefore it’s no surprise that they have perfected their version of The Boss’ "Born in the U.S.A." track. 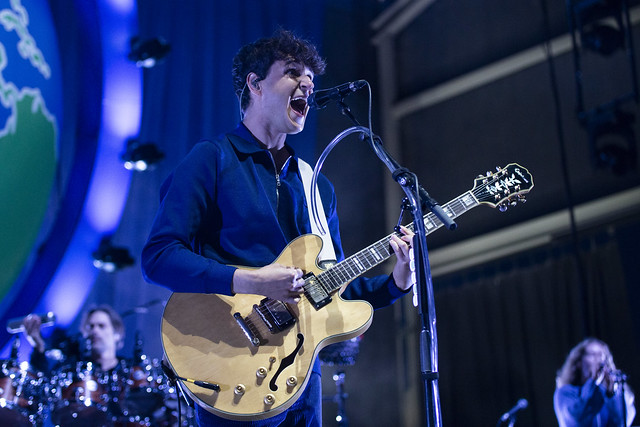 The meat and potatoes of Vampire Weekend’s performance came towards the back  nine of the set, as the band gave Milwaukee a one-two punch with back-to-back performances of two of its biggest hits: "Cousins" and "A-Punk."

Two tracks that rightfully could have been saved for the encore, Vampire Weekend treated the crowd with the big singles from its first two albums, "Cousins" from the sophomore album "Contra" and the latter from the group's self-titled debut.

Although the Pavilion was packed with fans who appreciate hearing the band’s new album and B-sides as much as the commercial hits, the combo made for a big moment of the night. 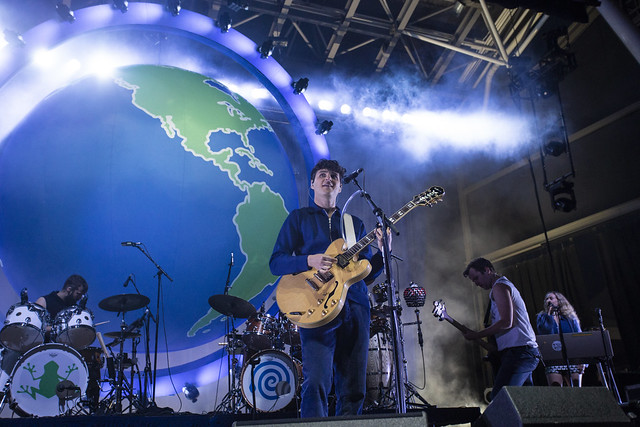 With some assistance from a talk-box, Koenig started to close out the band’s main set with a standout performance of the "Father of the Bride" track, "2021." The track lasts just 98 seconds on the album recording, but the indie rockers extended the track for their live show – another bonus for the already great concert.

In "2021", Koenig sings "2021, will you think about me?" He may get his wish as his Milwaukee fans will certainly remember Saturday’s performance for years to come. 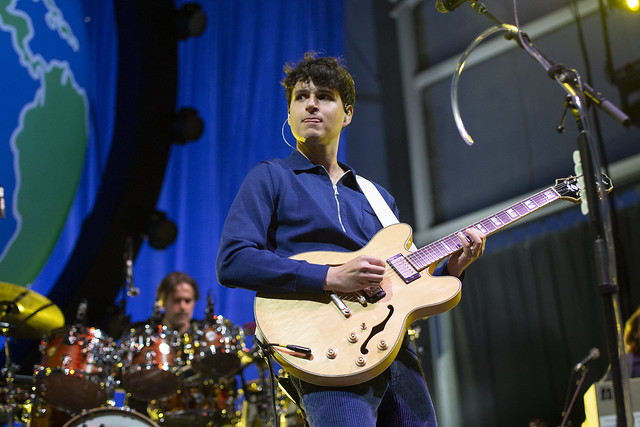 Vampire Weekend delivered not one, not two, not three, but six tracks for the evening's massive encore performance. The band performed tracks new and old in its encore, including "Stranger," "Ottoman," "Jonathan Low," "Worship You," "Ya Hey" and "Walcott."

Beginning the encore with a brand new track and ending the night with a song from the band's 2008 debut, the encore performance alone was worth the price of admission and was an excellent sample of the great concert it followed. Fans in Milwaukee already can’t wait for Vampire Weekend’s return.