The Vermont will soon disappear from the Downtown landscape

Another remnant of old Milwaukee will soon disappear from the landscape as workers begin to deconstruct the four-story, 16-flat Vermont, 610 E. Mason St., to make way for Northwestern Mutual's 33-story, more than $100 million development that will occupy nearly the entire block.

Another remnant of old Milwaukee will soon disappear from the landscape as workers begin to deconstruct the four-story, 16-flat Vermont, 610 E. Mason St., to make way for Northwestern Mutual’s new 33-story, more than $100 million development that will occupy nearly the entire square block between Jackson, Van Buren, Mason and Wells Streets. 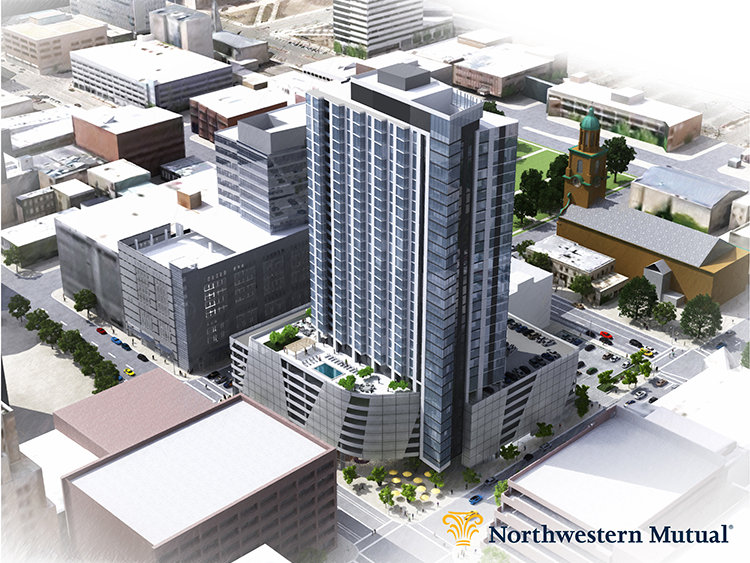 The Vermont block of flats – owned by Northwestern Mutual – will likely be gone by March, when construction will begin in earnest on the site. If you’ve passed by you’ve certainly noticed some preliminary work already underway.

Some details of the new project – expected to be complete in spring 2018 – can be found here.

The lovely Queen Anne block of flats called The Vermont was constructed in 1898 for Dr. Lewis Sherman, who lived in what the Milwaukee Journal later called a "square, dignified, dark green house" at 604 E. Mason St.

That house was built in 1840 by lawyer Charles Lynde for himself and new his bride, but when Lynde’s steamer went down in Lake Erie, the house sat empty for a year until his elder brother arrived from New York to occupy it.

Later, it was home to Abner Kirby, who owned Kirby House, one of the city’s oldest hotels, at Water and Mason, and then Michael Engelmann, who the paper described as "a Manistee lumberman." 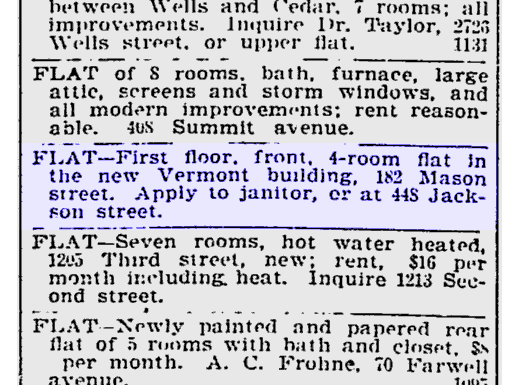 William Sherman – co-owner of Jewett & Sherman coffee and spice purveyors – bought it in 1887 and his son, the above-mentioned Dr. Lewis Sherman, moved in with his wife Getrude, who was still living there as late as 1946.

It was the younger Sherman who erected the 41x75-foot apartment building that the Wisconsin Historical Society’s architectural inventory described as an "excellent example of a turn of the century apartment building with integrity of form and appearance."

"There was later discussion in 1963 about the building being razed when sold or a new buyer keeping it up for an extra year," says Carlen Hatala of the city's historic preservation office. "We are lucky it has lasted so long. This type of apartment building hardly exists in the city." 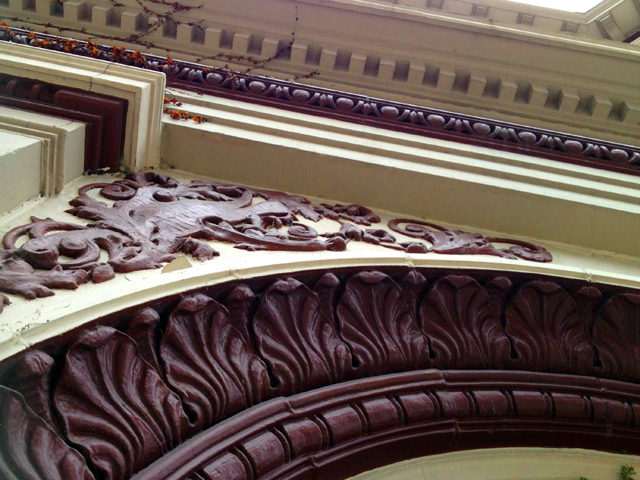