Milwaukee has no subway and it's never had one. At least not in the common usage of the word. But, recently, I got to walk the length of a Walker's Point "subway" tunnel.

Milwaukee has no subway and it's never had one. At least not in the current common usage of the word.

There was a short rail tunnel Downtown a century or so ago but that was never completed and it was just a short tunnel for trains, not for a commuter line with stations.

But one of the definitions of a subway is: "a tunnel under a road for use by pedestrians." Or a SUBterranean walkWAY. 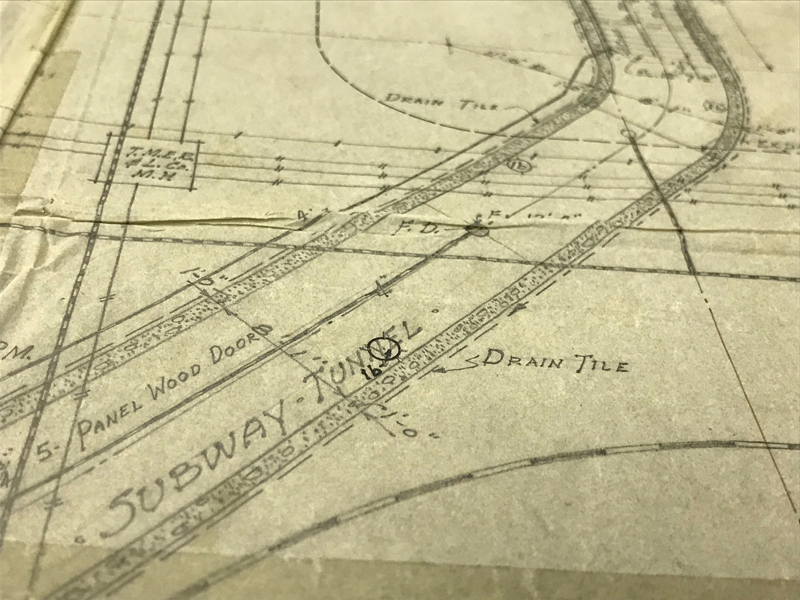 And, in that sense, Milwaukee has a few subways. Like the one that connects City Hall to the Frank Zeidler Municipal Building. 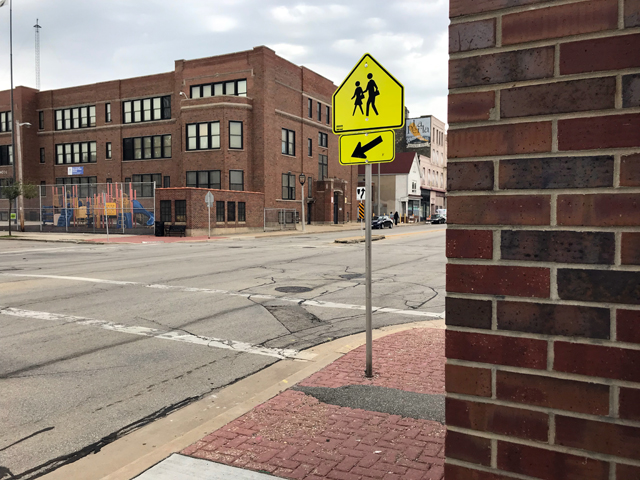 And like the one that crosses National Avenue diagonally at South 4th Street.

That tunnel, which is called a "subway" on its plans still exists, and is still in use today.

The tunnel was built in 1929 to allow student access between the playgrounds on the southwest corner, where Vieau School is located, and the northeast corner of National and 4th (then called Greenbush Street), where Boys’ Tech was then situated. The old Tech building was replaced by Bradley Tech High School, which opened in 2002. 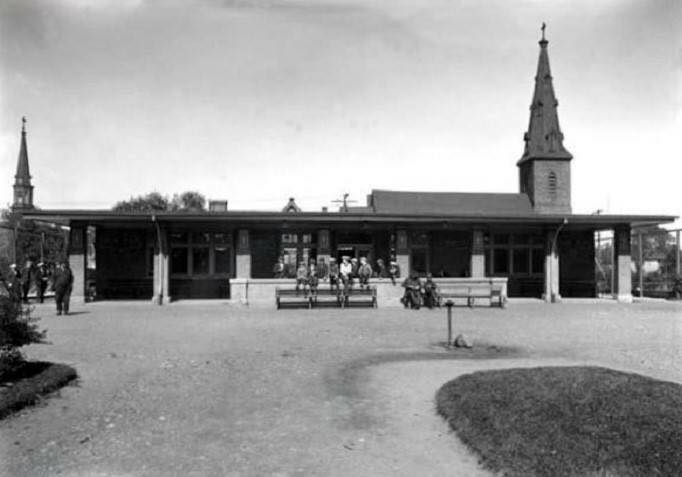 Vieau (now Escuela Vieau with bilingual and monolingual curricula), 823 S. 4th St., was built in 1894 and is one of the rare schools designed by architects Ferry & Clas (best known for their work on the Central Library, among others). 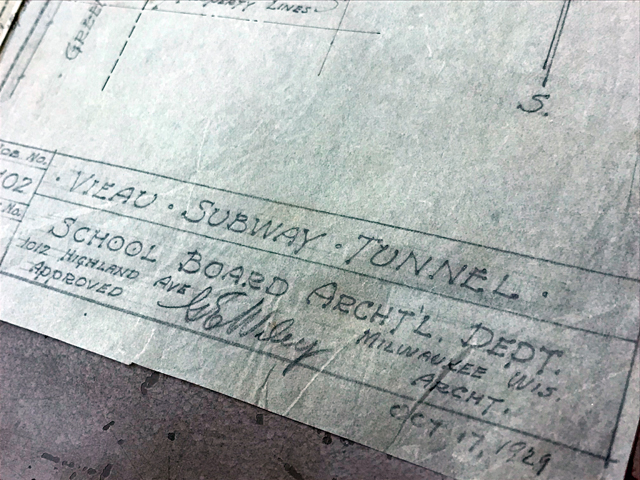 In 1929, the MPS’ School Board Architectural Department, led by Guy E. Wiley, designed an addition to the north end of Vieau, bringing the building to the sidewalk at National Avenue, and eating up valuable schoolyard space.

This occurred at the same time that MPS was working district-wide to expand playgrounds in collaboration with its Recreation Department and the City of Milwaukee Department of Public Works, which had a Playground Division, led by Commissioner R.E. Stoelting and his playground engineer Gilbert Clegg.

This led to the plan to build the tunnel to allow students to safely make use of the existing schoolyard and field across the street at Tech.

"A subway under National Ave. at Greenbush St. to connect the Vieau School with the playground across the street will be built as soon as possible," reported the Milwaukee Journal on Aug. 31, 1929. "The buildings committee of the school board Friday night directed the architectural department to proceed with the work at once. The cost is estimated at $20,000.

"The school buildings occupy the entire site, leaving the children no place to play except the area across the street, given the school board by the city park board. ... The tunnel is necessary for safety."

A tunnel connecting Keefe Avenue School and Lindbergh Park was built – with no entrance buildings – in 1940.

Contracts were awarded for the project in November of that year. By Dec. 1, excavation had begun. 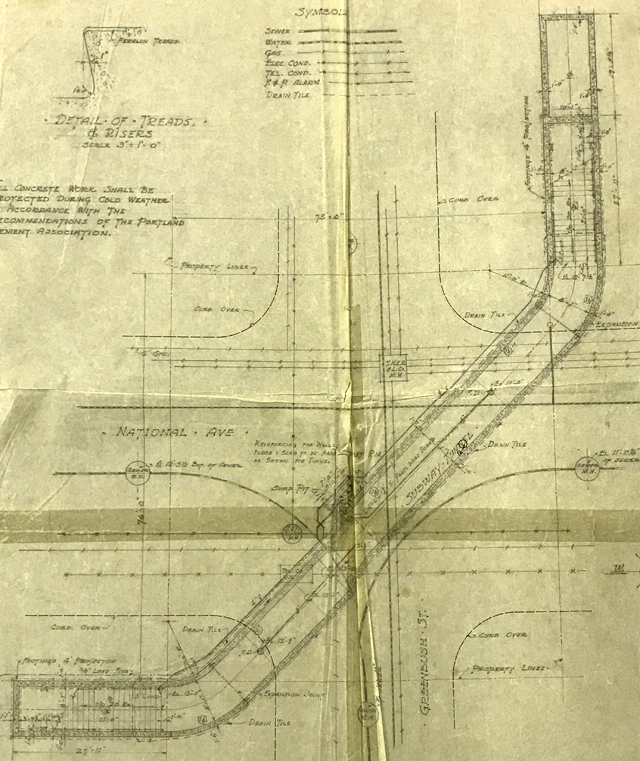 Low-slung entrance buildings were erected on each corner in the red brick trimmed with cement style that defined most of the buildings erected during Wiley’s long tenure. Think Fernwood, Neeskara, Garden Homes, Franklin, Sherman Park, etc.

The long facades each have three windows, and the entrance is on one short side, with a pair of windows on the opposite face. 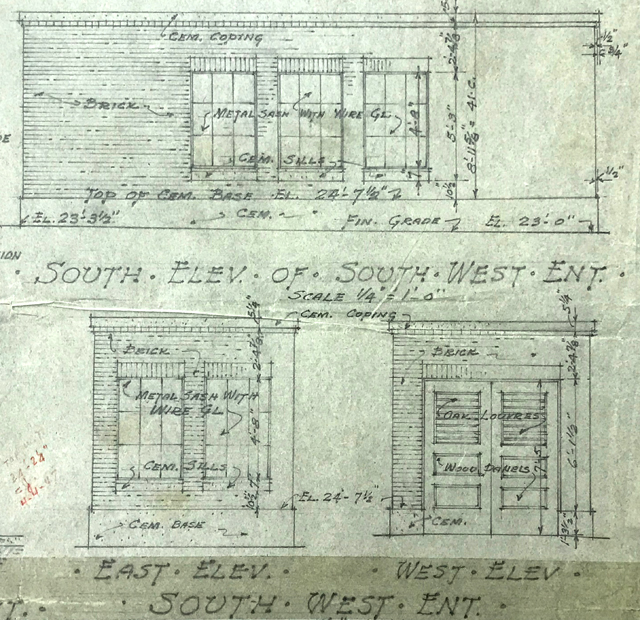 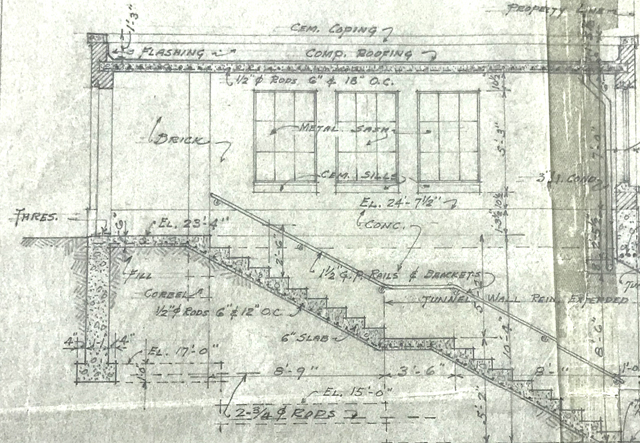 In 1930, after the tunnel was completed, Clegg and his crew did sewer work on the Vieau playground and then regraded and resurfaced it.

For decades, you've been able to see kids entering or exiting the tunnel during the school day (maybe you were one of those kids!).

Now that the land across 4th and National was reconfigured. The Bradley Tech building was built on the playground and field next to Tech and when the former was completed, the latter was torn down, shifting the field to the north end of the site, which runs as far north as Virginia Street.

But there is still a paved area with basketball courts on the corner and these days, the kids at Escuela Vieau use the tunnel to reach those.

Recently, I got a chance to walk the subway. 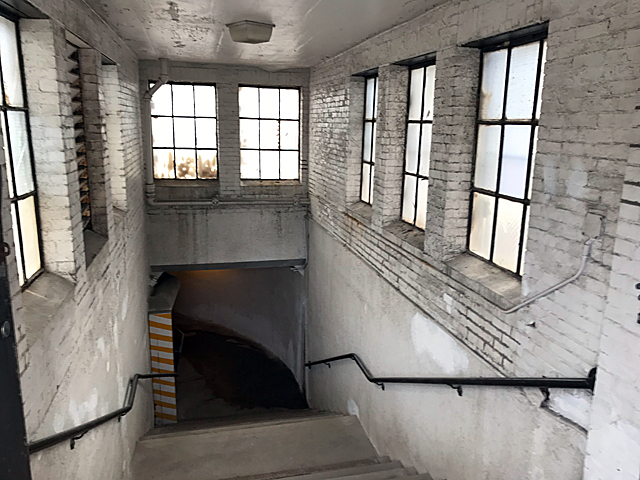 Inside the doors (which face west on the southwest corner and north on the northeast entrance) are staircases with two flights of stairs separated by a landing. At the bottom of each set of stairs, the tunnel bends immediately before making a straight, diagonal run across the intersection. 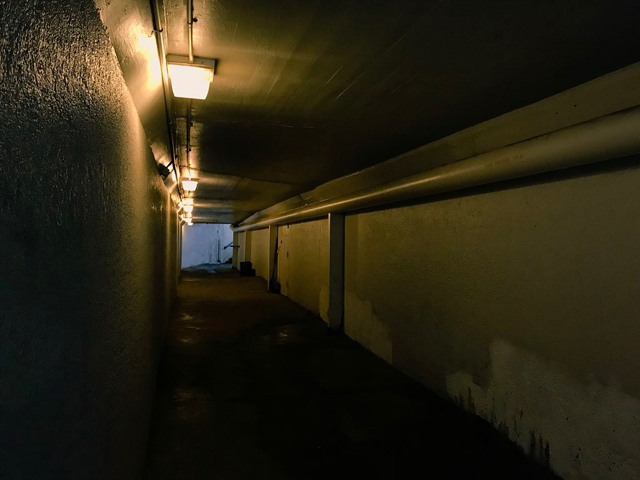 The tunnel is about nine feet wide and runs roughly 180 feet. It's made of concrete and a steam line that runs from Vieau to Bradley Tech follows the west wall. 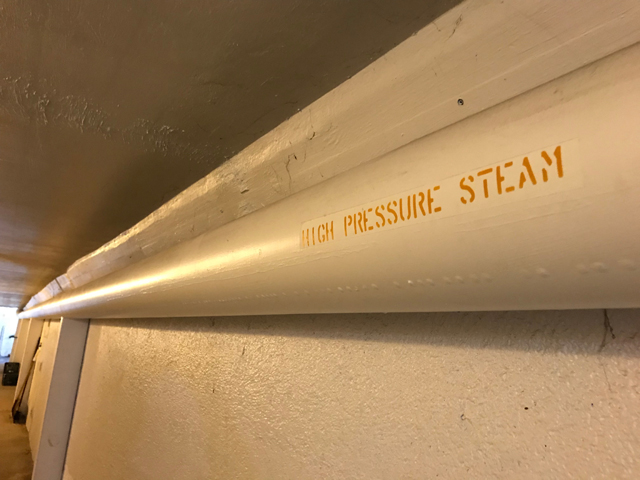 Just short of halfway from the Vieau side, there's a hump in the floor, suggesting something running right beneath there, but I couldn't tell what. A few feet further along, in the west wall, is a small wooden door that opens to reveal a sump pump, which works with a drain tile system to keep the tunnel dry, though there is some seepage. 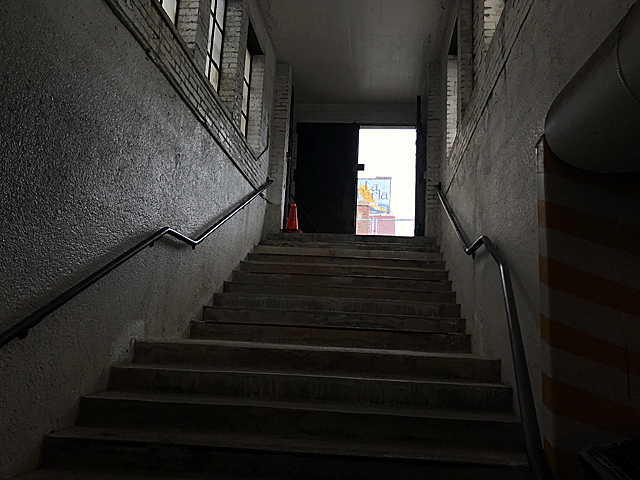 Because the subway is still in use, it's clean and lighted, and there were no signs of fauna down there when I walked it a couple times.

But while I was there, some of the engineering staff from the schools told me about another tunnel in a district school, so stay tuned as I work to get inside that one and share it with you, too.