The Villard Avenue BID #19 and the City of Milwaukee hosted a community design and development charrette to gather ideas and opinions on future uses of neighborhood buildings, sites and streets, including the former Villa Theater, built in 1926.

Recently, the Villard Avenue BID #19 and the City of Milwaukee hosted a community design and development charrette to gather ideas and opinions on future uses of neighborhood buildings, sites and streets.

The Villard Avenue district, with a population of 17,660, is located in the former North Milwaukee, annexed to the City of Milwaukee in 1928, between Teutonia Avenue and Sherman Boulevard. 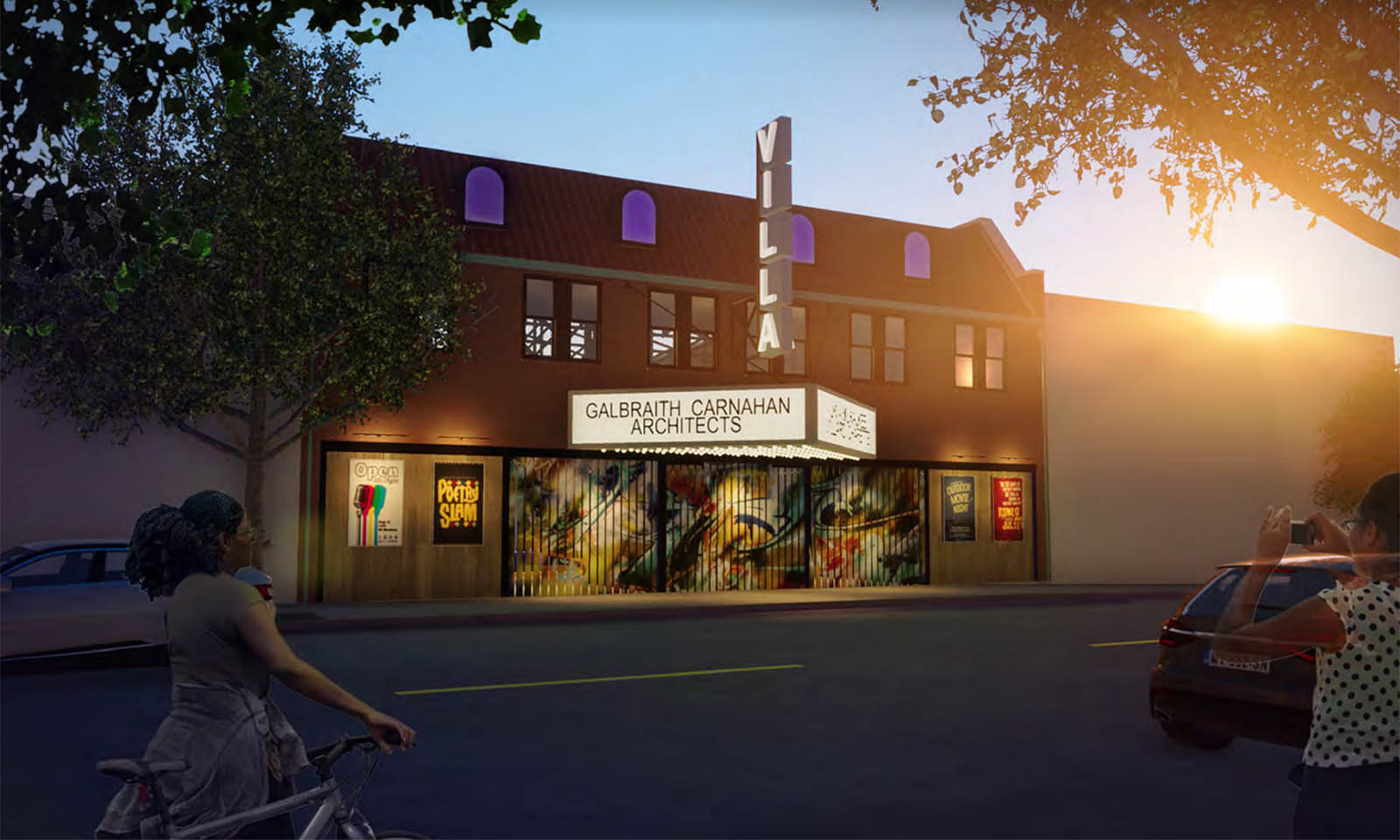 The neighborhood, where Milwaukee Public Library built its first mixed-use branch development, creating a blueprint for other area branch library projects, is also home to the North Milwaukee Art Haus – which is being built into the old North Milwaukee Town Hall and Fire Station – and the new Villard Commons retail and residential development.

There is a plan afoot to build apartments in the former Edison Middle School nearby and this month a series of murals is being painted along Villard Avenue, too.

There is some great vintage building stock in the neighborhood and the charrette looked at a number of those structures, but the one that really caught my eye was the former cinema called, at one point, The Ritz, and, later, the Villa Theater.

I toured the theater, now owned by the City of Milwaukee, and wrote about it a few years ago.

Galbraith Carnahan Architects have drawn a plan to convert the long-vacant theater – built in 1926 – into an outdoor theater with adjacent parking.

"While its outside structure has remained in relatively good condition for a building its age, the interior is quite deteriorated with rot and mold," the charrette report notes. "Galbraith Carnahan estimates that it would cost approximately $2.75 million to fully restore the theater, with operating expenses costing roughly $120,000 per year.

"The likelihood of finding a business or nonprofit partner that could accomplish a project of such magnitude is small, and the search for such a partner could take multiple years during which the theater would continue to rapidly deteriorate. In addition, it was felt that the neighborhood needed something significantly more unique and spectacular than a traditional theater."

The plan would remove the interior of the building and its roof while retaining its facade and exterior walls, including the marquee, to create an enclosed open-air theater.

"There are many precedents of similar outdoor facilities around the world," the report says. "Such a flexible, outdoor facility appeals to many different audiences and operating partners. Likewise, the informal nature of an outdoor theater adapts well to a variety of uses, such as movie screenings, Shakespeare plays, children’s theater, musical performances and spoken word sessions.

"The design for this proposal is achievable and can be realized in several years with the right team, funding and partnerships."

Sharpe, who took part in the idea-generating portion of the charrette, supports the plan.

"I love it," she says. "The community chipped in on their thoughts with the theater during community visioning sessions and they didn’t have any specifics, they just wanted to see it be reopened in the neighborhood.

"It’s really the only way to preserve a portion of it (the facade) because it actually it’s in pretty bad shape and needs to be completely rebuilt. We just released the charrette yesterday so we will find out shortly what else the people have to say."

The next step, Sharpe says, is to sit down with the Department of City Development, which controls the property and is charged with selling it, to create a Request for Proposals and get it out to potential developers. 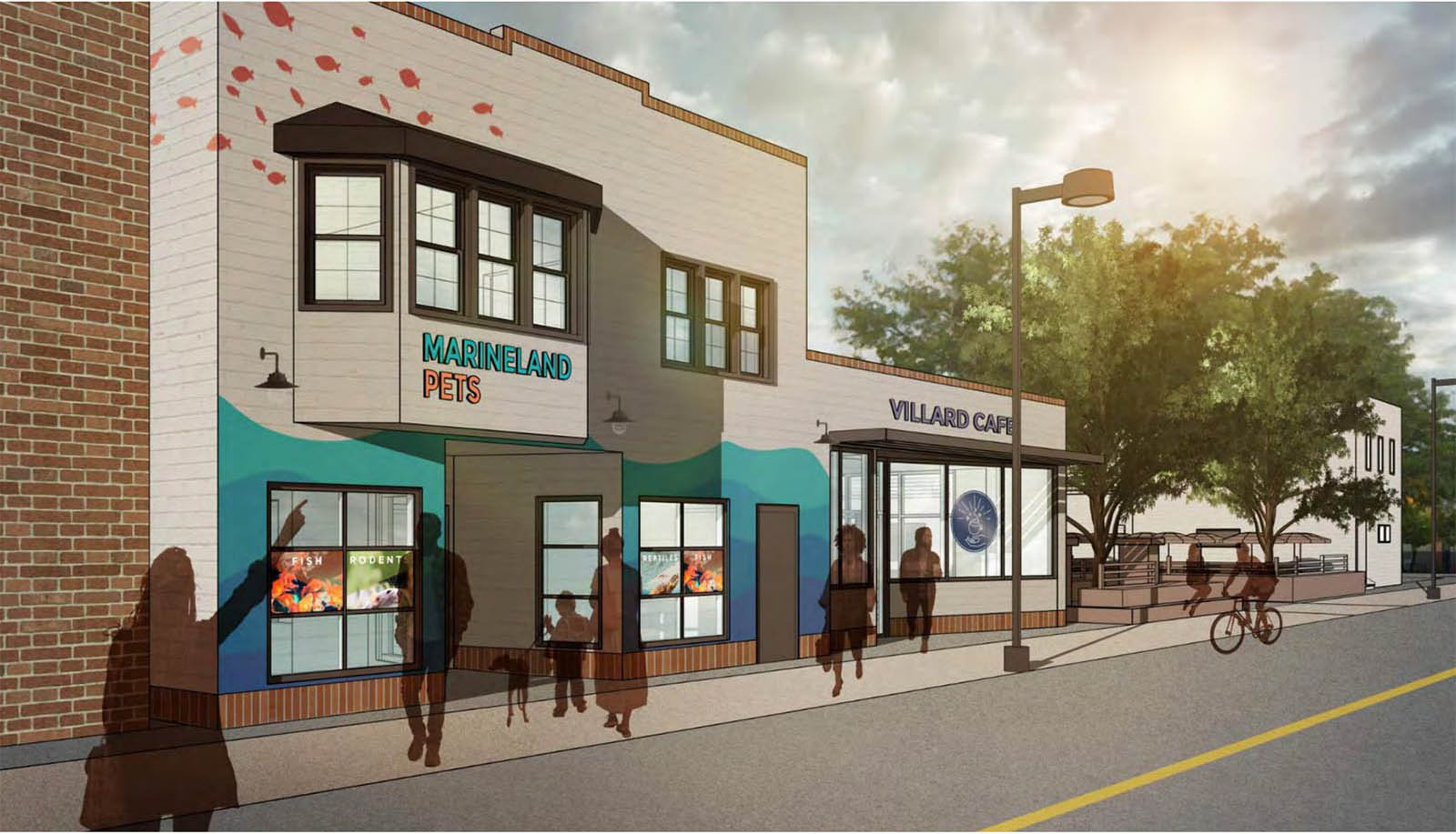 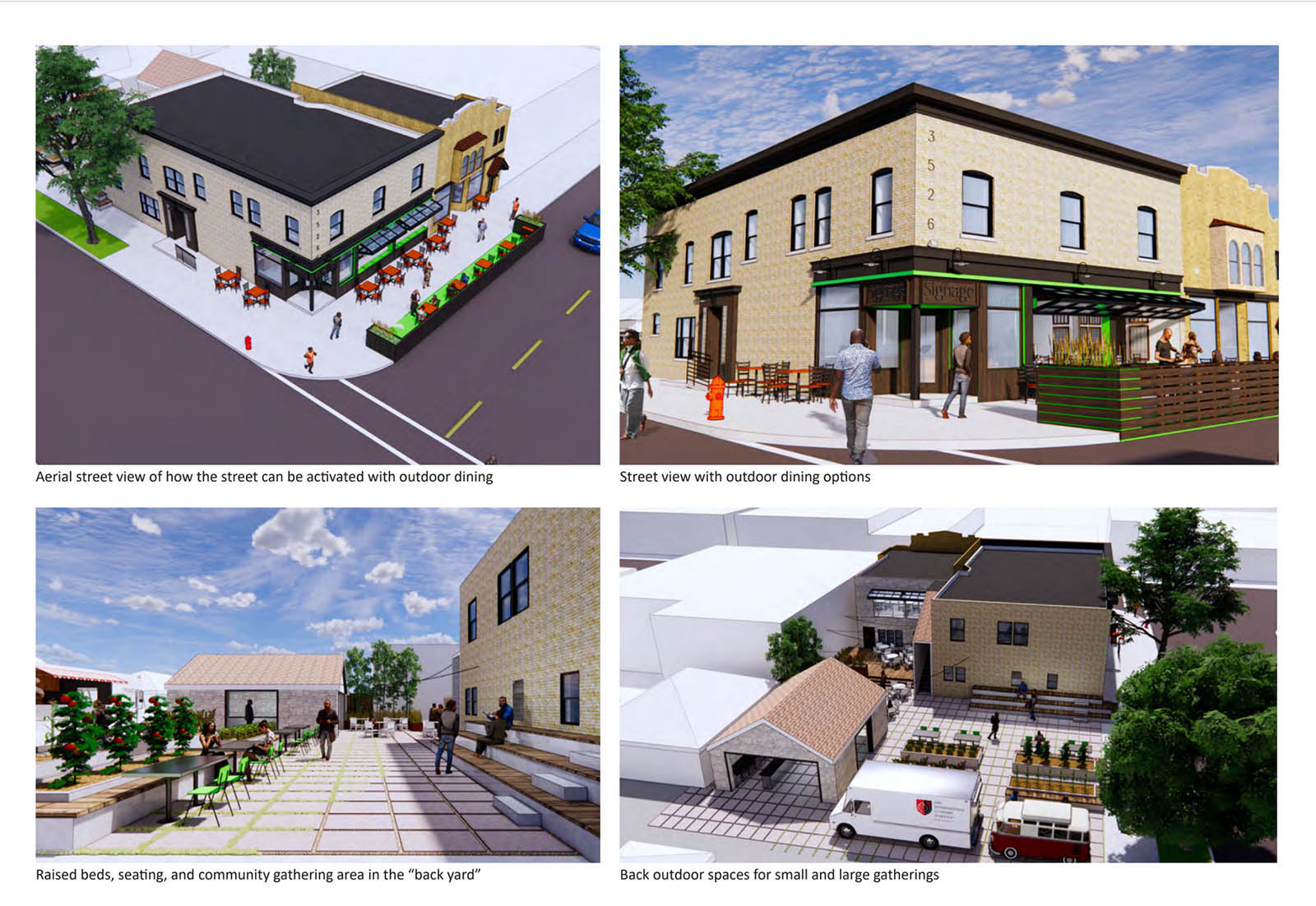 The report also proposes ideas for the old Villard Library site, as well as other retail properties. Among the ideas are a food hall, cafe, co-working space, salon, daycare and other businesses.

Sharpe is excited by what’s going on in the Villard Avenue neighborhood.

"I am beyond excited about Villard's future," she says. "With the theater being a very aged 94-year-old theater, we had to get creative and innovative, but I love what we were able to come up with.

"We are expecting to have some conversations with the City Department of Development regarding RFP creation to get these bad boys out there and into the hands of developers and investors."