On Saturday, Nov. 5, the Archdiocese of Milwaukee swings open the doors to four parishes around Milwaukee to welcome the community in for behind-the-scenes tours and more. We're writing about all four parishes before the event. Today, we visit All Saints, 4051 N. 25th St.

On Saturday, Nov. 5, the Archdiocese of Milwaukee swings open the doors to four parishes around Milwaukee to welcome the community in for behind-the-scenes tours and more. We're writing about all four parishes before the event.

The building is an interesting one with an exterior that doesn’t really capture the beauty of the church inside. 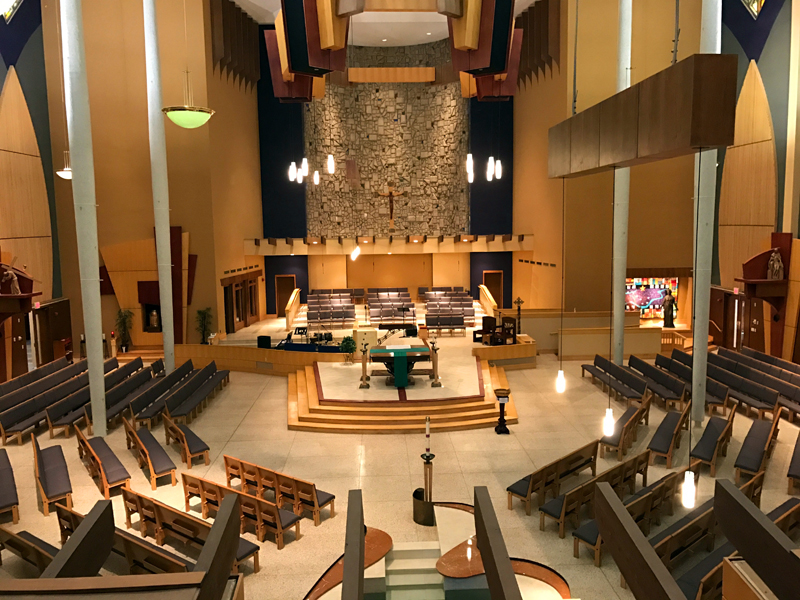 The fortress-like contemporary box was built in 1960 and designed by architect Robert Herbst who included five diamond-shaped window openings on the north and south sides of the buildings and three on the east facade above the entrance, but all the way up at the top, creating a zigzag pattern along the roofline.

On the 26th Street side, there’s an apse and on the opposite end, above the main entrance is a towering stained glass representation of St. Agnes, that during the day feels almost invisible. However, at night, when lit from behind, I bet it makes for a stunning image. 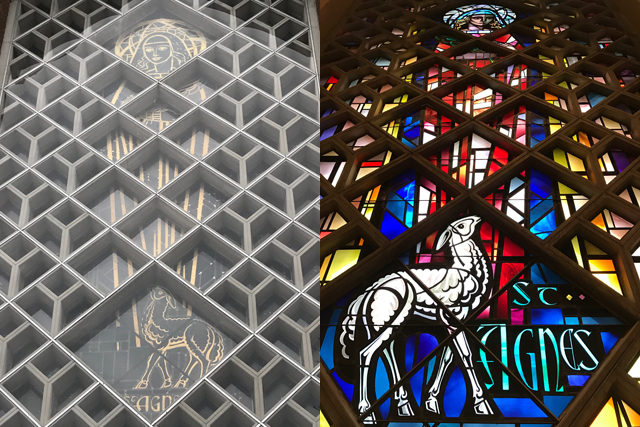 Inside, the church is a revelation. What seems like it would be a dark box from the outside is actually flooded with light during the day and, seen from the other side backlit by the sun, that towering saint window is, indeed, stunning.

At least some of the credit for the lovely interior goes to architects Paul Barribeau, of Cedarburg's Groth Design Group and parishioner Marty Kleiber, of Kahler Slater Architects, who, in 2007, led a $2.8 million renovation of the interior of the church, painting it in vibrant colors and adding new details, including some that recall African masks. 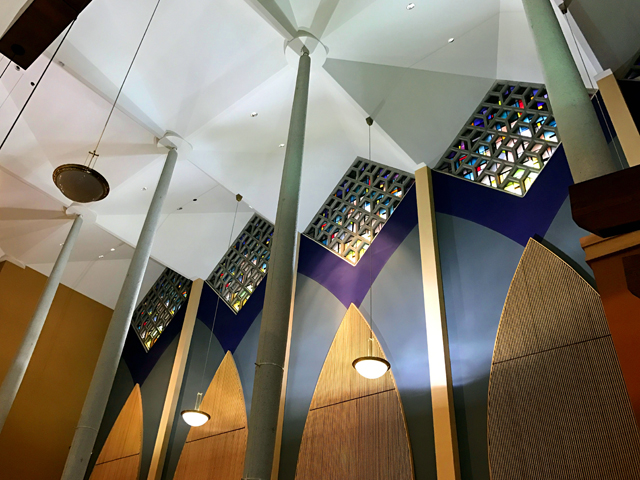 The renovation was meant to make the new All Saints parish feel more at home in the building. This was a much-needed step, because All Saints was – along with St. Martin de Porres – one of two parishes created on the North Side after the archdiocese shuttered a number of neighborhood churches.

"On Nov. 1, 1994 two parishes, All Saints and St. Martin de Porres, were created in the inner city. For a time All Saints was known simply as ‘parish west’ and St. Martin de Porres was known as ‘parish east’ while logistics and names were still under discussion," said Amy Nelson, associate director of archives for the Milwaukee Archdiocese, in an email. 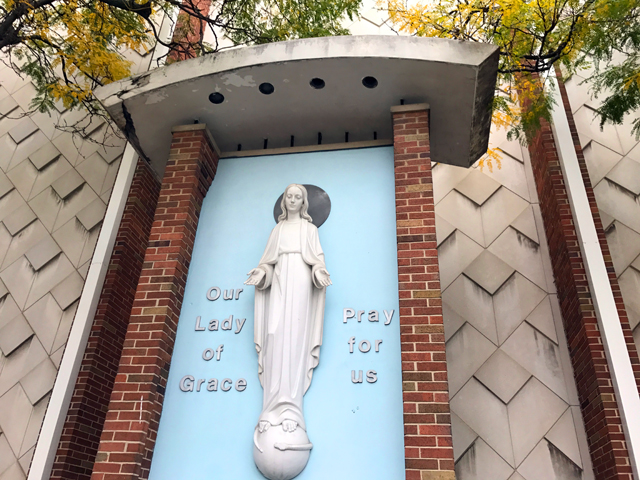 The parishioners at All Saints have had to work hard to come together as one.

"We twinned [parishes] for a while," says Cecilia Smith-Robertson, the church’s faith formation director. "That was the beginning. [Parishes] were collaborating. Then, they decided to close [the parishes]. We were the first and it was all at the same time. We lost a lot of people.

"We tried everything we could to talk about the best way to keep the churches open. They said it had to do with lack of evangelization. They said membership was dying. There wasn't a lot of new members. The other thing was money." 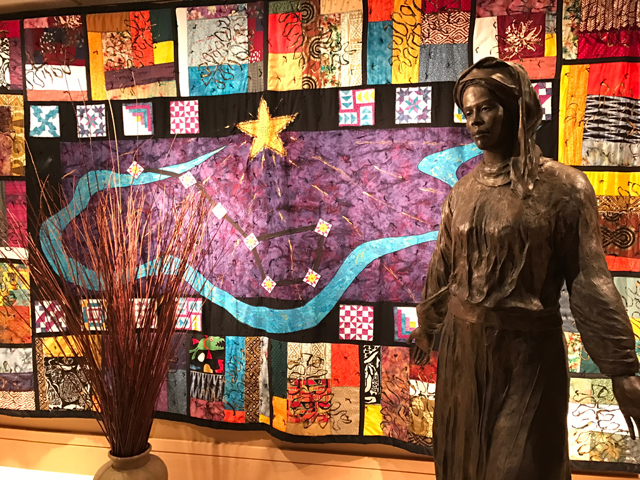 But now, two decades later, says Smith-Robertson, All Saints is a unique congregation with a style all its own. She estimates about 10 percent of the congregation were members during the St. Agnes era.

"No matter where you go in the world the liturgy is the same but things are different culturally," she says. 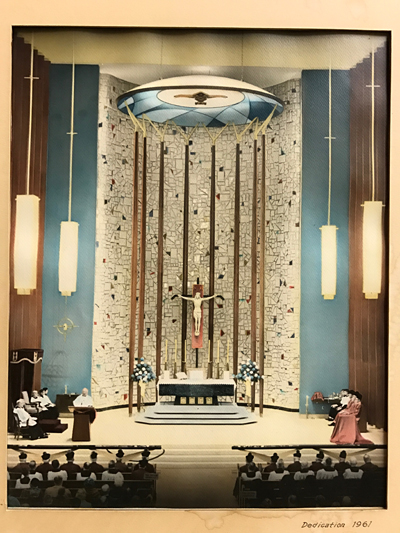 Nowadays, the old, traditional baldacchino that once graced the altar (pictured above in a 1961 photo) was replaced in the 2007 renovation, and a couple nooks hold a colorful African tapestry and beautiful sculptures of African saints, carved by sculptor Wiktor Szostalo, who has studios in St. Louis and in Poland. 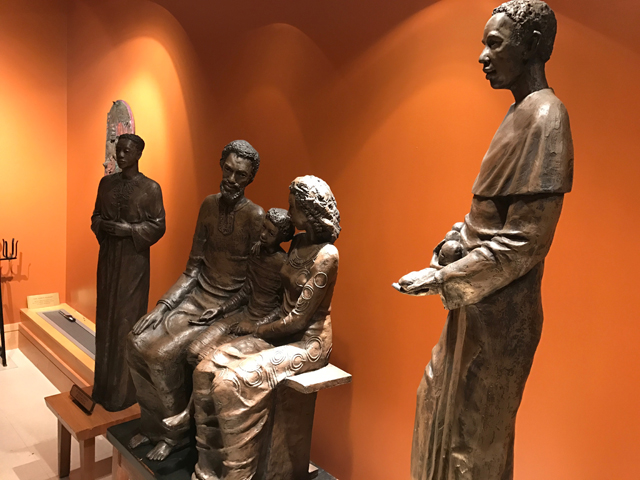 The altar has been brought forward into the congregation and the pews are arranged in a welcoming communal style. There’s plenty of room on the altar now for All Saints’ respected and renowned gospel choir, and its weekly performance during services makes Mass at All Saints unlike devotions you’ll hear in most other Archdiocese churches.

Also unique is the baptismal font that’s right inside the entrance to the sanctuary (pictured below). This is not a marble stand with a bit of holy water in a carved bowl at the top. This is the size of a small wading pool because at All Saints baptisms are done by immersion. 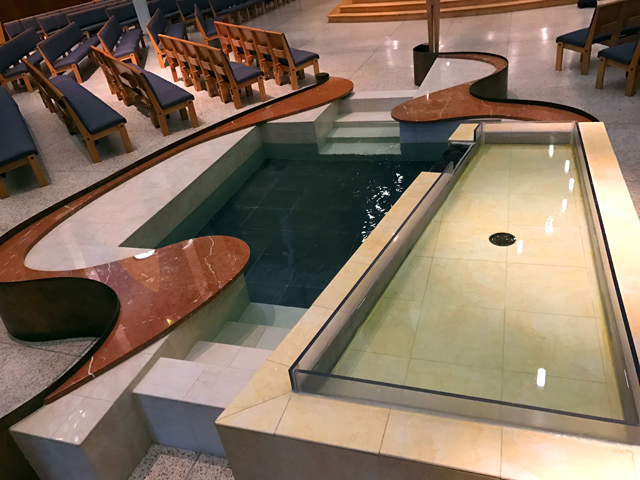 "This is not foreign," says Smith-Robertson. "It's just a way of worshiping God, just in a different way. This is who we are. That's why we wanted to do more things in the hall and talk about diversity (at the VIP event). We are very diverse.

"(At VIP), we're going to have a world map in the hall and show where our different parishioners come from throughout the world. Right now we have about 16 countries represented from Africa. We're very blessed."

In addition to a tour of the church – including an explanation of the baptismal font and the immersion baptism at All Saints – at the VIP event, the church’s well-known gospel choir will perform at 11:30 a.m., and there will be a multicultural fair all day during the event in the hall below the sanctuary. 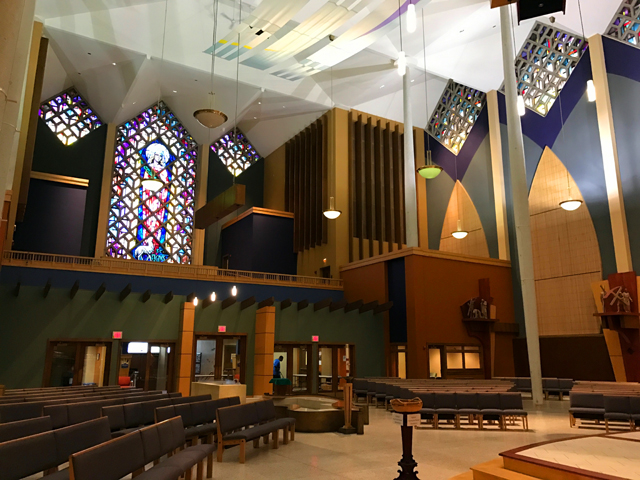 When you visit, you might notice some other buildings in the complex. The rectory, connected to the church, remains part of All Saints. But the schoolhouse, a little further north, was sold to another religious community when St. Agnes closed. It will not, therefore, be part of the tour.

Complete details of all four churches taking part in the VIP event are here.

Read my story about Saint Bernard Parish in Wauwatosa here, about Our Lady of Guadalupe here and about Bay View's Immaculate Conception here.