The amenities are only part of the story for the forthcoming North Avenue Market. In fact, itï¿½TMs the vision and passion of founder, William ï¿½oeChrisâ Harris-Wimsatt, which makes the venue such a compelling addition to the surrounding East Tosa, Uptown Crossing and Washington Heights neighborhoods (and beyond).

Milwaukee’s vibrant dining scene is filled with venues that contribute to the vibrancy and charm of our beautiful city.

That includes forthcoming projects like the North Avenue Market, a food hall and  community space slated to open in spring of 2021 at 5900 W. North Ave. It’s a venue that promises a variety of new dining and retail experiences, live entertainment, indoor and outdoor seating areas, a well-curated bar and a convenient drive-thru window where folks can grab anything from a coffee to a multi-course feast for the family.

But the amenities are only part of the story for the North Avenue Market Hall. In fact, it’s the vision and passion of founder, William "Chris" Harris-Wimsatt, which makes the venue such a compelling addition to the surrounding East Tosa, Uptown Crossing and Washington Heights neighborhoods (and beyond). 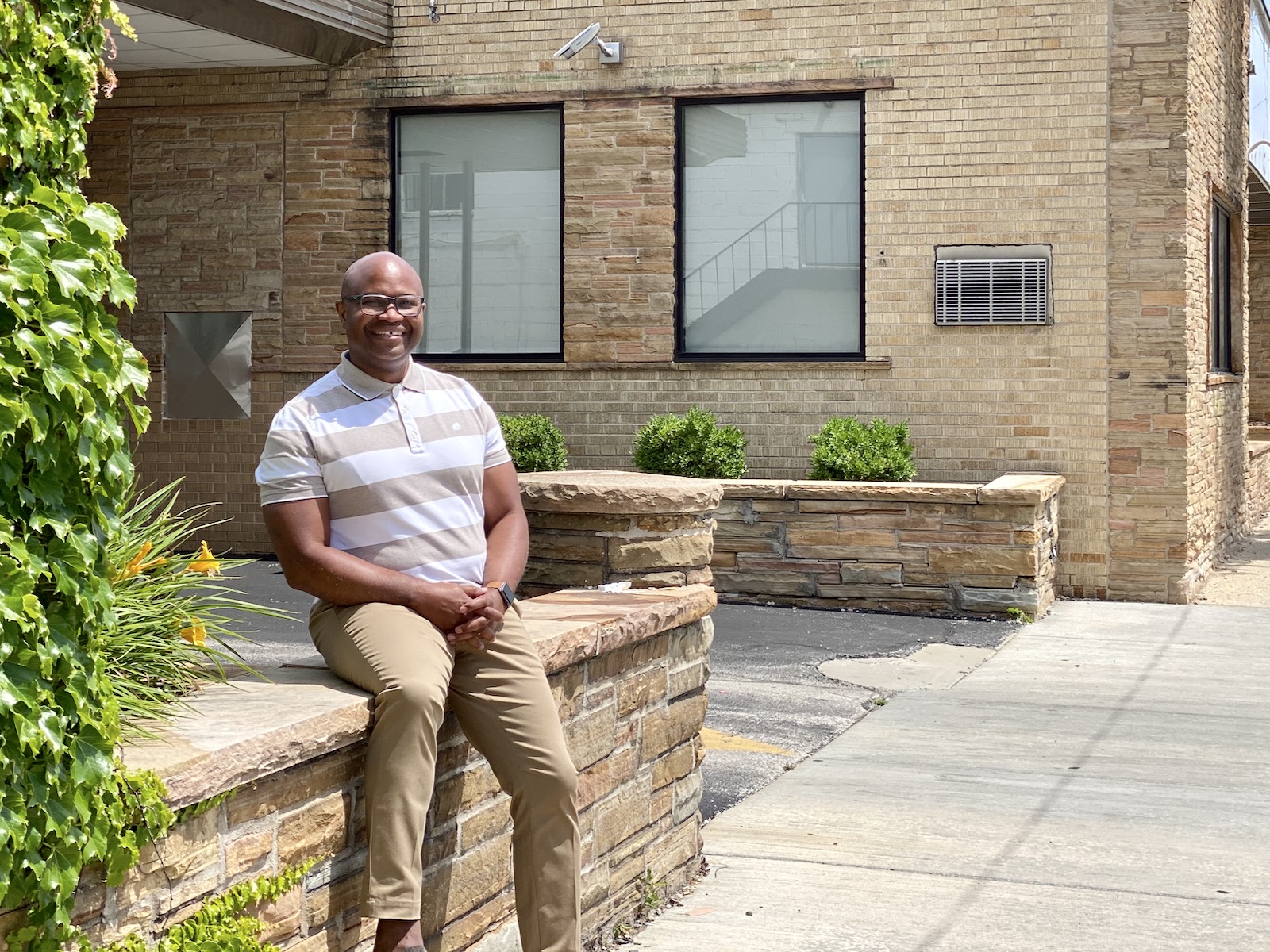 Learning the value of community

Born and raised in Raleigh, North Carolina, Harris-Wimsatt’s childhood was far from ideal. Raised in an impoverished household, he experienced not only neglect, but multiple episodes of physical and sexual abuse.

His mother, who struggled with alcoholism, often disappeared for weeks on end, leaving him to fend for himself. Meanwhile, Harris-Wimsatt was exposed to the trauma which often accompanied her series of abusive relationships. At age 11, he even reached the point of attempting suicide.

During those years, he says, he found a safe place in the local Boys and Girls Club. Thanks to their programming, support and mentorship, he says he was able to navigate his troubled childhood, graduate from high school and go on to pursue a degree in business administration from East Carolina University as well as a master’s degree in human resource development from Webster University.

"To say the Boys and Girls Club saved my life isn’t an understatement," says Harris-Wimsatt. "It didn’t just save my life, it gave me a life."

And it was a life rich with experiences. Harris-Wimsatt joined the U.S. Air Force, where he worked his way up to executive officer, served as an ROTC educator and eventually an Air Force Academy liaison. From there, he held several successful positions in corporate America and served as the director for the Seita Scholars Program, which provides support and scholarships to youth who've been in foster care. After nearly a decade of service as a member of the Boys and Girls Club board, Harris-Wimsatt was ultimately recruited to serve as CEO for the Club in Kalamazoo, Michigan.

On a personal level, Harris-Wimsatt says he also developed a passion for giving back. That took the form of youth leadership as well as a commitment to fostering young people in an effort to prevent them from having the experiences he’d had growing up.

"It takes a village to raise a child, so I built a community of support for the children in my care," he says, noting that over the past three decades he has fostered over 20 young people aged 10 and older and is an adoptive parent. His children currently range in age between 12 and 42.

Little did he know that all of these experiences would eventually lead him to create a safe, inclusive community space on the West Side of Milwaukee.

From coffee shop to food hall

While living in Michigan, Harris-Wimsatt also found his life partner. His relationship with Will Morse began with an online connection and was fostered through a long-term long-distance relationship. But, as their relationship progressed, Harris-Wimsatt made the fated decision to leave his position at the Boys and Girls Club and join Mark in Milwaukee.

As the two discussed the move and Harris-Wimsatt contemplated the next steps in his career, he realized he was at an impasse.

"I’d worked in academia and corporate jobs," he says. "And I’d worked in nonprofit leadership. But nothing related to those things called out to me. So I ran through my bucket list and realized that what I really wanted was to create a neighborhood space that would build community, to connect people and give them a place to be creative, to gather and to reinvigorate themselves."

The two discussed the potential of opening a bed and breakfast, but quickly realized that it would require Mark to give up his career as well. So plans turned to opening a neighborhood coffee shop.

The two men sought out local realtor David Glazer, who helped them to zero in on potential properties in the Washington Heights area. When the bank property at 5900 W. North Ave. came into view, Harris-Wimsatt says the idea of a neighborhood shop with drive-thru service had a great deal of appeal. So, they took Glazer up on his offer to show them the space.

"As we looked, we realized it was much larger than what we needed for a simple coffee shop," he says. "And we also recognized that there was so much more that could be done with the space."

It was then that he shifted his thinking and plans to the creation of the North Avenue Market Hall, a community hub that would accomplish the vision he had for his neighborhood coffee shop, but on a larger level.

As he researched, he became inspired by bits and pieces he found in places like Crossroads Collective, the Sherman Phoenix and the Milwaukee Public Market. And he says he found his calling in the notion of creating a place that could promote diversity and inclusion while showcasing the talents of a variety of individuals in the city.

"Working for corporate America, I often look at the board of directors at a given company to see if there is someone to whom I can relate as a gay, Black man," says Harris-Wimsatt. "I often don’t find anyone."

"I want the Market Hall to be different. I want everyone to find a component here that they can relate to. Whether you are LGBT or in a wheelchair… whatever your race or ethnicity, we want everyone to see this as a welcoming space."

He pulls out a photo of "Jazz from the Cellar," a piece of art by Ernest Watson depicting a scene from Garleen’s Jazz cellar in which people from all walks of life gather together to enjoy the music of a jazz band. 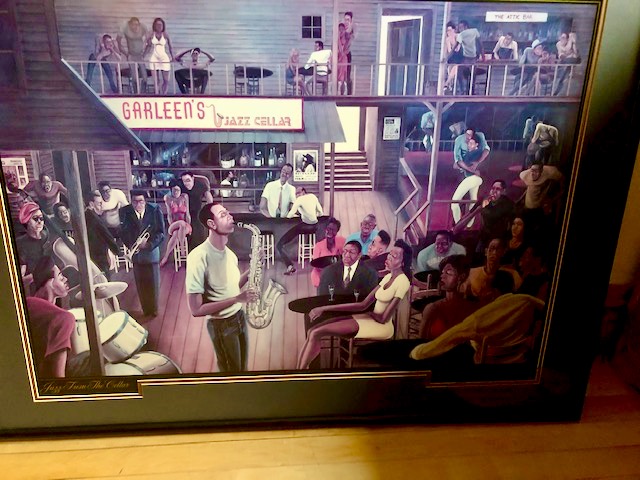 "This painting inspired the feeling I want to create," he says, noting that the themes of inclusion, diversity and community will play out in every detail of the Market Hall, from the art on the walls to the vendors chosen.

"The cornerstone of the space will be the coffee shop and bar," he says. "But from there, we’re seeking diversity. We’re also seeking vendors who believe in our mission, who thrive on collaboration and who really want to be part of a community that works together."

Harris-Wimsatt says he’ll be looking for a variety of vendors for the main floor of the hall, which will also include a bar and coffee shop. Options might include a vegetarian or vegan concept, global eats (sushi, empanadas, curry, street corn), comfort food (BBQ or fried chicken), lighter fare (soup, salad) or deli style sandwich offerings. 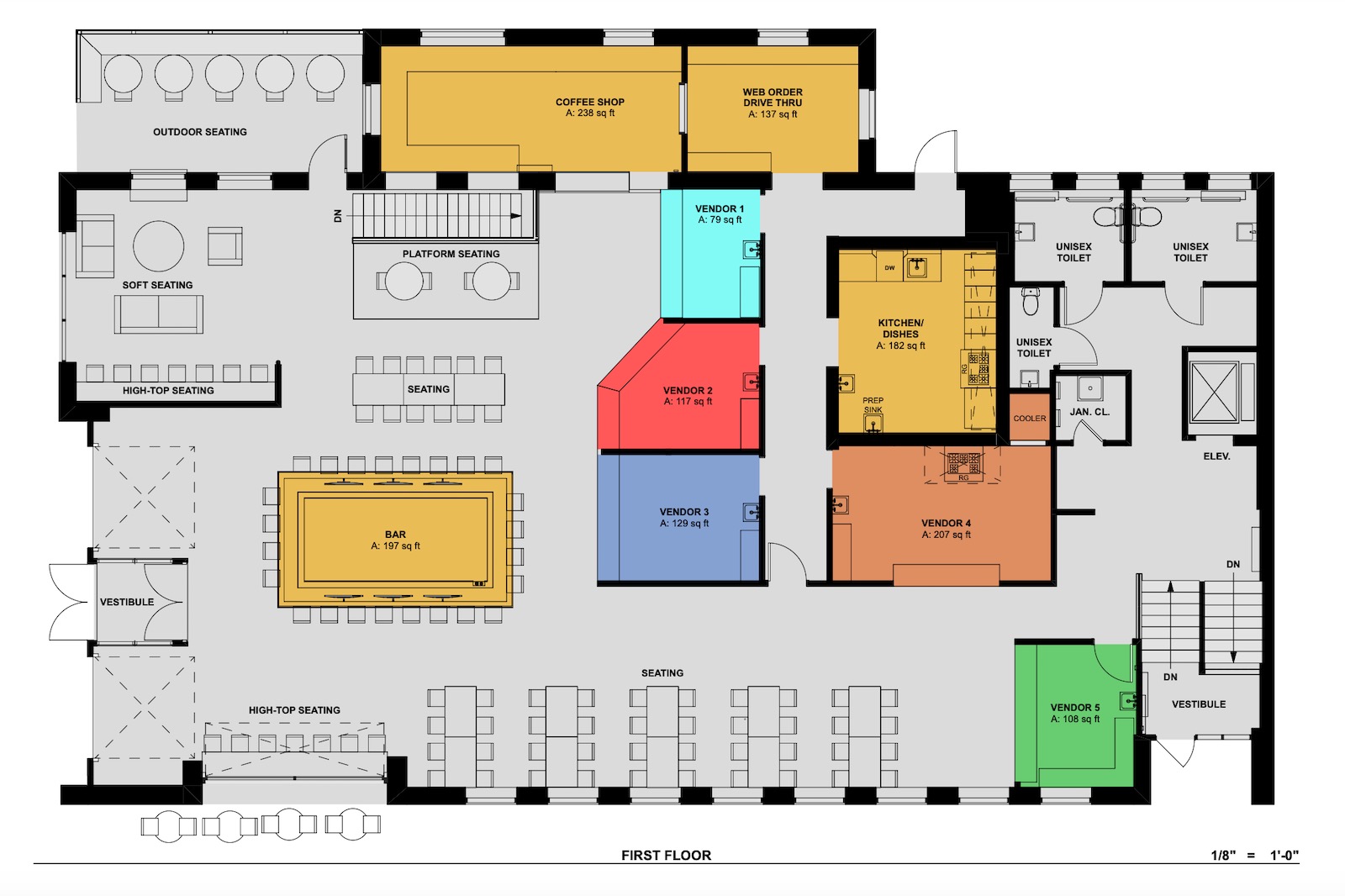 Meanwhile, garden level vendors will include up to five dessert vendors, serving items like cupcakes, custard, chocolates or popcorn; a studio space; a variety of retail tenants (from books and apparel to spices and jewelry) and potentially a vendor offering massage or various therapies. Additional food options could include a produce vendor, a street food-style vendor, a meat or cheese shop or a wine bar. 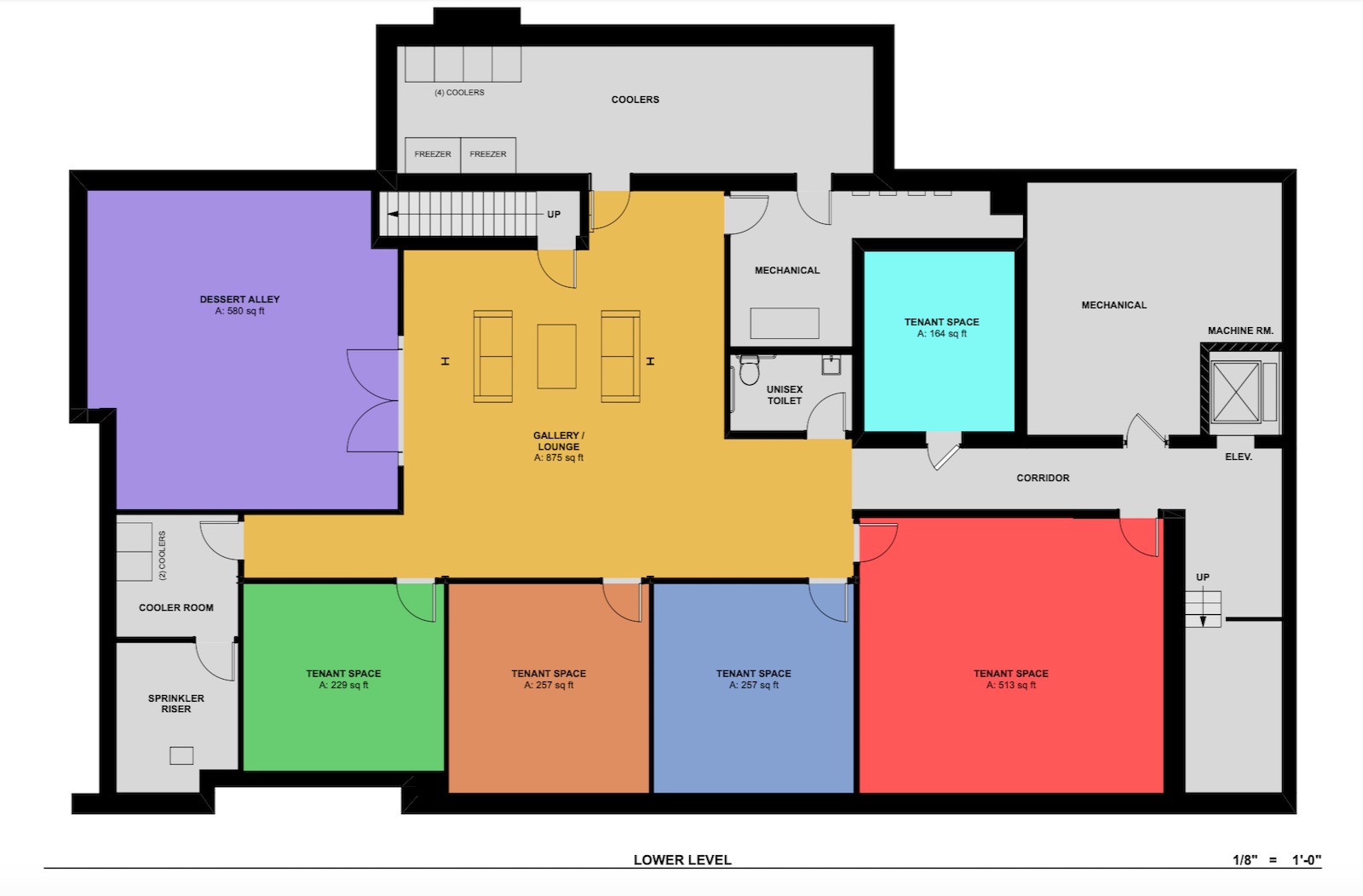 "As we move forward, we need to enjoy what we are doing, but keep our eyes on why we are here," he says. "We need to be responsible financially, but we also need to keep our eyes on the mission. We want to give people the best possible experience we can."

Interested vendors who share Harris-Wimsatt’s vision and would like more information, a tour of the space and detailed plans are encouraged to reach out to him via email at chrish@northavemkt.com. Additional information can be found in this vendor packet and at northavemkt.com.