What happens when a distillery and a roastery partner?

Until yesterday, I had always kept my booze and my coffee separate – I never cared for coffee beers or liqueurs – however, after trying the new coffee vodka at Central Standard Distillery, 613 S. 2nd St., I am in full support of the combo.

The coffee vodka, made with Anodyne Coffee's Brazil Magiano beans, has a caramel color and a lasting – but not overpowering – coffee taste. It's made by simply steeping coffee beans in the spirit for a few days.

According to Central Standard co-founder, Pat McQuillan, the unique libation contains just a trace of caffeine and works well as an ingredient in numerous cocktails.

"It is very good when mixed with anything cream based – Rumchata goes particularly well with it," says McQuillan. "Also, anything chocolate, like a chocolate martini is really good, too." 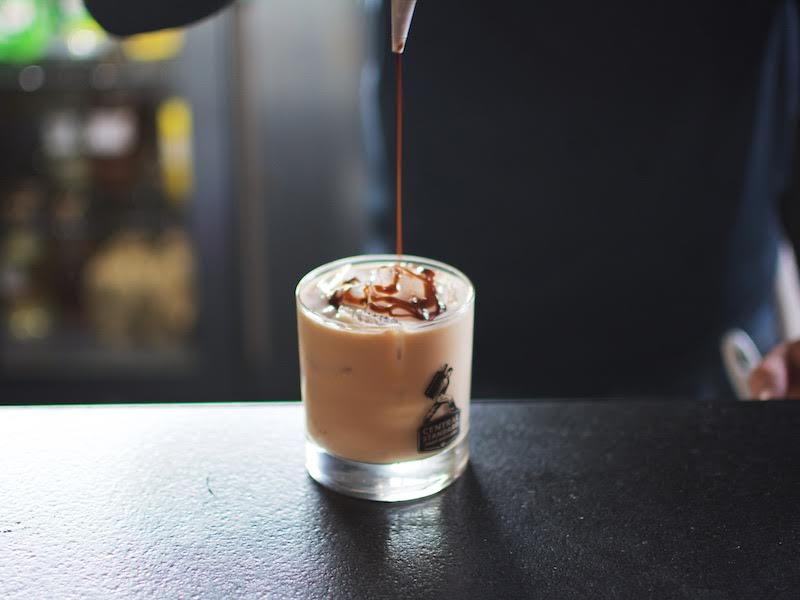 The coffee vodka, which was released at the end of 2015, is currently used in two cocktails at Central Standard: The Classy Dude, which is a take on the White Russian, and the Eye Opener, made with oatmeal stout, coffee vodka, cream and a touch of caramel.

We found both of the drinks to be tasty, particularly the Classy Dude, which doubles as a cocktail and a dessert. The Eye Opener was a bit lighter and had a complex flavor that started out with the zing of the beer's carbonation and finished sweet from the caramel. 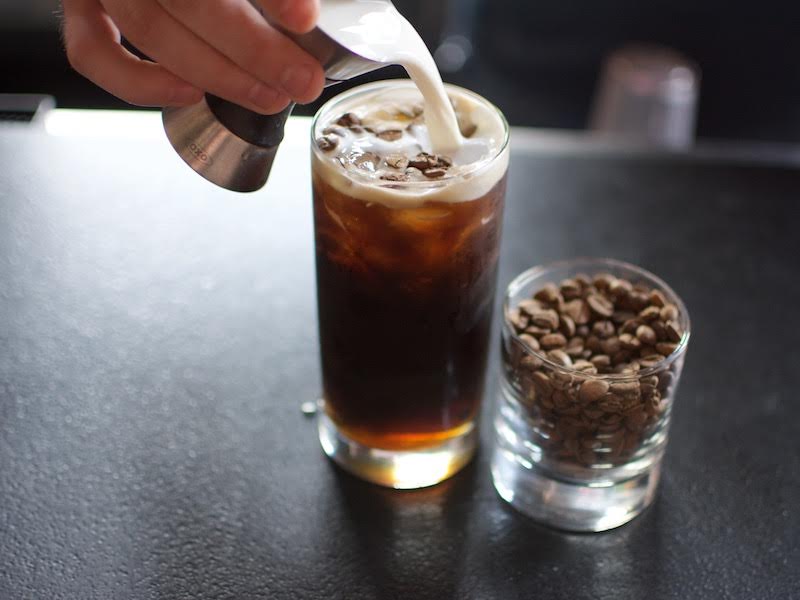 Mixologist Dan Moore created both of the drinks, which cost $8 each, and bottles are available onsite and in liquor stores for $26-$29.

Speaking of easy, how easy would it be to dribble a few drops of this in your morning coffee? Waaaaay too easy indeed.