Take a glimpse at the exterior of the former Refuge Cafe in Bay View and you'll see a pretty impressive transformation. That's because the Voyager wine & cocktail bar in Bay View is inching closer to opening.

Take a glimpse at the exterior of the former Refuge Cafe in Bay View and you’ll see a pretty impressive transformation. That’s because the Voyager wine & cocktail bar, 422 E. Lincoln Ave. in Bay View is inching closer to opening.

Partners Jordan Burich, Chef Micah Buck and Kathryn Lochmann have been working hard for the past few months to bring the concept to fruition. In fact, if all goes well, the new bar could open as soon as the weekend of Oct. 19.

That’s good news for the Bay View area, which will gain yet another fun venue at which they can explore the wonders of the beverage world.

The interior of the space, which was designed with the assistance of Kyle Thompson of WILO Design, captures a comfortable modern vibe with warm dark blue tones and a variety of textures, including repurposed wood from the former Mitchell Leather Warehouse in the Third Ward. 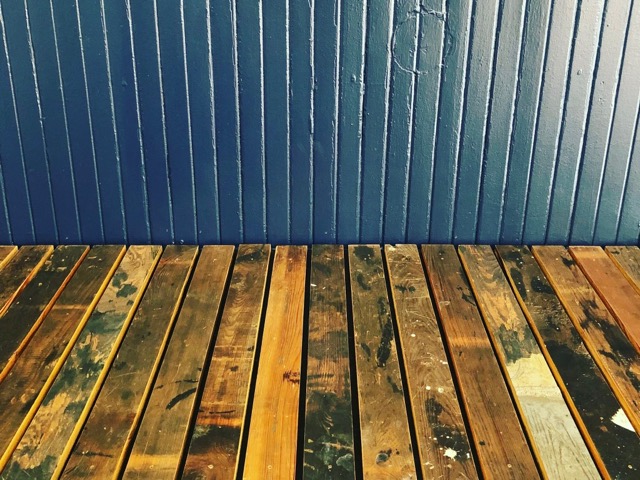 The bar itself will sport a zinc top that aims to capture a style that Burich describes as "Old French meets Brooklyn." 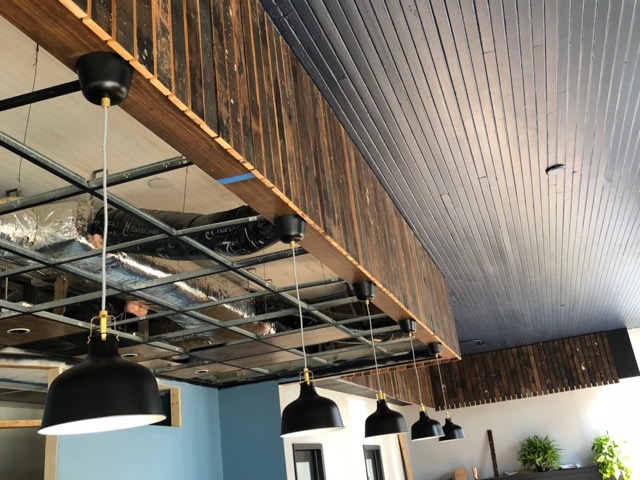 But it’s not just the interior’s design that will make the space something truly special.

"Every night the sun sets to the west behind the Basilica," notes Burich. "And we get this really warm light that’s really, really beautiful."

Wine, cocktails & the joy of exploration

Burich says they’ll be starting off with a wine list that contains about 30 selections, growing that list to 45-50 bottles by the holidays.

"We’re aiming for a really approachable wine list that’s organized by varietal," he says. "There will be some that are familiar, and some that are really unique. There’s something for everyone, from nerds to newbies."

Initially, all wines will be available by the glass, as well as in 2-ounce pours. Eventually, as the list grows, there will be bottle-only offerings. However, Burich says the goal is to always have a menu that allows people to easily and affordably explore multiple options.

Buck adds that a major goal for Voyager is to offer a very personal, conversational guest experience.

"So many of our wines are things that aren’t necessarily a hand-sell," Buck says. "So we’ll really be making ourselves available to have conversations with people about what they’re drinking."

He says they also want to focus on engaging the service industry community with regard to wine education.

"So many people don’t get to drink that wine that they’re serving to customers," he says. "So, we’d like to be the place that offers up cool deals for people in the industry. And we really want to give them a chance to taste and learn. We’re both industry veterans, and now that we’ve reached a place in our lives where we’re opening our own place, I think it’s really important to provide a spot for the people that we were as little as 10 or 15 years ago."

In addition to wine, Voyager will also maintain a short list of beer and cider as well as a small cocktail program featuring seasonal drinks, many, if not all, bottled for ease of service.

"I’m a cocktail guy, and I love making drinks," says Burich. "But for me, it’s about getting tableside with people and nerding out a bit. I really want all of us who are working on any particular night to be able to spend time with our guests."

Buck, who has spent the last 25 years working in restaurants including Hinterland and Dandan along with venues like St. Paul Fish Co., says the menu will feature a small collection of items that pair well with wine.

"We’ll have some really nice, quality cured meats," he says. "And – at least initially – we’ll use strictly Wisconsin cheeses, with a concentration on selections from Carr Valley Cheese."

There will also be numerous selections purchased from Third Ward restaurant, Fauntleroy, including foie gras torchons, country pate and housemade mustard. I

"We love those guys," says Buck. "They’re our buddies and they’ve been advisors on this project as it’s come along. They’ve been a huge help and we’re happy to work with them moving forward."

Buck says the menu is likely to evolve over time

"I might do a braise or a coq au vin, something braised and hearty during the winter months," he says. "For now, I’m concentrating on really getting to know how to run a bar, and then I’ll get back to playing with food again."

Guests who wish to linger at Voyager and would like to enjoy a more substantial meal will also be welcome to order food and have it delivered from area restaurants.

Get a first taste this weekend

Voyager won’t be open for at least a couple more weeks. But you can get a sense of what’s in store by attending a very special riesling tasting this weekend at DanDan, 360 E. Erie St.

"Maybe you love Riesling and you want to try out some new selections," says Burich."Or maybe you don’t know much about it – or you remember Riesling in the '80s – we’d welcome the opportunity to have you come in and change your mind."

The event on Sunday, Oct. 14 will feature selections from Robert Weil, maker of a good number of the world’s best rieslings. Weil will also be present at the event to talk about his winemaking process, answer questions and offer words of wisdom for riesling drinkers.

The casual afternoon tasting will take place between 3 and 6 p.m.; guests can drop by anytime during that window, but tickets are required. They’re just $35 and include tastings of numerous stellar wines. Service industry folks who purchase tickets will also get a $10 Voyager gift card. For more information or to purchase tickets, visit voyagermke.com/events-tastings.